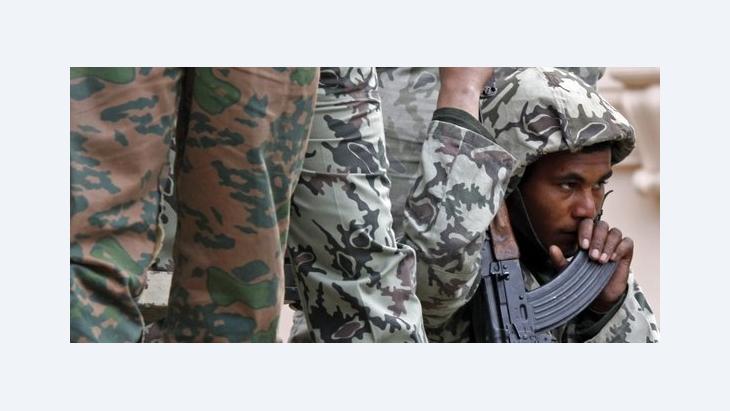 Maher Galal is convinced that the military government will never give up its power freely. As the son of a general, he knows the corrupt parallel system created by the Egyptian military. For years, he profited from the system himself. Now, his wish is for a just society. By Marlene Schröder

There were times when Maher Galal began to wonder. For example, when other youths had to celebrate their birthdays at McDonald's, because there was no way they would be admitted into a chic private club. Or when his friend Ahmed did not have the money to pay for the expensive medicine he needed. At this point in his life, Galal had never paid money for medicine.

An unimpressive, small card guarantees Galal access to a parallel world. It is his identification card for military personnel and their families. It also displays a photograph of his father and includes his name and rank. This identification card ensures Galal a whole range of amenities, benefits, and special treatments. These range from exclusive recreational clubs, free medicine, and exclusive hospitals to favourable conditions when purchasing a home.

And this is all his merely because Gala was born the son of an Egyptian general. Galal refuses to have his real name published out of fear for his family's safety. He can't ignore the fact that over the past year, many who spoke out against the regime have been killed. And a number of sharp critics have been convicted in military court.

An all-encompassing system of power 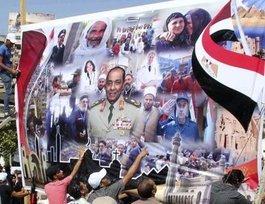 The perfect world of Field Marshall Mohammed Hussein Tantawi: After Mubarak's resignation, the former defence minister took control of the state as the head of the Supreme Military Council

​​After the National Democratic Party lost its dominant position in Egypt's political hierarchy, the Egyptian military assumed the role of the country's decisive political force. Yet, even before this state of affairs, the military was not simply an army, but rather an all-encompassing system of power, which penetrated into every area of society. It has traditionally played an enormous role in the power structure of the state.
Since the overthrow of the monarchy in 1952, every president has been a high-ranking member of the army. And the army has long been involved in many branches of the economy, as well.

Galal has known nothing else. Until recently, he had regarded the comprehensive power of the army as something positive. In comparison to the many other state institutions, which he viewed as seriously deficient, the army was a glowing symbol of strength, order, and discipline. "I thought it was the best institution in the country," he says. Whenever his father came home and Galal saw his uniform, he was filled with a sense of deep respect. He saw the military as the "protector of the country".

Although Galal always regarded himself a moral and reflective person, he found it difficult to recognize his privileges for what they actually were. Almost all of his friends were either rich or came from military families.

The army's recreational clubs ensured that the children of the military remained among themselves. They feature numerous sports facilities and are often used for wedding ceremonies and even funeral services. Club grounds, reminiscent of luxury hotels, are small oases of calm in the otherwise bustling Cairo.

Galal often went there to do his homework and was a member of a club swimming team. For a nominal monthly fee, he was able to use a modern and fully-equipped fitness studio, watch television on a large screen, and have access to private fitness trainers. 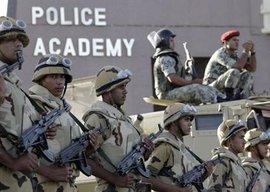 "The best institution in the country"? In Egypt, the military is not simply an army, but rather an all-encompassing system of power, which penetrates into every area of society

​​When Galal reflects on all this today, he doesn't think that these luxury facilities are the decisive factor in explaining why it is so difficult for military members and their families to give up their privileged status. Galal feels that the explanation lies in the general political situation. The more unjust and arbitrary a system is, the greater the impression that one has to fight for one's own survival.

Protection from the arbitrary use of state power

"Privileges also served to protect me from the arbitrary use of power by the state," says Galal. For instance, when he was approached by a policeman on the street and Gala feared trouble, he could simply show his military identity card. "Even if the policeman had been rude just a moment before, after seeing the card he immediately becomes very respectful and leaves you alone," says Galal.

Without the military identity card, Galal would have no means to protect himself from arbitrary state power. "We've lived for 30 years with corruption and dictatorship," says Galal. Until last year, he had no hope of any changes. He thought things would just continue that way until the end of his life. "When that is what life is like, you need privileges to survive. Otherwise, you're simply lost," claims Galal. And those who have no special status and are also poor find themselves in an extremely difficult situation.

The mass protests of last year have changed Galal. Instead of attempting to maintain his place within a corrupt system, he began to question the system as a whole. He frequently discussed the issues with like-minded peers and contemplated a new Egypt. His greatest inspiration was Mohamed ElBaradei, former head of the International Atomic Energy Agency and the only Egyptian politician that Galal regards as honest.

Galal took part in demonstrations and joined in chanting slogans characterizing the Military Council as "liars". Galal continued to protest even after former ruler Hosni Mubarak transferred power to the Military Council. "There is simply no difference between the two. It is the same regime," says Galal. However, he noticed that not all of society was on the same path. Fewer and fewer people were taking part in the demonstrations. Society was divided once again.

Symbol of despotism and injustice 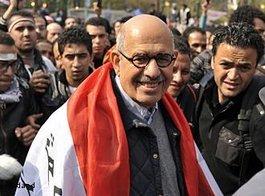 ​​Although Galal vehemently supports a free and democratic Egypt, he pauses for a moment when asked if he would be willing to give up all of his privileges. "I want a just system in which everyone is treated the same and where there are no special rights," he responds. But what if the situation remains the same? "Then I don't want anything to happen to my family or that my life is placed in danger." It sounds as if he hopes for changes that will make his privileges superfluous.

Galal does not place his hopes for a better future with the Egyptian military, which he regards as a symbol of despotism and injustice. He accuses the ruling Military Council of not being any quicker in handing over power to a civilian government and, instead, continuing despotic rule. He holds the Military Council responsible for the deaths of demonstrators and the military trials.

"They will never give up power freely," says Galal about the ruling Military Council. He is boycotting the presidential elections. "They will choose a president who will be their marionette," insists Galal. The list of reasons why other Egyptians nonetheless support the military is a long one. Some think that it is vital to support the only strong institution remaining in the country, otherwise Egypt will perish. Others stand behind the military out of a sense of patriotism.

There are still those Egyptians who feel that the military protected the "revolution". Galal emphatically rejects one reason in particular, namely, that the population should be patient with the military, as it did promise to give up power. "We have already waited for 30 years," says Galal. His patience is at an end.

Home
Print
Newsletter
More on this topic
Interview with the Egyptian Historian Khaled Fahmy: ''The Army Lacks a Vision for the Future''Interview with Bouthaina Kamel: ''The Revolution Is Not Over as Long as the Military Rules''Interview with George Ishak: ''We Need a New Revolution''
Related Topics
Arab Spring, Arabellion, Egypt Revolution 2011, Egypt's army
All Topics

Egypt hopes to jump-start the action needed to face a warming world when it takes the presidency of major UN climate talks in November, but warns that countries need a "reality ... END_OF_DOCUMENT_TOKEN_TO_BE_REPLACED

A ceasefire has been in effect in Libya for the past year and a half. Yet after Russia's attack on Ukraine, another proxy war looms in Africa's most oil-rich country. Mirco ... END_OF_DOCUMENT_TOKEN_TO_BE_REPLACED

It is the biggest order in the history of the Siemens Group: a 2,000-kilometre railway network for high-speed trains is to be built in Egypt. But the project raises numerous ... END_OF_DOCUMENT_TOKEN_TO_BE_REPLACED

Archaeologists have discovered 250 sarcophagi and 150 bronze statues during excavations in the necropolis on the western bank of the Nile. ... END_OF_DOCUMENT_TOKEN_TO_BE_REPLACED

The lack of grain supplies from Ukraine is forcing Egypt to act. Now even the Toshka project is being revived to grow grain in the desert. Birgit Svensson travelled to see it END_OF_DOCUMENT_TOKEN_TO_BE_REPLACED

END_OF_DOCUMENT_TOKEN_TO_BE_REPLACED
Social media
and networks
Subscribe to our
newsletter