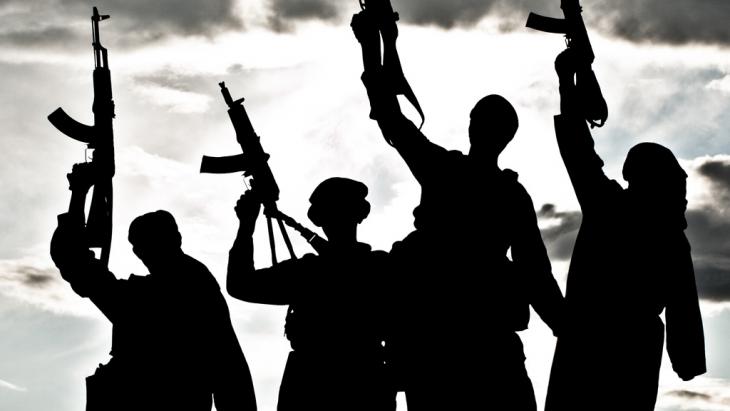 The Paris attacks and Arab responsibility

The massacres in Paris showed what a catastrophe the Al-Baghdadi "caliphate" represents and how it threatens to drag whole generations into a "clash of cultures". High time for Arabs and Muslims to seek out the roots of the fanaticism and delusion that have spread since 9/11, says the Lebanese journalist Zuheir Quseibati, bureau chief of "Al-Hayat" newspaper

As soon as the Syrian regime relinquished its chemical weapons arsenal, President Obama was in a hurry to clinch the next deal: a nuclear treaty with Iran as a "guarantee of a more peaceful world" and more security for Israel. Meanwhile, the campaign of destruction in Syria continued to rage. Obama was busy dealing with a measles outbreak in the USA, while the Syrian regime was killing dozens of unarmed civilians in their own homes day after day.

Although the master of the White House never tired of condemning the Assad regime, his primary aim was to keep American soldiers away from the battle zones that rose up in the wake of the "Arab Spring". Through his hesitation and weakness he ended up encouraging Tehran and Moscow to offer the Syrian regime all possible means of support – combat troops, ethnic cleansing and expulsions, all under the pretext of "purging" Syria of terrorists.

Even in the fight against the IS and its atrocities, the White House sufficed itself with a war from the air as the terrorist militia gained more and more territory, probably assuming that Europe would for its part take bolder steps to try to eradicate it. Obama's disinterest with regard to Europeans possibly taking up the fight on Syrian soil is hard to overlook since the massacres of Paris. If the Europeans take action, it would elegantly cover up the humiliating fact that the US administration has only managed to train 50 Syrian opposition fighters in an entire year.

The Syrian regime and its allies are accordingly confident that America will remain incapable of putting a stop to the Syrian tragedy and that Russia will be only too happy to seize the opportunity to take revenge on the West after the conflict over Ukraine. Assad has already started attacking areas under opposition control.

They all want war with IS

Relying on the possibility that Putin's interests might change, eventually causing him to drop Assad, is looking increasingly premature. Meanwhile, Tehran is speaking of Assad's "right" to run in future elections. Russia and Iran are trying to reduce the options for the Syrian tragedy to two factors: political reforms involving only the "patriotic" opposition, while the insurgents would be asked to kindly join forces with the regime to fight "terrorists". 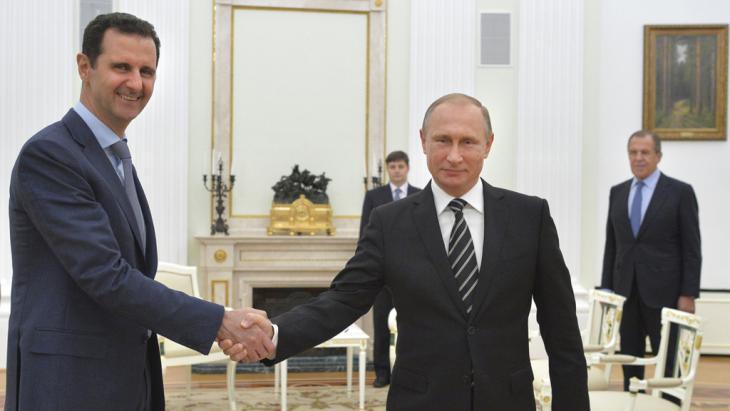 Solid alliance between Moscow and Damascus: "relying on the possibility that Putin's interests might change, eventually causing him to drop Assad, is looking increasingly premature", opines Zuheir Quseibati

But what has now changed in the wake of the massacres in Paris and the state of emergency the IS has triggered in France? For one thing, Vladimir Putin has managed to make everyone's priority war with IS; any insistence on new leadership in Damascus has been relegated as a result. For another, he has found a new ally in Francois Hollande, intent on joining him to punish the ″caliphate″. The authority of the one has been tarnished by the attack on a Russian plane over the Sinai, and in the other one's country security is under threat now that IS has brought the battle to French soil.

Some Arabs may be asking: is it really worth thousands more Syrians losing their lives to depose Assad? Nevertheless, it must be kept in mind what the probable cost would be were his regime to be allowed to persist, even if some of those in the opposition were to join him.

Furthermore, now that the massacres in Paris have shown what a catastrophe the Al-Baghdadi "caliphate" represents and how it threatens to drag whole generations into a "clash of cultures", Arabs and Muslims should be asking about the origins of the extremism, fanaticism and delusions that have spread since 11 September 2001.

We Arabs are also at fault

Even if we share the often-voiced opinion that many Arab societies were stable only as long as they were under tyrannical rule, we still need to ask ourselves this question. After all, we all were complicit in feeding these tyrannical regimes a steady stream of new generations. 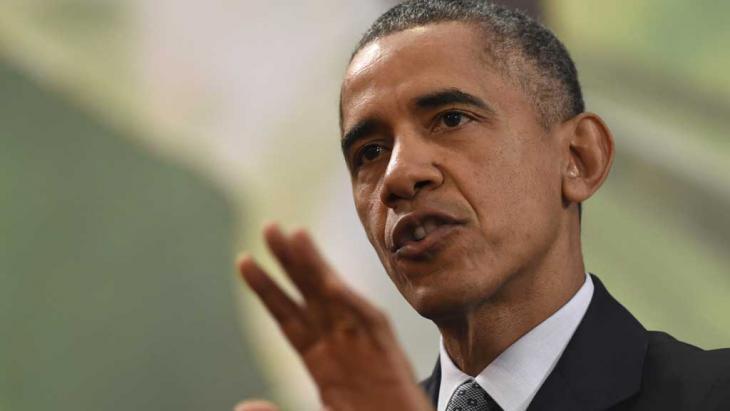 In retreat: "Obama's disinterest with regard to Europeans possibly taking up the fight on Syrian soil is hard to overlook since the massacres of Paris. If the Europeans take action, it would elegantly cover up the humiliating fact that the US administration has only managed to train 50 Syrian opposition fighters in an entire year", writes Zuheir Quseibati

We were only too willing to chime in with slogans for the liberation of Palestine and to boast that we stood on the side of the poor. Yet we never did build any factories that would have brought them income and dignity. Instead, we built hundreds of mosques, and when Osama bin Laden appeared, thousands of university graduates evidently had no choice but to put their knowledge at the service of al-Qaida and to depart for the terrorist camps.

The Arab mind is still trapped in a backward pattern of "revenge for poverty through suicide", and this scheme is now accompanied by a roaring trade in religious slogans of all kinds.

We are the ones at fault for the crimes in Syria. There was a miniature Baath regime in every Syrian household, because everyone wanted to buy the protection of the regime, even at the price of children being instructed to spy on their own fathers to ensure their loyalty.

Would it not have saved many tens of thousands of lives had the Syrians revolted twenty or thirty years ago? And if the Libyans had stood up to Gaddafi two decades ago or earlier, would a trip cross country from west to east still be more difficult today than one from the North to the South Pole?

We are all to blame for the catastrophe. Perhaps we are even more cowardly than Obama.

Using a graphic novel to address a contentious issue like the Algerian war of independence may seem an odd choice, but new release "Algeriennes", translated into English by Ivanka ... END_OF_DOCUMENT_TOKEN_TO_BE_REPLACED

Although a unity government was formed in Libya in March 2021, tensions and possible crises between the political actors are already emerging. What problems does the country face ... END_OF_DOCUMENT_TOKEN_TO_BE_REPLACED

India hits record numbers of COVID-19 infections worldwide for the sixth day running, as health systems buckle under the pressure, and shortages of medical oxygen and hospital ... END_OF_DOCUMENT_TOKEN_TO_BE_REPLACED

On 7 March, Switzerland became the latest European country to vote in favour of a so-called "burka" ban. It was yet another feather in the cap of the right-wing populist Swiss ... END_OF_DOCUMENT_TOKEN_TO_BE_REPLACED

German Middle East analyst Guido Steinberg and television journalist Ulrich Tilgner have both published new books on the conflicts in the Middle East. Their analyses and their ... END_OF_DOCUMENT_TOKEN_TO_BE_REPLACED

In Grenoble, France, two professors have been pilloried in a dispute over the use – or otherwise – of the term Islamophobia. Is freedom of speech in jeopardy? By Stefan Dege and ... END_OF_DOCUMENT_TOKEN_TO_BE_REPLACED
Author:
Zuheir Quseibati
Date:
Mail:
Send via mail

END_OF_DOCUMENT_TOKEN_TO_BE_REPLACED
Social media
and networks
Subscribe to our
newsletter