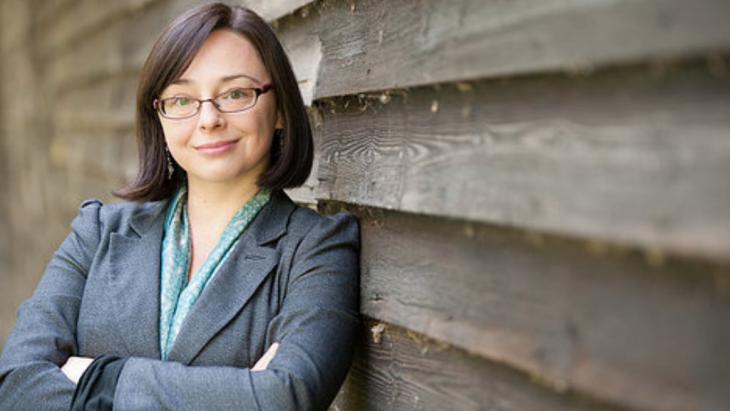 "The Pearl of Dari" by Zuzanna Olszewska

Tucked away in an unprepossessing side street in a working-class neighbourhood of the eastern Iranian city of Mashhad is one of the most ambitious Afghan refugee projects: the "Dorr-e Dari" (literally: pearl of the Dari) literature institute. Every week young exiled Afghans come together here to workshop their poems, exchanging discussion and style critique.

The cultural anthropologist Zuzanna Olszewska describes her first visit to "Dorr-e Dari" in 2005 with astonishment. A 25-year-old Afghan woman who grew up in Iran, dressed in a traditional chador, read out her latest poem – a sophisticated and overt criticism of gender relations in her surroundings.

That moment opened up a new perspective on Afghans in Iran. No longer oppressed and wordless migrants, they were seeking creative ways to express their concerns and emotions. Olszweska′s fascination for the subject blossomed into a PhD thesis, published as a book in 2015 under the title "The Pearl of Dari".

How do young Afghans whose parents were once landless farmers and now perform mainly menial work come to be so intellectually astute? To explain that, Olszewska gives us a broad overview of the history of Persian poetry and the past of the Afghan diaspora. In addition, she examines the political and social dynamics of modern Iran, expertly navigating through diverse subject areas.

The book teaches the reader a great deal about a complex region. The Persian language, which has produced an enormous wealth of literature, is the most obvious cultural denominator shared by Iranians and Afghans to this day. For Afghans seeking access to literary activities in Iran, studying and writing poetry is a cultural leg-up. Poems are thus both personal forms of expression and a form of social emancipation. 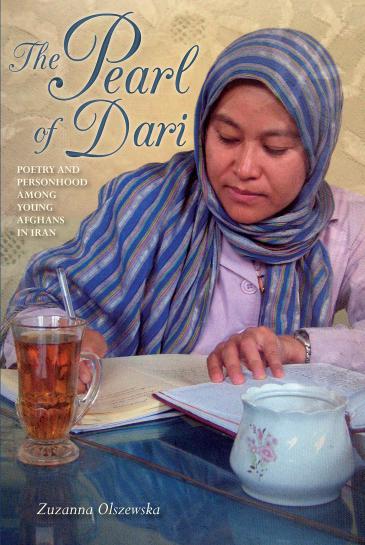 Writing poetry as an act of social emancipation: in ″The Pearl of Dari″, cultural anthropologist Zuzanne Olszewska describes how Afghan poets in exile achieve empowerment through writing. The situation of Afghans in Iran is precarious: denied citizenship and basic social rights, they face major discrimination

The first major migration from Afghanistan to its western neighbour Iran took place almost forty years ago. About half the Afghans there originally came from the Shia-dominated Hazarajat region, regarded in Afghanistan as particularly underdeveloped. Along with war, driving factors for the Hazaras′ migration to Iran included poverty, oppression and the perception of Iran as a Shia brother state.

Compared with their country of origin, Afghans view Iran as more economically developed and also more specific in religious terms. As Olszewska shows, Afghans see Iranian religious practice as modern and free from superstition. In Iran, Afghan women can also take on public roles, something inconceivable in Afghanistan.

Between identification and alienation

According to estimates by the Iranian interior ministry, some three million Afghans are currently resident in the country. Their situation is precarious, as the majority of the refugees have no permanent residency status and are labelled by the state as "illegal".

The Afghans are thus refused basic social and civil rights. Discrimination goes so far that Afghans have been banned from visiting popular holiday destinations. Yet these same Afghans make up an important part of Iran′s workforce, labouring in tough, dangerous, usually underpaid sectors and widely regarded as reliable workers.

Olszweka′s book shows that the identity question is not easy to answer for Afghans living in Iran. The Afghans′ feelings towards Iran range from identification and hope to alienation and desolation.

In such a tense situation, poetry is a deeply personal activity, a "means of emptying oneself of sorrow and disappointment in the privacy of one′s own notebook," as Olszewska writes. The insecurity of illegal status and the experiences of deportation and imprisonment are recurring themes in the poems Olszweska documents in her book.

Her convincing narrative brings together theory and sharply observed fieldwork. Olszweska draws many intelligent connecting lines, explaining for instance how the poems of young Afghan women telling of unrequited romance fit into the larger tradition of Persian mystic love poetry. Or how the strict Islamic structuring of public space in Iran has led to a measure of emancipation for Afghan women from conservative backgrounds.

Conflict between self-control and self-expression

The author is meticulous about communicating her methods, revealing her own learning processes and challenges in her work. It is particularly interesting to read about how Olszewska herself gradually takes on the traditional behavioural codes within Iranian and Afghan households. She soon finds it unpleasant to remove her obligatory headscarf in front of men in domestic spaces. Olszewska thus experiences at first hand the essential conflict between self-control and self-expression to which the young female poets in her study are subject.

The product of twelve months of fieldwork in Mashhad thereby also becomes an interesting insight into the work of a cultural anthropologist. At the same time, Olszewska is a good example of how academics can leave the ivory tower and make an important contribution to cultural sensitisation.

This focus on poetry, which has a unique cultural dynamic in the Persian-speaking world, here becomes a mirror of Iranian society – revealing a picture significantly more complex than most studies from a foreign perspective.

Zuzanna Olszewska: "The Pearl of Dari: Poetry and Personhood Among Young Afghans in Iran" (published by Public Cultures of the Middle East and North Africa), ISBN 13: 9780253017604

Can what Nahdlatul Ulama calls the "re-contextualisation" of Islam be achieved by authoritarian regimes seeking to ensure their survival by projecting themselves internationally ... END_OF_DOCUMENT_TOKEN_TO_BE_REPLACED

Germany’s electorate includes some 7.4 million citizens with international roots, while many more millions of residents from abroad aren’t allowed to vote. Both groups are often ... END_OF_DOCUMENT_TOKEN_TO_BE_REPLACED

A deluge of books, movies, series and cover stories: ever since the events of 9/11, the West has seemed almost manically preoccupied with Islam. Yet this has rarely led to deeper ... END_OF_DOCUMENT_TOKEN_TO_BE_REPLACED

Despite their promises of "moderate" rule, the Taliban have announced the end of mixed classes in universities and a ban on sports for Afghan women. Many are taking the streets to ... END_OF_DOCUMENT_TOKEN_TO_BE_REPLACED

Twenty years after 9/11, the world is faced with the dual challenge of Islamophobia and anti-Westernism. Ahmet Kuru argues that Muslims in the West, well versed in both Western ... END_OF_DOCUMENT_TOKEN_TO_BE_REPLACED

Two decades after the attacks of 11 September 2001, the West faces the shattered debris of its failure – not only in Afghanistan, but also in Iraq, Syria, Libya and Yemen. What ... END_OF_DOCUMENT_TOKEN_TO_BE_REPLACED
Author:
Marian Brehmer
Date:
Mail:
Send via mail

END_OF_DOCUMENT_TOKEN_TO_BE_REPLACED
Social media
and networks
Subscribe to our
newsletter