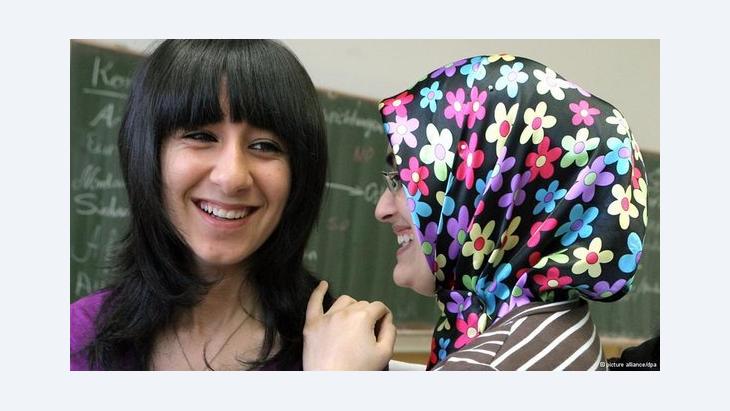 The Perception of Muslims in the German Media

Heavy on the Clichés

A recent study shows that Muslims are often negatively portrayed in the German media. Is this really the case? The research indicates that this trend has been in evidence since 9/11. Klaudia Prevezanos has the details

For years, the terms "doner murders" and "Turkish mafia" were used by German media in reports about a series of attacks that resulted in the murder of nine Turkish and Greek immigrants. In November 2011, it emerged that the murders were probably committed by an extreme right-wing terror cell calling itself the National Socialist Underground, or NSU.

For Semiya Simsek, the daughter of the first victim, these are "thoughtless, cynical and racist" terms. She has written a book about the murder of her father, Enver, titled Schmerzliche Heimat (Painful Homeland). "Now everyone realizes that these are racist terms, but that wasn't the case back then," she says today, referring to the conduct of the media since it became clear that the killers were driven by right-wing motives and that the murders were not related to criminal activities within the victims' families. The NSU trial is set to begin on 6 May 2013 in Munich.

Portrayal seen as "negative" or "much too negative"

Was this just a shameful exception for both the German media and the investigating authorities? How exactly are Muslims portrayed in the German media? In March 2013, the Expert Council of German Foundations on Integration and Migration (SVR) published a study appraising the views of more than 9,200 people in the summer of 2011. In it, 74 per cent of interviewees with a migrant background and almost 71 per cent of interviewees without a migrant background described the portrayal of Muslims in the German media as either "negative" or "much too negative". The SVR says that of the Muslims polled, more than 82 per cent share this view.

﻿﻿"The results of the study are backed up by many reports that we get from Muslims," says Aiman Mazyek, chairman of the Central Council for Muslims in Germany (ZMD), one of the four most important Islamic umbrella organizations in Germany. Mazyek goes on to say that a general feeling of suspicion towards Muslims increased in the aftermath of the 9/11 attacks in particular, and that in general, the markedly negative reporting on issues relating to Muslims has increased considerably.

"This is because in public discourse and the media, there is often no distinction made between extremism and Islam," says the ZMD chairman. More than 3,000 people were killed by Islamic extremists in the 9/11 attacks, which took place in 2001.

The concepts of good and evil were redefined 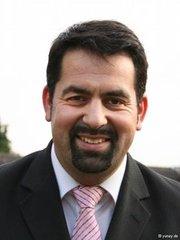 "The prejudiced view that immediately associates extremism with Islam – and therefore also with Muslims – is still far too prevalent in the German media," says Aiman Mazyek

"9/11 was certainly a turning point, a moment that changed many people's world views, and these views are upheld by the media in the long term," says Margreth Lünenborg, professor of journalism and director of the International Journalists' College at Berlin's Free University (FU). "In short, the concepts of good and evil were redefined; this redefinition took place in both the Christian West and the East after 9/11," she says. "And there is little evidence to suggest that people think they should be considered obsolete."

The Federal Office for Migration and Refugees says that there are more than four million Muslims living in Germany, constituting more than four per cent of the population. So when it comes to Muslims, do German media still peddle the old clichés of veiled women and grim-faced bearded men?

"Media research indicates that Muslims have become the symbolic 'others' in media portrayals, and women with headscarves are the stereotype – not only for Muslims, but also generally for non-Christians, for non-Westerners and for anyone who does not belong to our national culture," says Lünenborg, who specializes in research into migration and media.

﻿Highly simplified image of the lives of Muslims

Lünenborg, who herself trained as a journalist, appreciates that reporting requires a degree of simplification and cannot show all aspects of life. But in the case of the portrayal of Muslims in the German media, this is problematic because the portrayal is becoming increasingly stereotyped.

"In reality, the media is only giving us highly simplified images of the lives of Muslims in Germany: reports are for the most part tainted with problems or conflicts, and rarely report on success stories," says Lünenborg. "The German media barely focuses on all that lies in between." 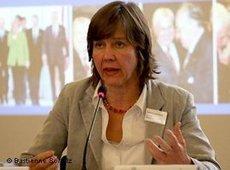 "Many Muslims would like to be visible in the media as part of the fabric of everyday life in Germany […] A more diverse perception of everyday German life might arise if this diversity were also reflected in the editorial offices of newspapers and broadcasters," says Margreth Lünenborg

Mazyek, who has been chairman of the ZMD since 2010, has observed that journalists today know more about Islam than they did 20 years ago. "There is a certain quality in reporting, and of course it's great when good coverage is given to the Muslim fasting month of Ramadan," he says.

Mazyek points out that while the number of stories linked to Islam has increased dramatically, without appropriate powers of discrimination, this can also be problematic: "The prejudiced view that immediately associates extremism with Islam – and therefore also with Muslims – is still far too prevalent in the German media," says Mazyek.

According to Mazyek, reporting on Islam in the US and Britain is more sophisticated because many members of the Muslim community there are well-educated – unlike in Germany or France where large sections of the community have an uneducated background. Says Mazyek: "Muslims there are better equipped to stand up for themselves and make a constructive contribution than Muslims in Germany, for example."

Lünenborg, who conducted exhaustive interviews with migrants for the purposes of her research, knows that "many Muslims would like to be visible in the media as part of the fabric of everyday life in Germany – as bus drivers or sports coaches, for example. A more diverse perception of everyday German life might arise if this diversity were also reflected in the editorial offices of newspapers and broadcasters," she says. However, of all the journalists working in Germany today, less than five per cent are thought to have a migrant background.

Lünenborg is very reserved on the subject of how media influences society: "The way the media creates images in the minds of the public – and that includes Muslims – is highly complex; it's not a directly functioning mechanism." she says. "Nevertheless, these images are by no means insignificant."

Libyan political analyst Faraj Alasha argues that the Berlin conference on the Libyan war did nothing to change the fact that there is no political solution to end the war raging ... END_OF_DOCUMENT_TOKEN_TO_BE_REPLACED

As COVID-19 sweeps across the globe, it is forcing religions to adapt and take action to prevent infection. But experts warn against using the crisis to fuel conspiracy theories. ... END_OF_DOCUMENT_TOKEN_TO_BE_REPLACED

Germany continues to believe in the fiction that palm oil obtained from South East Asia to blend with diesel fuel is ecologically sound and climate-friendly. But that belief is ... END_OF_DOCUMENT_TOKEN_TO_BE_REPLACED

On their fourth CD "Irade" (willpower), Masaa has left its piano sound behind, yet continues with its new guitarist to pursue a path that bridges jazz improvisation and Arabic ... END_OF_DOCUMENT_TOKEN_TO_BE_REPLACED

The parties at the centre of Germany's political landscape have often exhorted citizens to distance themselves from the right-wing AfD party. And yet, Europe's response to what is ... END_OF_DOCUMENT_TOKEN_TO_BE_REPLACED

Mohammad Rasoulof’s film "Sheytan Vojud Nadarad" (There is No Evil) won the Berlinale, perpetuating the robust presence of Iranian cinema at the festival during the post-Kosslick ... END_OF_DOCUMENT_TOKEN_TO_BE_REPLACED
Author:
Klaudia Prevezanos
Date:
Mail:
Send via mail

END_OF_DOCUMENT_TOKEN_TO_BE_REPLACED
Social media
and networks
Subscribe to our
newsletter