The photographer Judah Passow, four times awarded with the World Press Award, abhors religious fervour and works towards social tolerance. Alexandra Senfft met with Passow in London and offers us a portrait of the man 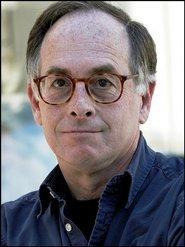 Judah Passow is disappointed with the current social reality in his native land of Israel. "Social tolerance has sold out to religious fervour. Cultural pride has become political arrogance."

​​"The conflict drove my friend, the Palestinian author Samir el-Youssef, into exile. And I have killed because of it. It can't get any more real than that," says Judah Passow and gazes pensively through his round, brown-rimmed glasses on to the street at the slow-moving London rush hour traffic. In 1973, Judah fought on the front line in the Yom Kippur War and was one of the first six Israeli soldiers to cross the Suez Canal in a rowboat as a scout.

The troops of the Egyptian resistance had fled and Judah's unit gave the signal to the army to begin military operations. As Ariel Sharon finally declared a cease-fire, Judah and his compatriots had already advanced deep inside of Egypt. "We could see the lights shimmering in Cairo."

Abstract thinking as a fundamental problem

If there is one thing that Judah can't stand, then it is people that discuss this conflict in abstract terms and often in complete ignorance, while offering no practical solutions.

"Many people think that they can contribute something to the resolution of this conflict. But the real problem is posed by those who have made the conflict their intellectual hobby and talk in abstractions. They have absolutely nothing to lose, yet complicate everything with their arguments, which often serve others as justification for their actions," he says. Even Jews in the Diaspora don't automatically have the right to interfere. Israel is first and foremost a concern for the Israelis themselves.

It is not the task of Israel to resolve the identity problems of American, British, or German Jews, says Judah. Of course, anyone, whether Jewish or not, can express their opinions. After all, we live in a democracy. Most of these people, however, would do best by refraining from engaging any discussion about Israel.

"The last thing that Israel needs now is neurotic immigrants from the West."

Judah's photos show extremely varied realities and perspectives. They arouse the feelings of the viewers, although often unconsciously. He constantly seeks out subjects that on the surface seem simple, but which nonetheless conceal complex stories, such as the tragedy of the Palestinian-Israeli conflict. He frequently explores the issue of the asymmetrical balance of power between the two sides. 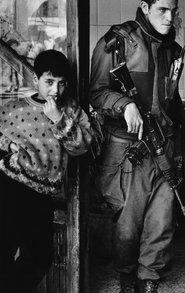 Over the past few decades, Passow has been commissioned by many international publishers to document conflicts such as that in Afghanistan and the occupied territories

​​When the 61-year-old reflects on the artistic and intellectual scene of Tel Aviv, then he is truly in his own element. It is the future. Jerusalem, on the other hand, symbolizes for him the antithesis of the modern, secular, Zionist-socialist state that he would have wished for. Jerusalem is too religious, too ideological, intolerant, and uncreative.

Judah was born in early 1948 in Holon, when the state of Israel was not even a year old. Judah's father headed the public relations section of the renowned Weizmann Institute of Science, which then had as its director no less a person than President Haim Weizmann himself. When Judah was five years old, the Passows moved to the USA. This marked the beginning of Judah's second identity forming phase, socialization à la New York.

From then on, the family travelled to Israel only during summer vacations. And for Judah, this meant adventure. "Israel was probably the only place in the world in which one could be materially successful and yet still champion socialist ideals. There were no 'champagne socialists', as they are called in London," says Judah.

Speaking in his pleasant New York accent, which he has kept even though living in England, he also describes his vacations in Zionist summer camps in Pennsylvania that were organized by the youth movement of the Israeli Labour Party.

Myths as the problem

"There was an attempt in the 1960s to maintain the ideals of the pioneer period before the establishment of the state of Israel. And this was at a time during which Israel was attempting to brush off its dust and sand!" said Judah. He then continues somewhat annoyed.

The tensions, ambivalence, and complexities of the Middle East through the camera lens: Judah Passow's photo from 2004 shows a young Palestinian girl squeezing through a gap in the wall near Abu Dis on the West Bank

​​"It is in this way that a huge gulf developed between Israeli reality and what the Zionist movement abroad was conveying about the country, namely, a pile of myths. This created many of the problems that exist even today between Israelis and Jews in the Diaspora who have simply accepted these myths at face value."

After completing a film programme at the University of Boston in 1971, he was supposed to be called up to fight in the Vietnam War. At the time, he was more engaged with protests against the war and with the hippie movement. On the advice of his parents, he decided to return to Israel, not suspecting that war would also break out there only two years later.

"When I landed at Ben Gurion Airport with my long hair and world-views, I was probably the last candidate that the Israeli Army would have wanted to accept," he says amused.

Religious fervour instead of social tolerance 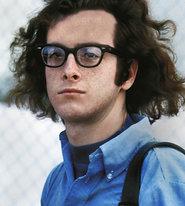 "When I landed at Ben Gurion Airport with my long hair and world-views, I was probably the last candidate that the Israeli Army would have wanted to accept," Judah Passow says amused, recalling his return to Israel in the 1970s

​​His vivid stories of this time make clear that serving in the Israel Defence Forces provided him with discipline and strengthened his character. "The army back then was really like what one sees in the American TV series M*A*S*H," says the photographer. "It was egalitarian with a socialist orientation." This characterized his relationship with an Israel that today no longer exists, as both social and political values have dramatically changed. He is painfully aware of this fact.

"Social tolerance has sold out to religious fervour. Cultural pride has become political arrogance. The pioneer spirit has disappeared and in its place are left only shattered dreams."

Rapid career as a photographer

In 1974, he received a sudden call from the Jerusalem Post. They needed a photo. Judah, who had studied photography during his film programme, took the picture and was subsequently offered a job as photographer with the newspaper. From then on, his career rapidly advanced. Four years later, the Israeli-American photojournalist moved to London. There, he soon found work with renowned nation-wide newspapers and Sunday papers such as The Times and The Sunday Telegraph.

In the late 1970s, Der Spiegel engaged him to document the conflict in Afghanistan, and, in 1982, The Observer sent him to photograph the war in Lebanon. Later, he went to Bosnia and other hot spots. Work for many internationally renowned publications followed, including Die ZEIT.

He and his friend Samir el-Youssef still share the dream of a seafront café in a quiet place under the sun, where individualists can feel at home, discuss, laugh, or keep to themselves. Visitors come only occasional and those that drop in are free from stereotypes – no salon Zionists or Palestinian nationalists, no radical Jewish settlers or extremist Hamas supporters. Until this dream can be fulfilled, Judah Passow will continue to document the tensions, ambivalence, and complexities of the Middle East.

Abridged from the book "Fremder Feind, so nah. Begegnungen mit Palästinensern und Israelis" (The Enemy as Stranger, so close. Encounters with Palestinians and Israelis) by Alexandra Senfft, edition Körber-Stiftung 2009.

Palestinian-British Author Samir El-Youssef
The Language of a Lost Youth
The Palestinian writer Samir El-Youssef has found his identity in exile in London. Yet the idea of a homeland has always been alien to him. A portrait by Alexandra Senfft

Obituary: Dan Bar-On
Dialogue against Walls of Silence and Hostility
The Israeli psychologist and author Dan Bar-On died in Tel Aviv on 4 September. Bar-On was a leading force in the field of intercultural conflict management between Israelis and Palestinians. An obituary by Alexandra Senfft

END_OF_DOCUMENT_TOKEN_TO_BE_REPLACED
Social media
and networks
Subscribe to our
newsletter