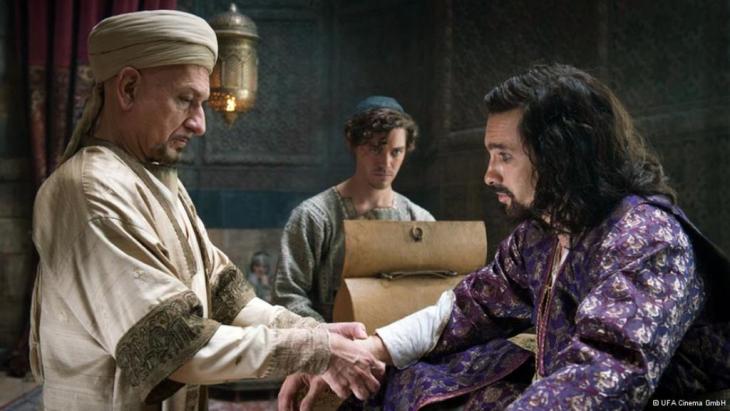 "The Physician" by Noah Gordon

The long road from international bestseller to film

The novel "The Physician" was one of the biggest international successes of the last few decades. So it's all the more surprising that it wasn't made into a film years ago. A big-screen version has now finally been released – with a German production team. By Regina Roland

"The Physician", a historical novel by the American author Noah Gordon, has sold more than six million copies in Germany alone. Shortly after it was published in Germany in 1987, the German film producers Wolf Bauer and Nico Hofmann tried to buy the film rights. But they were 14 days too late: the rights had already been sold. And then… nothing happened. For more than 20 years. The project lay forgotten in a drawer, and the novel acquired the reputation of being unfilmable.

Five years ago, the rights reverted to the author, Noah Gordon. Wolf Bauer and his colleague Nico Hofmann decided to fly to Boston to speak to Gordon in person. At first the author was sceptical: he had little faith in film producers after the initial, failed attempt. At last, though, the two Germans managed to convince him.

However, Gordon had very clear ideas about how the book should be filmed. He didn't want it to be just another big commercial spectacle in a historical setting. He was looking for an approach that would take into account all the different layers of the book, including the critical ones.

Tolerance and friendship between people of different religions

This was precisely what attracted the young director Philipp Stölzl to the film. "It's about religion and friendship between people of different religions," he says. The central character, Rob, is a Christian; his friend Mirdin is a Jew, and his other friend Karim is a Muslim. For Stölzl, this friendship is representative of understanding between the religions. Particularly in a film like this, "which is first and foremost a huge, fantastic, dazzling, colourful adventure movie that deals with the thirst for knowledge, great love, and a coming-of-age story, it's very important that we also fundamentally address substantial, important themes," he says. 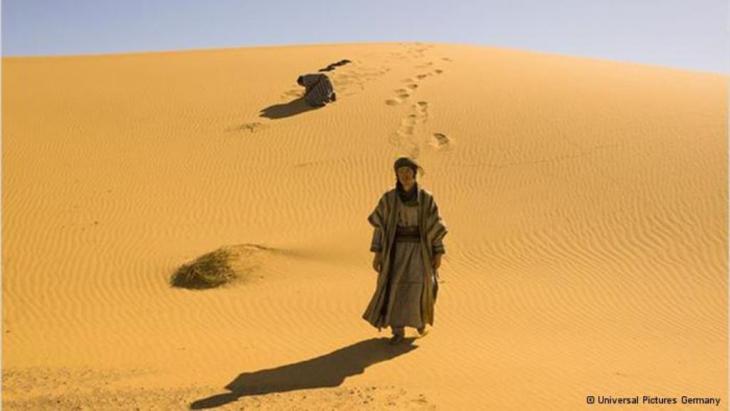 It took almost 30 years and countless script rewrites before the international bestseller "The Physician" was finally made into a film, with the German director Philipp Stölzl

For Noah Gordon, a key requirement was that the film should show precisely this: tolerance between religions, as well as the religious conflicts of the age. Gordon eventually gave his permission for the film, but on one condition: he wanted to write the first draft of the screenplay himself in collaboration with his daughter. However, the author of the almost 900-page novel had overestimated himself. He had difficulty turning his own book into a film, so other writers were called in.

The English-American author David Scott rewrote the screenplay 17 times; then Andrew Birkin, who adapted Patrick Süskind's bestseller "Perfume" for the big screen, turned his hand to the material. When Stölzl joined the project as director he wanted to find his own way into the film, so he brought in his trusted colleague, Jan Berger, to work on the script. The final version, the one we see on screen, was then created over a four-year period in consultation with the producers, Wolf Bauer and Nico Hofmann.

One of the main themes in both the book and the film is the contrast between eleventh-century medieval England and the Persia of the day, which was both scientifically and culturally very advanced. During this period, Greco-Roman medicine almost died out in Europe: there were no doctors and no hospitals, only so-called barber surgeons with a limited understanding of the healing arts. At the same time, in Persia, there were accomplished doctors who were practising and becoming pioneers in their field. It was a golden age of medicine: Persia had a well-developed hospital infrastructure, as well as medical schools.

Contrast between Europe and the Orient

"Personally, I like the fact that the film portrays a world in which Europe is actually the backward region, and the Orient and Arabia are where you find high culture," says Stölzl. Nowadays, he adds, we tend to regard the Arab countries as being stuck in the Middle Ages: it would do us good to be reminded of how much of our own culture and the things we think of as progress actually come from Arabia. "Be it mathematics or philosophy, there are so many things that we think of as being a normal part of our civilisation that actually came from the Islamic world," Stölzl points out. He hopes the book and the film might teach people to acknowledge the achievements of the Arab world, and respect it accordingly.

All those script rewrites have paid off. "The Physician" is not one of those special-effect-dominated medieval spectacles in which content is almost incidental. With an impressive international cast, including stars like Ben Kingsley and Stellan Skarsgard, it is a subtle and nuanced telling of the story. Director Philipp Stölzl says that filming "The Physician" was one of the biggest challenges of his career so far. "You're creating an epic wide-screen painting. It's something I've dreamed of since I was ten years old," he enthuses. "A great moment in my artistic life … I'm very glad to have been given the opportunity to do it."

Thirty years on, after countless rewrites, the result is suitably impressive. The film of "The Physician" is cinema at its best: an exciting story that's also visually stunning.

Home
Print
Newsletter
More on this topic
''The House of Wisdom'' by Jim Al-Khalili: The Golden Age of Learning in the Arab-speaking WorldPhilosophy in Iran: Between Critical Rationalism and Eastern WisdomNorth Africa and the Arab Spring in Film: Between Rebellion and Ideals
Related Topics
Cinema, Dialogue of Cultures | Intercultural Dialogue, Dialogue of Religions, Islamic art, Middle Eastern studies
All Topics

On their fourth CD "Irade" (willpower), Masaa has left its piano sound behind, yet continues with its new guitarist to pursue a path that bridges jazz improvisation and Arabic ... END_OF_DOCUMENT_TOKEN_TO_BE_REPLACED

Muhyiddin Ibn Arabi (1165-1240) is one of the most influential Arab philosophers and mystics. James Morris, Professor of Islamic Theology at Boston College, explains why his ... END_OF_DOCUMENT_TOKEN_TO_BE_REPLACED

Internationally Bamiyan tends to be associated with the tragedy surrounding its empty Buddha niches. But in recent years the central Afghan province has also been an island of ... END_OF_DOCUMENT_TOKEN_TO_BE_REPLACED

Any journey to southern Spain, to Al-Andalus, is akin to the start of a dream that finds its beguiling continuation beyond the Pillars of Hercules, in the Andalusian cities of ... END_OF_DOCUMENT_TOKEN_TO_BE_REPLACED

Some are suggesting that Muslims are bringing anti-Semitism to Europe. However, it was in fact Europeans who took anti-Semitism to the Arab world in the first place. Diplomats in ... END_OF_DOCUMENT_TOKEN_TO_BE_REPLACED

Ibn Tumart is considered the spiritual founder of the Berber dynasty of the Almohads in the twelfth century. His once revolutionary ideas sent shockwaves through the entire Arab ... END_OF_DOCUMENT_TOKEN_TO_BE_REPLACED

Comments for this article: The long road from international bestseller to film

I think, you are mentioning Persia, instead of Arab world, if you watch Iran a cradle of civilization movie, you will know, that actually, Iranians where the ones that flourish Islam, and give it an intellectual look, since they were the Pioneer in Literature, science and arts, and astronomy at the time.

Arabs destroy the literature of Iranians after invading Iran, and burn down the libraries that hold hand written books from Iranian scientist, and it is not really fare to give "Arabs" the credit, for what really Iranians achieved.
http://topdocumentaryfilms.com/iran-seven-faces-of-civilization/

END_OF_DOCUMENT_TOKEN_TO_BE_REPLACED
Social media
and networks
Subscribe to our
newsletter