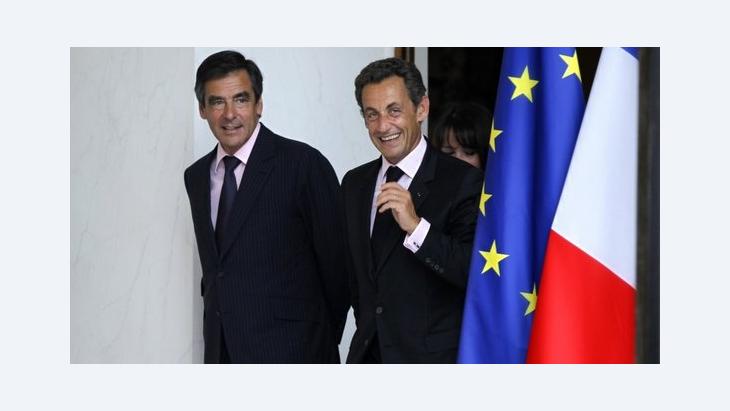 The Presidential Election in France

Flirting with the Political Right

In the run-up to next month's presidential election in France, the country's conservative politicians are trying to attract the attention and the support of right-wing voters by using right-wing populist rhetoric in the debate about immigration and integration. Bernhard Schmid reports from Paris

When it comes to the issue of immigrants, there are certain phrases that generally tend to go down well with certain parts of the electorate. This is no different in France's current presidential election campaign. Take, for example, a major campaign event for the incumbent president and presidential candidate Nicolas Sarkozy, which took place in the trade fair halls of Villepinte, a Paris suburb, last Sunday (11 March).

Prime Minister François Fillon started out by praising the successes of his government in tackling the crisis, implementing economic "reforms" and fighting so-called "blockade forces", by which he primarily meant the trade unions. However, it was his tirade against giving immigrants the right to vote at local level – a right that has the support of the opposition Social Democrats – that got him the greatest applause. This voting right, he claimed, would "strengthen communitarianism", which should instead be combated. 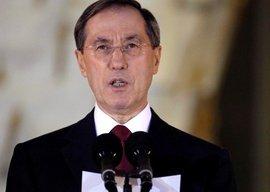 Grist to the right-wing mill: in the opinion of France's socialists, Frances's Interior Minister, Claude Guéant, has made himself the mouthpiece of the extreme right-wing Front National by saying that some cultures are superior to others

​​It was clear to everyone present to which groups he was referring. After all, Fillon was picking up on an idea that had been raised by France's interior minister, Claude Guéant, on the first weekend in March.

Guéant caused a huge stir when he said that "not all cultures are of the same value" and that foreigners who have been living in the country for a long time should not be given the right to vote in local elections, despite the fact that Nicolas Sarkozy had supported a corresponding bill in 2005.

If immigrants were allowed to vote at local level, he warned darkly, "then the mayors they vote into office will prescribe 'Halal' meat in all canteens."

With these words, the interior minister made it absolutely clear what the point of the debate, which had been launched a few days previously and which seemed to be about "Halal" meat, actually was. In reality, Guéant's polemic had nothing to do with Muslim rules on food, but above all about who, in his opinion, "is at home in France" and who should be allowed to express ideas about the way cultures co-exist – and who shouldn't.

On 6 March, Nicolas Sarkozy is recorded in sound and image as having said during an election campaign trip to Picardy that the "Halal" debate is "the most important thing that French people are concerned about at present". This is utterly preposterous; the people have much more important things to worry about at the moment: jobs, wages, and salaries, for instance, to name but a few.

Adding fuel to the flames of the right

It was actually the candidate from the extreme right-wing Front National (FN), Marine Le Pen, who started the whole debate in the first place. Speaking at a two-day campaign event in Lille, her party's "Presidency Convention", she attracted the attention of the media when she claimed that in the Île-de-France region 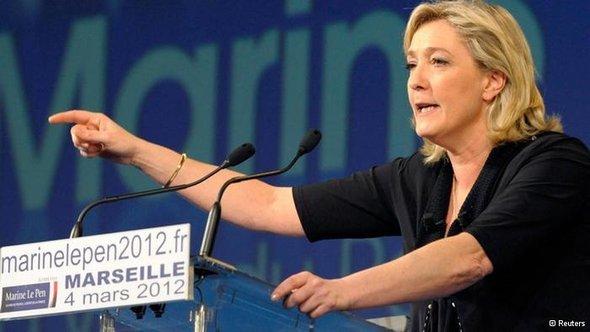 Although President Sarkozy initially made fun of Marie Le Pen after she triggered a heated debate about "Halal" meat, he has since waded into the debate himself, calling for all "Halal" meat products to be clearly marked as such

This was not, however, the whole truth. What the extreme right-wing politician did not say was that while all four slaughterhouses in the Paris region prepare all meat for all customer groups in the same way (i.e. in accordance with "Halal" requirements) in order to cut costs – because the religious beliefs of non-Muslims do not prevent them from eating meat prepared in this way – these four slaughterhouses only meet a very small proportion of the city's total demand. The lion's share of the meat consumed in Paris and environs is supplied by the surrounding regions.

Prime Minister Fillon, who is generally regarded as a moderate in the conservative camp, then upped the ante. He openly turned on the Jewish and Muslim communities, speaking of "old traditions". He went on to ask himself "whether these still had their place in a modern society".

It was not only the Representative Council of French Jewish Institutions (CRIF) and the French Council of the Muslim Faith (CFCM) that protested vociferously about Fillon's remarks. In short, his statement made huge waves. In an attempt to pour oil on the troubled waters, the prime minister met France's most senior rabbi and other representatives of the Jewish religion.

The Social Democrat politician Benoît Hamon warned of an "unbelievable stigmatization of Muslims". For his part, Sarkozy's UMP colleague and foreign minister Alain Juppé declared the debate "pointless" and said that he would rather see the pseudo debate brought to a close. However, it is probably far too late to keep the matter out of the presidential election, which is due to take place on 22 April.

Home
Print
Newsletter
More on this topic
Interview with Magyd Cherfi: We Are French – Full Stop!Debate on Islam and National Identity in France: Burka not Welcome
Related Topics
All Topics
Date:
Mail:
Send via mail