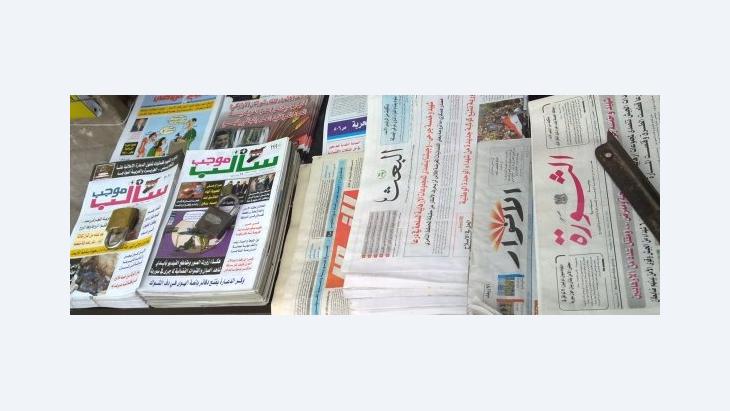 The Press in Syria

Independent Media as Enemies of the System

﻿Syria always ranks close to the bottom of the Press Freedom Index published annually by the organisation "Reporters Without Borders". And as Mona Naggar reports, the Ba'ath regime has stepped up censorship and persecution in response to recent protests in the country

Syria always ranks close to the bottom of the Press Freedom Index published annually by the organisation "Reporters Without Borders". And as Mona Naggar reports, the Ba'ath regime has stepped up censorship and persecution in response to recent protests in the country

The lunchtime news on Syrian state television: A young man confesses on camera that he is a member of a radical Islamic group, and that he had organised demonstrations against the regime to cause trouble. This official version of events is repeated by the country's state and private media.

But it's actually difficult to say what's really happening in the cities of Latakia, Daraa and Banyas. Independent reporting is not possible. Foreign media base their coverage on videos shot by demonstrators or local residents, and conduct telephone interviews with people on the ground.

These days, increasing numbers of Syrians are taking to the streets in protest at the Ba'athist regime. The rulers are responding with violence, detentions and blanket censorship. The centre for media and cultural freedom in Beirut "Skeyes" has been recording infringements of free speech in Syria on a monthly basis. 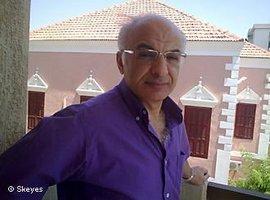 What was already a difficult situation for independent journalists has worsened since the start of protests in Syria, reports Saad Kiwan of the organisation "Skeyes"

​​What was already a difficult situation for independent journalists has worsened since the start of protests in Syria, reports Saad Kiwan of the organisation "Skeyes" One employee of "Skeyes" Saad Kiwan reports that the situation for anyone working in the media in Syria is especially difficult at present, even if this was already the case before: "Everything in this country is viewed in terms of state security," says Kiwan. "It is impossible for independent media representatives to go about their work. We realise this when we're trying to carry out our own research there. It means that our staff gathering information on arrests or court proceedings against journalists or human rights activists have to work undercover."

In its most recent report, Skeyes tells of the arrest of young bloggers Wassim Hassan and Khalid al-Mubarak. They have been detained at a Syrian jail since mid-April. Human rights activist Mahmoud Issa was arrested by Syrian security forces after giving an interview to satellite broadcaster Al-Jazeera.

Syrian authorities have also warned news channels Al-Arabiya and Al-Jazeera not to report on the rallies. Reports like this are an everyday occurrence in Syria. Saad Kiwan estimates that there are around 300 journalists, bloggers and writers currently in detention.

Mazen Darwish must also reckon with arrest at any time. He is not allowed to leave the country and is regularly interrogated by the Syrian intelligence service. Darwish is head of the "Syrian Centre for Media and Freedom of Expression" in Damascus, an organisation committed to monitoring the conduct of Syrian media and publishing reports despite state persecution.

"The first problem confronting every journalist in Syria is the gathering of information," reports Darwish. "There's no law in Syria guaranteeing the media the right to do this. On the contrary, all authorities harbour a particular animosity towards journalists. The second problem is taboos. It feels as though you're walking on a minefield. The issues that are cannot be touched upon are linked to the policies of the regime, and concern the areas of democracy and human rights." 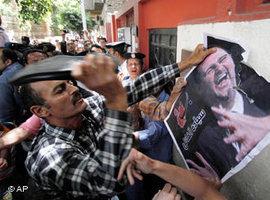 Unbroken resistance: Despite reform pledges and the lifting of the decades-old state of emergency, protests against President Assad continue

​​Mazen Darwish is therefore calling for the abolition of restrictive laws impeding the work of the media in Syria, laws which in his view represent a state of emergency for the media: "The decision on whether to issue a licence to new newspapers, television or radio stations rests solely with the government," says Darwish. "There's also no time limit set on its deliberations. I know people who've been waiting four or five years for a response to their application. And if this is then rejected, the government is not obliged to justify its decision."

This practice is preventing the establishment of independent media outlets in Syria, says Darwish. Private newspapers, television and radio stations have been set up in the meantime, but from the point of view of content, there is little to distinguish them from official organs. After all, the stories that the media are allowed to cover depend on the political situation in the country – and primarily on how confident the regime is feeling.

In these turbulent times, orders were issued to state and private media to refrain from any critical reporting. This also included subjects such as the prevailing corruption in the country.

Khalil Suwailih, editor of the arts and culture section of the state newspaper Tishrin, describes the impact of this press censorship on the work of journalists. In the latest edition, he wrote in his column about the Arab Spring and the social media. He doesn't make any direct reference to the situation in Syria. But reading between the lines, his view is clear when he writes:

"I am my primary censor, there is an inner watchdog inside me. And although I already have so many years of experience, often I can't say where the boundaries really lie. Some days I'm weary of the whole cat-and-mouse game, then I think, I'm a journalist, not a slave, and I'll write whatever I like!"

Home
Print
Newsletter
More on this topic
Uprisings in Syria: Assad Shows His True ColoursIn the Protests in Syria: In the Clutches of the Assad Clan
Related Topics
Al Jazeera, Arab Spring, Arabellion, Democracy and civil society, Media in the Arab World, New media in the Muslim world, Syrian Civil War
All Topics

In Islamic mysticism, Ramadan is more than just a period of prescribed abstinence, signifying an opportunity for inner contemplation. Marian Brehmer explores the spiritual ... END_OF_DOCUMENT_TOKEN_TO_BE_REPLACED

Liberal Islam: everything revolves around the Koran. In the search for a liberal interpretation, peculiar constructs occasionally emerge. By Alexander Flores END_OF_DOCUMENT_TOKEN_TO_BE_REPLACED

Mass protests began in Egypt on 25 January 2011. They triggered the overthrow of long-time ruler Mubarak. Ten years later, many human rights activists and journalists are in ... END_OF_DOCUMENT_TOKEN_TO_BE_REPLACED

Mass protests began in Egypt on 25 January 2011. They triggered the overthrow of long-time ruler Mubarak. Ten years later, many human rights activists and journalists are in ... END_OF_DOCUMENT_TOKEN_TO_BE_REPLACED

As the photo of Fairouz talking to French President Emmanuel Macron spread around the world, many asked if Arabs today had any contemporary stars of Fairouz's standing. In this ... END_OF_DOCUMENT_TOKEN_TO_BE_REPLACED

When news broke that a vaccine against COVID-19 developed by a Turkish-born couple in Germany had promising results, many media reports placed the ethnic background of these ... END_OF_DOCUMENT_TOKEN_TO_BE_REPLACED
Author:
Mona Naggar
Date:
Mail:
Send via mail

END_OF_DOCUMENT_TOKEN_TO_BE_REPLACED
Social media
and networks
Subscribe to our
newsletter