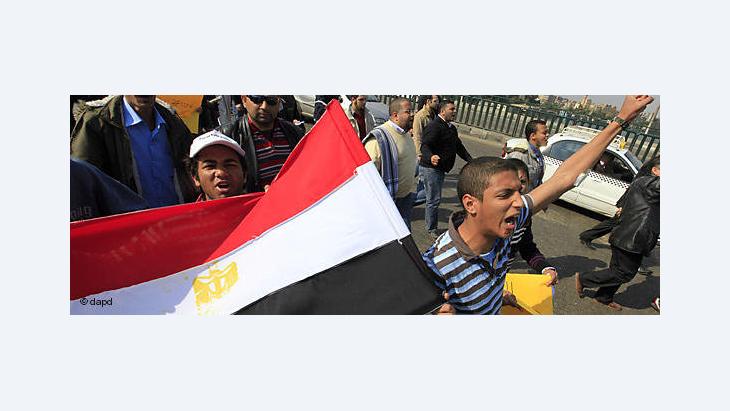 The Reaction of Egyptian Politicians to the Elections in Tunisia

﻿While members of the former regime in Egypt never tire of saying that the political situations in Egypt and Tunisia cannot be compared, others believe that the Tunisian result could foreshadow certain aspects of the outcome of the upcoming election in Egypt. Hani Darwish takes a closer look at three very different Egyptian political viewpoints

Just a few weeks ahead of the start of the parliamentary election in Egypt, the results of the election of the constitutional assembly in Tunisia, which are evidence of the rise of the forces of political Islam, have led secular movements in Egypt to expect a consolidation of the predominance of both the Islamists and the surviving members of the old regime following the revolution of 25 January.

Essam El-Eryan is the deputy chairman of the Party for Freedom and Justice (the new party founded by the Muslim Brotherhood) and the chairman of the Muslim Brotherhood's politburo. He acknowledges that there are a number of commonalities among the political processes in Egypt and Tunisia. After all, he says, both countries suffered under the terrible yoke of tyranny and the oppression of the forces of civil political Islam.

According to El-Eryan, the situation in Tunisia is evidence of the fact that the large majority of people are making use of their right to elect the constitutional assembly. He also considers this to be a hint as to what will happen in Egypt. Here, he says, the Arab revolutions proved that they were able to integrate citizens into the political process, whereas the former dictatorial regimes had propagated the "death of the masses".

Disregard for the cultural character of a people 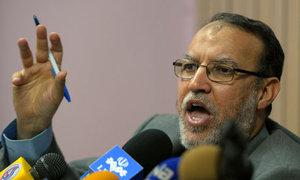 "The end of demonization": According to Essam El-Eryan, deputy chairman of the moderate Islamic Party for Freedom and Justice, both Tunisia's Ennahda and Egypt's Muslim Brotherhood represent the "heart of Islam"

​​El-Eryan interprets the Islamists' victory as a lesson for those "forces of secular modernism" that disregarded the cultural character of their peoples in the past. He explains that the Islamic identity is a genuine part of this cultural character, but one that certainly does not stand in the way of an opening up to the world and a constructive exchange with the it.

He also rejects differentiations between the rise in support for the Tunisian model of the Ennahda movement and his organisation in Egypt in terms of origins or preconditions. As far as he is concerned, both stand for a discourse at the "heart of Islam".

El-Eryan points to the generosity displayed by his organisation in its willingness to enter into an electoral alliance comprising about 15 parties, including the liberal party, the national party, and the citizens' party.

El-Eryan explains that the fact that the Tunisian Islamists have opened up is confirmation of the fact that the revolutions of the Arab Spring have created a situation where it is no longer possible to "demonise" Islamists, as was the case in the past, because the people are now watching what the Islamists are doing very objectively without being dictated to by others.

In his commentary on the results of the Tunisian election, Ahmad Baha'eddin Shaaban, co-founder and leading member of the Socialist Party of Egypt, comes to an entirely different conclusion: "The peoples, who paid such a high price in the Arab Spring, will not be able to harvest the fruits of the revolution." 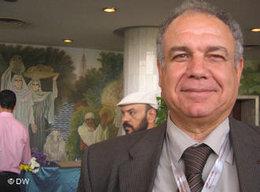 "The counter-revolutionary forces will try to turn back the clock. Ever since the historical moment when the president stepped down, the entire political process has been managed in such a way as to allow the regime to win back control," says Baha'eddin Shaaban, leading member of the Socialist Party of Egypt

​​Although he rejects a comparison of Egypt and Tunisia along the lines of the mantra repeated by the old regime ("Egypt is not Tunisia"), he does feel that the outcome of the election of the constitutional assembly in Tunisia leaves no doubt about the strength of the Islamist forces that have emerged from the authoritarian regimes.

Shaaban believes that the "political spheres in both countries have cut themselves off." The people, he feels, have been thrown to the ideologies of political Islam like food to animals. "While the supporters of the old regime would appear to be less prominent in the Tunisian constitutional assembly, in Egypt they will be the Islamists' main partner when it comes to the formulation of the constitution," says Shaaban.

"The counter-revolutionary forces will try to turn back the clock. Ever since the historical moment when the president stepped down, the entire political process has been managed in such a way as to allow the regime to win back control. No law concerning the enforcement of political rights gave the parties in the constitutional process a chance; the boundaries of no constituency were drawn in such a way as to benefit the forces of the revolution," says Shaaban.

He goes on to say that there is no need to emphasise that the revolutionaries, and with them the majority of the people, who were willing to give their lives for the revolution, are being prevented from exerting an influence on Egypt's future, which he feels will undoubtedly result in the willingness to launch another revolutionary wave.

The Salafist threat to democracy

There is another difference between Egypt and Tunisia, says Shaaban, namely the ostentatious behaviour of the forces of the Egyptian Salafist movement that disregards pluralism and the simplest of all political rules: the acceptance of others. "They are the result of their 'education' at the hands of the security forces, which were conditioned by Mubarak to deal with his opponents."

According to Shaaban, the Salafists will enter parliament with a storm of ideas about repression and marginalisation. "At the moment they are still being indulged by the military council and all those entering politics for the first time; and they incessantly stress that they will leave behind a scorched earth should they not be able to realise their sinister ideas on society. Of all the forces of political Islam, they are the most dangerous."

A vote about the identity of Egypt 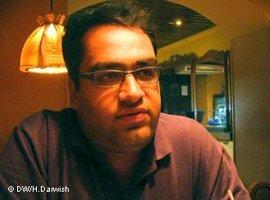 Zeyad Al-Ulaymi, activist for the Social Democratic Party of Egypt and one of the leading members of the 6 April youth movement, believes that the Salafists and the Islamists are likely to enter into an alliance with each other in order to marginalise the secular and liberal forces

​​Zeyad Al-Ulaymi, a young candidate for the Social Democratic Party of Egypt, believes that the election of the constitutional assembly in Tunisia was a vote about the identity of the North African country. In Egypt, on the other hand, he feels that the elections will reveal a different reality. Firstly, the Islamist forces split up into three warring factions after Mubarak's departure, while Ennahda's victory in Tunisia is an expression of the unity of the Islamist movement there.

Secondly, he says, the election campaign in Egypt makes it necessary to try to break the monopoly of two groups that represent minorities, namely the political survivors of the toppled regime and the Islamists. If large numbers of citizens cast their vote, it will become clear that these groups only represent minorities. Although Al-Ulaymi does not expect as many people to go to the polls in Egypt as they did in Tunisia, he feels that even if only 50 per cent of Egyptians cast their votes, it would be enough to change the country's political landscape.

Al-Ulaymi believes that it is likely that there will in future be an alliance between the Salafists and Islamists in order to marginalise the secular and liberal forces. He explains that the Muslim Brotherhood has often shown in the past that it tends to absorb those that overtake it religiously. That being said, he also points to the fact that the likelihood of the Muslim Brotherhood adopting more radical positions will cost them support among the civilian population.

He says that the liberal and secular forces will focus on these people in the run-up to the parliamentary election, above all because the Islamists stand for a reactionary view of economic and social rights which could drive people away from them during the first legislative period. Al-Ulaymi believes that people would then at last understand that politics has nothing to do with religion, which he feels would solve the problem once and for all.

Hani Darwish, an Egyptian journalist who lives in Cairo, writes regularly for the national newspapers Al-Hayat and Al-Nahar.

Why do so many people in Arab countries trust the armed forces, even though most armies in the region are highly corrupt? Abdalhadi Alijla has the answers END_OF_DOCUMENT_TOKEN_TO_BE_REPLACED

A heated debate is raging in the Islamic world about whether the religious and political spheres in Islam are one and the same. Before this matter can be settled, the terms " ... END_OF_DOCUMENT_TOKEN_TO_BE_REPLACED

Now that the COVID-19 crisis in Tunisia has abated, the government has lifted almost all restrictions. But the social consequences of the lockdown are still hitting the country ... END_OF_DOCUMENT_TOKEN_TO_BE_REPLACED

Albert Memmi, Tunisian author and pioneer of a sociology of de-colonisation, died on 22 May 2020 in Paris. He was nearly 100 years old. He was the last of a generation of Maghreb ... END_OF_DOCUMENT_TOKEN_TO_BE_REPLACED

Tunisians rallied on Saturday in support to the Black Lives Matter movement, decrying anti-black racism and raising awareness about racial discrimination in the North African ... END_OF_DOCUMENT_TOKEN_TO_BE_REPLACED

END_OF_DOCUMENT_TOKEN_TO_BE_REPLACED
Social media
and networks
Subscribe to our
newsletter