Svante E. Cornell believes that the Turkish government has been right to roll back the influence of the Gulen movement. After all, says the political scientist, the Gulen movement is a "sect with a hidden agenda" that demands absolute loyalty from its supporters.

He goes on to say that the problem now is that the fraternities that are now manoeuvring themselves into the gap left by the ousted Gulen movement are even more conservative. If Erdogan wins through, warns Cornell, the mentality of Turkey's future leadership elite will be "absolutely Middle Eastern and anti-Western." 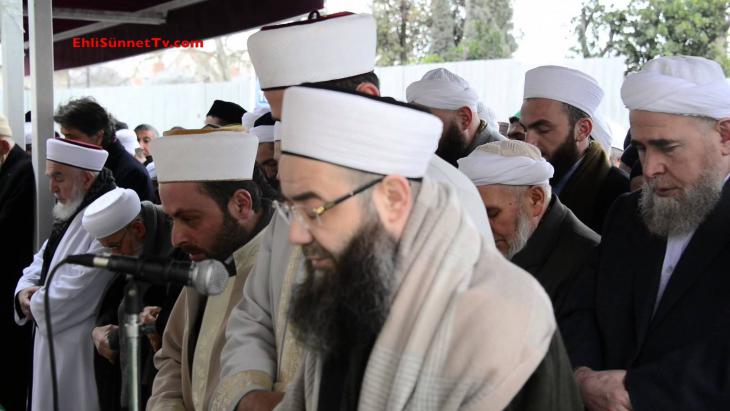 In with the new: those Islamic orders now rushing to fill the gaps left by Gulen in Turkey’s social and civic fabric pose a potential threat to the future stability of the country. Even if Erdogan manages to maintain the balance of power, the mentality of Turkey's future leadership elite will be "absolutely Middle Eastern and anti-Western"

This is particular noticeable in terms of the Ismailaga cemaat, whose influence in the education system is currently growing. Its supporters seek to live their lives according to the example set by the Prophet, which is why the men have beards and wear turbans, cloaks and baggy pants, while the women cover themselves with black veils. In its heartland, the Istanbul district of Fatih, one can buy not only the religious writings of the order's founder, but also alcohol-free perfume and twigs of the kind the Prophet used to brush his teeth.

Today, the AKP is "a coalition of cemaats", says the Istanbul-based sociologist who wishes to remain anonymous. Erdogan acts as its senior manager, doling out jobs and resources and trying to maintain a balance of power that will ensure that no single fraternity ever becomes too powerful again. However, the problem is that since his split with the Gulen movement, he has entered into an alliance with the ultra-nationalist MHP in order to shore up his power.

As Caliskan explains, the ultra-nationalists are not at all happy about the way the orders are penetrating the education sector. Today, says the sociologist, some ministries are already controlled by brotherhoods; others by the nationalists. Dividing up the government between rival groups is not a "sustainable or consistent strategy," he says. What the outcome of this latest power struggle will be remains to be seen.

Political analyst Taqadum al-Khatib argues that Egypt can, in co-ordination with its European partners, develop a common vision to solve the complex conflict in Libya. For this to ... END_OF_DOCUMENT_TOKEN_TO_BE_REPLACED

Turkey's President Erdogan wants to create a second Bosphorus. The cost to the economy and environment would be enormous – and that's why Istanbul's mayor is attempting to stop ... END_OF_DOCUMENT_TOKEN_TO_BE_REPLACED

Libya is in turmoil and no political solution is in sight. The EU's inability to take concerted action in the country, meanwhile, is being exploited by third parties, such as ... END_OF_DOCUMENT_TOKEN_TO_BE_REPLACED

Taking the Fridays for Future movement as his starting point, Muslim environmental expert Tarik Quadir talks to Marian Brehmer about the connections between Islam and ... END_OF_DOCUMENT_TOKEN_TO_BE_REPLACED

There are only a few thousand Aramaic Christians left in south eastern Anatolia. And they are intent on preserving their ancient culture dating back one-and-a-half millennia. ... END_OF_DOCUMENT_TOKEN_TO_BE_REPLACED

Turkish art patron and businessman Osman Kavala has been in jail for more than two years, accused of wanting to overthrow the government. Beril Eski spoke to him about his life in ... END_OF_DOCUMENT_TOKEN_TO_BE_REPLACED
Author:
Ulrich von Schwerin
Date:
Mail:
Send via mail