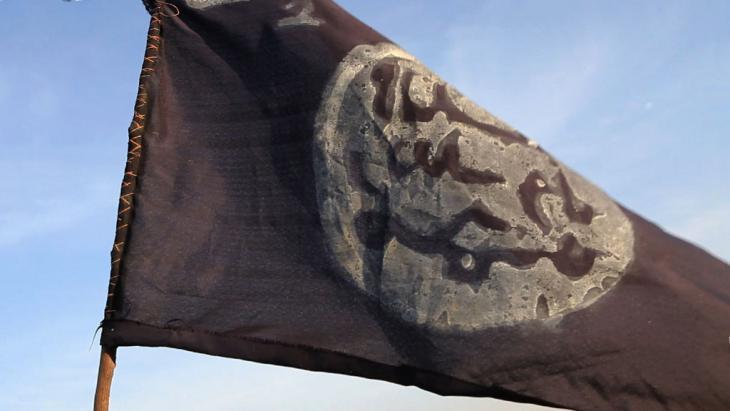 The rise of Boko Haram

When the terror began

In his new book, journalist Mike Smith describes the rise of Boko Haram from an obscure sect to a feared terrorist group. According to Ulrich Schwerin, while Smith vividly portrays the group's violent practices, he leaves many questions about the movement's goals, structures and financing unanswered

Anyone trying to understand the origins of the Islamist group Boko Haram, which has been terrorising northern Nigeria for years with assaults, attacks and kidnappings, has to go back to the events of June 2009. At that time, the largely obscure Islamist movement under its leader, the Salafist preacher Mohammed Yusuf, called in the city of Maiduguri for an uprising against the Nigerian state, which Yusuf denounced as corrupt and illegitimate.

After a clash with the police at the funeral of one of his followers, Yusuf incited a counterattack: "Just as they have gunned down our brothers on the road, they will one day come to our meetings and open fire on us if we don't react now," warned Yusuf in his mosque. "They will perpetrate acts of terror against women if we allow them to. We would rather die than wait for them to attack our women and humiliate us at our assemblies. (…) Crazy soldiers! As long as they are not driven out of the city, there will be no peace."

Rebellion against the corrupt state

This is the account given by Mark Smith, for many years bureau chief in Nigeria for the news agency AFP, in his new book "Boko Haram: Inside Nigeria's Unholy War". What followed this speech was a series of attacks on police stations, prisons and public offices, which led to several days of riots and bloody street battles in Maiduguri and other cities in the states of Borno, Kano, Bauchi and Yobe. Then, on the third day of the uprising, the military struck back in full force, using tanks and mortars to lay waste to Yusuf's mosque in Maiduguri. 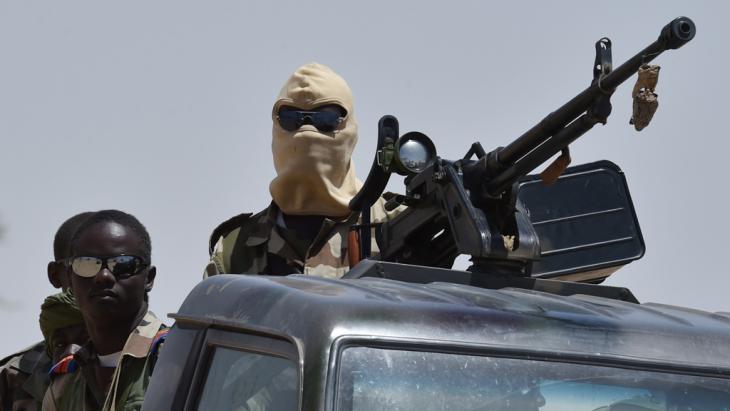 The Nigerian military has a reputation for using brutal violence in its battle with Boko Haram. "For Mike Smith," writes Ulrich von Schwerin, "it is clear that the brutal reprisals by the security forces contributed in large measure to Boko Haram's transition from an obscure sect to a dangerous terrorist group". Pictured here: Nigerian soldiers

According to reports by journalists and activists in the slums of Maiduguri, dozens of young men suspected of being members of Boko Haram were summarily executed. After being interrogated, the Boko Haram leader Mohammed Yusuf was shot dead on the street. His almost 80-year-old father-in-law was also taken away for questioning, and his body was later returned to the family with a bullet hole in the head. Overall, more than 800 people were killed in the uprising.

For Mike Smith, it is clear that the brutal reprisals by the security forces contributed in large measure to Boko Haram's transition from an obscure sect to a dangerous terrorist group. But more than this, he sees the ascent of the "Nigerian Taliban" as a response to the corruption, inefficiency and disinterest of the government in its own people. While the military and politicians have made a fortune from copious oil revenues and built themselves luxurious villas, says Smith, the economy is stagnating, the infrastructure rotting, and schools and clinics falling into disrepair.

A series of military dictatorships

After Nigeria declared its independence from Britain in 1960, the country was for decades plagued by a series of coups and changing military dictatorships; the advent of democracy only came much later. But despite democratic change, the tensions between the regions, ethnic groups and religions remained, leading to repeated episodes of unrest. In the city of Jos, for example, which is split between Christians and Muslims, riots broke out in 2011 following the election of President Goodluck Jonathan. Politicians have often fanned the flames of these conflicts themselves, hiring gangs of thugs during their election campaigns to intimidate the other candidates.

All of this was hardly conducive to reinforcing the legitimacy of the secular state, particularly in the largely Muslim north. Smith notes that many view the system of government as a legacy of the British colonial era. Yusuf's criticism of the state and the Western educational system struck a chord especially in young men without prospects. Yusuf was originally inspired in the early 2000s by the teachings of the local Salafist preacher Sheikh Jabar, but Yusuf became so radical that his mentor finally disowned him and publicly condemned his teachings as un-Islamic.

Smith writes that Yusuf had only a simple understanding of the Koran, and his ideology was limited to a rejection of the state and Western education. This gave the movement its name, Boko Haram, which roughly translates as "Western education is forbidden". The group calls itself Jamaat-e ahl al-sunna li-d-dawa va-l-jihad (People Committed to the Propagation of the Prophet's Teachings and Jihad). But no matter how half-baked or eccentric Yusuf's sermons may seem, many identified with what he had to say. 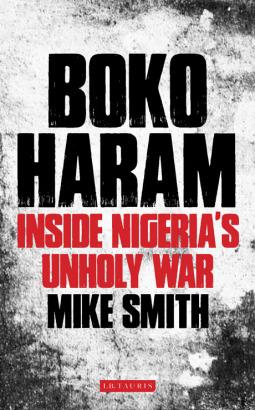 "As gripping as Smith's depiction of the terror is, his analysis is often unsatisfactory," writes Ulrich von Schwerin. "The book was obviously written in haste, and its disorganised structure, with the author going off on non-conclusive tangents, seems to reflect the chaos in the country and its helplessness in dealing with Boko Haram"

After the 2009 revolt in Maiduguri was crushed, Boko Haram at first appeared to be dead. In the autumn of 2010, however, there were increasing signs that the group was still very much alive. After a series of sometimes spectacular attacks on prisons, public offices and police stations, but also on markets, schools and churches, it was clear that Boko Haram had been resurrected in an even more radical and menacing guise under a new leader, Abubakar Shekau. The attack on the UN headquarters in Abuja in August 2011 then brought the group to the attention of the international community.

Smith, who reported on the conflict for AFP until 2013, provides detailed accounts in his book of the brutal attacks. He also includes interviews with the victims and describes his often futile attempts to discover the background behind the incidents. He portrays the ruthlessness of the military and the inability of the leadership under President Jonathan to come up with an adequate response to the escalating violence. The government often seemed quite simply unwilling to deal with the problem – for example when hundreds of girls were abducted from a school in the provincial town of Chibok.

As gripping as Smith's depiction of the terror is, his analysis is often unsatisfactory. The book was obviously written in haste, and its disorganised structure, with the author going off on non-conclusive tangents, seems to reflect the chaos in the country and its helplessness in dealing with Boko Haram.

Many questions about the goals, structures and financing of the group remain unanswered. Perhaps, as a reporter, Smith was too close to the action to gain the necessary distance and develop analytical clarity. Either that or it is simply too early to present a differentiated study of this conflict and the undoubtedly elusive group called Boko Haram.

END_OF_DOCUMENT_TOKEN_TO_BE_REPLACED
Social media
and networks
Subscribe to our
newsletter