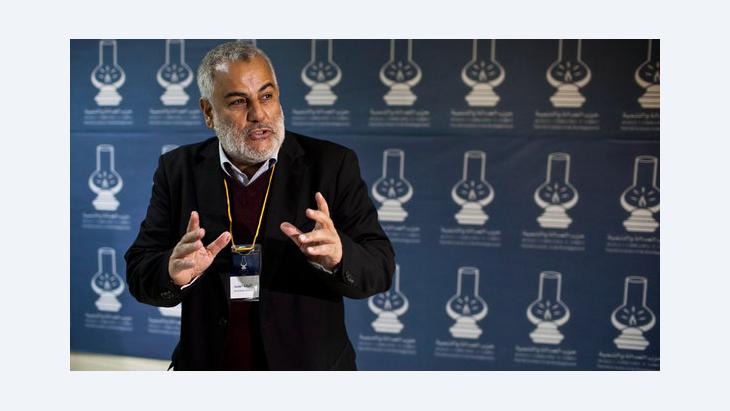 The Rise of Populists in Moroccan Politics
Jokes, Clamour, Jesters and Trouble-making

﻿The election of Hamid Chabat as secretary-general of Istiqlal, Morocco's oldest political party, at the end of September has brought attention to the resurgence in populism that is becoming a distinctive feature of Moroccan politics, writes Mohamed Jalid

Populism has come to dominate political rhetoric, with several figures coming to prominence, most notably Abdelilah Benkirane, prime minister and head of the Party of Justice and Development, who arguably owes his success to a populist approach. A number of others have also come to dominate the political arena, including figures like Mohammed El Ouafa (Istiqlal Party), Ilyas El Omari and Abdellatif Wahbi (Party of Authenticity and Modernity, PAM), as well as Idris Lashkar and Abdelhadi Khairat (Socialist Union of Popular Forces, USFP). Indeed, populism seems to be changing the face of political parties in Morocco as they all pursue this approach in order to stay relevant.

Populism could not have returned to the fore without the demise of the technocrats, who caved to the 20 February Movement's demands for radical changes to the political system, which in turn led to the constitutional amendments put to referendum in July 2011. The new constitution reversed technocrats' former dominance and reintroduced political parties as the main players in the cabinet. With the decline of established politicians, populists themselves have leapt forward and appear to be offering an alternative to their traditional rivals.

Although a definition of "populism" is hard to pin down, in the Moroccan context it has by and large been labelled either as mere invective or as a distinct political style that connects with the average citizen. During the 60s and 70s, Morocco saw a similar wave of populist politicians take centre stage, with figures like Mohammed Al-Alawi (often referred to as "the Court Jester"); Arsalan Al-Jadidi, the minister of employment, a trade unionist, and a member of the Free National Assembly party's political bureau; and the famous Said Al-Joumani. 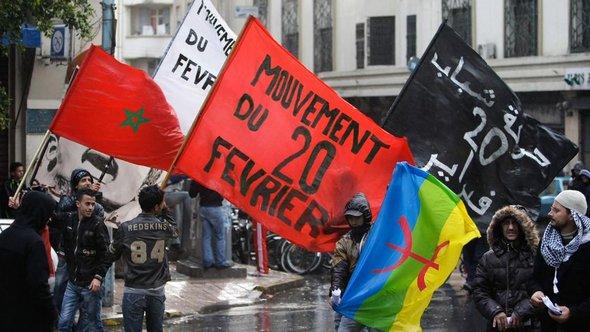 The 20 February movement emerged in Morocco in 2011. Activists took to the streets to protest against a number of issues including corruption and the lack of civil liberties and civil rights and to call for political reform. According to Mohamed Jalid, the demise of the country's technocrats was caused by the fact that they caved to the demands of this movement

According to Moroccan political philosopher Mohammed Sabila, the purpose of populism is to allow for "the broadening of the parties' social base" – essentially ensuring that political involvement is no longer limited to the traditional elite, but rather expands in order to absorb broad swathes of society – many of which have rural origins. Political parties began to expand their social bases as a result of the major social transformations Morocco has witnessed – a shift from a largely rural society to an urban one – over the past 60 years. Hence, it became necessary to incorporate the formerly rural population into politics and political parties.

The economic and political changes the country has witnessed require in particular that the ruling elite be replaced by an elite that is still being formed and trained. The 20 February Movement's calls for change highlighted the need for a new political class that is able to absorb popular anger by claiming to be closer to "the people" – speaking to their concerns and addressing them in their language.

Parties appear to be succumbing to this tide – even the likes of Istiqlal, which has been dominated historically by the traditional elite. Similarly, the USFP is gearing up to elect its new secretary-general, and Idris Lashkar is poised to run in his party's election (which will be held in a coming weeks). Given the success Benkirane had in drawing attention to the PJD with his approach of simple address, humour, and biting criticism, others seem to be following suit; there is no question that opposition parties will look for competitors capable of challenging Benkirane at his own game, which would indicate that political parties in general may favour populist leaders. 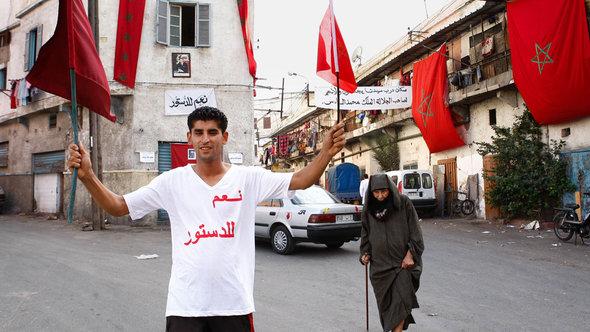 Does populism foster increased political participation? This photo shows a man wearing a t-shirt that reads "I say yes to the constitution" in the run-up to the July 2011 referendum on the constitutional amendments that were proposed in response to the 20 February Movement's demands for radical changes to the political system

Some observers believe that the presence of populists, at least in the state's view, encourages greater political participation. As was perhaps witnessed with the increase in voter turnout from 37% in 2007 to 45% in the 2011 elections, according the Ministry of Interior. The state has invested in their rise and is likely to protect them from critics. Others, however, believe that there is an inherent superficiality to populism that not only affects the nature of the political discourse but also prevents the public from reaching a full understanding of what is at stake.

Political philosopher Mohammed Boujanal sees populism's superficiality represented by "Benkirane's jokes, El Omari's clamour, and Chabbat's troublemaking." There is also a deeper level at which these politicians intersect, and where their one-upmanship and disputes disappear. For this reason, Boujannal asserts that "Populism encourages keeping the Moroccan people at a minimal level [of involvement], represented in enthusiasm and obedience" without having a deeper understanding of the political situation.

Benkirane, El Omari, Chabbat, and others employ this passive populism in order to gain popular approval. The versions of populism may differ but the objective remains the same: political expediency.

Mohamed Jalid is a Moroccan writer, translator, and journalist.

As Pride Month draws to a close, Richard Marcus delves into Saqi Books’ latest publication, "This Arab is Queer". Edited by Elias Jahshan, this anthology of essays is remarkable ... END_OF_DOCUMENT_TOKEN_TO_BE_REPLACED

Algeria's decision to unilaterally sever diplomatic ties with Morocco in August 2021 – days after the presidency announced in a statement their relations would be reviewed – was ... END_OF_DOCUMENT_TOKEN_TO_BE_REPLACED

Madrid's about-face on the Western Sahara conflict has enraged Algeria. Trade relations have been frozen unilaterally and a cut in gas supplies to Europe could be in the pipeline ... END_OF_DOCUMENT_TOKEN_TO_BE_REPLACED

With regard to gender justice, things look bleak in the Arab world. Laws typically discriminate against women, while national legislation all too often does not comply with the ... END_OF_DOCUMENT_TOKEN_TO_BE_REPLACED

This year’s Morgenland Festival opened with the premiere of Kinan Azmeh’s musical theatre piece, “Songs for Days to Come”, based on fifteen poems by contemporary Syrian poets. ... END_OF_DOCUMENT_TOKEN_TO_BE_REPLACED

A ceasefire has been in effect in Libya for the past year and a half. Yet after Russia's attack on Ukraine, another proxy war looms in Africa's most oil-rich country. Mirco ... END_OF_DOCUMENT_TOKEN_TO_BE_REPLACED
Author:
Mohamed Jalid
Date:
Mail:
Send via mail

END_OF_DOCUMENT_TOKEN_TO_BE_REPLACED
Social media
and networks
Subscribe to our
newsletter