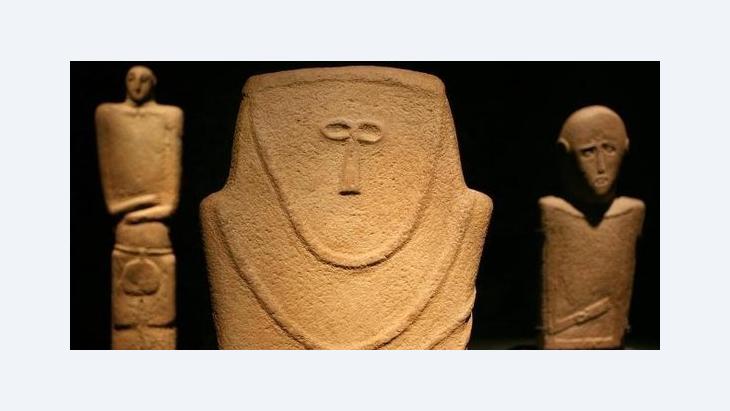 An exhibition entitled "Roads of Arabia", which runs at the Museum of Islamic Art in Berlin from 26 January to 9 April, is showcasing the archaeological heritage of Saudi Arabia. This striking collection contains some surprising and sensational treasures and reveals a desert kingdom in transition. By Marian Brehmer

Paris, Barcelona and St Petersburg have already hosted an exhibition that is providing a rare glimpse into the cultural and historical heritage of Saudi Arabia. Even experts in the history of Islamic Art have reportedly been astonished by what they have seen.

"Roads of Arabia. Archaeological Treasures from Saudi Arabia" opened at the Museum of Islamic Art in Berlin's Pergamon Museum on 26 January. With more than 400 exhibits from the Arabian Peninsula on display, the exhibition covers a wide time span from antiquity to the modern Islamic era. While most of the exhibits are on loan from Saudi museums, around eighty have come from collections in Berlin. 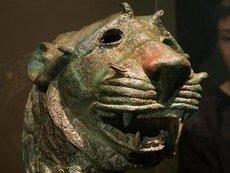 The exhibition "Roads of Arabia. Archaeological Treasures from Saudi Arabia" provides a fascinating insight into a country many people in Europe know little about

​​Even for the renowned Museum of Islamic Art, with its record number of visitors last year (732,000), Saudi Arabia is uncharted territory. Director Stefan Weber sees his museum's role as one of public education. "We want to add a cultural and historical dimension to the debate on Islam," he explains.

﻿The museum, which will move into the north wing of the Pergamon Museum after renovation in 2019, has a broad palette of exhibits on display that cover most of the Islamic world. Until now, Saudi Arabia has been something of a blank on the canvas, so the timely arrival of "Roads of Arabia" is a stroke of luck for Berlin, bringing an exhibition that perfectly complements the existing collections. We know so little about the place, almost nothing. For decades, researchers have just supposed that it had little to offer," says Weber.

This attitude is now changing. This new exhibition fundamentally alters perceptions of Saudi Arabia, transforming its image from that of a clichéd barren desert nation into one of a country that has made a significant contribution to the history of art. According to Weber, after many years of neglect, the kingdom has more recently been taking significant steps to preserve its heritage.

That this is indeed the case is underlined by the fact that Ali al-Ghabban, vice president of the Saudi Commission for Tourism and Antiquities, has come to the press conference at the Pergamon Museum. Seated at a table in front of two massive stone pillars, he expresses his gratitude for the opportunity "to present Saudi Arabia's glorious history to the German public." What Saudi Arabia has become today, he says, is due, to a great extent, to the country's past.

The solid silver door with its floral ornamentation and calligraphy dates back to the Ottoman period and was removed from the Kaaba during renovation work. At the side of the space hangs a large curtain. Just as with the black cloth or kiswa that surrounds the real shrine, this too is replaced each year. In accordance with a tradition that goes back to pre-Islamic times, the kiswa is cut into pieces and distributed among people considered to be honest and decent. Individual fragments are exhibited here alongside illustrated editions of Iranian pilgrim books.

The artefacts from the Kaaba and the historical development of the city of Mecca represent a first for a German museum. "In Germany, Saudi Arabia tends to be seen in terms of a few clichéd definitions: sand, princes, and the fact that women are not allowed to drive," says exhibition curator Joachim Gierlichs. "Roads of Arabia" presents us with an illuminating and very different perspective on a country, we may think we know, but that in many respects remains very foreign indeed.

Home
Print
Newsletter
More on this topic
Contemporary Art in Saudi Arabia: Images of a Changing SocietyContemporary Art from Saudi Arabia: The Kaaba as a Security ZoneArt from the Islamic World: The Future in the Mirror of the Past
Related Topics
Archaeology, Dialogue of Cultures | Intercultural Dialogue, Islamic art, Wahhabism
All Topics

Giessen, Eichsfeld, Kusel, Berlin – cars bearing old German number plates are the latest trend on the streets of Cairo. Many Egyptians regard the discarded plates as chic. What ... END_OF_DOCUMENT_TOKEN_TO_BE_REPLACED

Tunisia has been going through a severe economic and political crisis in recent years. More than one in three young people there are unemployed. For many skilled, qualified and ... END_OF_DOCUMENT_TOKEN_TO_BE_REPLACED

German imams have publicly expressed their solidarity with the women of Afghanistan. In a letter of protest, the clerics say that the Taliban regime's decree barring women from ... END_OF_DOCUMENT_TOKEN_TO_BE_REPLACED

At the end of every year, the team at Qantara.de gives you a run-down of the ten most-read articles on the site over the past 12 months. Here is a quick overview of the stories ... END_OF_DOCUMENT_TOKEN_TO_BE_REPLACED

Social engagement is often motivated by religious factors. A new book explores the background to these community efforts and appraises how effective they are in helping to ... END_OF_DOCUMENT_TOKEN_TO_BE_REPLACED
Author:
Marian Brehmer
Date:
Mail:
Send via mail

END_OF_DOCUMENT_TOKEN_TO_BE_REPLACED
Social media
and networks
Subscribe to our
newsletter