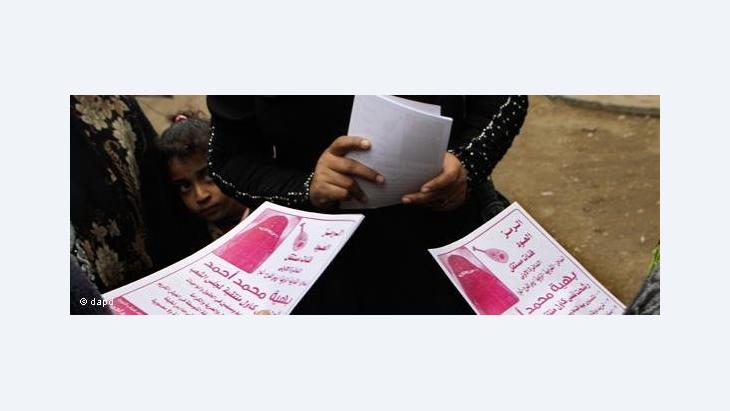 The eyes of the world are on Egypt in the run-up to the country's first free parliamentary elections in 30 years. Joseph Mayton examines the role played by religion in Egyptian society and its possible influence on the way Egyptians will vote

The Koran was held high; shouts of "no God but God" rang through the air, and hundreds of thousands of Egyptian Salafists espoused the idea that Egypt was "an Islamic country and should implement Sharia law." This was in late July, when the conservative Islamists took to the streets of Cairo in the first public explosion of Islamicism.

It was an impressive display of organizational ability, with most of the people being bussed into Cairo's Tahrir Square from hundreds, if not more, kilometres away. It marked the beginning of what could be described as the "Islamic divide" facing the country. Not surprisingly, there was a backlash from the left, which has been promoting and detailing the virtues of a secular state for the past eight months.

In early October, Islamists again demonstrated their power, coming to the "aid" of the armed forces, who after shooting and running over Coptic Christian protesters – killing 27 – armed themselves with sticks and stones and took to downtown Cairo, attacking groups of Christians. This was yet more proof that the conservatives have considerable power.

The question that should be asked, and answered, is what role religion plays both in Egypt as a whole and, more importantly, in the lower and lower middle-classes of Egypt's 80 million people. It will arguably play the most vital role in determining who is elected to parliament in November, but the media has done a poor job of examining how faith and faith-based politics plays out on a grassroots level.

﻿"Islam is the solution" 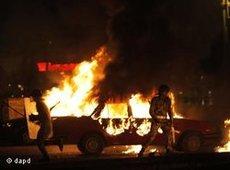 A new kind of violence: 27 people were killed on 9 October when protests against the Military Council organised by Coptic Christians escalated into the most serious riots Egypt has seen since Mubarak was ejected from power

​​Reports indicate that the Muslim Brotherhood's Freedom and Justice Party (FJP) began to use the slogan "Islam is the solution" less than two months ahead of the ballot that is scheduled for 28 November.

Although technically illegal under Egyptian law, there is little the government and the liberal left can do to fight its use, showing how the savvy Muslim Brotherhood is able to garner support through one little phrase. Islamic praise and sentiment is, in almost all aspects, a win-win political tactic that has far reaching appeal for Egyptians.

According to Bassem Sabry, a leading liberal thinker on Egyptian society and politics, religion can often be seen almost as a guideline for life for the lower classes. In many ways, he says, it "helps provide many people, and others, with an oft-needed moral compass in times of such great confusion, where the pull of so many different socio-economic and cultural factors has created very widely varying social and moral models that can be followed."

Mohamed is a handyman who struggles for work on a daily basis in a lower class Cairo neighbourhood. "Islam is where I get strength to live, and I want leaders who support my idea that being Muslim is honourable," he says.

In Egypt, where the quality of education has gradually fallen, at best the real learning takes place in mosques and churches, where sheikhs or priests espouse a moral code within the guise of faith. These sermons are followed by millions of Egyptians, many of whom don't have blogs, Twitter or Facebook accounts and receive their news from the state-run institutions. Essentially, it is a gap that is being filled by the religious groups in the country. Ahead of the elections, this could be a key factor in determining who is elected and who is not. 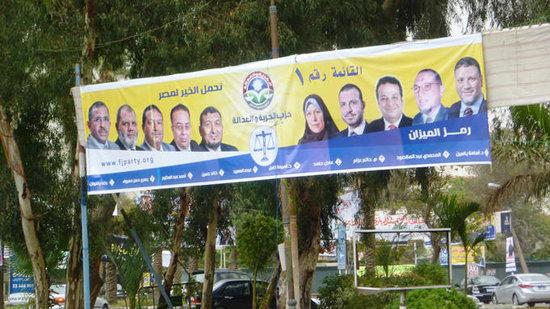 In its election campaign, the Freedom and Justice Party is focussing on the claim that Islam is the solution; according to Joseph Mayton, "Islamic praise and sentiment is, in almost all aspects, a win-win political tactic that has far reaching appeal for Egyptians"

Asmaa Mahfouz, a former activist turned politician who is running for parliament on 28 November, knows the power of religion. While consoling a Christian woman, who had become hysterical on the night of 9 October during the clashes between Christians, Muslims and the armed forces, she spoke of the need to bring Christians and Muslims together. "We are all one, we need to work together and believe in the power of God," she told the woman. Later that evening, she explained the importance of religion to Egyptians: "Look at how important it is. It must be harnessed and understood if we, as Egyptians, are going to live together and make Egypt better."

The crux of the matter is that the liberal activists are saying all the right things: democracy, social justice, freedom of speech and an end to military trials against civilians. But they still seem unable to reach into the lower levels of what is an extremely classist society.

Coming to terms with Islam, its usage in politics, and how to win over the hearts and minds of those who adhere to a more conservative world view could determine whether Egypt becomes more secular – with an Islamic leaning – or whether the conservative Islamic groups win out and push Egypt toward a conservatism that has been brooding for decades.

The reality is that religion plays such an important role in Egyptian society that it cannot be silenced. There are Egyptian candidates running for parliament who want to see religion as the foundation and basis for all things political. This runs into two major problems, according to Dalia Ziada, a candidate and long-time human rights activist. She believes that in order to fight, not against peoples' religion, but against the ultra-conservative religiosity of the Islamists, one must be honest.

﻿Neither autocracy nor theocracy 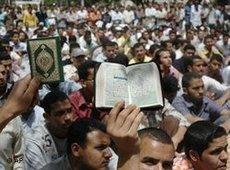 "The reality is that religion plays such an important role in Egyptian society that it cannot be silenced," writes Joseph Mayton

​​"We must go and tell people the truth. We are honest," the Justice Party candidate told me recently. "We cannot promise heaven. No one on Earth can do this, so it is important to be honest and the people will respond."

She admits that Egypt is an inherently religious society, but ahead of the election that will determine who is responsible for drafting the country's new constitution, Ziada discounts those who fearmonger that Egypt will turn toward a Saudi Arabian or Iranian style conservatism: "We are religious, yes, but I believe that the Egyptian people are not naïve enough to think that those saying they will take them to God will win. We are not going to go from autocracy to theocracy because that is the same. Dictatorship is over in Egypt."

On 28 November, when millions of Egyptians go to the polls, the world will be waiting. Some in Washington and other western capitals are on edge, anticipating an outcome that simply may not come. If it does, it will be vital that the minority political groups have a voice in what is most probably going to be a coalition government. Either way, religion and democracy seem to be functioning, although tenuously, in the post-Mubarak Egypt.

Home
Print
Newsletter
More on this topic
Egypt's Parliamentary Elections: Moving in the Wrong Direction?Religion in the Arab Spring: The Martyrs of the RevolutionDossier: Uprisings in the Arab World
Related Topics
Arab Spring, Arabellion, Democracy and civil society, Islam and democracy, Muslim Brotherhood
All Topics

People in Arab countries have been talking more openly about sex and sexuality for some time now, especially on social media. And for the first time ever, they have the vocabulary ... END_OF_DOCUMENT_TOKEN_TO_BE_REPLACED

Alaa Abd el-Fattah, arguably Egypt’s most prominent democracy activist, has just been handed another lengthy prison sentence. Despite this, a book of his writing has recently been ... END_OF_DOCUMENT_TOKEN_TO_BE_REPLACED

A prominent rights group in Egypt, the Arabic Network for Human Rights, is ending operations just as the country braces for a controversial NGO law. Is this the beginning of the ... END_OF_DOCUMENT_TOKEN_TO_BE_REPLACED

Moncef Marzouki was Tunisia's first democratically elected president after the fall of dictator Ben Ali. Today he is the most prominent critic of increasingly counter- ... END_OF_DOCUMENT_TOKEN_TO_BE_REPLACED

Asef Bayat, professor of Sociology at the University of Illinois, Urbana-Champaign, has been studying revolutions and how they affect people since 1979. In his recent book, " ... END_OF_DOCUMENT_TOKEN_TO_BE_REPLACED

Every year in December, the team at Qantara.de takes a look back at the articles that proved most popular with our readers. This year is no different. Here is a run-down of the ... END_OF_DOCUMENT_TOKEN_TO_BE_REPLACED
Author:
Joseph Mayton
Date:
Mail:
Send via mail

END_OF_DOCUMENT_TOKEN_TO_BE_REPLACED
Social media
and networks
Subscribe to our
newsletter