The Muslim Brotherhood remains an important factor in Egyptian politics. If free and fair elections do eventually take place, it would certainly garner a large number of votes. Is this a cause for concern? Answers from Albrecht Metzger

The Muslim Brotherhood remains an important factor in Egyptian politics. If free and fair elections do eventually take place in Egypt, it would certainly garner a large number of votes. Is this a cause for concern? Answers from Albrecht Metzger 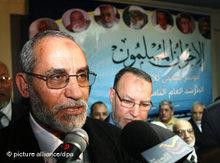 The move to pragmatism? The policies and ideology of the Muslim Brotherhood have undergone a considerable transformation in recent decades

​​In Arab films from the 1960s and 70s, most of the women in Cairo and Damascus are not wearing veils; some are even walking around in mini-skirts. The process of "Islamisation by stealth" has left its mark to such an extent, especially in Egypt, that a sight such as this would be barely imaginable nowadays.

These days, most women here wear a headscarf or veil; even the niqab – an import from Saudi Arabia, which covers the entire face leaving just two slits for the eyes – is becoming a more common sight.

Why is it so important to elucidate this state of affairs? Well, it shows just how quickly things can change. Thirty years is really not a very long time, and who knows what the Arab world will look like in the year 2040. Perhaps by then the Islamic wave will have long ebbed away, and we may see a renaissance of secularism of the sort that prevailed in many Arab societies in the post-war era.

A popular uprising by all Egyptians

The current protests could mark the start of this secularisation process. The millions of people thronging Tahrir Square in Cairo are not crying "Islam is the solution", but "we want freedom and democracy."

This has given our perception of the Arab world a fundamental shake-up. For 20 years it was assumed that the Islamists represented the only serious opposition to the autocratic regime. But the Islamists themselves were surprised by the momentum of the demonstrations and only jumped on the protest bandwagon after a while. This shows that there are other political and social forces in Egypt with a message to put across. 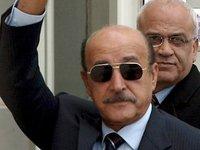 Newly appointed Vice-President Omar Suleiman hosted talks with representatives of the opposition this week, but the talks quickly broke down and it is unclear whether they will start again

Nevertheless, the Muslim Brotherhood remains an important factor in Egyptian politics, and should free and fair elections actually take place in Egypt in the coming months, the group can expect to come away with a large share of the vote.

It must be borne in mind that over the past 30 years, the Muslim Brotherhood has undergone a thorough policy overhaul. It is true that they previously aimed to establish an Islamic state based on the Sharia, but this goal turned out to be unrealistic.

The Islamic movement has been subjected to harsh repression in Egypt in the past, and this divided its supporters into two camps: those in the minority, who sought salvation through violence, and a majority camp of moderate Islamists, who became more pragmatic and democratic as time went on.

They began to talk about the advantages of observing human rights because they knew from personal experience what it was like to have these infringed. They were also in favour of free and fair elections because they are the ones who are most likely to profit from such polls.

Until now, human rights and democracy were regarded by Islamists as values imported from the West, values that they rejected. In this respect, Egypt played a pioneering role, but other Islamists in the Arab world also made their peace with the democratic model and showed a willingness to cooperate with secular forces. 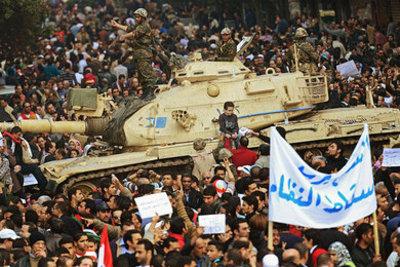 A secular revolution? The people thronging Tahrir Square in Cairo are not shouting "Islam is the solution", but "we want freedom and democracy"

​​In Yemen, for example, where the Islamist reformist movement formed an opposition alliance with the Socialist Party. In Jordan too, where the Islamic Action Front, the party of the Muslim Brotherhood, took part in elections and distanced itself from violence when the regime restricted its activities.

However, none of this means that the Muslim Brotherhood has become a pioneer of liberalism. The movement's views on many social issues continue to range from the conservative to the reactionary, in particular with regard to the role of women. The separation of the sexes in public life is a key issue for the group. Moreover, it still has problems with the concept of freedom of expression, namely whenever writers, intellectuals or artists engage with Islamic tradition in a critical way.

In this regard, the Islamists demand a conformity that cannot be reconciled with a liberal democracy. Finally, the Muslim Brotherhood still cannot accept religious equality – they have not in any case as yet been able to bring themselves to recognise the Copts as citizens with equal rights.

Some success, but not enough

In this respect, there are still a number of "grey areas" – as the authors of a study by the Carnegie Endowment for International Peace called them – in the thinking of the Muslim Brothers; grey areas where their socially reactionary and politically anti-democratic origins are revealed. These provide representatives of the existing autocratic regime with ammunition as they persistently warn against the spectre of an Islamic revolution.

Omar Suleiman, the newly-appointed Egyptian vice president, told a US television broadcaster that protesters in the Arab world had been incited by the "Islamic movement". It was another attempt to get a clear message to the West: either you are with us and want stability, or you'll get an Islamist regime that's hostile towards you.

But the primary question is whether Egypt's heterogeneous opposition movement will be in a position to topple the old regime at all. The afore-mentioned Omar Suleiman has entered into talks with opposition leaders, including those of the Muslim Brotherhood.

The smallest common denominator: the one thing Egypt's opposition groups have in common is the desire to see Hosni Mubarak resign immediately

​​One undisputed success is that Hosni Mubarak no longer plans to stand in presidential elections this coming September, and that his son has resigned all his political offices. But that doesn't go far enough for the demonstrators in Tahrir Square, who are seeking Mubarak's immediate resignation as well as free and fair parliamentary elections.

That is probably an exaggeration, as the Muslim Brotherhood is primarily an urban phenomenon. It enjoys widespread support among Egypt's middle classes, counting doctors, engineers and lawyers among their members. If free elections do take place, they can expect to do well.

But would they allow themselves to be voted out again if they did attain power at some point? That's the burning question, one that can only be answered by trial and error. Everyone is talking about what happened with the Turkish AKP, a case that shows how former Islamist parties can reconcile themselves with a democratic system in the long term.

Albrecht Metzger is an expert in Islamic Studies and a writer. He is based in Hamburg. His book Der Himmel ist für Gott, der Staat für uns – Islamismus zwischen Gewalt und Demokratie (Heaven is for God, the state is for us: Islamism between violence and democracy) was recently published by Lamuv-Verlag.

Protests in the Arab World
Is True Change Really Possible?
The protest movement toppled the government in Tunisia and is currently rattling Hosni Mubarak's regime in Egypt. Will the entire Arab world be gripped by a general uprising of the people, ending in democracy and liberation from authoritarian regimes? According to Ute Schaeffer, it's not as simple as all that

They’ve already got the Louvre; they’ll soon have a Guggenheim Museum as well – and now the Emirates have added literature to their quest for cultural supremacy in the Arab world ... END_OF_DOCUMENT_TOKEN_TO_BE_REPLACED

Years in the making, Sisi's elite New Administrative Capital will isolate most Egyptians from their centres of government in an effort to fortify the regime against any social ... END_OF_DOCUMENT_TOKEN_TO_BE_REPLACED

Professor Timothy Brennan's "Places of Mind: A Life of Edward Said" is a detailed biography of one of the most important intellectuals of the twentieth century, taking us on a ... END_OF_DOCUMENT_TOKEN_TO_BE_REPLACED

China has long portrayed itself as a strong supporter of the Palestinian cause. It has also claimed that in sharp contrast to the stance of the USA, its position is based on ... END_OF_DOCUMENT_TOKEN_TO_BE_REPLACED

Recep Tayyip Erdogan, disappointed by the European Union’s reluctance to integrate Turkey into its ranks, has re-directed his country’s diplomacy toward the Maghreb and Africa to ... END_OF_DOCUMENT_TOKEN_TO_BE_REPLACED

END_OF_DOCUMENT_TOKEN_TO_BE_REPLACED
Social media
and networks
Subscribe to our
newsletter