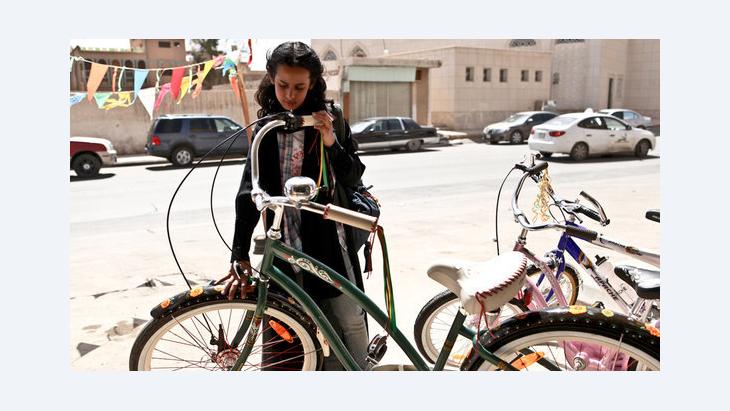 A Children's Story in a Grown-Up World

Wadjda is the first feature film from Saudi Arabia to be directed by a woman. Despite receiving support from the royal family, filming was very difficult for the German-Saudi film team. Nevertheless, the resulting film both tells a touching story and is a delicately nuanced critique of Saudi society. Jannis Hagmann watched the film

At its heart, Wadjda is a children's story. On her way to school every day, Wadjda, a ten-year old girl from Riyadh, passes a toy shop with a green bicycle for sale. Wadjda has set her heart on owning that bicycle. She dreams of one day challenging her friend Abdullah – who is in love with her and wants to marry her some day – to a race. But she quickly learns that in Saudi Arabia, girls don't ride bicycles.

With that, Wadjda and anyone who watches the film are suddenly catapulted into the world of grown-ups; a world that is cut from a dense weave of dependencies, relationships of power and taboos. "In this country, girls don't ride bikes," says Wadjda's mother matter-of-factly. It could cost her her virginity. Wadjda doesn't understand what she is talking about. Either that or she doesn't want to understand. Defiantly, she sets about collecting the 800 Riyals she will need to buy the bike.

Pioneering nature of the film

Although Wadjda, which is a German-Saudi co-production, is not the first Saudi feature film to be produced, it is the first to be filmed entirely in Saudi Arabia, a country where – and yes, it is important to repeat such platitudes in this context – cinemas have been banned outright since the 1970s and women are not allowed to drive cars.

What's more, the first film to be shot in the kingdom was directed by a woman, Haifaa al-Mansour. The production was certainly not an easy undertaking, despite the fact that it had the support of both the German production company Razor Film (Paradise Now, Waltz with Bashir) and Saudi Prince Walid bin Talal.

When shooting in conservative areas, al-Mansour had to stay inside the production van and communicate with her film team by walkie-talkie. "Men and women," she explained at the premiere of Wadjda at the Venice Film Festival "cannot be on the streets together, particularly if the woman is seen to be directing the men."

It is stories like these that people in the West want to hear about Saudi Arabia. However, the fact that Wadjda has won a number of awards is not just down to the pioneering nature of the film. The director's debut feature film is a touching work that is highly critical of Saudi society without resorting to being a real tear-jerker or to confronting the conservative forces in the country head on.

Even though Wadjda (Waad Mohammed) is the main character, the film is just as much about her mother (Reem Abdullah) as it is about her. Unlike Wadjda, who also challenges conventions on the outside with her scruffy converse trainers and purple laces, her mother hasn't a rebellious bone in her body. Every day, her driver, Iqbal, drives her to work in a distant hospital. At home, she gossips with her friends on the telephone; a modern woman with a normal, average life. 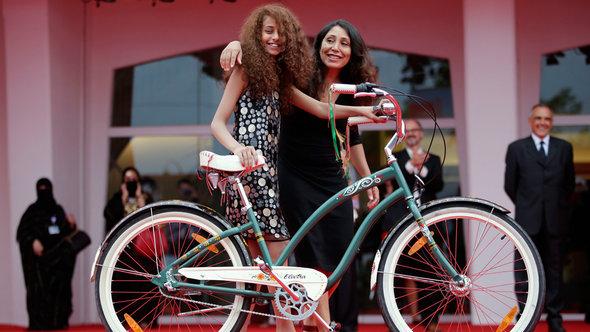 Haifaa al-Mansour studied comparative literature at the American University in Cairo and attended film school in Sydney, Australia. In this picture, she and Waad Mohammed pose with the bicycle from the film on the red carpet during the premiere screening of "Wadjda" during the Venice Film Festival 2012

​​Her biggest concern is the fact that Wadjda's father wants to take a second wife. She is powerless and can do absolutely nothing about her husband's plans. When trying on a new dress, she asks her daughter whether she thinks her father will like the dress. Looking attractive is her only weapon in the battle for her husband.

A powerless wife and a girl who is not allowed to ride a bicycle ... is this not too clichéd a plot for a film set and shot in Saudi Arabia? It would be, were it not for the fact that al-Mansour delves deeper. She shows that the 'man oppresses woman' theme is only part of the story. Through the mother and daughter, she gradually unpicks the complex, uneven fabric of the balance of power that envelops both female protagonists.

First there is Wadjda's teacher. "You remind me of myself as a young girl," she tells Wadjda in one scene. But there doesn't seem to be much left of the rebellious, stubborn young girl she once was. "School is a place of learning and morals," she drums into her female pupils. Loud laughter in the school yard is forbidden. No girl at her school is permitted to step out of line or be different. Today's generation of girls are not going to get any of the freedoms that were denied her.

Then there is Iqbal, Wadjda's mother's driver. As a foreign worker from Asia, he is right at the bottom of Saudi Arabia's social hierarchy. For Wadjda's mother, however, who is not allowed to drive a car, he is indispensable. One day, enraged by Iqbal's cheeky remarks and the fact that he is never on time, she shouts at him: "Do you think you are the only driver in the world? Tomorrow I am going to look for a better driver." 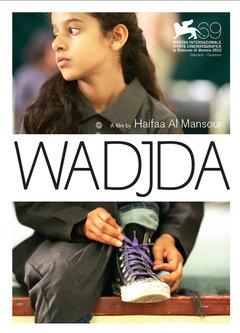 Subtle but strong critique of Saudi society: Wadjda is the first film to be filmed entirely in Saudi Arabia, a country where cinemas have been banned outright since the 1970s

​​Who is the weaker of the two? The replaceable foreign worker or the Saudi woman who relies so heavily on her driver? Whatever the answer, Wadjda's mother is stuck at home the next day. She call's her employer and tells him that she is having "problems getting a lift to work".

The full imbalance in the distribution of power is highlighted when Wadjda and her friend Abdullah visit the driver in the humble residence for foreign workers where he lives. They want to persuade Iqbal to come back. When he refuses, Abdullah threatens to make sure that he loses his work permit for Saudi Arabia. "You will drive her mother again tomorrow morning!" the young boy commands the foreign worker. All at once, the innocent children break through the wall separating them from the world of the grown-ups. The children's story becomes a critique of society.

But in Haifaa al-Mansour's Wadjda, the critique is cleverly subtle. It is about foreign workers; it is about the rights of women; but it is also about the green bicycle that Wadjda so desperately wants so that she can beat her young admirer in a race. "When I have a bicycle and overtake you," she says, "we will be quits!" Perhaps it is the voice of the director that we are hearing in the young Wadjda. Whatever the case, Haifaa al-Mansour has made sure that round one of the fight for Saudi cinema has been won by women.

The change in U.S. president is also having an impact on the conflict between Turkey and Greece. Since the USA has started to play the Greek card, the strategic situation in the ... END_OF_DOCUMENT_TOKEN_TO_BE_REPLACED

Turkey's parliamentary and presidential elections are scheduled for June 2023. But they are already casting a shadow. While the opposition is calling for early elections, ... END_OF_DOCUMENT_TOKEN_TO_BE_REPLACED

In his book "Ground Zero: 9/11 und die Geburt der Gegenwart" (Ground Zero: 9/11 and the Birth of the Present) Islamic scholar Stefan Weidner analyses the consequences of the ... END_OF_DOCUMENT_TOKEN_TO_BE_REPLACED

The rollout of coronavirus vaccines in the Middle East and North Africa is already taking place on a massive scale, with the United Arab Emirates leading the way. Nevertheless, ... END_OF_DOCUMENT_TOKEN_TO_BE_REPLACED

The Prophet Muhammad never executed anyone for apostasy, nor encouraged his followers to do so. Nor is criminalising sacrilege based on Islam’s main sacred text, the Koran. In ... END_OF_DOCUMENT_TOKEN_TO_BE_REPLACED

Surging coronavirus cases in many parts of the world have overshadowed the start of this year's Muslim holy month of Ramadan, with festivities once again curtailed by contagion ... END_OF_DOCUMENT_TOKEN_TO_BE_REPLACED

Comments for this article: A Children's Story in a Grown-Up World

it is a good beginning short film like the one call WADJDA, i noticed they got international reputation as well, it is history making in saudi arabia. but still lack where there is no cinema halls
in saudi arabia with this changes there may to come. if this film succeeded this country has resources and telnet. i wish keep going.

END_OF_DOCUMENT_TOKEN_TO_BE_REPLACED
Social media
and networks
Subscribe to our
newsletter