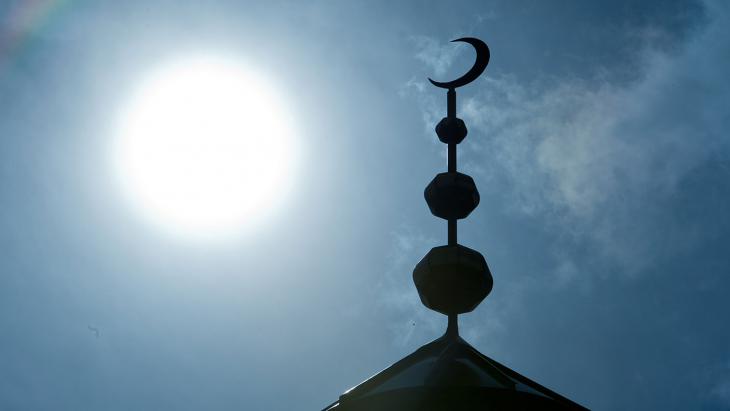 The secularisation of Muslims

While the emerging religious demography only counts members of the Church as Christians, Hindus, Jews, Muslims etc. are counted as religious from birth – with no option to leave their religion. This skews the statistics and our perceptions. By Michael Blume

Worried about the fate of the "Christian West"? Then I have a simple suggestion for you: in future, let′s count all Germans who mark Christmas in some way as "Christians". And voila – at a stroke, the whole Federal Republic, including the new Federal states, would once again become majority Christian!

If you are smiling at this point, then you have spotted the error. In accordance with classical religious sociology, Christians are only counted as such when they have been baptised and become members of a church, to which they usually make contributions or pay church taxes.

And so in the national statistics, but also in respected international surveys like the Pew Institute′s, everyone who has not been baptised, or who has left their church, is classed as being unaffiliated with any religion. Unaffiliated PEGIDA demonstrators do not become Christians in the statistics just because they sight-read Christmas carols "in defence of the West".

Islam has no formal entry and exit

So far, so good. But unfortunately this selectivity, which makes the process of secularisation visible, has not so far been used on other religions. You are born a Jew, a Hindu or a Muslim and no special ritual or membership of an association is necessary to continue to belong to these religions. Furthermore: apart from converting to another religion, there is no authority to whom you can declare that you are formally "leaving"! Once a Muslim, always a Muslim, at least "culturally" – even if religion now plays hardly any role in your life, or your attitude in private could more accurately be described as agnostic or atheist.

One consequence of this "detail" is that statistics for Europe and the world contrast a supposed "Islamisation" with a "shrinking of the Church" and "forecast" that from as early as 2050 or 2070, there will be "more Muslims than Christians" worldwide! 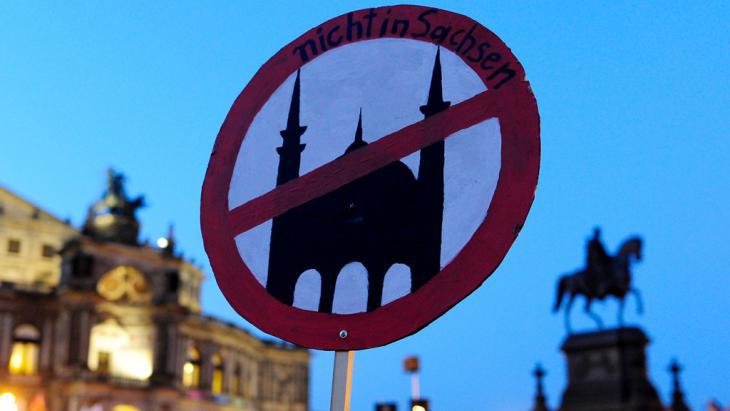 "Germany is as little at risk of being ′Islamised′ as it was of being overrun with Jews at the start of the 20th century. Rather, in addition to increasing religious diversity, there is a rapidly growing number of people who no longer regard their religious background as being worth a monthly contribution and who now only celebrate Christmas or Eid as cultural traditions," writes Michael Blume

In fact, these comparisons are statistical nonsense – and would only make sense if either all those whose culture is Christian were counted as Christian, or only Muslims actively participating in organised religion were counted as Muslim. Empirical questionnaires, such as, for example, the most recent one for the German Islamic Conference in 2009, show that only a minority of Muslims in Germany now "pray every day", to say nothing of praying the prescribed 5 times a day.

Substantial percentages, by contrast, say they pray "seldom" or "not at all". And even studies like these – and, for example, the Bertelsmann Religionsmonitor survey – rely on people volunteering information. Anyone who does not describe themselves as a Muslim (any more), or has no particular affiliation (Sunni, Shia or Alewite), is usually not asked! And so these questionnaires in turn only reach those Muslims who are still practising and this information is in turn projected onto the whole "Muslim" population.

To date, there has been a low level of organisation among "Muslims"

In the most recent German census, too, the question about religious affiliation was only compulsory for members of public bodies, meaning it was voluntary for Muslims and members of other religions – and the number of "Muslims" promptly turned out to be half of what had been expected! In the absence of relevant research, we can only speculate on people′s reasons for not answering; but even the available data provides justification for the suspicion that to many supposed "Muslims" their religious affiliation now means little or nothing.

This misunderstanding is also expressed specifically in popular accusations that "German politics" is flirting with "conservative, Islamist" associations, although the latter represent "only a small minority of Muslims in Germany". Though in my experience, without exception all the democratic politicians in our country would be overjoyed if significant numbers of liberal Islamic associations existed!

In fact, very few secular and liberally-minded Muslims have thus far been prepared to form their own associations and contribute time, money and ideas to them. There is no real tradition of doing this in the Islamic countries, since mosques, teachers etc. are provided by private benefactors, Sufi orders and above all the state.

A free, secular state like Germany, however, does not define any religions itself; it can and may only work with those religious communities that organise their own membership. The low level of organisation among "Muslims" is therefore the fault neither of "politics" nor of the existing associations – it simply points to the fact that for very many (ex-)Muslims, including those in Germany, religion means much less than skewed statistics and popular perceptions suggest. They regard their belief as a wholly private matter, or have distanced themselves largely or wholly in their own minds from religious traditions without having formally declared an "exit". I call this phenomenon, which can be widely observed, but has sadly not been researched or described to any real degree, ″silent withdrawal". In individual cases, however, it is increasingly being made public, for instance on blogs or using the Twitter hashtag #exmuslimbecause.

It is no coincidence that secular bloggers are being threatened and persecuted, not only in Saudi Arabia and Iran, but also for example in Bangladesh and Pakistan – they are gradually making the global process of secularisation, which has been escalating for some time, visible among "Muslims" online too. The German-humanist curiosity of the "Central Council of Ex-Muslims" also points towards the fact that some former Muslims would like to declare that they have left their religion in the same way as ex-Christians, if they could.

It isn′t true that "Muslims have more children" 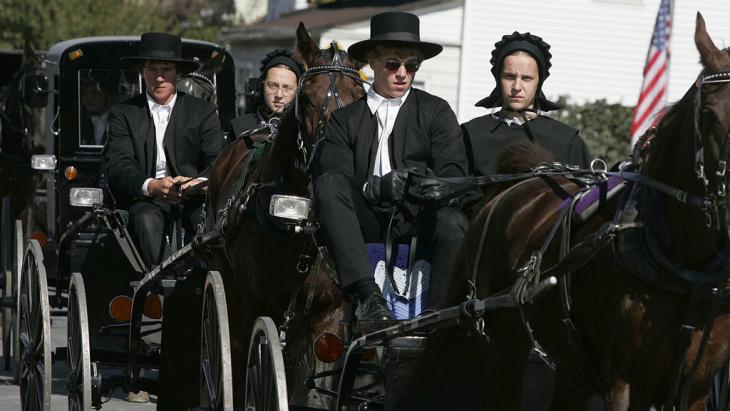 Members of the Old Order of the Amish in Bart Township, Pennsylvania: "In fact, the old Christian orders of the Amish and Hutterites and the ultra-orthodox Jewish Haredi, are the most prolifically reproducing religious communities on the planet, joined by more recently-founded sects like the Mormons and Quiverfulls. In Islamic societies, by contrast, comparable self-organised traditions have thus far been unable to form and persist due to a lack of religious freedom," writes Blume

Something else for which we have clear evidence from religious demography is that it is simply wrong to say that Muslims have more children than Christians or Jews. Instead, there exists a strong, parallel connection across all monotheistic religions between religiousness and number of children. Devout Jews and Christians have no fewer children than devout Muslims, a fact that is particularly recognisable in Israel and the USA.

In fact, the old Christian orders of the Amish and Hutterites and the ultra-orthodox Jewish Haredi, are the most prolifically reproducing religious communities on the planet, joined by more recently-founded sects like the Mormons and Quiverfulls. In Islamic societies, by contrast, comparable self-organised traditions have thus far been unable to form and persist due to a lack of religious freedom.

Even in the Balkans, Turkey, Iran and Malaysia, the birth rate has fallen below the "replacement" level of 2.1 children per woman and the size of "Muslim" families is in fast but silent decline. The demographic "traditionalism trap" of ossified family ideals and policies on the one hand and the resultant unavoidable drop in birth rate on the other, is not just a Japanese, Greek, German or Polish phenomenon, but has long been the case in Islamic societies as well. Counter to the conspiracy myths in this area, there is no statistically measurable "Islamic birth jihad".

The factually incorrect myth of "Islamisation"

All the skewed statistics and perceptions mentioned here would not have to be a concern for academics, journalists and society, if the factually incorrect myth of "Islamisation" had not become the founding story for both Islamic-fundamentalist and populist right-wing movements. Both mobilise their followers using a supposedly imminent social and demographic "victory for Islam", which is a complete misunderstanding of the real, very much more complex developments of Islamic life in Germany and elsewhere. 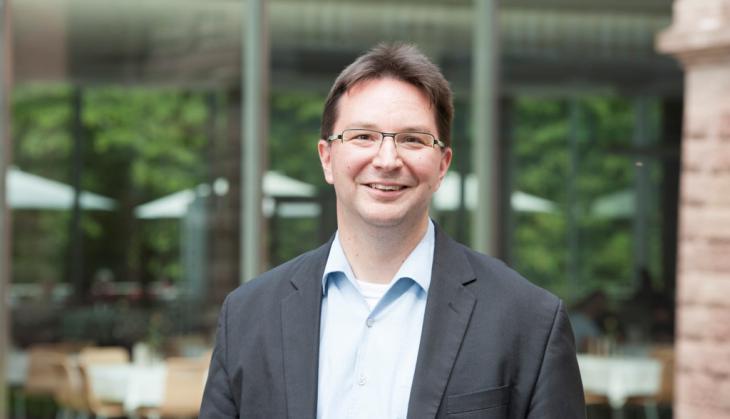 Dr. Michael Blume is a religious studies scholar, blogger and author. In 2015 he led the special contingent for 1100 women and children from Northern Iraq in special need of protection, for the state of Baden-Wurttemberg

I have seen very great religious doubts among many Muslims, not only in Germany but recently also in Iraq, caused by the huge abuse of their religion by authoritarian regimes, terrorist militias and corrupt officials. Just as the Christian Church fell into a deep crisis during and after the 30 years′ war, Muslims are also not "uniformly religious from birth"; they have experiences and contemplate their religion, deal with doubts and draw more or less public conclusions about their life and behaviour.

There has recently been a great deal of research into conspiracy myths and radicalisation processes among Muslims – and it is high time a realistic overall picture was created, including statistics, academic and social views on secularisation processes and "silent withdrawal".

Particularly with regard to preachers of fear and hate, we must make one thing clear: Germany is as little at risk of being "Islamised" as it was of being overrun with Jews at the start of the 20th century. Rather, in addition to increasing religious diversity, there is a rapidly growing number of people who no longer regard their religious background as being worth a monthly contribution and who now only celebrate Christmas or Eid as cultural traditions. According to your standpoint, you may regret or embrace this fact – but you should not ignore it.

Home
Print
Newsletter
More on this topic
Islam and enlightenment: Beware of the myth The Reform Islam debate: Islam doesn′t need a Martin Luther!Secularism in the Islamic world: Part I – It′s a knotty problem
Related Topics
Christianity, Dialogue of Religions, Judaism | Jews, Mosques in Germany, Muslim associations in Germany, Muslim minorities, Muslims in the West, Secularism in the Islamic world
All Topics

The European Court of Justice has given its backing to companies that don't allow female Muslim staff members to wear headscarves – as long as they don't permit the wearing of ... END_OF_DOCUMENT_TOKEN_TO_BE_REPLACED

Reading Hassan Blasim's God 99 is an immersive experience of grief and exaltation, anger and disgust, writes Marcia Lynx Qualey. We join the Iraqi narrator as he sits around in ... END_OF_DOCUMENT_TOKEN_TO_BE_REPLACED

The disappearance of Razan Zeitouneh and her colleagues has been one of the greatest mysteries of the Syrian war – until today. DW's investigative unit hunted clues across six ... END_OF_DOCUMENT_TOKEN_TO_BE_REPLACED

Muslims in Europe regularly experience threats, witness attacks and are the target of hate across national borders. Now the Council of Europe, the continent's leading human rights ... END_OF_DOCUMENT_TOKEN_TO_BE_REPLACED

The West is pulling out of Afghanistan after 20 years, but the conflict remains – and the Taliban are stronger than they have been for a long time. And now? The renowned Taliban ... END_OF_DOCUMENT_TOKEN_TO_BE_REPLACED
Author:
Michael Blume
Date:
Mail:
Send via mail

END_OF_DOCUMENT_TOKEN_TO_BE_REPLACED
Social media
and networks
Subscribe to our
newsletter