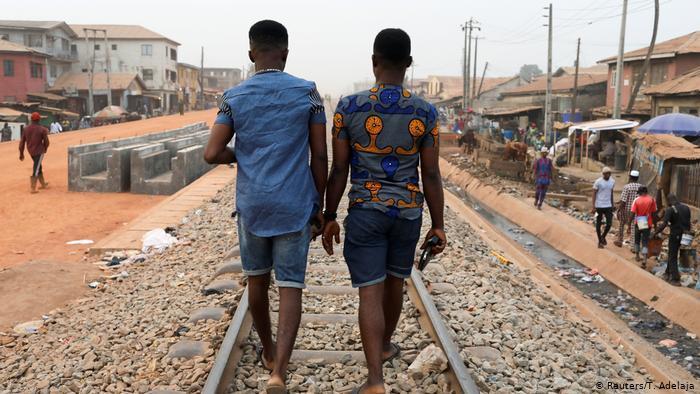 According to Xeenarh Mohammed, managing director of the "Initiative for Equality" in Nigeria, the law prohibiting same-sex relationships in the African country "is used over and over again to harass people for their alleged sexual orientation or gender identity" 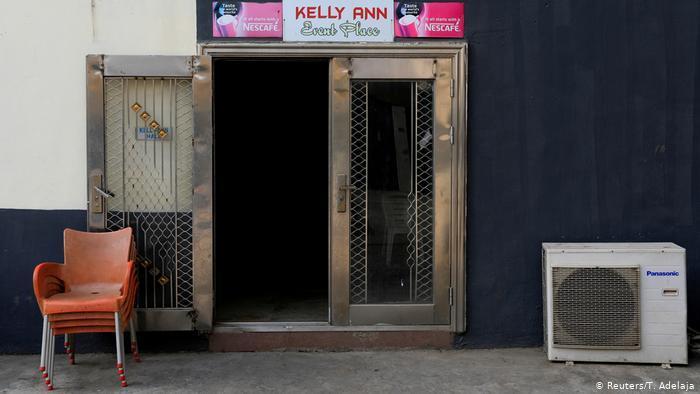 The scene of the "crime": Lagos on 26 August 2018: At two o'clock in the morning, the police in Nigeria's metropolis of millions stormed the Kelly Ann Hotel, where a birthday party was being held. The officers arrested 57 people - party guests, but also people who happened to be in the vicinity. Investigators claimed that the men were taking part in a homosexual "initiation ceremony" and took them into custody 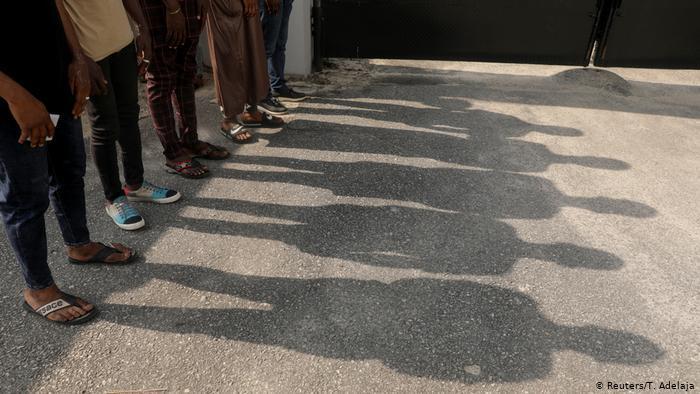 Pilloried: the men were accused of being gay. They had allegedly violated Nigeria's anti-homosexual laws. A night in the cells was not enough for the investigators. The next day, the men were publicly denounced in front of the press. Footage of them was shown on TV and videos streamed en masse on the Internet. The arrested men achieved nationwide notoriety 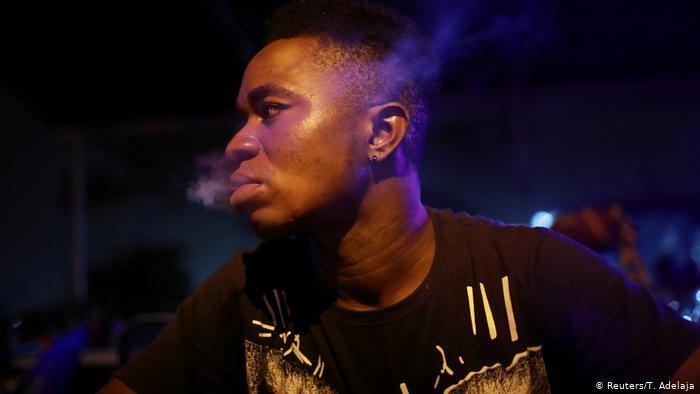 The unlucky host: James Burutu was hosting the birthday party. Within seconds his party was plunged into chaos. Guests attempted to flee from the armed policemen who entered the hotel. Burutu only avoided being arrested because he happened to be in an adjoining room where he was organising the party. The 25 year old has felt guilty about the fate of his guests ever since 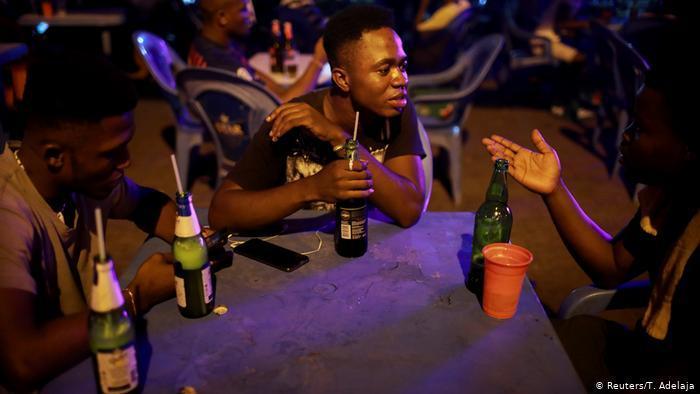 New friends: although the police didn't arrest him, Burutu was rejected by his relatives: "Lots of family members don't want to see me anymore." He also lost his job at a furniture factory. But he did acquire a friend: Chris Agiriga (left in the picture), was only at the party because a friend took him along. He and Burutu had never met before. Now their fate unites them 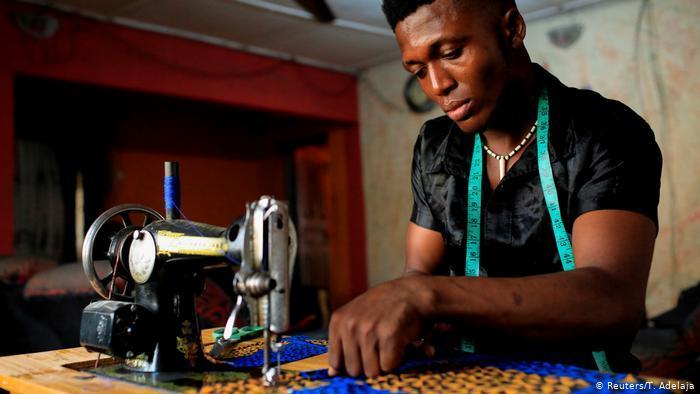 End of a career: when she saw the footage of Chris Agiriga on television, his aunt, with whom he lived, kicked him out. At first Chris found shelter in a church community, but his roommate there bullied him. Chris also lost his job, so he had to give up his degree in fashion design. He is now trying to make ends meet as a tailor 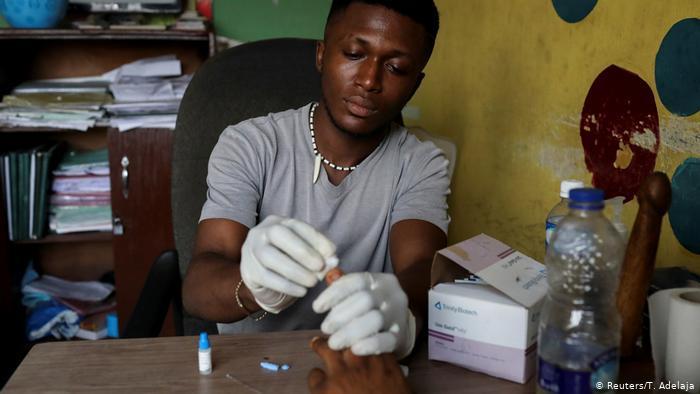 Voluntary work instead of a job: Chris Agiriga also volunteers as an HIV counsellor. "I regret going to the party," says the 23-year-old. "I lost my job, I lost my family, I lost many of my friends – all because of it" 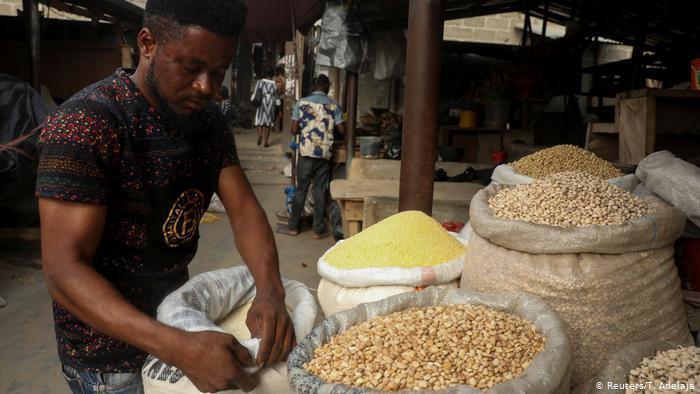 Suddenly under suspicion: Onyeka Oguaghamba's life is also in ruins. He used to be an accountant. Now he occasionally helps his wife at the market and works as a driver. The family man was sleeping in his car near the Kelly Ann Hotel during the raid. He fell into the clutches of the police and is now suspected of violating the law against same-sex marriage 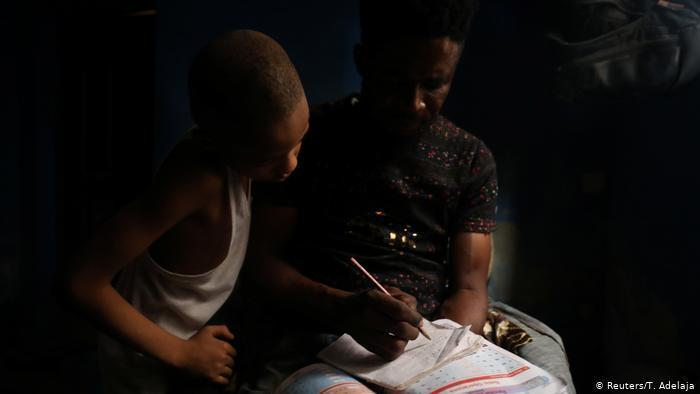 A family under pressure: his family has also suffered with him. Onyeka Oguaghamba's wife Juliette paid protection money to a fellow inmate so that her husband would not get beaten in police custody, as many other inmates did. Oguaghamba was unemployed for a year before he found another job. He is still in arrears because of this. Time and again, the electricity is cut off and the family is left in the dark 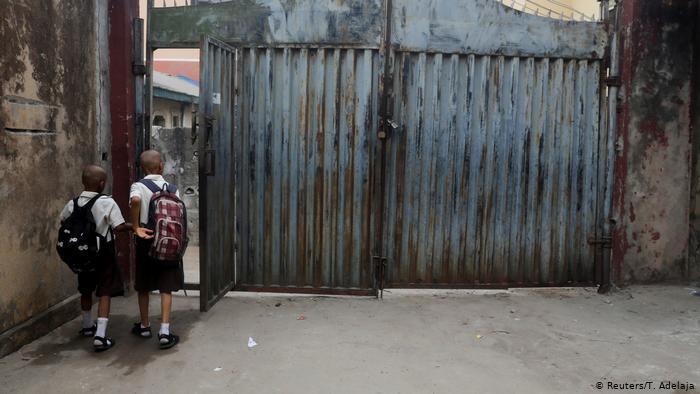 The children's questions: his four little sons got to feel the denunciations when Onyeka Oguaghamba was in prison for four weeks. The boys had no idea what being gay meant. "They asked me why the police had arrested me and why I was on TV," says the 42-year-old. "I explained to them that the police can arrest anyone at any time" 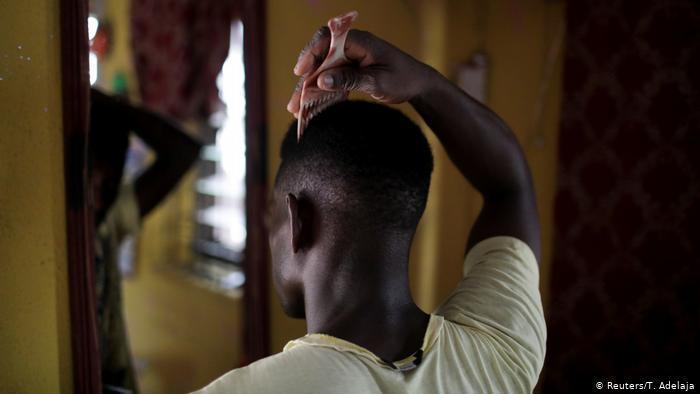 A life of fear: another man who was arrested has lived in constant fear since the raid and what followed: Smart Joel reports that he has already been beaten three times by gangs who recognised him from the video. "I am constantly scared," says the slight 25-year-old. Last year, he said, men accused him of being the "crazy gay guy" and took his phone, money and watch 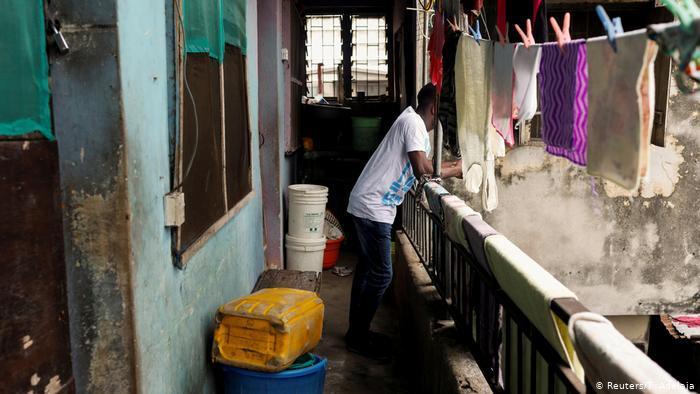 Defying the stigma: he said the first few months after the video was released were the worst for him. Even today, people still point and stare, Smart Joel says. "But at some point, I had to move on without constantly thinking about the stigma, the discrimination, the bullying" 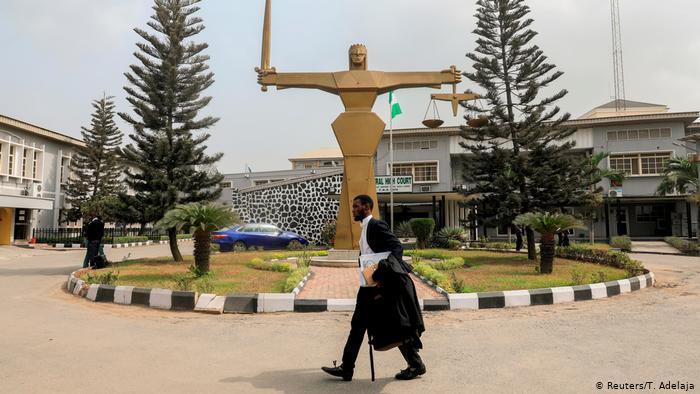 Uncertain verdict: the defendants could be facing up to ten years in prison. But Judge Rilwan Aikawa has already postponed the trial several times since November. The public prosecutor's office has not been able to provide sufficient evidence that gay acts - which are prohibited in Nigeria - took place at James Burutu's birthday party. Subpoenaed witnesses have simply failed to attend the trial. Even the police remain silent

END_OF_DOCUMENT_TOKEN_TO_BE_REPLACED
Social media
and networks
Subscribe to our
newsletter