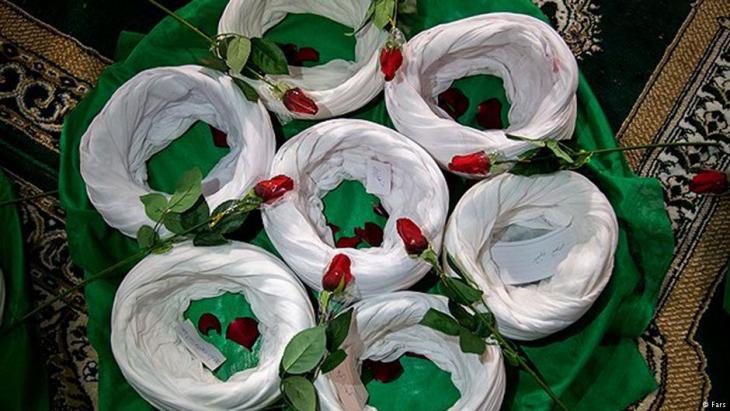 The Sunni-Shia debate
For clarity′s sake

It has been said that ignorance is the fuel of animosity. Indeed, over the years the historical rift between Sunnis and Shias, heightened by various misconceptions relating to a number of key Shia tenets, has served to exacerbate existing tensions in the Middle East. In his article, Mohamed Yosri attempts to de-bunk some of the myths

The Book of Fatima

There has been much discussion among Sunnis about what is known as the Book of Fatima, or Mushaf Fatima. The principal contention is that this is a completely different, Shia version of the Koran. In reality, there is a major difference between the Koran and the Book of Fatima, but the true source of contention is the use of the word mushaf to describe it. As stated in Lisan Al-Arab by Ibn al-Manzur, mushaf in this case refers to a book, rather than the Koran as is commonly believed.

Al-Sayed Kamal al-Haidari explains that the Book of Fatima was the result of the Archangel Gabriel (Jibril) descending to comfort Fatima upon the death of her father, the Prophet. His descent lasted for several days and each night he gave her some news about her children and their future. Ali bin Abi Talib overheard this and recorded it in writing, finally collecting the texts into what would become the Book of Fatima.

Shia imams preserved this book until it came into the possession of the 12th Imam, whom Shias believe will return with the book at the end of days.

Many Sunnis believe that Husseiniyat are Shia mosques, governed by the imamate, where prayers are held. However, in reality, they are simply Shia meeting places, separate from their mosques. It would be more accurate to describe them as social and cultural centres. 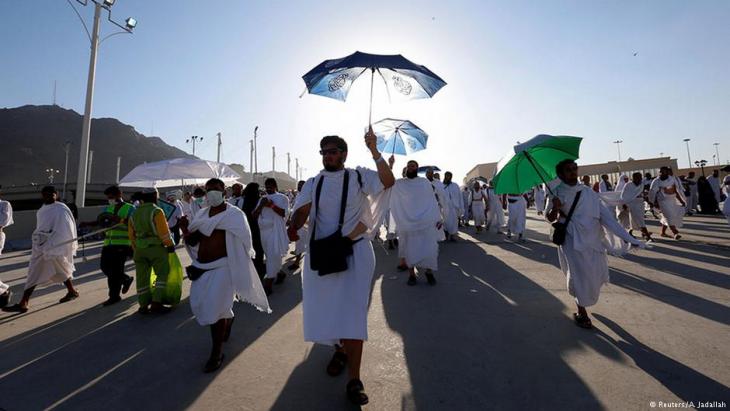 Mecca, Medina, Jerusalem: in addition to the three mosques accepted by all Muslims as holy sites, Shia Muslims consider sites associated with Muhammad, his family members (Ahl al-Bayt) and descendants (including the Shia Imams), their companions, and the Prophets as holy places – such as Najaf and Karbala

Iraqi sociologist Ibrahim Alhidari writes in his book, ′The Tragedy of Karbala′, that ″in the second half of the 19th century, the Shias of Iraq began building Husseiniyat as religious cultural institutions to hold religious rituals,″ in particular commemorating the death of Al-Hussein, which is how they came to be conferred with his name.They often act as venues for cultural seminars, as well as public meetings to discuss issues of common interest. Husseiniyat are also used for wakes and they are usually located near a mosque, which possibly explains the confusion regarding their purpose among those who don′t belong to the Shia community.

Many Sunnis find the manner in which Shias pray, in particular their prostration on a small piece of earth, peculiar. Sunnis generally interpret this to be a manifestation of paganism that has carried over into contemporary times. What Shias actually believe is that Muslim contemporaries of the Prophet Muhammad prostrated themselves on dirt or soil during prayer – any barrier between their foreheads and the dirt was forbidden.

Following the death of Al-Hussein (the grandson of the Prophet Muhammad and the most revered imam in the Shia doctrine) in Karbala in 61 AH, Shias began collecting pieces of dirt from Karbala into dried up lumps. They became accustomed to praying on them, considering them to be ″pure dirt with great significance, where the noblest act of sacrifice was committed,″ according to Sheikh Ahmed al-Wa'ily. Despite the sacredness of this soil among Imami Shias, proselytising on it is not a fundamental requirement of the faith. According to scholar Abdel Hussein al-Amini, any soil can be prayed upon.

Many Sunnis are puzzled by the Shia call to prayer, in which they repeat the phrase ″I testify that Ali is the vicegerent of Allah″. Despite the prevalence of this phrase in various Shia sources, they do not necessarily count it as one of the obligations of the adhan or call to prayer.

Ayatollah Sistani, the spiritual leader of the Shia doctrine, states in his book ′Manhaj al-Salihin′ that the third shahadah (declaration of faith) is a continuation of the second and is recommended, even though it is not officially part of the adhan. 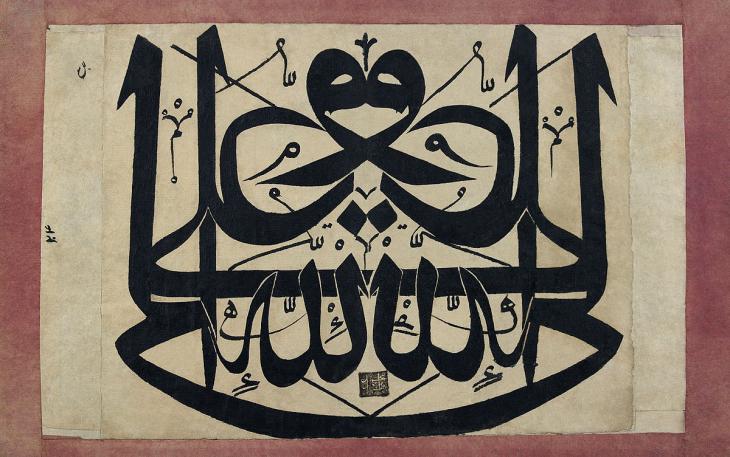 18th-century Ottoman levha, or calligraphic panel, which depicts the Shia phrase 'Ali is the vicegerent of God' (Arabic: علي ولي الله) in obverse and reverse, creating an exact mirror image. Ayatollah Sistani, the spiritual leader of the Shia doctrine, states in his book ′Manhaj al-Salihin′ that the third shahadah is a continuation of the second and is recommended, even though it is not officially part of the adhan

During the last Hajj season, various media outlets circulated news that Iran had decided to direct its citizens wishing to perform pilgrimage toward Shia shrines in Iraq, instead of the two holy mosques in Hijaz. Despite official denials from Tehran, the issue sparked censure among various Sunni circles. This was largely due to confusion surrounding the term marqad, used to describe the shrines, as well as disagreement relating to the holiness of these sites.

As Shia cleric Muhammad Sadiq al-Karbasi has explained, the term marqad derives from the term al-raqad, meaning the resting place of the dead. Thus, the term can be used to refer to any grave, be it Sunni or Shia.

Since they hold the graves of imams whom Imami Shias believe to be holy, the sites in Iraq are regarded by Shias as sacred. Shias believe that these imams mediated between God and the people.

One of the most prominent points of contention between the Sunni and Jafari Shia doctrines is the former′s condemnation of the concept of marriage for pleasure. By contrast, such marriages are permissible and entirely legitimate in the Shia doctrine.

The majority of Sunnis are unaware that both Sunni and Shia Islamic references concede that such unions were permissible during the earlier ages of Islam. Indeed many of the sahabah (the companions of the Prophet Muhammad) entered such unions.

The difference, according to the late Sheikh Ahmed al-Wa’ily, is that ″while Sunnis affirm that the decree for marriages of pleasure was abolished, and that it was forbidden following the Battle of Khyber, Shias do not find sufficient evidence of the abolition, and thus marriages of pleasure remained halal (permissible) for them.″

Thus, the confusion between the two sides is simply an issue of legal interpretation.

According to Sunni custom, the central institutions for religious studies are in Mecca, Al-Azhar, Kairouan, Al-Zaytuna and various other schools and institutions around the Islamic world. Unlike the Sunnis, Shias refer to such religious schools as hawzat.

In Shia custom, the hawza is a school of jurisprudence (fiqh) in which Shia Sharia studies are undertaken. Various Shia hawzat currently exist in Arab and Islamic countries with large Shia populations. Probably the most notable of these are the ones in the cities of Qum, Iran and Najaf, Iraq.

Despite the geographical distance between the two schools and the fact that they do not fall under the administration or supervision of a single body, the teaching curricula at both institutions are very similar. The educational curriculum passes through various consecutive stages, where each stage qualifies for the next, much like the educational systems in traditional Sunni institutes and schools.

Sunnis celebrate two religious holidays: Eid ul-Fitr and Eid ul-Adha. They do not acknowledge any other holidays, hence the confusion caused by the term Eid al-Ghadir.

Eid al-Ghadir is celebrated on the 18th of Dhu al-Hijja every year, based on the belief that upon Prophet Muhammad’s return from the Farewell Hajj (his last and only Hajj pilgrimage), he ordered Muslims to stop at a place known as Ghadir Khumm, where he gave a number of commandments to the Muslims. Among those were the commandment that ″to whomsoever I am leader, Ali is also their leader.″

Shias believe that this saying marked the declaration of Ali bin Abi Talib as the successor in the Imamate, becoming the Caliph over all Muslims. Thus, the day is marked as a holiday that Shias celebrate every year.

Anger in the Middle East is spreading over comments made by an official of India's ruling BJP about the Prophet Muhammad, with various countries summoning New Delhi's envoy and a ... END_OF_DOCUMENT_TOKEN_TO_BE_REPLACED

Women's empowerment in the Gulf has become a tool of deflection, rather than a genuine effort to promote women’s full and equal participation in society. By Mira Al-Hussain END_OF_DOCUMENT_TOKEN_TO_BE_REPLACED

A straightforward message emerged from last week’s meeting in the Negev desert of the foreign ministers of four Arab countries, Israel and the United States: Israel is key to the ... END_OF_DOCUMENT_TOKEN_TO_BE_REPLACED

Hamburg lawyer Eugen Balin is a member of the World Jewish Congress' Jewish Diplomatic Corps. At the end of 2021, a delegation of the Corps visited the United Arab Emirates, which ... END_OF_DOCUMENT_TOKEN_TO_BE_REPLACED

A number of Arab League member states have announced in recent weeks that they intend resuming relations with the Syrian regime. A potential invitation to the Arab League summit ... END_OF_DOCUMENT_TOKEN_TO_BE_REPLACED

The catastrophic human rights situation in Bahrain is being largely ignored by the rest of the world. Despite all the damning evidence, which includes a Human Rights Watch report ... END_OF_DOCUMENT_TOKEN_TO_BE_REPLACED
Author:
Mohamed Yosri
Date:
Mail:
Send via mail

END_OF_DOCUMENT_TOKEN_TO_BE_REPLACED
Social media
and networks
Subscribe to our
newsletter