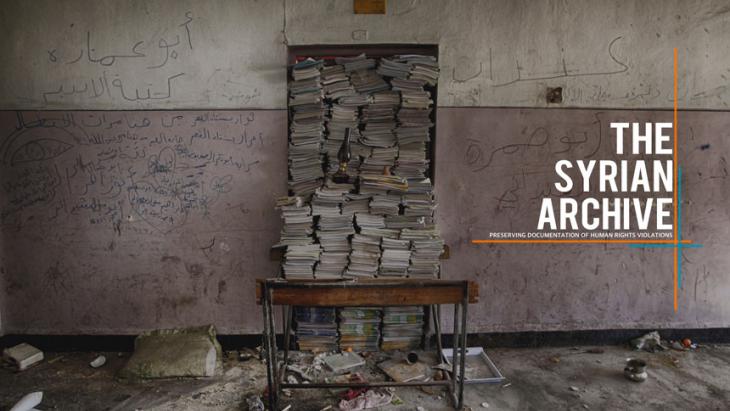 An open source project in Berlin is gathering hundreds of thousands of online videos on the war in Syria in order to investigate war crimes such as the recent alleged chemical weapons attack on Douma. By David Siebert

Among the yucca palms and sofas in a former Berlin commercial building, five activists in their 30s are sitting in front of laptops. The images that flicker across their screens are not for the faint-hearted – scenes of carnage and horror in the aftermath of the alleged poison gas attack on East Ghouta in Syria at the beginning of April.

A shaky smartphone video shows a Syrian man in tears standing before a pile of dead bodies, heaped one on top of the other, most of them children – mouths flecked with foam, eyes wide-open, staring from faces grotesquely distorted.

"About 400 of these videos are uploaded onto YouTube, Twitter, Facebook and the like every day," says Syrian human rights activist Hadi Al Kathib. "They come from TV journalists, human rights groups, individuals or surveillance cameras."

Documenting the anti-Assad revolt via Smartphone

The 33-year-old studied political economy in Damascus, working as an IT specialist at the same time. In 2010, he fled Syria, to avoid military service. It was from exile in Europe that he witnessed the beginnings of the Arab Spring on the Internet. "It was a new phenomenon at that time. Thousands of people were documenting the protests with their smartphones and sharing the videos on social networks."

As the video records of atrocities in Syria mounted up, Al Kathib decided to begin his archive in Berlin in 2014. "At first it was just about saving the videos, because the social media platforms tend to delete them if they regard the content as inappropriate." 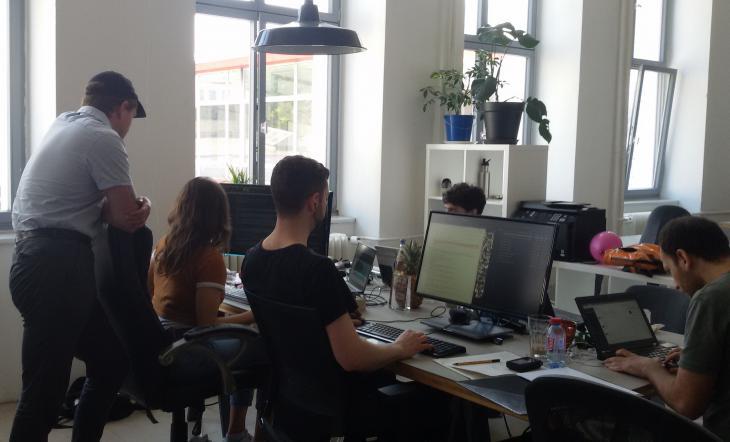 Scouring the Internet for digital evidence: the aim of "The Syrian Archive" is to record human rights violations occurring during the ongoing war in Syria – for academics, but also for possible international criminal investigations, explains Al Khatib. The activists co-operate with a wide network, including Amnesty International and Syrian journalists

In 2017, for example, YouTube took down around 300,000 videos on the war in Syria in an attempt to remove Islamic State propaganda material. Because the self-learning deletion algorithms were unable to distinguish where the material came from, videos made by journalists and aid groups to document war crimes were also removed. Thanks to the efforts of The Syrian Archive, however, the majority of these videos survived.

Once saved, the material needs to be carefully checked. "About five percent of it is likely to be fake news," Al Khatib estimates. "Such material is used by all sides in the war!" The activists therefore examine the metadata of the accounts responsible for distributing the videos. Contradictions in location and time, GPS co-ordinates or the publication history of social media channels are all indications of possible fake news.

In addition, the footage is scanned using a reverse image search – as in the case of the fake news on the U.S. airforce strike on Syria in mid-April, for example. "Shortly after the attack, Ukrainian videos were posted, supposedly showing night images of the blanket bombing of Damascus," Al Khatib explains with a grin. "Our research revealed that the footage was three years old and had originally come from Ukrainian sources!"

The activists – who now receive financial support from the Prototype Fund of the German Federal Ministry of Education and Research (BMBF) – also work with Syrian human rights groups and journalists. They carry out local checks on the trustworthiness of the people responsible for uploading the social media posts, as well as questioning witnesses. 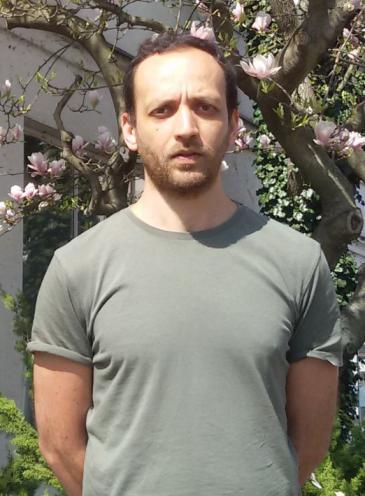 Current research indicates that a total of 212 chemical weapons attacks were carried out in Syria between 2012 and 2018, reports founder of "The Syrian Archive" project, Hadi Al Khatib. The archive aims to collate, verify and make centrally available reports and, most importantly, videos showing chemical weapons attacks, which to date have been scattered throughout the Internet. The project has already saved more than a million videos, with around 4,000 of these verified as genuine

A further resource is geo-location. This makes use of reference points in videos, such as roads, mountains or the outlines of buildings, by comparing them with Google Earth or other satellite images to verify location. The activists also make use of online weather archives to check meteorological facts, including information on the position of the sun and shadows to verify locations and times. The research collective also has the ability to trace aircraft movements – with the help of satellite images from suppliers such as Digital Globe or Airbus.

Tracking the use of chemical weapons

The activists also investigated the suspected poison gas attack in the Syrian town of Douma at the beginning of April 2018, which reportedly resulted in more than 50 deaths. "We were able to use geo-location to verify that the videos of the aftermath of a gas cylinder attack really came from Douma," explains Al Kathib.

"Several gas cylinder drops have been made by helicopter in Syria in the past. The aircraft data shows that a Russian helicopter was circling over the town at the time of the attack – though it may also have been deployed by the Syrian army. This is not 100 percent proof, but it is pretty substantial evidence."

The Syrian Archive has already saved more than a million videos, with around 4,000 of these verified as genuine.  As an open source project, their findings are available to everyone – particularly human rights organisations, journalists and historians. In addition, they create dossiers on suspected war crimes, such as attacks on hospitals, massacres of civilians, or the use of banned weapons such as cluster bombs – in co-operation with partners like Amnesty, Bellingcat and the University of California, Berkeley, all of whom are engaged in similar Internet research.

At the same time, all of the digital investigators attach great importance to independence and the documentation of the violence of all parties involved in the war. "Our research has also shown that IS used mustard gas in Syria on several occasions and that the U.S. airforce bombed a mosque in Aleppo in March 2017, where the great majority of casualties were civilians." According to Al Kathib, however, the overwhelming majority of war crimes in Syria have been committed by the Assad regime.

The collective's most recent research, based on analysis of 2000 videos, Twitter messages and Facebook posts, indicates that a total of 212 chemical weapons attacks were carried out in Syria between 2012 and 2018.

Such data should later help to secure convictions of war criminals at the International Court of Justice in The Hague. An arrest warrant, based entirely on information from social networks, was issued there for the first time in 2017.

Scouring the Internet for digital evidence is set to become even faster in the future. The Syrian Archive will present their new open source programme VFRAME at the re:publica 2018 Internet trade fair in Berlin at the beginning of May. It has the ability to automatically search the ever-growing mass of material on online videos for any clues pointing to the use of illegal weapons – such as cluster munitions – and should make it easier for human rights groups to find evidence of war crimes.

Giessen, Eichsfeld, Kusel, Berlin – cars bearing old German number plates are the latest trend on the streets of Cairo. Many Egyptians regard the discarded plates as chic. What ... END_OF_DOCUMENT_TOKEN_TO_BE_REPLACED

Tunisia has been going through a severe economic and political crisis in recent years. More than one in three young people there are unemployed. For many skilled, qualified and ... END_OF_DOCUMENT_TOKEN_TO_BE_REPLACED

German imams have publicly expressed their solidarity with the women of Afghanistan. In a letter of protest, the clerics say that the Taliban regime's decree barring women from ... END_OF_DOCUMENT_TOKEN_TO_BE_REPLACED

At the end of every year, the team at Qantara.de gives you a run-down of the ten most-read articles on the site over the past 12 months. Here is a quick overview of the stories ... END_OF_DOCUMENT_TOKEN_TO_BE_REPLACED

Social engagement is often motivated by religious factors. A new book explores the background to these community efforts and appraises how effective they are in helping to ... END_OF_DOCUMENT_TOKEN_TO_BE_REPLACED

The government in the Netherlands, one of the last European nations to abolish slavery, has made an historic apology. But some feel that there is still a long way to go. By Ella ... END_OF_DOCUMENT_TOKEN_TO_BE_REPLACED
Author:
David Siebert
Date:
Mail:
Send via mail

END_OF_DOCUMENT_TOKEN_TO_BE_REPLACED
Social media
and networks
Subscribe to our
newsletter