The Museum of Islamic Art is currently staging an exhibition of the works of Marwan entitled "The 99 Attributes". The Syrian-born artist, who has lived in Berlin for five decades, is considered a bridge-builder between the artistic traditions of the East and Western modernism. Ariana Mirza reports

The Syrian-born German artist Marwan, who has lived in Berlin for five decades, is considered a bridge-builder between the artistic traditions of the East and Western modernism. Ariana Mirza reports

​​ "The face is unique, but it can be replicated with mirrors." These lines, written by the poet Ibn Arabi, have been an important source of inspiration to the artist Marwan. From the earliest days of his career, the 74-year-old painter has concentrated on a single subject, namely facial landscapes.

The works currently on display in the Museum of Islamic Art in Berlin, Germany, could be described as the essence of decades of effort to depict emotions in an abstract manner.

The human head, Marwan's central motif, has become a universal metaphor. In his facial landscapes, in which inner life meets outer life, the artist explores the interplay of inner reflection and outer perception.

The etchings at the heart of the exhibition in Berlin all date from the late 1990s. Marwan created a 99-piece "suite of heads" that initially seemed to be free of any link to the Sufic perception of the "99 attributes of God". Looking back, however, the artist now realises that as he grew older, he became more aware of how closely related his work is to Oriental mysticism. 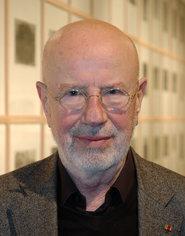 Melancholy, sensuality and the search for knowledge: the Syrian-German painter Marwan

​​ Claus-Peter Haase, director of the Museum of Islamic Art, noticed the links right from the word go. "It is a rediscovery of motifs that influenced Marwan in his early childhood."

The central wall installation in the exhibition, which comprises 99 small etchings and an empty frame, should not, however, be interpreted exclusively as a reference to the "99 attributes of God". With their gestural shorthand and calligraphic abstractions, the individual faces also develop a kind of Arabic iconography.

In addition to the principles of abstraction in Marwan's etchings – principles that are characteristic of Islamic art – and in the oils and watercolours included in this exhibition, there are also visible links to Byzantine iconology.

A big name in the Arab and Western world

A special kind of Arabic iconography: No title, oil on canvas, 2008, at the Museum of Islamic Art in Berlin

​​The Museum of Islamic Art attaches great importance to bridge-building between the Islamic tradition of art and modernism and seeks to act as a cultural link between these two traditions by hosting regular exhibitions of contemporary art. "We are filling a gap," sums up Claus-Peter Haase.

Haase goes on to say that with these exhibitions, the museum is examining contemporary art that is influenced by its links to Islamic culture in the light of its global significance. The exhibition "The 99 Attributes" is a particularly good example of this because, according to Haase, Marwan is equally as respected in the Arab world as he is in the West.

Melancholy, the search for knowledge, and sensuality 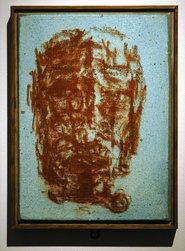 ​​The artist's biography shows that building bridges between East and West has long been a feature of his life. Born in Damascus in 1934, Marwan studied Arab literature in his native city until 1957, when he moved to Berlin to study painting.

In the years that followed, he became an internationally successful freelance painter and spent many years as a professor at the Berlin University of the Arts.

Although Marwan has been based in Germany for over 50 years, important aspects of his work can still be traced to the tradition of Oriental culture. In addition to melancholy and the search for knowledge, sensuality – of the kind found in Oriental literature, architecture, theory of colour, and calligraphy – is a reoccurring theme of Marwan's work.

According to the art critic and writer Joachim Sartorius, "One can sense Damascus as a cipher in Marwan's paintings".

"Marwan: The 99 Attributes" at the Museum of Islamic Art in the Pergamonmuseum Berlin, Germany, until 15 February 2009.

The Iraqi Artist Rafa Al-Nasiri
Creativity as Resistance
Rafa Al-Nasiri is one of the best-known contemporary Iraqi artists on the international stage. His work is deeply influenced by the culture of Arabic script, and also by his intensive encounters with artists in China and Europe. Martina Sabra interviewed the artist at his home in Amman, Jordan

Wafaa Bilal's "Domestic Tension"
Iraqi Artist as Human Target
For an entire month, the Iraqi artist Wafaa Bilal subjected himself to a remote-controlled barrage of fire from a paintball gun. Internet users shot at the defenseless man over 60,000 times. Ariana Mirza spoke to the USA-based artist

Art and Islamism in Indonesia
When Creativity Is a Sin
Though Indonesia's contemporary artists enjoy an enthusiastic audience, they increasingly feel that Islamist moralizers are interfering with their creativity. Arian Fariborz takes a look around Yogyakarta and talks with a number of artists about their situation and perspectives

END_OF_DOCUMENT_TOKEN_TO_BE_REPLACED
Social media
and networks
Subscribe to our
newsletter