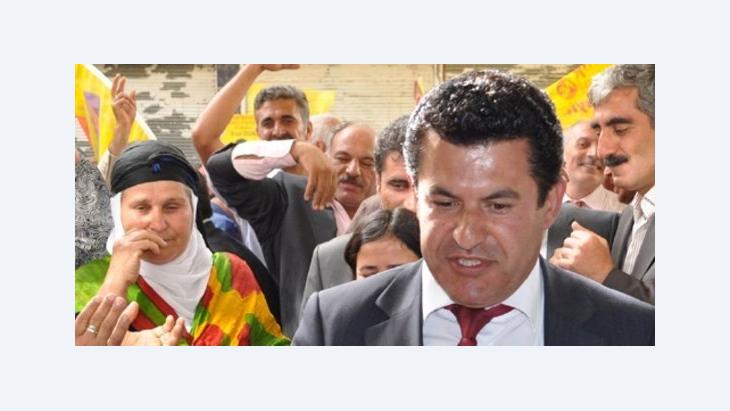 Source of Hope for the Christian Minority

﻿Turkey has taken a historic step. For the first time in decades, a Christian was elected as a member of parliament. He is Erol Dora, a Syrian Orthodox lawyer. A report by Thomas Seibert in Istanbul

The name Erol Dora was not familiar to most Turks – until this weekend. The 47-year-old lawyer has now caused a historic sensation in the only Muslim applicant country to the EU: Dora is the first Christian politician in half a century to take up a seat in parliament in Ankara.

Dora thinks that it is about time. "There haven't been any Christian members of parliament since the 1960s," said the lawyer in an interview with Qantara.de. "I don't find that normal." 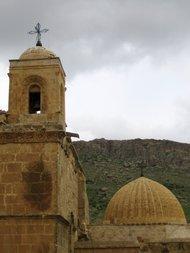 Here since the time of early Christianity: Some 3000 Syrian Orthodox Christians currently live in the south-eastern Anatolian province of Mardin and in neighbouring Tur Abdin

​​Dora is one of Turkey's approximately 13,000 Syrian Orthodox Christians. The southern Anatolian province of Mardin is the traditional home to the small minority, whose members still speak Aramaic, the language of Jesus Christ.

The region also features many ancient Syrian Orthodox monasteries, the most important of which, Mor Gabriel, came into the international spotlight in recent years due to a legal battle with the Turkish state.

Dora comes from south-eastern Turkey, although he has long since worked in Istanbul. Born in a small, exclusively Christian village in 1963, Dora moved away when he was nine in order to attend school.

In the 1990s, the region was evacuated by the Turkish security forces in the war against the Kurdish PKK rebels. Its inhabitants lost their homes and sought refuge even as far away as Western Europe, just like many who lived in the other 3000 or so destroyed villages in the Kurdish region.

In light of this background, Dora is a credible representative of the region when he campaigns in Mardin. Nobody here is bothered by the fact that he is a Christian, says the lawyer. 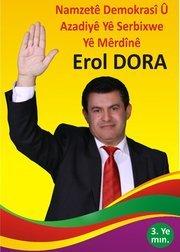 A credible voice for the region: Erol Dora won a direct mandate as an independent candidate in Mardin

​​The province has a widely diverse ethnic and religiously mixed population, which includes Turks, Kurds, Arabs, Muslims, Christians, and Yezidis. "We have lived here together for thousands of years," says Dora. "If anyone here had something against Christians, then I simply wouldn't be able to run for office."

The rest of Turkey is not nearly so open towards a Christian candidate. Although the country is officially a secular republic, the state has for a long time tended to view members of non-Muslim groups as potential traitors.

Armenians and Greeks have been regarded as agents of enemy powers, Jews were long considered suspect, and even the tiny minorities, such as the Syrian Orthodox Christians, had problems.

It has only been in the past few years that Christians in Turkey have been permitted to build churches. They are still waiting, however, to be granted legal status as religious communities.

The last Christian parliamentarian in Turkey was Berc Sadak Turan, an Armenian senator, back in the 1960s. In the mid-90s, a conservative party sent Cefi Kamhi, a Jewish businessman, as a representative to parliament in Ankara, but since then, there have only been Muslim members of parliament.

Even today, the main Turkish parties still express reservations with respect to non-Muslim politicians. Dora officially ran in Mardin as an independent candidate, although he was on a list supported by the Kurdish BDP party. The BDP thereby hopes to overcome the ten percent electoral barrier in Turkey. 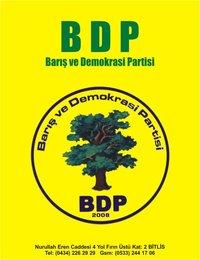 Dora officially ran in Mardin as an independent candidate, although he was on a list supported by the Kurdish BDP party

​​It was the only party that showed interest in the Christian lawyer. The pro-Islamist AKP governing party could not find a single non-Muslim candidate for the 550 seats in parliament. Even the Kemalist CHP only reserved a place on their list with minimal chances of success for their sole Jewish candidate.

Once in Ankara, Dora promises to be an advocate for Christians and work in general for the democratization of his country. "I want to contribute as a citizen of the Turkish Republic."

In any event, the new parliament is supposed to draft a new constitution for the country. Dora also wants to work in Ankara for an end to the Kurdish conflict. He hopes to someday return to his native village. "We want to end the war. We all remain brothers."

END_OF_DOCUMENT_TOKEN_TO_BE_REPLACED
Social media
and networks
Subscribe to our
newsletter