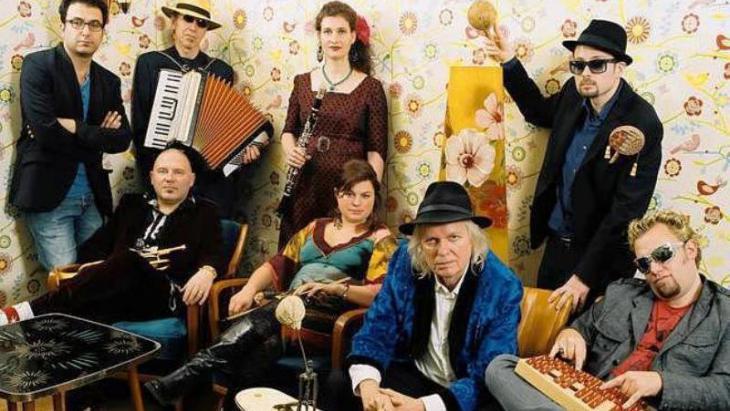 Following in the footsteps of the major Egyptian composer Mohammed Abdel Wahab, the Tabadoul Orchestra brings together musical styles from all over the world. The ensemble was founded by musicians from Cologne, Egypt and Turkey. By Martina Sabra

The Schal Sick Brass Band is a group of international musicians from Cologne that has been playing world music in the truest sense of the word since the early 1990s. Albums released by the band, which was founded by Raimund Kroboth, feature European, Iranian, Arab, Turkish and South-Eastern European traditions. With their exciting sound, these innovative musicians have made plenty of festival audiences cheer and dance.

In 2010, some of the members of the Schal Sick Brass Band started another project, which is once again breaking new ground. This project is known as the Tabadoul Orchestra.

"Tabadoul" is an Arabic word meaning exchange. This exchange has so far revolved around an epoch-making artist and cosmopolitan entertainer who enriched more than just the Arab world, though he is still largely unknown in the West: the legendary Egyptian composer, musician and actor Mohammed  Abdel Wahab (1902–1991). 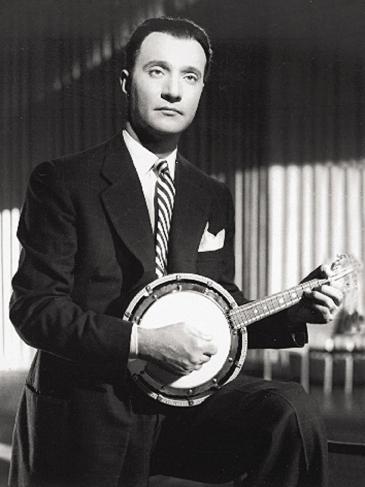 Talented and innovative: Mohammed Abdel Wahab's orchestration and composition technique made him one of the most important pioneers and innovators of Arab art music in the twentieth century

Mohammed Abdel Wahab's innovative orchestration and composition technique makes him, along with Sayed Darwish, the most important pioneer and innovator of Arab art music in the twentieth century. Born in Cairo in 1902, as a young boy he learned to recite the Koran, which was the norm in those days. But Abdel Wahab was not only rooted in tradition, he was also a man of his time.

The good-looking, smart entertainer founded Egypt's first professional record company. He was also the first to recognise the significance of talking pictures for the mass marketing of music in the Arab world. In the 1930s, Abdel Wahab wrote and produced the first Egyptian film musicals – a format that was particularly successful in the 1940s.

As a composer, Abdel Wahab had the unique talent of being able to blend oriental and global musical traditions. However, some of his pieces were up to an hour long. How can a modern ensemble adjust these lengths to suit today's listening habits?

"For one thing, we shortened most of Abdel Wahab's pieces a lot," explains the trumpeter and co-founder of the Tabadoul Orchestra, Udo Moll. "As Europeans, with European conditioning, we simply can't sit through many of the pieces. We don't speak Arabic, so the tarab isn't accessible to us. After ten minutes, many of us think: right, I've heard enough now, because a lot of things are repeated – and because it's very elegiac, very drawn out."

This is why Udo Moll and the Tabadoul Orchestra reduced Abdel Wahab's pieces, creating more compact, rockier versions, to which Western listeners will also be able to relate. This was possible because Mohammed Abdel Wahab was himself an innovative and eclectic musician who integrated musical styles from all over the world into Egyptian music.

He enlarged the traditional Egyptian orchestra, which is dominated by stringed instruments, adding Western instruments like the guitar and the piano, also using the electronic versions of both instruments. Abdel Wahab's compositions used Latin American and Western dance rhythms, among others, such as rhumba, cha-cha, waltzes and swing. He had no qualms about copying entire sections of melodies from international songs. In those days, nobody was interested in copyright.

In early 2013, the Tabadoul Orchestra underwent a change: some of the Schal Sick Brass Band musicians left and were replaced by musicians playing the double bass and vibraphone. In the same year, the band worked with young video artists from the underground art scene in Beirut to stage the "Wahab Screening" project.

Based on clips from Abdel Wahab's musical films, the performance illustrator Mazen Kerbaj and the video artist Raed Yassin created live performance artworks that reflected the social reality and the situation of art in the Middle East of the twenty-first century.

Since 2013, the orchestra has been appearing regularly with the charismatic Lebanese singer Rabih Lahoud. The current tour, which is taking the orchestra to Cologne, Lebanon and Dubai among other places, also features the Lebanese actress and singer Sandy Chamoun for the first time.

"I met the Tabadoul Orchestra in Beirut, and I'm very glad to be able to be part of it all now," she said at her first performance in Cologne. "Mohammed Abdel Wahab was a romantic. He sang about love and nostalgia. His songs have influenced generations and we young people in Lebanon also carry his songs within us. It connects people, across generations and borders."

Home
Print
Newsletter
More on this topic
The Tabadoul Orchestra websiteA German brass band in the Middle East: Touring the Orient with a trumpet and a notepadMarcel Khalifeh: "An iconic figure of contemporary Arab culture"Music scene in Beirut: Nostalgic about the war
Related Topics
Arab music, Musical worlds, Places of Dialogue
All Topics

Abortions are illegal in Egypt unless they are necessary to save a married woman's life. But that doesn't stop local women from having one. Egyptian society needs to acknowledge ... END_OF_DOCUMENT_TOKEN_TO_BE_REPLACED

Food prices doubled, salaries halved, banks restricting withdrawals: Egyptians now have the same problems as the Lebanese. But if things get worse here, the fallout will be far ... END_OF_DOCUMENT_TOKEN_TO_BE_REPLACED

Giessen, Eichsfeld, Kusel, Berlin – cars bearing old German number plates are the latest trend on the streets of Cairo. Many Egyptians regard the discarded plates as chic. What ... END_OF_DOCUMENT_TOKEN_TO_BE_REPLACED

Egyptian Sufis have been on the defensive against the country's Islamists for decades. Meanwhile, interest in mysticism is growing among the young members of Cairo’s middle and ... END_OF_DOCUMENT_TOKEN_TO_BE_REPLACED

Chinese President Xi Jinping's visit to Saudi Arabia in December 2022 may have rattled Washington, but it simply highlighted the Arabs’ desire to diversify their foreign relations ... END_OF_DOCUMENT_TOKEN_TO_BE_REPLACED

END_OF_DOCUMENT_TOKEN_TO_BE_REPLACED
Social media
and networks
Subscribe to our
newsletter