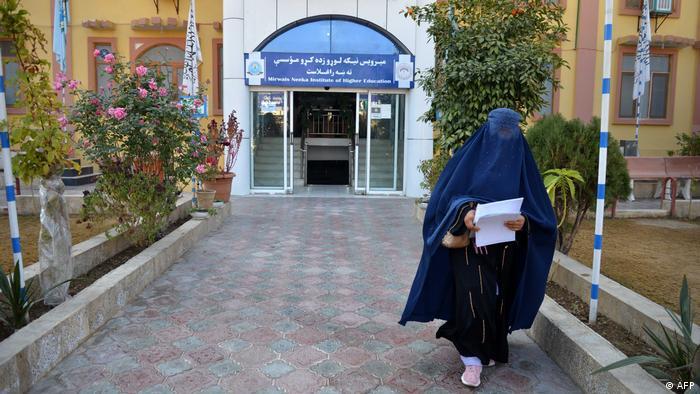 Goodbye forever? A woman in a burka leaving a university in Kandahar province. She will not be allowed to return. In a government statement in mid-December 2022, the Islamist Taliban instructed all universities – private as well as public – in Afghanistan to ban women from attending. All female students were barred from universities with immediate effect 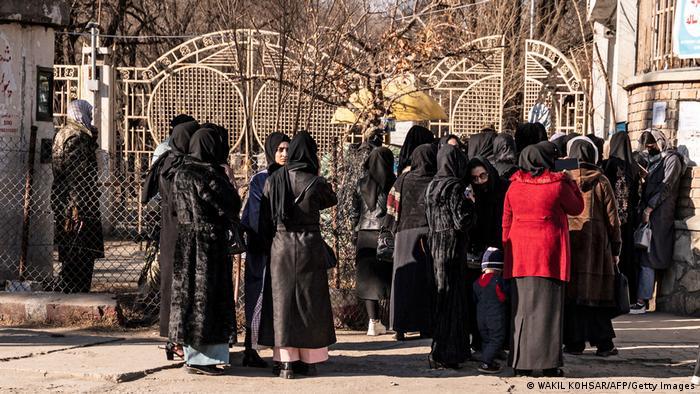 Women to remain outside: the day after the university ban, the Taliban are seen monitoring the entrance of a university in Kabul. The ban is for an indefinite period. But there have also been protests at the universities: male students walked out of an exam in solidarity, professors resigned 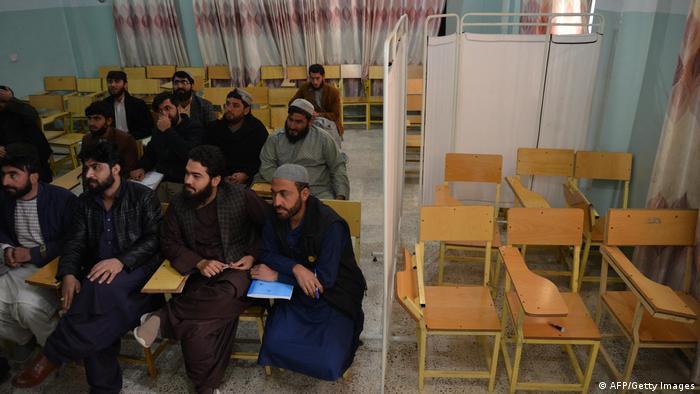 Higher education? Purely a male affair: there have been restrictions before. When the Taliban seized power in August 2021, universities were made to separate entrances and classrooms according to gender. Women were only allowed to be taught by other women or old men. Here you can see how an area for female students in Kandahar University was cordoned off using a curtain 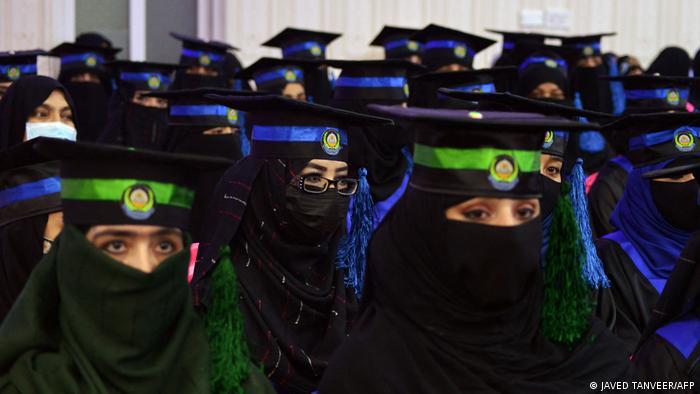 The last of their kind: these female graduates of Benawa University Kandahar were still able to graduate in March with a degree in computer science. Internationally, the renewed restriction of women's rights has been heavily criticised: Human Rights Watch called the university ban a "shameful decision", the UN described it as a violation of human rights 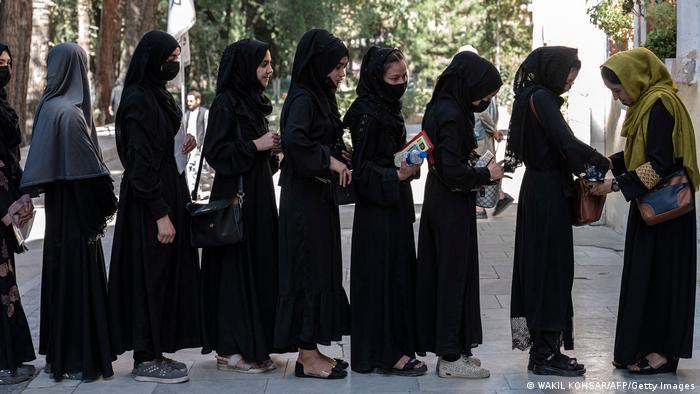 "Devastating impact on the future of the country": as recently as October 2022, thousands of girls and women sat university entrance tests, like this one outside Kabul University. Many of them wanted to study teaching subjects or medicine. UN Secretary-General Antonio Guterres said that the university ban "not only violates women's equal rights, but will have devastating effects" 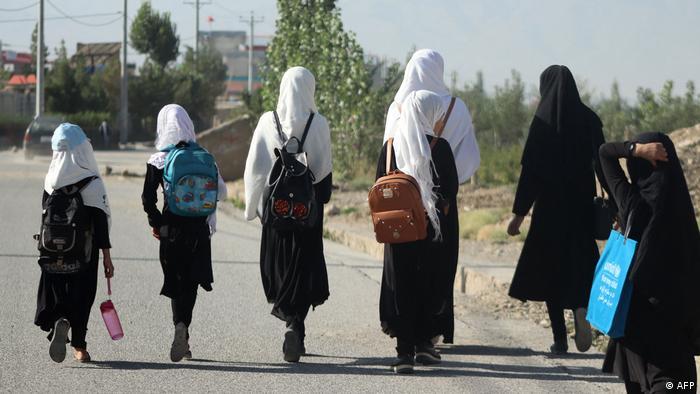 Scant educational opportunities for girls: the ban on university attendance is a further restriction on educational opportunities for women and girls. For some time now, teenage girls in most of the country have not been allowed to attend secondary schools from the seventh grade onwards. These girls, who are on their way to school in eastern Afghanistan, are lucky: some provinces away from the Taliban's centres of power ignore the ban 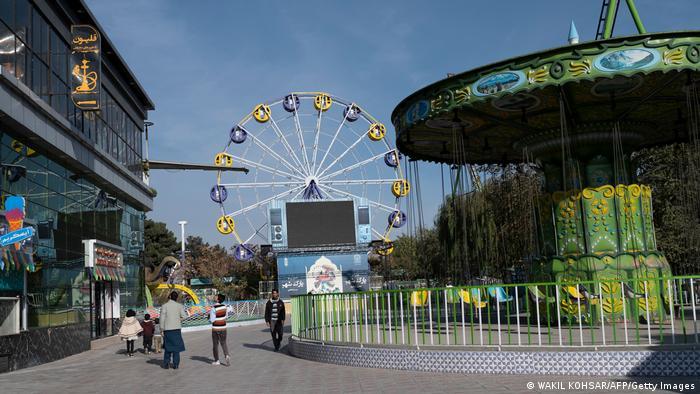 Land of invisible women: girls and women are largely excluded from public life. For some months now, they have not been allowed to visit gyms and parks in Kabul. This amusement park in the capital is also off-limits to female visitors. The Taliban justified the ban by saying that regulations on the separation of the sexes were not being observed and that women were not wearing the prescribed headcoverings 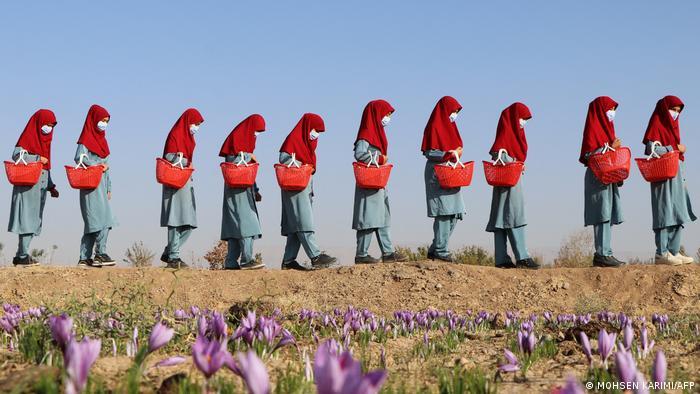 Dystopia becomes reality: women collect saffron flowers in Herat province. They are allowed to do this work, unlike most other professions. Since coming to power, the Taliban have enacted numerous regulations that massively restrict the lives of women and girls: for example, they are forbidden to travel without a male companion, and outside their homes they must wear the hijab or burka 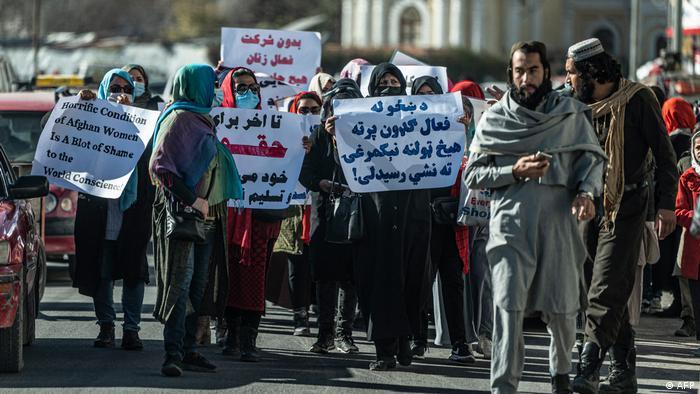 "The world should be ashamed ": Many Afghan women refuse to accept the abolition of their rights. Here women are seen demonstrating in Kabul in November 2022. "The world should be ashamed of the terrible situation of Afghan women", reads one placard. Public protest requires a lot of courage – demonstrators risk beatings and imprisonment. Women's rights activists are persecuted in Afghanistan

END_OF_DOCUMENT_TOKEN_TO_BE_REPLACED
Social media
and networks
Subscribe to our
newsletter