Why is it that - in contrast to the attention given to the Middle East conflicts - Arab media and politicians are largely ignoring events in Darfur? Moataz El Fegiery and Ridwan Ziyada look for answers 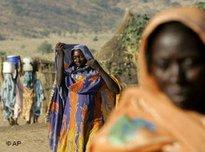 The Arab world's response to the Darfur crisis has been a miserable failure, write Moataz El Fegiery and Ridwan Ziyada

​​For many people in the Arab world the "humanitarian catastrophe" unfolding in Darfur just doesn't exist – and the simple reason for that is that the Arab media has ignored it. So it's little wonder that there has been no unease or disapproval voiced at the ignorance exhibited by the Arabs on the subject of crimes against humanity in this region of Sudan.

What makes things worse is a suspicion that what we are faced with here is the kind of unscrupulousness that borders on a denial of history; one need only recall the role of some Arabs in the African slave trade.

Let's assume for the moment that Arab governments' displaying a less than clear cut commitment to the human rights issue in Darfur is only to be expected – in fact it is just about the last thing an Arab government is going to place on its list of foreign policy priorities – but what about Arab journalists, intellectuals, political activists and artists? How is their behaviour, particularly those whose job it is raise public awareness of such things on behalf of the United Nations, to be explained?

Turning a blind eye on the Darfur crisis

How can they justify their silence on events in Darfur? No explanation, no honestly expressed shock at what is happening in Darfur has been forthcoming. The only rent in this curtain of silence being the statement of 17 October 2006, when at least some few Arab intellectuals were prepared to express their disapproval of "the silence of the Arab world in the face of the humanitarian catastrophe in Darfur."

Since 2003, a combination of the armed hostilities, generally poor living conditions and widespread disease and malnutrition has brought the death toll in Darfur to somewhere in the region of 300,000 – 400,000. Over two million refugees are on the move or have fled the country completely. The violence has left three and a half million people dependent upon humanitarian aid money. 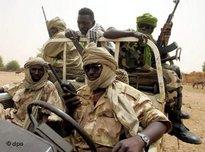 ​​The peace treaty signed at Abudja on 5 May 2006, between the Khartoum government and one of the most influential of the province's guerrilla groups has failed to bring either security or peace to Darfur. The indications are, in fact, that far from improving, things are getting worse.

In Darfur, in contrast to what is happening in other Arab regions, what we have is an internal Sudanese conflict that is being fought out between the central government and armed opposition groups, against a backdrop of decades of backwardness in development and government greed for power – and this in a region where ethnic, cultural and religious disharmony has brought a catalogue of wars, one after the other.

The fact that the Arabs have ignored the subject, despite the vicious bloodletting, may be down to the central importance attached to the Middle East, particularly to the conflict with Israel. Certain sections of the political and intellectual elite of the Arab world are choosing not only to ignore, but also even to deny the situation in Sudan. This has been suggested by reports from both the Arab Doctors and Muslim Lawyers unions, amongst others.

The role of the Arab media

Darfur, then, unlike the Middle East conflicts, is a non-event as far as Arab media interest is concerned – "as if Darfur were really none of our business, or we didn't want it to be any of our business," was how one female Arab journalist put it.

Some sections of the Arab media even insist on referring to the Darfur crisis as "a Zionist-American conspiracy" whose aim is to carve up and depredate Sudan. It's a belief that conveniently allows them to ignore the crimes committed in the region itself. Some national media, the Egyptian in particular, are choosing to lay increasing importance on the question of national security to the detriment of all other humanitarian concerns.

The Egyptian media, in fact, has not only continually denied the existence of the humanitarian crisis in Sudan; it continues to adopt an arrogant attitude to the subject. Egyptian press reports on the crisis of the Sudanese refugees, dozens of whom were killed after they gathered in a square in Cairo to protest against policy on refugees, clearly illustrated this.

The official Egyptian press vindicated the action of the security forces and were arrogant and racist in their reporting of the fate of the defenceless Sudanese, who had fled the misery of Sudan only to make the acquaintance of clubs wielded by the Egyptian security forces.

Much of the current debate is taken up with protest over the presence of the UN peacekeeping forces in Sudan. On the one hand, the Arab regimes accuse the international community of incompetence and of applying double standards with regard to the Arab-Israeli conflict. At the same time, however, there are constant demands made for international protection for civilians in Palestine.

The same double standards are also recognisable in Arab thinking. The blinkered political rationale has cost millions of civilian lives in Darfur, with innocent people suddenly becoming expendable pawns in the conflict being waged by the political and intellectual Arab elite against the West.

What some, in particular the Khartoum government, have overlooked is the fact that a 10,000-strong UN troop, made up mostly of soldiers from 60 different African and Asian countries, is currently stationed in Sudan.

It was the peace agreement of 2005 that brought an end to twenty-one years of civil war between the government and the Sudanese liberation movement and led to the troops being deployed in central and southern areas of the country.

The Arab world's response to the Darfur crisis has been a miserable failure. It's the moral failure, however, more than the political failure, that is the real tragedy. And it is a failure of the intellectuals just as much as it is of the Arab governments.

Because it is better late than never, Arab politicians, intellectuals, lawyers and journalists must act now. They must come together to protect the people of Darfur. It may, perhaps, still be just enough to help ease a little the pangs of remorse and grief which are the lot of all who indulge in misplaced silence and ignorance.

This article was first published by al-Hayat.

Darfur Peace Accord
Say What You Like on Paper
After almost two years, talks moderated by the African Union on the future of Darfur have finally produced results. Yet many doubt that the government in Khartoum and the rebels are truly serious about making peace. Marc Engelhardt reports

END_OF_DOCUMENT_TOKEN_TO_BE_REPLACED
Social media
and networks
Subscribe to our
newsletter