The Heinrich Böll Foundation hosted a symposium on "The Transformation of Palestine" in Berlin. At the gathering, experts re-appraised the history of the Palestinians since the foundation of the state of Israel in 1948. Bettina Marx reports 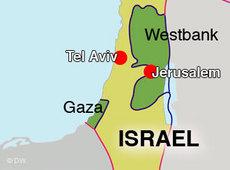 62 years after the "Nakba" and the continual/perpetual Israeli occupation policy, the Palestinian autonomous territories present themselves as politically, socially and geographically divided

​​ "Nakba" is the Arabic word for catastrophe – and Palestinians perceive the foundation of the state of Israel in 1948 as a catastrophe. After all, this was the moment when they lost almost 80 percent of their homeland, the territory between the Mediterranean and the Jordan River.

What was left over is today deeply divided, explains political scientist Nathan Brown from Washington. "A deep rift has formed between the West Bank and the Gaza Strip," he says. A rift that is not only separating the two ruling parties Fatah and Hamas, but also increasingly populations in both parts of the occupied Palestinian territories.

Between the years 1994 and 2000, during what was known as the Oslo peace process, the West Band and the Gaza Strip merged administratively and institutionally, culturally and politically. They shared the same goal: to form a unified Palestinian state. But all this was undone with the election of Hamas in the year 2006, and the violent assertion of the party's power in Gaza the following year.

This assessment contradicts the view of German academic Helga Baumgarten, who currently lectures at the Birzeit University in the West Bank. The division between the West Bank and Gaza began much earlier, she says, even before the signing of the Oslo peace accords between Israelis and Palestinians. 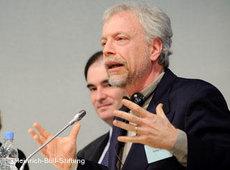 "A deep rift, which has emerged between the West Bank and the Gaza Strip, and also increasingly the divides the populations in both parts," – Nathan Brown, political scientist from Washington

​​ In early 1993, even before the signing of the first Oslo agreement, the Israeli army severed links between the Gaza Strip and the West Bank. Thereafter, Palestinians were no longer able to move freely between the two sections of their territory.

"That means that this process of separation was triggered by the occupation, and not by political conflicts between Palestinian factions," says Baumgarten.

Ali Jarbawi, minister in the autonomous administration in Ramallah, also stresses that the Israeli occupation is the defining factor in the life of Palestinians. It has not only led to the split between Gaza and the West Bank, but also to the complete fragmentation of the geography of Palestine, he says.

"If I want to travel the 100 kilometres from Ramallah to Jenin, then I have to pass three or four permanent roadblocks," says the politician, who was born in Jenin. The fragmentation of the West Bank is in the meantime now a fact, just like the secession of Jerusalem from the West Bank and the split between Gaza and the rest of the Palestinian territories, Jarbawi maintains.

Ali Jarbawi is not just Minister of Planning, he is also a leading Palestinian political scientist. He was general director of the Palestinian Independent Center for Citizens' Rights and – between 2002 and 2004 – also executive director of the Central Elections' Commission.

"We Palestinians have been trying since the Nakba to achieve our independence and freedom," says Jarbawi. "Trying to make a symmetrical system out of this asymmetrical one, to make a normal situation out of an abnormal one. But it's not possible, because we're a people under occupation." 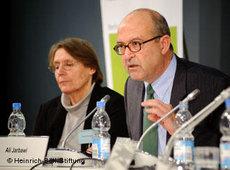 "The Israeli occupation as defining factor in the life of the Palestinians" – Ali Jarbawi and Dr. Helga Baumgarten at the Symposium "The Transformation of Palestine" in Berlin

​​ The experts invited to participate in the Heinrich Böll Foundation's symposium "The Transformation of Palestine" in Berlin did not arrive with any hopeful messages.

For two days they discussed the explosive situation in the Middle East, the division of society and the fragmentation of the territory, the destruction of Palestinian democracy and the loss of pluralism. But in the end, key questions remained unanswered: Is a settlement of the conflict possible? Is there still hope that a Palestinian state can exist alongside Israel?

We should launch a last attempt, recommended Ali Jarbawi. But, he added: "The Palestinians will not accept a state made up of leftovers."

If the Palestinian state does not come about in the next two years, he said, then it will be time to say goodbye to the two-state solution. Thereafter, Palestinians must make it clear to themselves and the world that they are no longer striving for their own state, but that they would aim for a one-state solution.

This would then mean that although Palestinians would give up on the idea of their own national state, they would demand equal rights within the state of Israel. Instead of the hoped-for two states cooperating peacefully with each other, a bi-national state would have to arise from the Mediterranean to the Jordan River, with 5.5 million Jews and at present, 5 million Palestinians.

Middle East Conflict
Entering a New Phase
"Land for Peace" – that was the formula upon which the 1993 Oslo Accords between Palestinians and Israelis was based. Yet, the Palestinian dream of their own state is still not an inch closer to reality. Birgit Kaspar reports

END_OF_DOCUMENT_TOKEN_TO_BE_REPLACED
Social media
and networks
Subscribe to our
newsletter