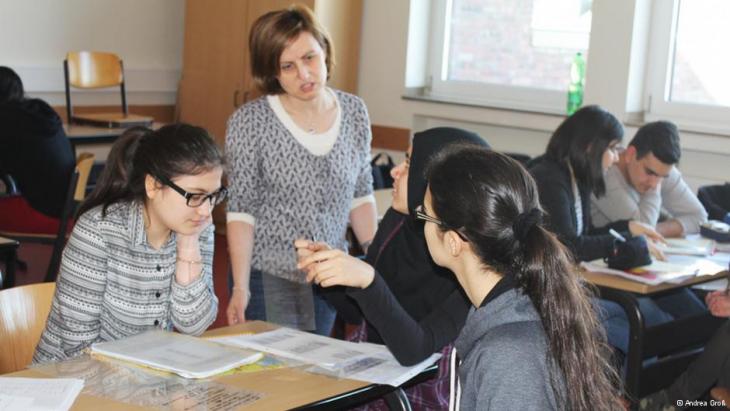 The Turkish language in Germany

Turkish is booming at schools and universities

An increasing number of young people in Germany are taking Turkish at school. The German–Turkish Year of Science hopes to further boost this trend. At present, only native speakers can take the subject at schools, but this is about to change. By Andrea Groß

The third class of the day has begun at Ricarda-Huch-Gymnasium, a grammar school in the city of Gelsenkirchen in Germany's industrial heartland. Fifteen year-11 pupils are sitting in small groups analysing a poem in Turkish. "The author describes women as gentle creatures who beautify the world," says one girl, Enes Cetiner, explaining the text. This is an advanced level course. All of the pupils sitting here have chosen Turkish as a main subject for their school-leaving exam, the Abitur, which qualifies young people to go to university.

More than 30 years ago, this school was one of the first in Germany to introduce Turkish as a subject. At the time, it was thought that this could help the children of immigrant labourers, who had been contracted from Turkey in the 1960s to work in the local mines and industries. "Here in Gelsenkirchen, there were Turkish children who were qualified to attend a grammar school, but never did," explains head teacher Ursula Klee. "At this school, a decision was made to take on such children and offer them the opportunity to do the Abitur."

Instead of French or Latin, the students take Turkish as their second foreign language. For those with no previous knowledge of Turkish, however, this is not an option. Even Serenay Ulker, who has Turkish roots and can speak the language, soon realised that it is not as easy as she thought. In principle, it is the same as when you take German, explains the 16-year-old: "Knowledge of the language is a precondition, and you work directly on texts." The subject is taught at the same level, just in a different language. 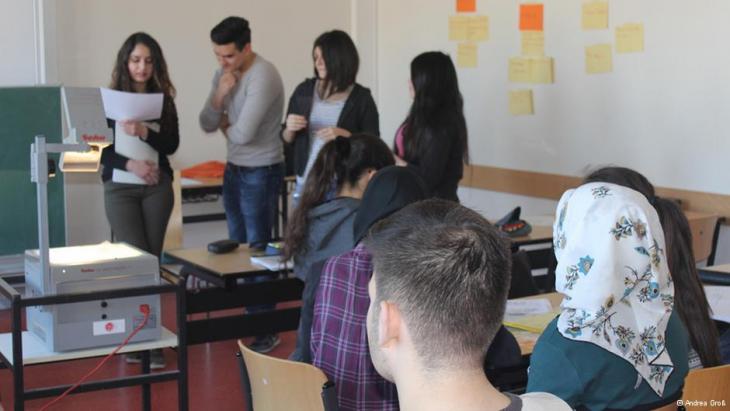 Thirty years ago, the Ricarda-Huch grammar school in Gelsenkirchen became one of the first schools in Germany to offer Turkish instruction. Today, pupils can take Turkish as a subject for their school-leaving examination. Some of the pupils on the advanced Turkish course want to live and work in Turkey when they finish school and university

The German state of North Rhine-Westphalia has established that in the last school year, some 8,500 pupils took Turkish. This is more than ever before. For this reason, schools have worked out a new curriculum, which as of next year will allow pupils with no Turkish roots to take Turkish as a second foreign language.

The subject seems to be experiencing a real boom. Pinar Oguzkan shares this opinion. Oguzkan is a research assistant at the Institute of Turkish Studies at the University of Duisburg-Essen, the only institute in Germany that trains Turkish teachers. "The programme was established in 1995 with 30 students. No less than 128 new students registered last winter semester." A total of 620 students are currently training to become Turkish teachers.

The university has since instituted a numerus clausus policy for the programme, limiting the number of students on the course. Pinar Oguzkan has no explanation for its growing popularity. One possible reason is provided by the Centre for Turkish Studies and Integration Research, which was founded in 1985 in Essen to study the integration of immigrants into German society. According to the centre, Turkey is increasingly seen in Germany as a rising economic power. The current German–Turkish Year of Science is an expression of the present boom.

German students are also showing an interest in Turkey. The German Academic Exchange Service (DAAD) confirms that Istanbul is enjoying greater popularity than ever before among German students as a destination for a study semester abroad. Of the approximately 1,000 Turkish–German university co-operation projects, more than half are with universities in Istanbul. Pinar Oguzkan confirms this trend. "All of our students must complete a semester abroad; 90 per cent of them go to Istanbul." 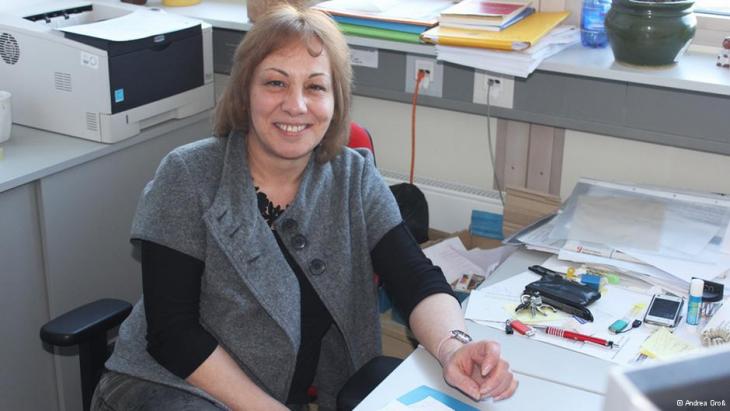 Pinar Oguzkan is a research assistant at the Institute of Turkish Studies at the University of Duisburg-Essen, the only institute in Germany that trains Turkish teachers

Amid the general euphoria, Ursula Klee, the head teacher at the Ricarda-Huch-Gymnasium in Gelsenkirchen, points to a negative trend. Interest in learning Turkish is on the decline at her school. "We currently have only 15 pupils taking the introductory phase for Basic Turkish, and it may well be that we won't be able to offer Turkish as an advanced course next year."

When Serenay Ulker graduates from school next year with an Abitur in her pocket, she would like to study management at university and then move to Turkey. "Where you can enjoy the sun, the beach, and the sea," she laughs, before adding seriously, "Integration in Germany only goes so far." The educational opportunities are excellent, she explains, but as a woman with Turkish roots she will still be at a disadvantage on the German labour market.

Serenay Ulker is not the only one in her course who plans to move to Turkey after school and university. Pinar Oguzkan considers this a shame; after all, when they go, Germany will lose highly trained young people. Perhaps, she says, the situation will improve as a result of the German–Turkish Year of Science.

Some companies in Germany are reluctant to hire Muslims. But it is not only the Muslim applicants who are losing out, so too are the companies. After all, there are multiple ... END_OF_DOCUMENT_TOKEN_TO_BE_REPLACED

The European Court of Justice has given its backing to companies that don't allow female Muslim staff members to wear headscarves – as long as they don't permit the wearing of ... END_OF_DOCUMENT_TOKEN_TO_BE_REPLACED

Ayaan Hirsi Ali’s new book "Prey" claims to examine how Muslim immigration threatens the rights of Western women. Indeed the injustices women face only seem to matter to her when ... END_OF_DOCUMENT_TOKEN_TO_BE_REPLACED

The Saudi national team is set to play the German Olympic squad at the Olympics in Tokyo later this month – a chance for the outsiders to make their mark. At the same time, and ... END_OF_DOCUMENT_TOKEN_TO_BE_REPLACED

I regret very much that I worked for the Bundeswehr. If the Taliban knock on my door, I hope they shoot me right away. Guest article by Ahmad Jawid Sultani END_OF_DOCUMENT_TOKEN_TO_BE_REPLACED

Muslims in Europe regularly experience threats, witness attacks and are the target of hate across national borders. Now the Council of Europe, the continent's leading human rights ... END_OF_DOCUMENT_TOKEN_TO_BE_REPLACED

Comments for this article: Turkish is booming at schools and universities

As the described reaction by German mainstream newspaper WELT discloses, even scientifically sound arguments, as in this book, are not preventing from coming up with the racism (non) argument when it comes to cross-cultural (or even -horribile dictu- inter-racial) comparisons, as in this study. German authors or journalists -emanating from a still relative homogenous ethnic and cultural society- see themselves in a Position to tell American authors how racism works. The scandalous public mobbing of the Turkish-German Migration sociologist Kelek by the (mostly autuchton German) actual or self-styled migration is an example of that ideological rather then scientifical approach applied when it comes to facts on migration. The ubiquitous Sarrazin-bashing - to which also the author of this article regrettably avails himself- is another case in question: the fact that Sarrazin not only referred to intelleigence (and its passing on to offspring), but mostly to (in his case: muslim) culture as an obstacle to successfulk integration is omitted - though his respective thesis appears to be confirmed by this study.

END_OF_DOCUMENT_TOKEN_TO_BE_REPLACED
Social media
and networks
Subscribe to our
newsletter