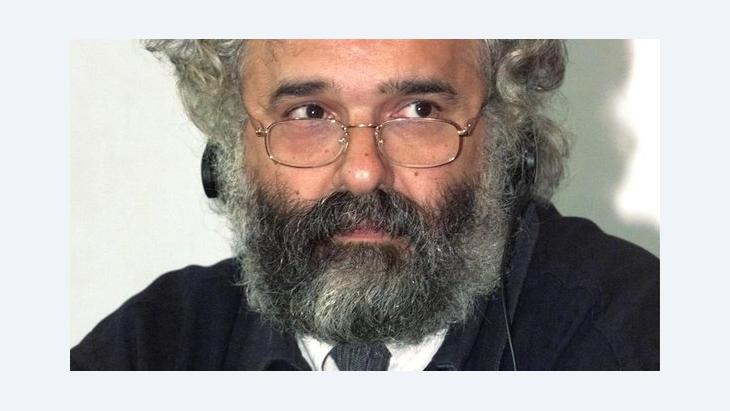 ﻿For almost 40 years now the Turkish publisher, author and human rights activist Ragıp Zarakolu has been a thorn in the side of the Turkish state. He has been jailed several times and there are numerous indictments against him going through the courts. But Zarakolu has never lost his faith in the power of the word. Profile by Ceyda Nurtsch

﻿Describe someone as a bulwark against the Turkish state, and a quite different image springs to mind. Ragıp Zarakolu is a diminutive man with frizzy, grey hair, a full beard and a thin voice. Bright eyes sparkle behind his spectacles. There is an air of cosiness about him. It soon becomes apparent that he loves to laugh. Even when he's talking about things that others regard as no laughing matter.

For example, that there are 20,000 titles on the list of banned Turkish literature, because as new governments take power they add more titles without deleting any of the old ones. "The list reads like a history of Turkish literature," says Zarakolu ironically.

A warrant for arrest

He was also able to maintain a sense of humour when he was released from the high security Kandıra prison in the spring of 2012, after six months behind bars. He had been arrested in the spring of the previous year as part of a campaign to detain anyone suspected of links to the Kurdish Communities Union (KCK). The Heavy Penal Court in Istanbul had issued a warrant for his arrest, as well as for the arrest of a large number of lawyers, politicians, students and activists on suspicion of involvement in terrorist activities. 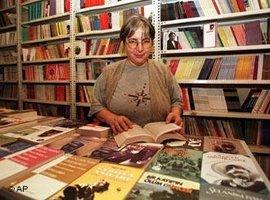 Ambitious leftwing book publisher: Zarakolu founded "Belge" in the Istanbul district of Sultanahmet in 1977 together with his wife Ayşe Nur, who died in 2002. It still exists to this day...

​​The reason: He had given a lecture at the political academy of the pro-Kurdish BDP (Peace and Democracy Party). Those detained also included his son Deniz and the political scientist Büşra Ersanlı. When he was released from jail, Zarakolu's comments to journalist were typically of a humorous nature: "The true political academies in Turkey are the prisons," he said.

Zarakolu sums up his experiences in an article: "In my 60 years of working life I have experienced nothing but pressure, interrogation, trials, exile and death threats." He has been indicted more than 70 times to date, and has served several jail sentences. On previous occasions however he was not locked up as an alleged terrorist, but because of newspaper articles or books published by his own publishing house Belge ("Documents").

Challenging every kind of taboo

The publishing house, located in the Istanbul district of Sultanahmet and founded in 1977 by Zarakolu and his wife Ayşe Nur, who died in 2002, publishes books on politics, economics, philosophy and the cosmopolitan diversity of the region. The publishing house's declared goal is to "challenge every kind of taboo".

Without doubt, the business experienced its darkest days during the military junta led by General Kenan Evren, when thousands of books were either burned or recycled into waste paper. Some 50 publishing houses and 500 bookshops were closed down at the time. Editors and journalists working on socialist and pro-Kurdish publications faced jail terms totalling over 1,000 years.

But Zarakolu had no intention of closing down, as long as he wasn't being forced to do so. This makes it the only leftwing publisher to have been founded before the coup and to have survived to this day. While he may have had to refrain from publishing classic works of Marxist literature during the junta years, he continued to sell Marxist political and economic analyses. 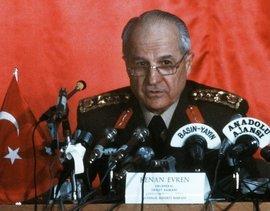 Taking a tough line with leftwing intellectuals and publishers: The darkest days for "Belge" were undoubtedly during the military junta led by General Kenan Evren, when thousands of books were destroyed. Some 50 publishing houses and 500 bookshops were forced to close at the time

As the publishing climate began to improve, alongside its usual academic and theoretical works the business began to publish a series of books containing poems, short stories and novels written by political prisoners. Then came translations of books written in Greek, and books about the Armenian genocide, about the Jews and the Kurds.

Nomination for the Nobel Peace Prize

Zarakolu believes it would be too short sighted to tackle individual governments. "Parties or the power games of religious groups are not my thing. I have a problem with the state, the others come and go. In this country, governments are nothing more than visitors. But then there are still those who rule the roost, some describe them as the 'deep state'," says Zarakolu, who was nominated for the Nobel Peace Prize in 2012.

"It may well be the case that a new constitution has been under discussion for 10 years, and that the issues of the past are increasingly a feature of public discourse, but attempts to reopen a Christian seminary on the island of Halki continue to be blocked," says Zarakolu, who was himself born on another of the Princes' Islands, Büyükada – a place where Muslims, Christians and Jews have always lived together.

Since the murder of the Armenian journalist Hrant Dink in 2007, Zarakolu has observed a change of mindset in Turkish society, a "bursting out of the conscience", as he puts it. "The reactions to the murder came as a surprise to the state first and foremost. The authorities hadn't expected it. It was as though all victims of the extremist, tyrannical state joined in empathy with the murdered man. In a knee-jerk reaction, they poured onto the streets crying out 'we are all Armenians, we are all Hrant Dink'."

Zarakolu views the next two years as something of a litmus test for Turkey. The year 2015 sees the 100th anniversary of the start of the Armenian genocide, on 24 April. "Turkey must tackle the issues raised by its history and the political system. Not for the Armenians, who were either killed or who still live in fear to this day," says Zarakolu. "It must do this to liberate itself from its infamy. It must do this for its own citizens."

The USA and NATO plan to withdraw from Afghanistan by September. The operation is risky, the outcome uncertain. Many Afghans fear civil war. The quake on the Hindu Kush will also ... END_OF_DOCUMENT_TOKEN_TO_BE_REPLACED

The neo-Ottomanism propagated by Erdogan has long been more than rhetoric and symbolic politics. This can be seen from recent developments in parts of northern Syria, where Turkey ... END_OF_DOCUMENT_TOKEN_TO_BE_REPLACED

Televised Turkish dramas are all the rage in the Middle East. A young Ottoman TV Empire has been expanding its soft power by harnessing regional dialects, Arabic names and viewers ... END_OF_DOCUMENT_TOKEN_TO_BE_REPLACED

Researchers agree that climate change alone cannot be blamed for the outbreak of war in Syria in 2011. However, neither can it be ignored as a reason this once blossoming country ... END_OF_DOCUMENT_TOKEN_TO_BE_REPLACED

The Sufi Trail is a long-distance hiking route from Istanbul to Konya that seeks to revive the ancient tracks used by foot pilgrims on their way to Mecca. Marian Brehmer spoke to ... END_OF_DOCUMENT_TOKEN_TO_BE_REPLACED
Author:
Ceyda Nurtsch
Date:
Mail:
Send via mail

END_OF_DOCUMENT_TOKEN_TO_BE_REPLACED
Social media
and networks
Subscribe to our
newsletter