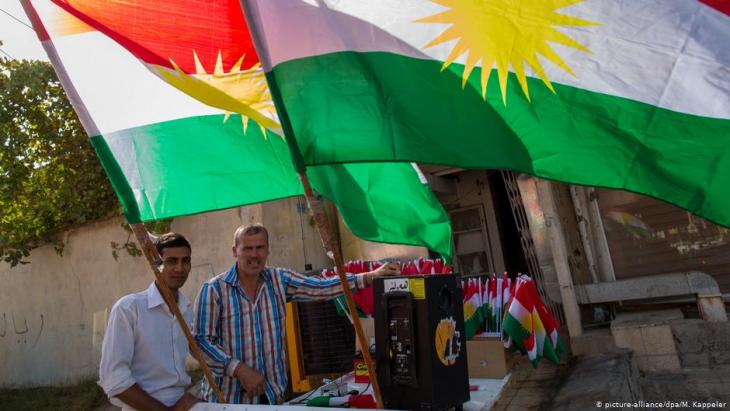 The uncertain future of Kurdish autonomy
What next for Iraqʹs Kurds?

A sense of resignation and pessimism is spreading through the Kurdistan region of Iraq, especially among the younger generation. The economic standstill, rampant youth unemployment and the omnipotence of the clans are driving people to despair. Dara Alani reports from Sulaymaniyah

After several years of relative stability and economic prosperity, the region of Iraqi Kurdistan has suffered major setbacks, largely due to two events that took place in the years 2014 and 2017. In 2014 Nouri al-Maliki, Iraqʹs prime minister at the time, decided – in view of the escalating oil conflict in northern Iraq – to cut its state funding to the KRG, the Kurdistan Regional Government. This decision had devastating political and economic consequences, which also brought social problems to the region.

In this already difficult situation, a referendum on Iraqi Kurdistanʹs independence was then called on 25 September 2017. As a consequence of the referendum result, which according to the electoral commission saw 92 percent of voters in favour of independence, the situation became even worse. Once the result of the ballot was made public on 10 October 2017, Iraqʹs prime minister Haider al-Abadi decided to close Sulaymaniyah and Erbil airports to foreign flights and the central government in Baghdad took back around 50 percent of the territory, including Kirkuk, which had been under Kurdish control after being liberated from "Islamic State" (IS).

The borders with Iran and Turkey were also initially closed following the referendum and trade was severely restricted. Before the vote, Iraqi Kurdistan had produced around 500 to 600 barrels of oil a day for the world market. The price of oil had been on the rise in the lead-up to the referendum, but from then on the region was cut off from the oil market.

The consequences of draconian austerity measures 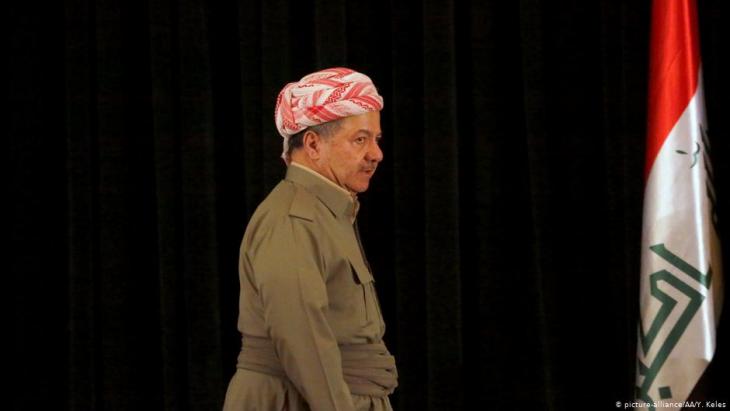 Kurdistanʹs unfortunate president: in 2017 the Kurds voted for independence by an overwhelming majority in a referendum. However, the central government in Baghdad did not recognise the result and imposed sanctions. The 72-year-old Massoud Barzani subsequently resigned from the presidency

The 2014 decision by the Iraqi central government in Baghdad had prompted the KRG to introduce wide-ranging austerity measures. Among other things, a savings system was put in place for civil service salaries, under which part of the salary was withheld as a kind of savings deposit for employees, though none of the employees had agreed to this. The measure led to strikes at regular intervals, by groups including teachers. Those working for the interior ministry and the Kurdish military units of the Peshmerga were the only people exempted from the saving scheme.

Historically Iraq's Yazidi community was isolated, under-resourced and very conservative. Seven years after the "Islamic State" tragedy, the community is more open to the world – ... END_OF_DOCUMENT_TOKEN_TO_BE_REPLACED

Asef Bayat, professor of Sociology at the University of Illinois, Urbana-Champaign, has been studying revolutions and how they affect people since 1979. In his recent book, " ... END_OF_DOCUMENT_TOKEN_TO_BE_REPLACED

Young people in northern Iraq are so disillusioned that many are trying to leave the country any way they can. Some fear widespread discontent could push people toward potentially ... END_OF_DOCUMENT_TOKEN_TO_BE_REPLACED

In this new bilingual edition, translated by Humphrey Davies, al-Jawbari, one of the thirteenth century's leading experts in skullduggery reveals all there is to know about the ... END_OF_DOCUMENT_TOKEN_TO_BE_REPLACED

In Iraq, returning families of IS fighters have to turn to local initiatives for help, as there is no official path home. Judit Neurink met with families on the ground END_OF_DOCUMENT_TOKEN_TO_BE_REPLACED
Author:
Dara Alani
Date:
Mail:
Send via mail

END_OF_DOCUMENT_TOKEN_TO_BE_REPLACED
Social media
and networks
Subscribe to our
newsletter