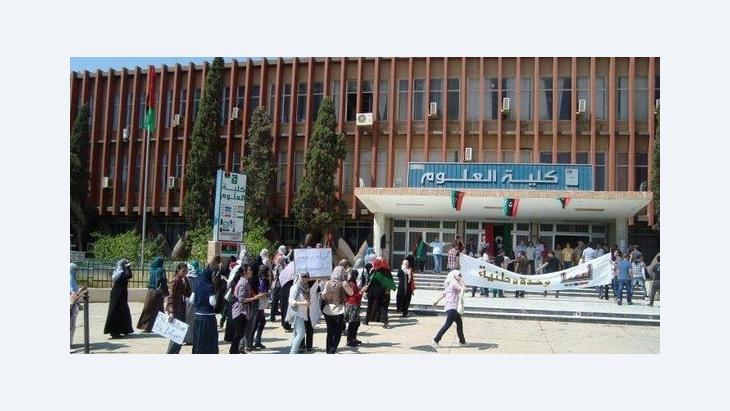 The University of Tripoli

﻿During the Gaddafi era, university courses in Libya were ideologically tainted, and students could pass exams by showing themselves to be particularly patriotic or simply by having good connections. But a new day has dawned, and all of this is set to change. Alfred Hackensberger reports from Tripoli

The university of Tripoli is situated on a huge, sprawling campus. In fact it is so large that you need a car to get from one faculty to another. The words "Free Libya" have been daubed on the wall of the gatekeeper's house; up on the roof, the red, black and green flag of the revolution blows in the wind.

The guards at the entrance have been busy since the start of the semester. "We have over 120,000 students and about 5,000 members of teaching staff," explains Dr Feisel Krekshi, the new dean of Libya's largest university. "With a population of only six million, this is an illustration of how important this institution is for the rebuilding of this country." 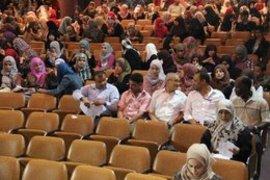 "The history of Libya must be rewritten," says Feisel Krekshi. The old one was changed again and again following instructions from the powers that be

​​Krekshi is sitting in the office of the former head of the university, who was sacked and now faces an investigation. The room measures almost 100 square meters and houses a massive, oversized desk.

Krekshi, a qualified gynaecologist, works here at least twelve hours a day, seven days a week. "We are starting from scratch, so we have to roll up our sleeves and get stuck in." There is so much to do, he continues, because almost everything has to be reorganised and restructured. New professors are being sought, and new curricula and new study materials are being developed. "The Gaddafi regime has left behind a wasteland. We are standing in front of a pile of rubble and need absolutely everything."

The Green Book as an educational manual

According to Krekshi, the entire education system under Gaddafi was a disaster, and the university is a prime example of its failure. "Nothing was actually taught. It was all about control and the glorification of the leader," he says.

Krekshi explains that sociology and politics were based exclusively on The Green Book, the primer written by Gaddafi himself and declared by him to be the ideological basis of the Libyan state.

"Even geography was not a neutral subject. Gaddafi renamed rivers, areas and even countries as he saw fit." Courses in anthropology simply did not exist. "We have to completely start over in all these disciplines," says the 55-year-old dean. At the same time, he adds, the history of Libya must be rewritten. The old one was changed again and again following instructions from the powers that be.

Krekshi has set up a commission to come up with a new written history as soon as possible. "From now on, every university graduate must be familiar with it," he says, adding that one cannot simply send the young people of Libya out into the world with Gaddafi's version of events in their heads. "It is a new beginning, and for the time being, the professors are having to improvise in their seminars and lectures. But that's the way it is with freedom, so no one actually minds." 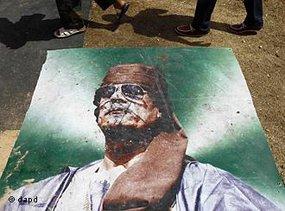 Under Gaddafi, rote learning of facts and figures was the tuition method of choice. Now independent thought, the ability to take the initiative, and an inquiring mind are being required from teaching staff and students

​​Krekshi grins broadly as he recalls his first day on the job. After the rebels marched into Tripoli on 21 August, he and 25 of his students under his command recaptured the university campus. The students were armed with Kalashnikovs and hand grenades. They freed 16 prisoners from shipping containers and discovered incredible amounts of secret service files on students.

"They were considered an intellectual risk in Libya and could be arrested, tortured or even executed at any time," explains the new dean, who studied medicine in Italy and Great Britain. On 7 April 1976, anti-government demonstrations took place on the campus. The authorities reacted by giving the security forces the order to shoot. At least 13 students were killed. As a reminder, the government organised public executions near the medical faculty exactly one year later.

When they recaptured the university, Krekshi and his students also discovered a secret underground area beneath a lecture theatre. It was equipped with a bedroom, a whirlpool and a gynaecologist's examination chair. Similar facilities have also been discovered in other secret locations in Tripoli, all of which were reserved for the former dictator, Gaddafi. No one actually knows what he did in these places, but for the rebels, these places are proof that the "great brother leader" raped women and had abortions carried out.

New spirit at the university

But the time has come to banish the spectre of the past. "There is a whole new spirit at the university," says a self-assured Krekshi, a spirit that became evident immediately after the regime was toppled. Students volunteered to clean and paint the building and the lecture theatres; seminars and discussions were organised during university holidays so that people could be informed about the principles of democracy, the freedom of speech and pluralism. 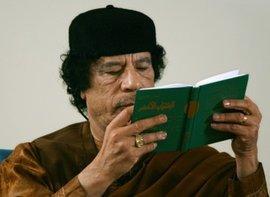 "Nothing was actually taught. It was all about control and the glorification of the leader." –Before the revolution, sociology and politics were based exclusively on Gaddafi's The Green Book, declared by him to be the state's ideological basis

​​"So much was withheld from us. That is why we now want to know everything that we missed because of Gaddafi," says one female student, who would prefer to remain anonymous. In the 1980s, no one was allowed to learn foreign languages like English or French. Many textbooks were banned for ideological reasons.

Students could pass exams by showing themselves to be particularly patriotic or quite simply by having good connections. Rote learning of facts and figures was the tuition method of choice. Apparently, those days are gone now. "Independent thought, the ability to take the initiative, and an inquiring mind ... these are the qualities we now have to stimulate," says the new dean.

He gave instructions for computers that had been confiscated by Gaddafi's revolutionary committee to be returned to the independent students' association. The aim is to provide free transportation to and from the campus for all students in future.

The university still faces problems in terms of teaching staff. Not all of the 5,000 lecturers are still working at the university. "Anyone who denounced colleagues and students to the security authorities has to bear the consequences of their actions," explains Krekshi, adding that it is difficult to weed out those who really were loyal to Gaddafi from among the conformists who just ran with the pack.

Only people that were considered loyal by the regime were allowed to work at the university. Everyone, whether he or she wanted to or not, had to be able to provide evidence of a spotless biography and attitude in order to get a job. As in all totalitarian states, those who did not want to go into exile had to accept the situation in Libya.

Krekshi says that he has no thoughts of revenge. "Naturally, as dean, I could make life difficult for a few professors, but we have more important things to deal with at the moment." Nevertheless, those lecturers who taught The Green Book were dealt with swiftly.

Although they were sent home immediately, they continue to receive their full pay. It is as yet completely unclear what will happen to them. Students burned some of the thousands and thousands of copies of Gaddafi's textbook on the campus until Krekshi stepped in and advised them to recycle the paper instead. "Then, at least," he told them, "you will benefit from them rather than senselessly polluting the atmosphere."

Home
Print
Newsletter
More on this topic
The Post-Gaddafi Era: Teaching and Learning for a New LibyaEducation in Libya: Stagnation Instead of Innovation
Related Topics
Arab Spring, Arabellion, Democracy and civil society, Education, Human rights, Islam and democracy, Libya after Gaddafi
All Topics

Unauthorised immigration to Europe went down at the peak of the pandemic. As EU countries re-open, migrant flows are back up. What does it mean for the EU – and for migrants? By ... END_OF_DOCUMENT_TOKEN_TO_BE_REPLACED

The children of Libya's brutal and erratic former dictator Muammar Gaddafi are becoming more popular as the country's elections, scheduled for 24 December, approach. Some fear ... END_OF_DOCUMENT_TOKEN_TO_BE_REPLACED

Two refugees detained in Egypt are facing deportation to Eritrea. The expulsion of the Eritreans, who have been incarcerated in Cairo for more than eight years, has been halted ... END_OF_DOCUMENT_TOKEN_TO_BE_REPLACED

Germany's foreign policy is explicitly values-based. But what happens, Ralf Bosen asks, when democracy, the rule of law and human rights collide with the logic of trade and ... END_OF_DOCUMENT_TOKEN_TO_BE_REPLACED

A new survey by Arab Barometer adds numbers to the narrative that COVID has led to a harsher reality for women in the Middle East and North Africa. By Jennifer Holleis and Razan ... END_OF_DOCUMENT_TOKEN_TO_BE_REPLACED

The Libya Conference will be held in Berlin on 23 June. Much has been achieved since the last Libya Conference in Berlin in January 2020. The ceasefire is holding, there is a ... END_OF_DOCUMENT_TOKEN_TO_BE_REPLACED
Author:
Alfred Hackensberger
Date:
Mail:
Send via mail

END_OF_DOCUMENT_TOKEN_TO_BE_REPLACED
Social media
and networks
Subscribe to our
newsletter