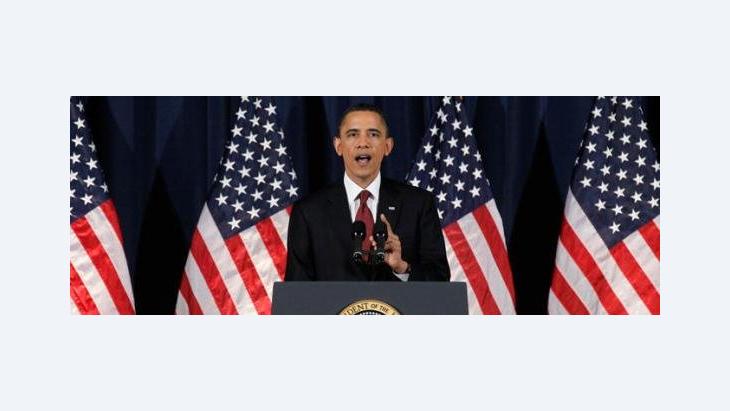 The US and the Arab Spring

﻿Without much fanfare, the past few months have seen no anti-American demonstrations and no burning of American flags across the Arab world. Arabs seem increasingly willing to accept – and even applaud – the Obama administration's policy toward the region. By Daoud Kuttab

Of course, Arabs are still unhappy with the United States' continued bias towards Israel. Its inability to end the 44-year military occupation of Palestinian lands has not gone unnoticed. But many Arabs nowadays prefer to give the US a break. With the exception of the Obama administration's lack of resolve in denouncing the treatment of protesters by the US-allied regimes in Bahrain and Yemen, America's position on the Arab revolts has been welcomed.

Arabs, especially young Arabs, who comprise the majority of the region's population, look up to America for its global power when it upholds democratic morals and values. There is high respect for the concept of rule of, by, and for the people, as well as for the US Constitution's guarantee of freedom of expression. It is precisely the failure to apply these values in areas such as Palestine or Iraq that has made – and can still make – countless Arabs vehemently anti-American. 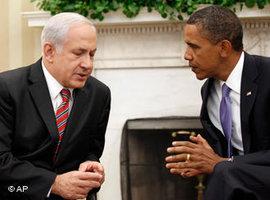 The audacity of fickleness: The Obama administration said it would not tolerate the continued building of Israeli settlements in occupied Palestinian territory, then it did

But the first test of Obama's foreign leadership disappointed many Arabs. A US veto of a Security Council resolution – supported by the Council's 14 other members – to oppose Israeli settlements seemed to signal that Obama had crumbled under pressure from America's pro-Israel lobby. The US had not revised its policy, even with an African immigrant's son living in the White House.

A prudent shift in direction

A more positive view of Obama emerged when the Arab revolts began in Tunisia and Egypt – countries with pro-US regimes. While the US initially demonstrated prudence in word and deed, it quickly understood that the revolts truly reflected the will of the people and acted to align itself with the democratic cause.

The same people that Obama had called on in his Cairo speech to seek democracy had now formed the most important nonviolent movement the world had seen in decades. Arab youth had finally moved, and Obama and his team made the right statements to encourage them, while also making it clear to the Egyptian and Tunisian regimes that they could no longer hide behind the claim that they were fighting America's war in north Africa.

​​Pulling away from dictators without trying to take credit for or hijack the revolt was exactly what was required. Arab youth had to fight and win democracy for themselves. All that what was wanted from America, most of the young people thought, was withdrawal of its support for allies like Hosni Mubarak and other Arab dictators.

Another type of help

In Libya, however, the need was different. The same energy on display in Cairo and Tunis was evident among Libyan youth, but this time, America was able to do little diplomatically because it had no relationship with Col. Muammar el-Qaddafi.

So, no surprise, the energy of Libyan youth ran head-on into Qaddafi's inclination toward brutality and, more importantly, into his paid mercenaries. America had a moral responsibility to protect the young people whom Obama had encouraged. Another type of help was needed, but deciding what form it should take was complicated.

Arab countries, especially Egypt, had hundreds of thousands of their nationals working in Libya. Their governments saw themselves as Qaddafi's hostages. But what the Arab countries couldn't do with military support, they were able to do by providing political cover for the military intervention led by the US, Britain, and France.

From foe to friend 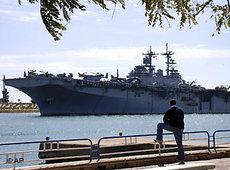 "America had a moral responsibility to protect the young people [in Libya] whom Obama had encouraged," writes Daoud Kuttab. Pictured: the USS Kearsarge in the Suez Channel

​​The Gulf countries, which have no citizens working in Libya, were the first to denounce Qaddafi. Then the Arab League met to follow the Gulf states' lead. With angry young Arabs from different countries demonstrating outside its Cairo offices and demanding support for their Libyan brethren, the Arab League took an uncharacteristic position: it agreed to denounce a fellow Arab leader. Clearly, the Arab world was changing, and the US was suddenly no longer an enemy, but a friend.

After gaining Security Council support, the US, Europe, and some Arab countries began doing exactly what should be expected of the international community when a government is preparing to butcher its own citizens: prevent the slaughter.

Of course, America's problems with Arabs and its challenges in the Middle East are far from over. Obama must still fulfill his promises to celebrate with Palestinians their full membership of the UN this fall and to draw down its forces in Afghanistan.

But, for the moment, Arabs are not demonstrating against America. Instead, with America's help, they are enjoying the first blush of freedom.