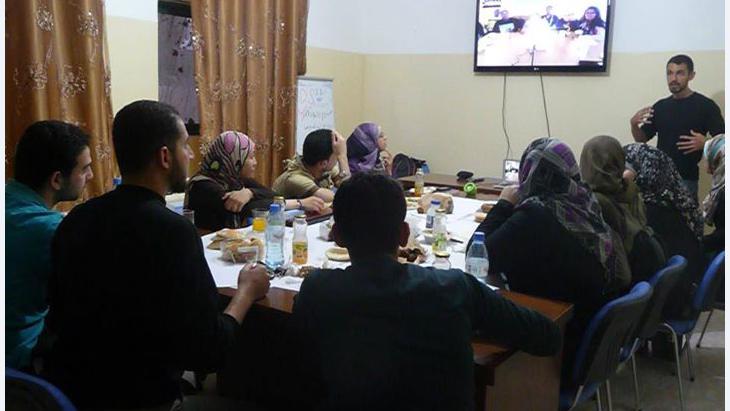 "It is harder to ignore, vilify or harm those with whom we have broken bread"

The Virtual Dinner Guest Project is an international multimedia initiative that brings people across various cultures together at the dinner table. Breaking bread and barriers in one go, this platform launched the Virtual Iftar Project across Europe during the month of Ramadan, which has just ended. Roma Rajpal Weiß spoke to the project founder, Eric Maddox, about the project and about cultural tension between Muslims and non-Muslims

What motivated you to launch the Virtual Iftar Project in Europe?

Eric Maddox: It is a combination of factors. I spent quite a bit of time living in the Middle East and North Africa over the past few years for the Virtual Dinner Guest Project, with the idea being to connect across cultures that have some sort of political, cultural or social conflict. The focus was the Middle East because the United States has left a pretty big footprint in that part of the world and people clearly have mixed feelings about that, to put it delicately.

This project has been a platform to facilitate opportunities for people and depoliticise the environment across a universal social form at the dinner table. It is harder to ignore, vilify or harm those with whom we have broken bread. So that was the original impetus for doing it.

The Virtual Dinner Guest project is not very different from the Virtual Iftar Project. Recent events inspired me to narrow my focus for the month of Ramadan. It has been at the back of my mind for a few years to do this, but this is the first year that I actually saw an opportunity to do it.

There has been heavy media focus on the attacks that have taken place in Europe. There have been attacks that have been taking place in many countries, but there has been a lot of publicity. It is hard to say whether it is intercultural tension or whether that's just the media narrative. We see a lot of news articles and content that seem to suggest that there is a lot of cultural tension between Muslim and non-Muslim communities – or immigrants who happen to be Muslim or not – and "the native population" in different countries. Not just in Europe, but in the West.

What is motivating me to address this particular issue right now is this media narrative, I don't even know if I want to call it a climate of fear and mistrust of how to separate the reality on the ground from what is being presented by the media. Do people genuinely not trust each other in Europe, in the US, the Western countries, in the Muslim and non-Muslim communities? Or is it just a hyped-up media narrative? People are being told that this is widespread. I wanted to go out and personally gauge the distance between perception and presentation and reality on the ground. 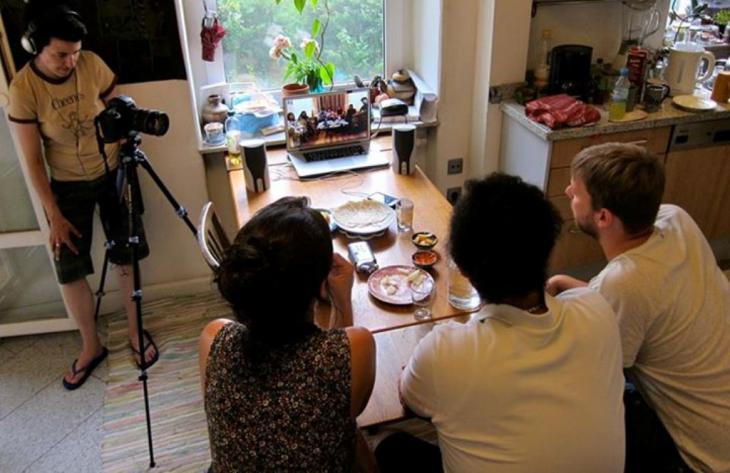 A Ramadan road trip film: "This project has been a platform to facilitate opportunities for people and depoliticise the environment across a universal social form at the dinner table," says project founder Eric Maddox

How was your experience filming the project?

Maddox: On the whole, I would say that people were very receptive to the street interviews in all of the communities where we completed the project. Our filming focused primarily on the cities where we hosted our Virtual Iftar exchanges: Pristina, Kosovo; Marburg, Germany; and Amsterdam, the Netherlands. However, we also took time to film and talk to people as we travelled across Europe. I would point out that circumstances are definitely quite different for our filmmaking partners in Gaza, Egypt and Pakistan. Those are the places that we connected to with our Virtual Iftar tables.

One thing that I really want people to take away from this project is the understanding that the value of the films goes way beyond the end product. The Virtual Iftar participants are closely involved in each stage of the film-making process. When the Virtual Iftar exchange is over, each of our participants is challenged to go out and interact with their own communities to find people with whom they might not normally engage in their own cultural context.

Put another way, this project is an invitation to people to engage with their own communities as more than a platform for international connections. That has to be the first priority in any initiative like this one. If we don't know our own communities, how can we speak about them and represent them accurately to others?

How did you find your hosts across Europe, and what has the experience been like? 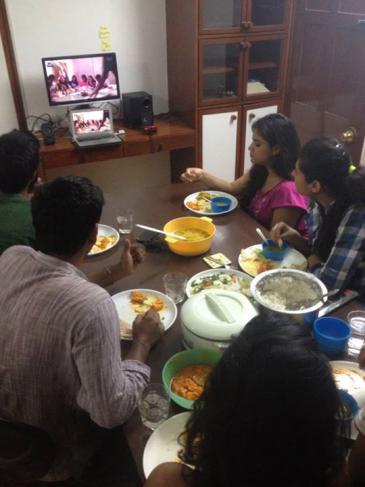 Challenging, rewarding and life-defining. "This project is an invitation to people to engage with their own communities as more than a platform for international connections. That has to be the first priority in any initiative like this one. If we don't know our own communities, how can we speak about them and represent them accurately to others?" says Maddox

Maddox: It's really been an interesting experience. We set out to try and stay exclusively with members of the Muslim community across Europe, but it quickly became clear that our tight schedule would require a more open and organic approach.

In Kosovo, young members of the Albanian Muslim community hosted us for the first week. This was a core group of young women who helped us to organise everything related to the Virtual Iftar exchange and the film-making, took us out in the evenings, and went out of their way to answer questions and made sure we saw as much as possible in our short time in Kosovo. From there, friends of friends lined up places for us to stay all along the way. We basically crowd-sourced our accommodations across Europe, and it has been amazing to see where the wave of social media has floated us.

At one point, friends connected us to an Al Jazeera journalist in Sarajevo, a Croatian guy who hosted us and ended up driving us all the way to Zagreb to stay in his family home for a few days. Though we have stayed with Muslims and non-Muslims on our travels, a huge network of Middle East connections and Muslims from across the MENA region have made this European road trip possible. Basically I just post on Facebook that we're about to show up in "X" city, and this amazing network of people gets together and just makes it happen. Slovenia is the only place where we had to pay for a place to stay, and that was more because it was really last minute.

What did you learn from the people you met?

Maddox: People want this idea to succeed. Not everyone is in a position to make a financial contribution, but so many people have contributed a place to stay, a hot meal (one guy in Serbia insisted on paying for my dinner when he found out that I spoke a little Arabic ... our only common language), a few hours of assistance with translating our street interview footage, contacts in various communities to ensure that we have access to a broad range of voices, local insights about their communities, and even a car ride from Sarajevo to Zagreb.

We've learned so much from this trip (including how much work it is to produce something like this on a very limited budget while travelling), and it makes one thing very clear ... this should be the first of many Virtual Iftar Projects. I would love to do this every year, perhaps taking a road trip across the US or different European countries, or Africa, etc. in the future. It's been challenging; but most rewarding and life-defining experiences are.

In the Arab world, freedom of opinion collides with a societal juggernaut that silences imagination with remarkable efficiency. Egyptian author and novelist Khaled al-Khamissi ... END_OF_DOCUMENT_TOKEN_TO_BE_REPLACED

This 11 September marked the nineteenth anniversary of the terrorist attacks in New York and Washington. The wide-ranging repercussions of those attacks in the years since 2001 ... END_OF_DOCUMENT_TOKEN_TO_BE_REPLACED

The rise of liberation movements in the Arab World during the 20th century brought with them an array of complimentary works from the creative sector. Sultan Sooud Al Qassemi ... END_OF_DOCUMENT_TOKEN_TO_BE_REPLACED

Two prominent cases concerning gender-based violence – that of Ahmed Zaki, who has been accused by more than 100 women of extortion, sexual harassment, coercion and rape, and that ... END_OF_DOCUMENT_TOKEN_TO_BE_REPLACED

Alexandra Kinias was denied a job as a site engineer in an oil company because of her gender. The rejection letter clearly stated that the company would rather offer its jobs to ... END_OF_DOCUMENT_TOKEN_TO_BE_REPLACED

Comments for this article: "It is harder to ignore, vilify or harm those with whom we have broken bread"

Amazing idea.
Could dinners be shared and recorded over skype?

END_OF_DOCUMENT_TOKEN_TO_BE_REPLACED
Social media
and networks
Subscribe to our
newsletter