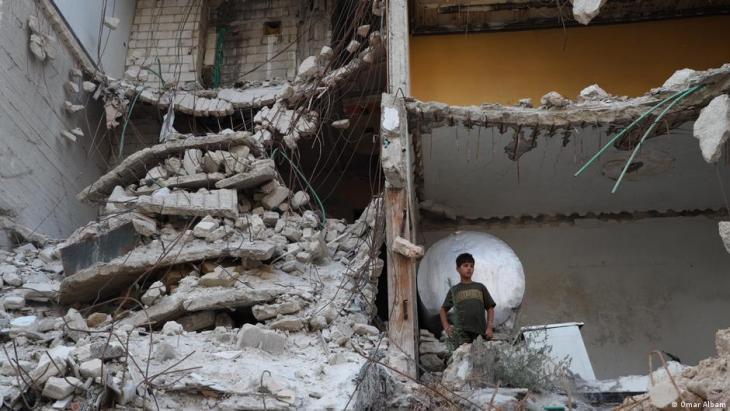 The war in Syria
Overshadowed, yet still a major issue

The Syrian conflict remains insoluble for the time being. Yet Europe could start managing it better. By reorganising humanitarian aid supplies, becoming more involved in the northeast and coordinating initiatives in the northwest, it could alleviate hardship, counter extremism and bring hope, writes Kristin Helberg

Thanks to the pall cast by the war in Ukraine, the international community has resigned itself to a conflict that is both costly and consequential for Germany: the crisis in and around Syria. Year on year, Berlin contributes a billion euros to the United Nations aid programme for Syria, but Syrians still make up the majority of Germany’s first-time asylum applicants. The fact that the Syrian people are worse off than ever before should be a wake-up call for those in a position to act.

The situation is catastrophic: ninety percent of the population lives in poverty, while inflation and rising prices add to their hardship. 14.6 million people are dependent on humanitarian aid; seven million internally displaced persons (IDPs) live in draughty tents and temporary shelters. Fear is their daily bread: depending on the region, people either dread the secret services of ruler Bashar al-Assad, extremist militias, another Turkish invasion, or the return of Islamic State (IS).

With Turkey seeking to send one million Syrian refugees back to northern Syria and Europe debating when it will be safe enough to begin deportations to Syria, the only thing troubling those on the ground is how to escape the squalor. Thus, the question is not when exiled Syrians will finally be able to return, but how conditions in the country can be improved so that those who are still there stay put.

Prerequisite to this is the honest realisation that the Syrian conflict is not going to be solved in the next few years. Assad continues to rule as before; his opponents have fled, been defeated or discredited. Assad’s dependence on others means that although his power is not stable, it is viable. Those profiting from his system live off Western-funded UN aid, the trade in synthetic drugs and the foreign exchange revenue that Syrian embassies in Europe collect through passport fees. 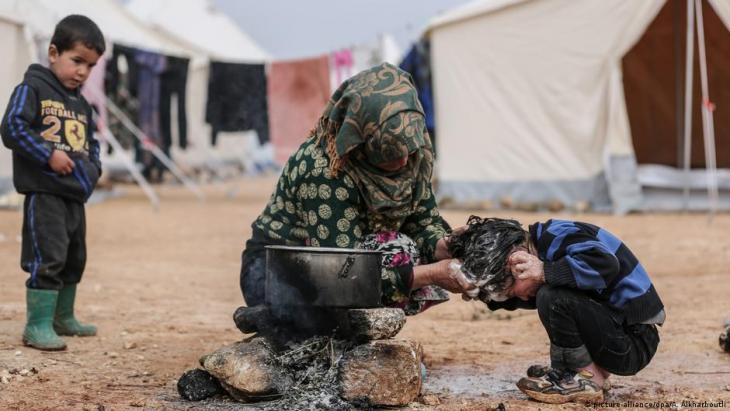 Syria's humanitarian situation is catastrophic: ninety percent of the population lives in poverty, while inflation and rising prices add to their hardship. 14.6 million people are dependent on humanitarian aid; seven million internally displaced persons (IDPs) live in draughty tents and temporary shelters. Fear is their daily bread: depending on the region, people either dread the secret services of ruler Bashar al-Assad, extremist militias, another Turkish invasion, or the return of Islamic State (IS)

Things are going well for Assad

Things are also going well for Assad in the region; relations with his Arab neighbours are visibly thawing. State visits, ministerial meetings and the re-opening of embassies in Damascus are driving the rehabilitation of the Syrian regime forward – despite all the ongoing violations of international law. The rationale is simple: since Assad is unlikely to step down any time soon, it would be better to welcome him back into the Arab fold, rather than abandon Syria to be influenced by Iran, Russia and Turkey.

How should Europe deal with this entrenched conflict in its direct vicinity? There is obviously no question of negotiating with the war’s profiteers because of their crimes. So how can the crisis be managed in such a way as to alleviate the plight of Syrians without strengthening the Assad regime?

The key lies in the geographical division of the country. The lines of conflict have been largely frozen since the spring of 2020, with Syria disintegrating into four zones of influence. Assad controls the highly populated areas in the centre, along the coast and to the south. The northeast – almost a third of Syria's territory – is ruled by the Kurdish-dominated Autonomous Administration of Northern and Eastern Syria (AANES). The last region held by Assad opponents in the north-western province of Idlib is ruled by Hayat Tahrir al-Sham (HTS), an alliance of extremist militias. Ankara has secured the Turkish-occupied areas along the northern border using Syrian mercenaries, while installing opposition members as governors.

Different realities have developed in each of these areas, each requiring its own response from the international community. The aim should not be to cement divisions, but to improve living conditions for people on the ground and manage intra-Syrian exchanges between the four regions more effectively.

Trade and smuggling already takes place across the frontlines – oil and agricultural products, goods from Turkey, weapons, drugs and people. Yet this war economy only serves to benefit armed groups, intelligence agents in the various regions and businessmen close to Assad who, rather than providing for local residents, prefer to line their own pockets. A nationwide network of checkpoints ensures them arbitrary access to anything of value, while the local population is forced to endure constantly rising prices and new regulations.

The need for pragmatism

If foreign donors could grasp that Syria is a temporarily divided country and find an effective way of dealing with the various regional rulers, negotiations could get underway – not on political issues such as democracy, co-determination and calling criminals to account, but on the practical problems of everyday life that make Syrians' lives difficult without regulated co-operation: the availability of oil and cooking gas, the distribution of vegetables and fruit, electricity and water supplies, the recognition of school-leaving qualifications and medical care. 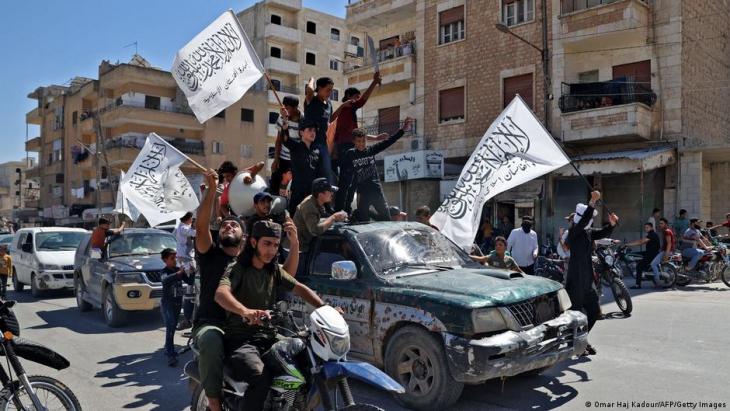 Idlib is governed by the Islamist HTS: international donors have largely withdrawn and only fund NGOs that can prove that no money ends up with HTS. “This has put local organisations under extreme pressure,” writes Kristin Helberg. “They are supposed to alleviate the growing need, require the Salvation Government's approval for their work, but only receive money from abroad if they are independent of HTS”

Conflict consultant Malik al-Abdeh and political scientist Lars Hauch from the London-based consultancy Conflict Mediation Solutions are staunch advocates of such pragmatism. They argue that in order to improve trade and the freedom of movement of people within Syria, the various powers – the Assad regime, HTS, Turkish-backed opposition and AANES – need to consider themselves equal in the short term and negotiate technical details.

Nouara may be 65, but she is ready to join thousands of others who burn their ID and pay traffickers for the chance of a new life in Europe. Zineb Bettayeb reports END_OF_DOCUMENT_TOKEN_TO_BE_REPLACED

Education for girls and women is still possible in Afghanistan, says Reinhard Eroes of the Kinderhilfe Afghanistan initiative. In interview with Elisa Rheinheimer, he talks about ... END_OF_DOCUMENT_TOKEN_TO_BE_REPLACED

Locals in the Middle East have said European critics are showing bias and hypocrisy when they condemn Qatar. Observers agree that Qatar has had to deal with more criticism than ... END_OF_DOCUMENT_TOKEN_TO_BE_REPLACED

In Doha, Arabs from Morocco, Tunisia, Egypt and Algeria are gathering to celebrate the first ever FIFA World Cup to be held on Arab soil. The criticism from Europe? Over the top, ... END_OF_DOCUMENT_TOKEN_TO_BE_REPLACED

Canan Topcu came from Turkey to Germany as a child. In her essay, she describes how bothered she was by the racism she encountered in her country of origin when she travelled ... END_OF_DOCUMENT_TOKEN_TO_BE_REPLACED
Author:
Kristin Helberg
Date:
Mail:
Send via mail

END_OF_DOCUMENT_TOKEN_TO_BE_REPLACED
Social media
and networks
Subscribe to our
newsletter