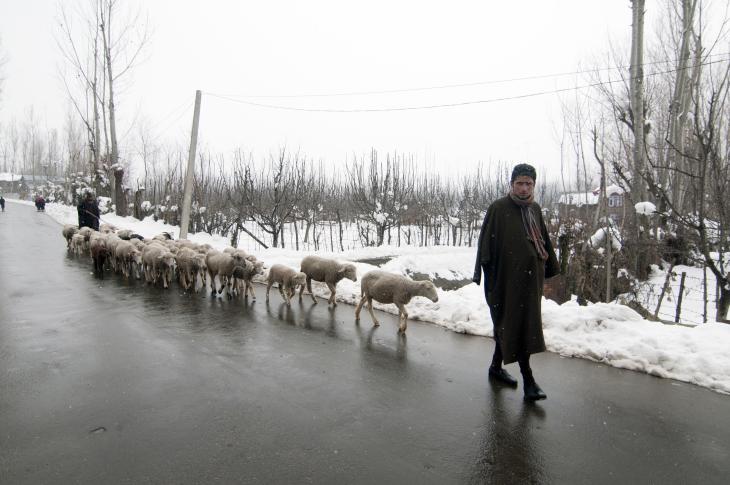 Flocks return to the lowland plains at the onset of winter: in recent years, very hard winters in the upper reaches of the Kashmir valley have led to thousands of pashmina goats perishing 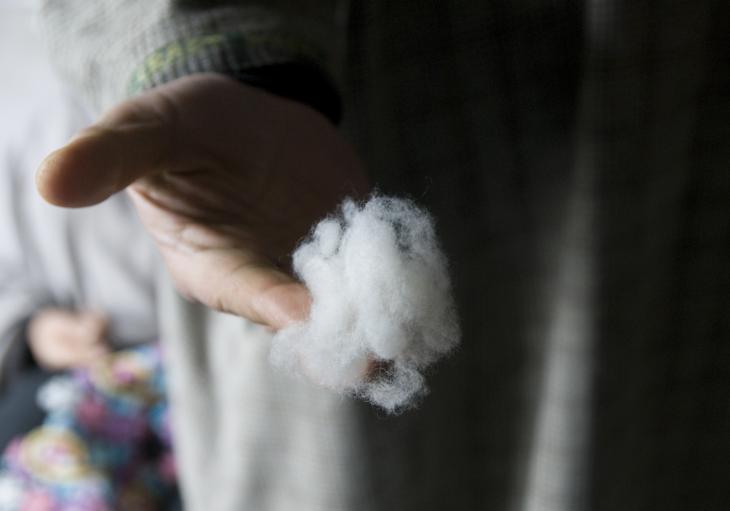 A tuft of raw pashmina wool: one knock-on effect of the heightened death rate has been an unprecedented rise in the cost of raw wool – a problem for local weavers 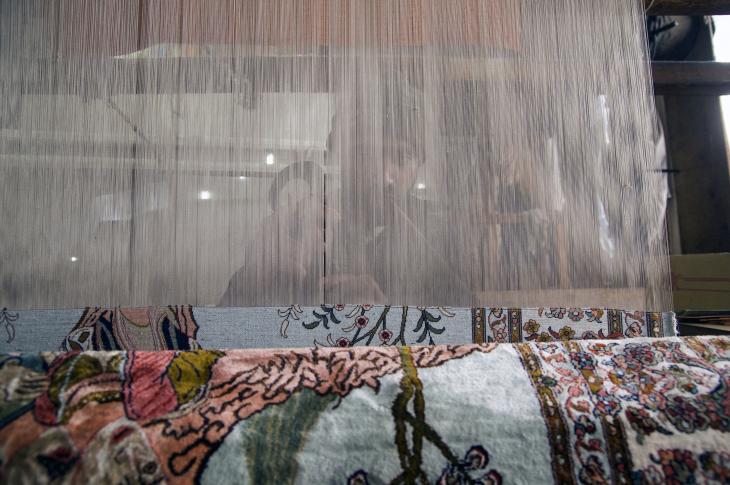 A peaceable trade: violence in the Kashmir valley has been on-going since 1989, with only brief intervals of peace. Many economic activities, including the weaving industry, have almost ground to a standstill 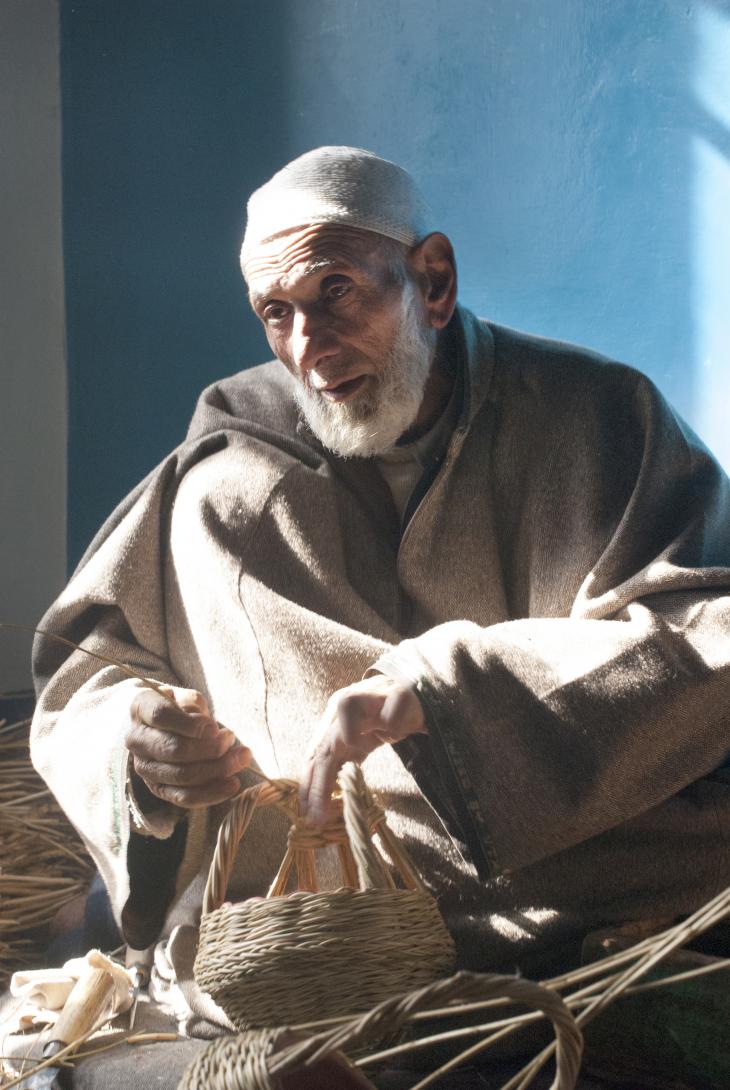 The master craftsman – "ustaad" – of carpet weaving: Mohammed Sultan Khan fears for the future of the Kashmir weaving industry, believing the art may disappear altogether in the coming decades 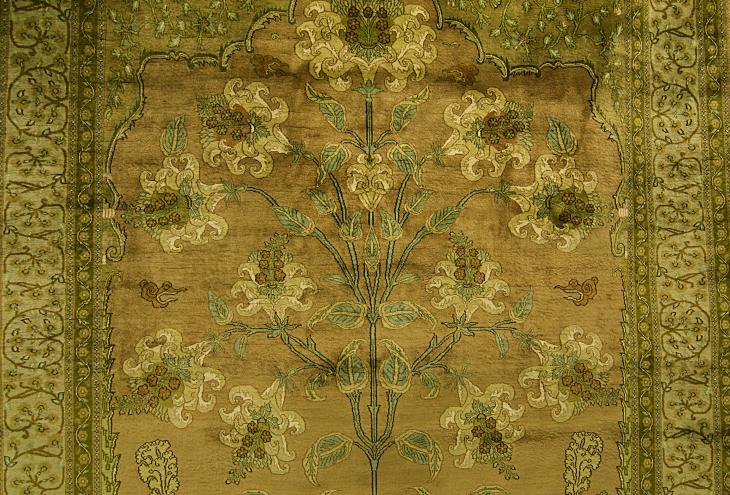 A thing of beauty: Kashmir carpets and shawls remain true to the tradition of intricate geometric patterns and calligraphic motifs, an artistic legacy imported some five centuries ago from Persia 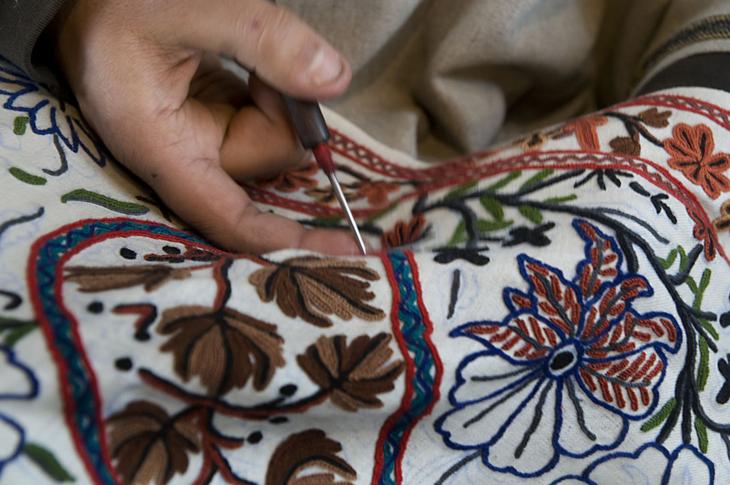 An eye for detail: taking years to master, Kashmiri needlework is famous for its intricacy 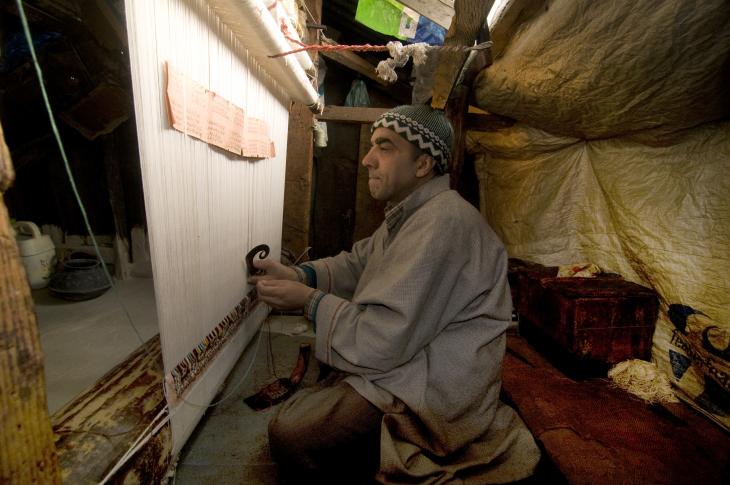 The family business: in his ancestral home in Srinagar, Aslam Khan screws up his eyes to decipher the brown parchment holding the cryptic design and weaving colour codes known only to the artist. Twenty years ago, there were around one hundred weaver families in his neighbourhood. Only two remain 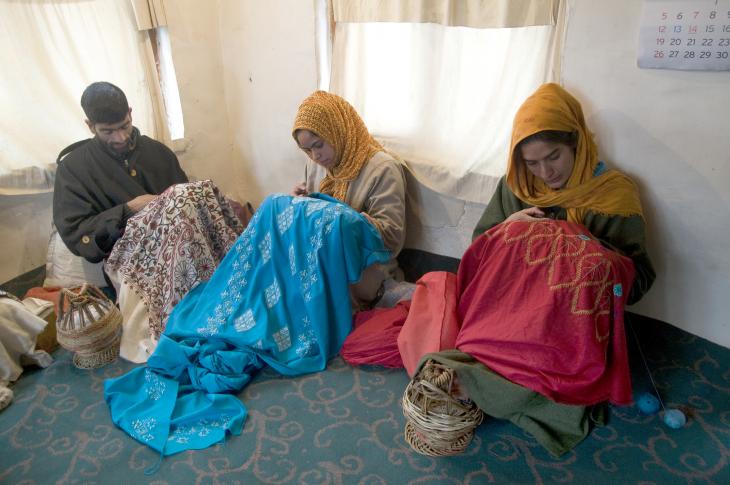 A cottage industry: Kashmiri weaving is largely based in the home, with weaving skills handed down from generation to generation. Its deregulated nature, low pay and uncertain future means few of the younger generation are interested in learning the craft 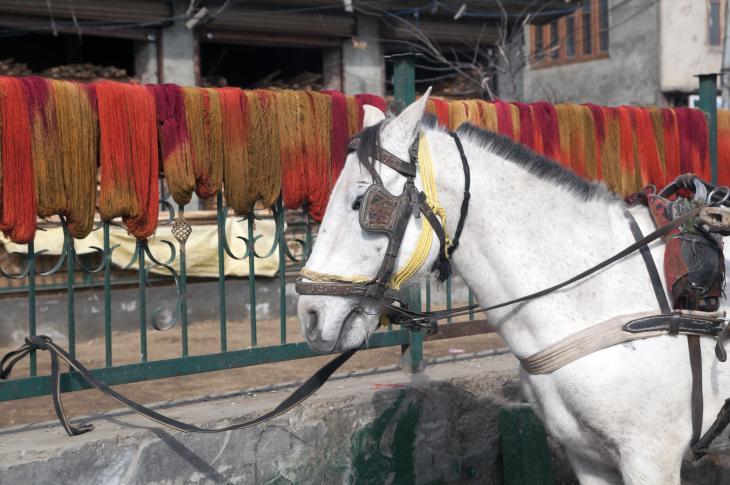 Steeped in tradition: yarns hang over the railings of a house in an old quarter of Srinagar. The old "mahallas" (districts) have been home to the weavers for generations 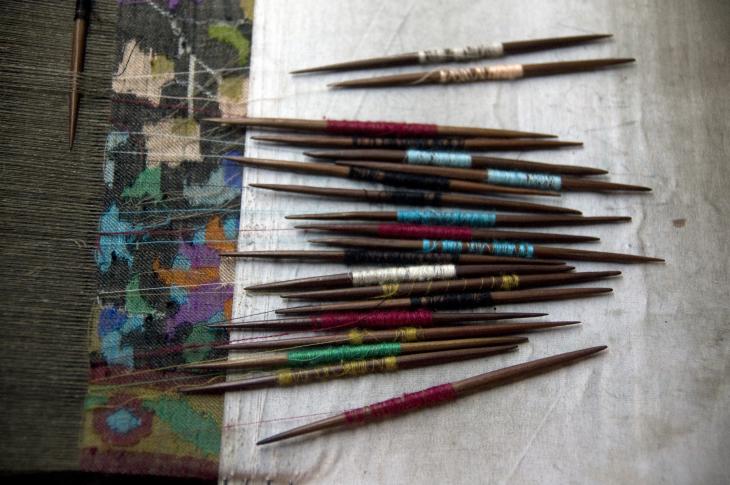 A year or so in the making: special wooden needles called "kanis" are used to make kani shawls – the weaving technique is highly specialised 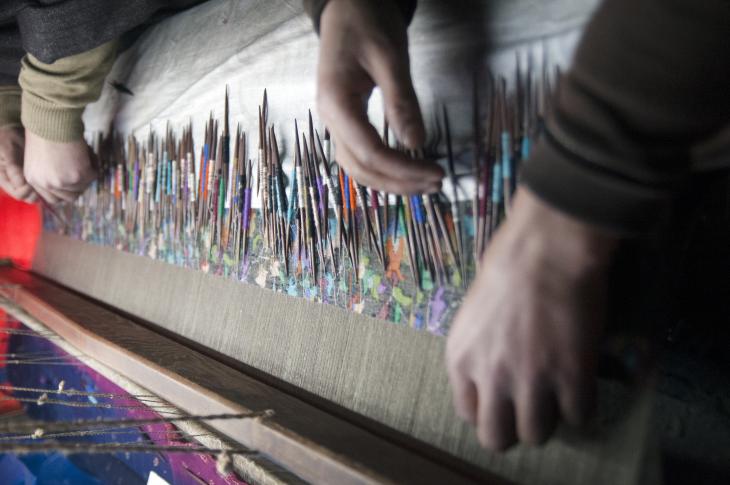 A dying art: artisans at work with kani needles. These days the Kashmir valley is home to only a handful of Kani artisans 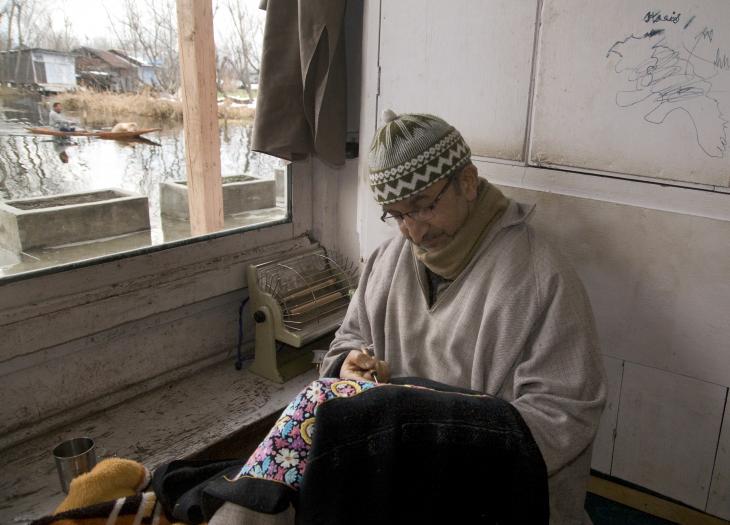 In the workshop: an artisan embroiders in his premises on Lake Dal. A straightforward credit system for independent weavers and a strong wages policy for those working in carpet and shawl factories are what is needed to revive Kashmir's unique weaving industry 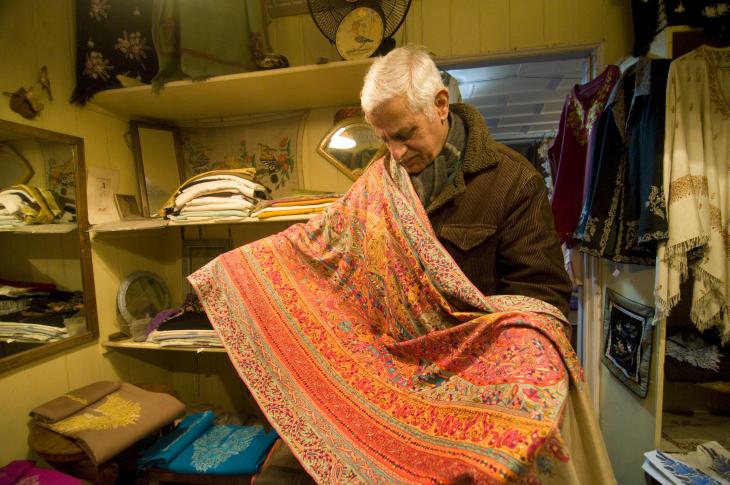 What future? Sadiq Mohammed Wani, who owns one of the oldest weaving businesses in Kashmir displays a shawl made 85 years ago. With the market flooded with cheap machine-made substitutes, and inbound tourism at an all-time low in Kashmir, the future looks anything but rosy

END_OF_DOCUMENT_TOKEN_TO_BE_REPLACED
Social media
and networks
Subscribe to our
newsletter