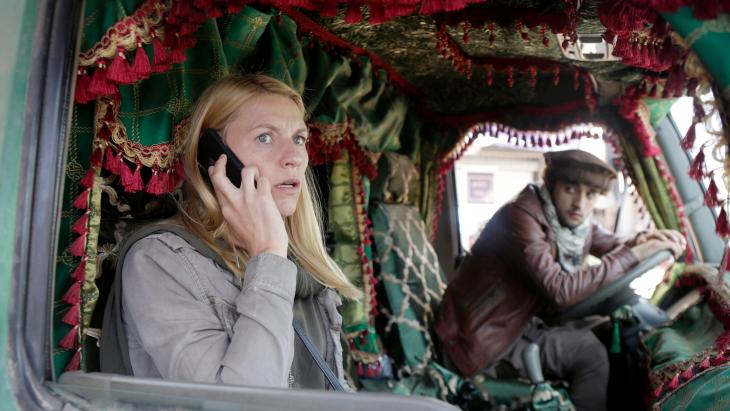 A deluge of books, movies, series and cover stories: ever since the events of 9/11, the West has seemed almost manically preoccupied with Islam. Yet this has rarely led to deeper understanding. Instead, what has been reinforced is the concept of Islam as fate. By Sonja Zekri

As the dust from the Twin Towers settled, it settled not only on the dead. It also buried the illusion of the unassailability of the American heartland, buried notions of history's happy ending. Buried the subtlety of exclusions and graded pejoratives, buried an entire conceptual world. The world of the Turkish "guest worker" in Germany, of the "ragheads", "sand jockeys" and "refugees" – and of "Ali", who was nearly always called something else. In their place came, mentally in capital letters: "THE MUSLIM ".

Rhetorically, the designation saved a lot of time, meant a considerable reduction of complexity. "The Muslim" was to blame for September 11, integration problems, the oppression of women, homophobia, European anti-Semitism, and, most recently, the faltering fight against the pandemic. Muslims, even the secular ones, belonged to a religion that allowed neither democracy, equality, nor individuality, and that executed total encroachment on the life of the individual.

Delving into the world of "the Muslims"

The Muslim has been an enormously useful figure for contemporary discussions.

In his books and plays, Ayad Akhtar, a U.S. playwright and the son of Pakistani immigrants, outlines the rejection of the Muslim and Muslim culture with painful thoroughness. His biographical novel, "Homeland Elegies", features Riaz, a Pakistani investor who has struck it rich in the U.S. and commissioned a study of attitudes toward Islam. The five most frequent associations of the interviewees: "anger – detached – suicide – bad – death". 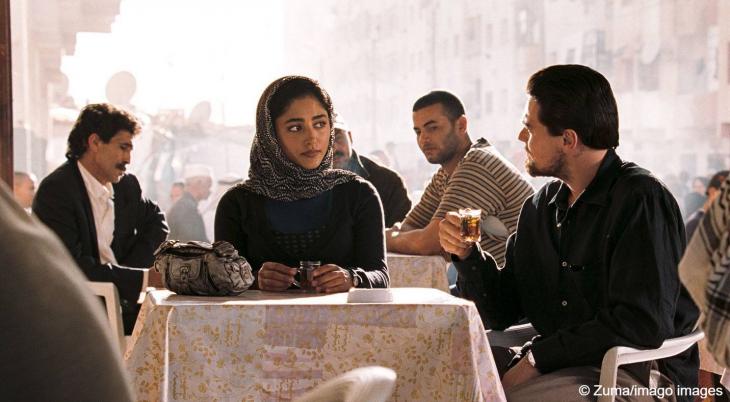 Scene from "Body of Lies" by Ridley Scott (2008) with actress Golshifteh Farahani. In the anti-terror epic, Leonardo DiCaprio becomes entangled in a maze of intelligence agencies, militias, assassins and courtiers. "Although their own people in Washington did not cut a good figure in these films," writes Sonja Zekri, "although the CIA played its usual sinister games, and although the directors tried to be authentic and balanced by fielding some sympathetic Arab characters, the message was that of the insurmountable strangeness of that world and the insatiable rage of its inhabitants"

Similar to his successful play "Disgraced", there are passages in "Homeland Elegies" that openly endorse Osama bin Laden. "This man is right. Our blood is cheap," reads one passage, "They" – the Americans – "deserved what they got. And what they're going to get." The character in question is Akhtar's mother.

The fact that her son did not share in her gloating, and even took it personally, was eclipsed by the scandal her utterance unleashed. "Even though the American empire had treated us so badly," Akhtar writes, the attack on the towers affected him, too. The symbol of America as a "shimmering realm of refuge and renewal" – it was his symbol, too. After all, he, Ayad Akhtar, was American, albeit an American with more layers to his identity than the average Caucasian.

Akhtar's works belong to an absolute deluge of books, films and series that delved into the world of "the Muslims" after the attacks and almost always unearthed something troubling. In anti-terror epics like "Syriana" (2006) by Stephen Gaghan or "Body of Lies" (2008) by Ridley Scott, George Clooney or Leonardo DiCaprio became entangled in a maze of intelligence agencies, militias, assassins and courtiers. Although their own people in Washington did not cut a good figure in these films, although the CIA played its usual sinister games, although the directors tried to be authentic and balanced by fielding some sympathetic Arab characters, the message was that of the insurmountable strangeness of that world and the insatiable rage of its inhabitants. 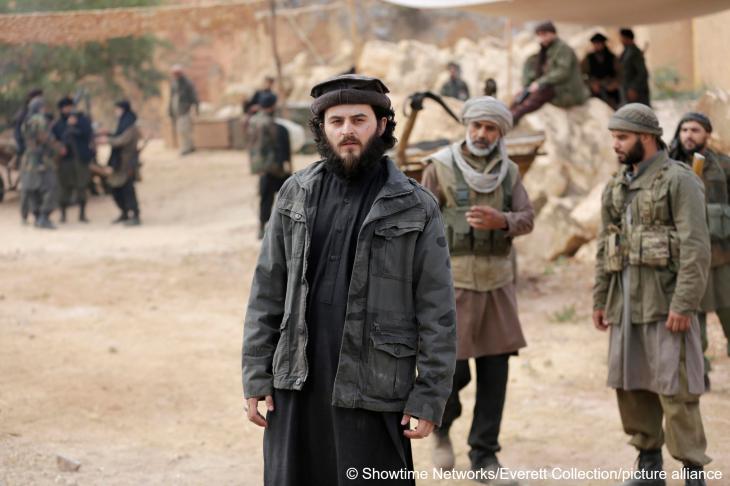 Disturbing news from the world of "the Muslims": following the September 11 attacks, the West became almost manically preoccupied with Islam. In films and series, "the Muslim" was repeatedly used as a villain. Pictured here is Afghan actor Elham Ehsas as the dubious figure of Jalal Haqqani in the U.S. television series "Homeland", in which the main protagonist, a U.S. agent played by Claire Danes, fights Islamist terror

The series "Homeland" heightened the uncertainty to paranoia. Eight successful seasons presented the danger of a jihadist infiltration of America as the logical consequence of an almost global Islamist complicity. In the process, a highly fictional and unlikely alliance between the Shia Hezbollah and Sunni al-Qaida, based on their mutual hatred of the U.S., was mooted. The fact that criticism of U.S. policy acts as a kind of gateway drug for future terrorists had long been an established topos.

Earlier depictions of Muslims had not been flattering either, such as the "Indiana Jones" series or, an early gem, "The Sheik" from 1921 with Rudolph Valentino. But at least these works still resonated with a certain delight in Oriental exoticism or even sensual pleasure. In the meantime, the Muslim screen villain has become established in Hollywood as the successor to the "Russian" – who in turn succeeded the "German". Whether the Muslim will eventually be displaced by the "Asian" remains to be seen.

"Dangerously foreign": the concept of "Islam as fate"

Academically, the years after September 11 were a fruitful time. The attacks gave Islamic Studies and Arabic Studies a boost similar to that experienced by Slavic Studies on the back of perestroika. Interest among the general public also rose to fever pitch. But countless roundtable discussions and hypocritically alarmist cover stories ("Allah in the Occident", "Mecca Germany" or "Dangerously Foreign", all titles by Germany's Spiegel magazine) did not lead to a deeper understanding of the historical, cultural or social differences of more than a billion people. Rather, they reinforced the concept of Islam as fate.

The shock of New York was not the only reason. This development had been some time in the making. The Islamic Revolution in Iran, the fight of the mujahideen against the Soviet army in Afghanistan, the Palestine-Israel conflict had created the outlines of a collective identity, which were gratefully taken up by the followers of political Islam. 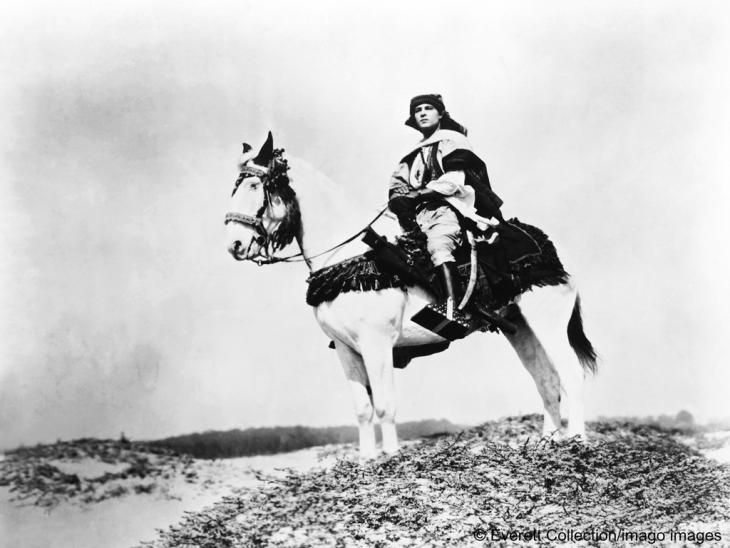 Earlier depictions of Muslims were not flattering either, such as the "Indiana Jones" series or, an early gem, "The Sheik" from 1921 with Rudolph Valentino. But at least these works still resonated with a certain delight in Oriental exoticism or even sensual pleasure. In the meantime, the Muslim screen villain has become established in Hollywood as the successor to the "Russian" – who in turn succeeded the "German". Whether the Muslim will eventually be displaced by the "Asian" remains to be seen

When the end of the Cold War plunged large parts of the world into great confusion, this new categorisation promised clarity. "The first half of the 20th century was the era of world wars, the second the era of the Cold War. In the 21st, the era of Muslim wars has begun": this is how neatly political scientist Samuel Huntington pigeonholed the world in a 2007 interview.

The "Islamisation of Islam"

The Islamic scholar Thomas Bauer describes the relationship in a more differentiated way in his book "The Culture of Ambiguity", tracing a reciprocal dynamic of imitation and demarcation that has spanned centuries. The "Islamisation of Islam" goes back to the 19th century. Back then, the Western construction of an "Islamic" culture meant that even everyday objects or techniques fell under the "Islamic" umbrella. The skills of Arab physicians? "Islamic medicine". The wine goblet in the museum? Presented as "Islamic metalwork". Everything, down to the most mundane object, was attributed to Islam.

Today, the category of religion has completely replaced all other descriptions. Cities, countries, entire continents disappear into the black hole known as the "Islamic world". Meanwhile, even those Muslims who strive for distinction and actually reject such classification must first identify themselves as Muslims – that is to say, religious.

For that, they have the Taliban to thank. For three weeks, amorphous groups have been sweeping across our screens, their beards, weapons and wide robes presenting such a uniform image, they look as if they came from the same men's outfitters. Too bad for the women's rights activists and journalists, the IT managers and fitness trainers who are currently stuck in Doha or Spain and would like to travel on to Germany or the United States. For some, they are refugees. To everyone else, they are Muslims.

Home
Print
Newsletter
More on this topic
Germany and the discussion surrounding "Political Islam": Berlin 2021 is not Tehran 1979Islam the bogeyman: Tarred with the same brushRepercussions of 9/11: The West and the Islamic world – mutually radicalised?Pankaj Mishra's "Age of Anger": The embittered majorityThe Muslim world and the West: Europe is not under threat
Related Topics
9/11, Arab world, Cinema, History of the Near and Middle East, Islam and the West, Islamophobia, Middle Eastern studies, Muslims in the West, Racism | discrimination, Science, Xenophobia
All Topics

Very different Western reactions to the suffering in Ukraine and the Arab world show that there is a profound rift among cultures. Essay by Michael Young END_OF_DOCUMENT_TOKEN_TO_BE_REPLACED

The documentary "Nadia" tells the incredible story of Nadia Nadim, who was forced to flee from the Taliban as a child and became a football star. By Annabelle Steffes-Halmer END_OF_DOCUMENT_TOKEN_TO_BE_REPLACED

Three award-winning female directors appeal to the international film industry to save Afghan cinema. Supporting women filmmakers is more important than ever. By Christine Lehnen END_OF_DOCUMENT_TOKEN_TO_BE_REPLACED

Russia's ranking on the World Press Freedom Index has fallen again over the Kremlin's wartime censorship of the Ukraine conflict. From Myanmar to Mexico, journalists continue to ... END_OF_DOCUMENT_TOKEN_TO_BE_REPLACED

Ideally, those Europeans currently welcoming Ukrainian refugees would show the same sympathy to Syrians, Afghans and others fleeing war beyond the continent. But, argues Ian ... END_OF_DOCUMENT_TOKEN_TO_BE_REPLACED

END_OF_DOCUMENT_TOKEN_TO_BE_REPLACED
Social media
and networks
Subscribe to our
newsletter