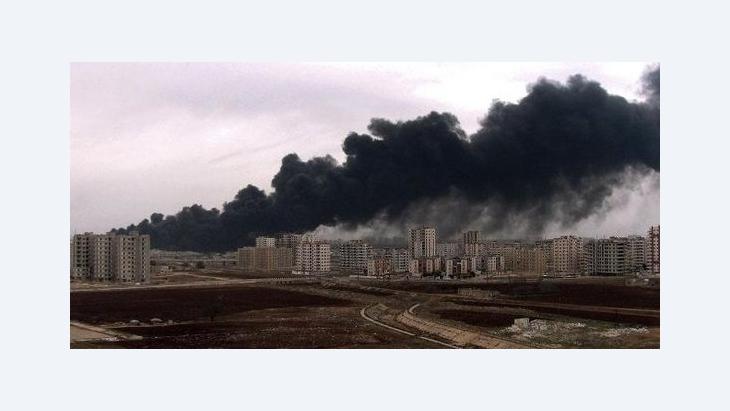 The West and Syria

It's Time to Act

﻿The mass atrocities being committed daily in Syria will not cease without outside intervention, says Radwan Ziadeh, spokesperson of the Syrian National Council

﻿In comparison to the uprisings that have taken place elsewhere throughout the region, the revolution in Syria has been extraordinarily bloody. Meanwhile, a country that occupies a strategic crossroads in the Middle East could release an explosion that reverberates well beyond its borders.

Assad's brutal assault on civilians in Homs and elsewhere has galvanized those dedicated to ousting the regime, inflaming the conflict toward a critical juncture.

The revolutions that brought a collective voice to the people of Tunisia and Libya must not be denied to the Syrian people. The international community must intervene in Syria not only to stop the bloodshed, but also because Assad's continued rule could sway regional dynamics in a disastrous direction. 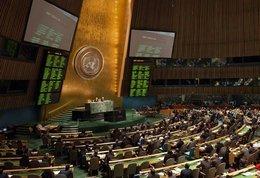 After UN ineptness: Ziadeh argues that the U.S. could help form a coalition whose support could come from members of the Gulf Cooperation Council, Arab countries, Turkey, the European Union, and the United Nation

​​One year ago, the world could have never predicted the monumental change that Arab people would bring to their countries; however, the phenomenon of the Arab Spring is not so shocking if we look at history. Similar movements preceded the Arab Spring in Eastern Europe and Latin America; these popular revolutions seem to have arrived in the Middle East and North Africa twenty years late, but they are no less legitimate.

If we look at the lessons offered by these previous movements, we know that being on the right side of history means supporting peace-seeking peoples against outdated authoritarians.

An old truism used to dominate U.S. policy in the Middle East: either serve U.S. interests by supporting corrupt leaders amenable to U.S. whims, or stay true to the ideals of supporting freedom and democracy for all peoples. The Arab Spring has made this binary irrelevant, and nowhere is this newfound compatibility of ideals and interests more evident than in Syria.

Syria needs a "coalition of friends" 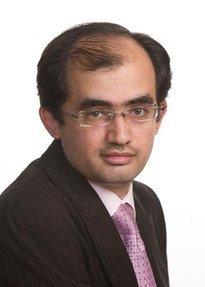 Radwan Ziadeh is spokesperson of the Syrian National Council, Executive Director of the Syrian Center for Political and Strategic Studies and one of the protagonists of the "Damascene Spring" of 2005

​​Indeed, the U.S. is engulfed in the frenzy that is the presidential election year, and the U.S. government and its people are tired of war. But the U.S. need not bear the brunt of a solo military intervention in Syria.

Rather, now is the time for the U.S. to help form a coalition of "friends of Syria", whose support could come from members of the Gulf Cooperation Council, some Arab countries, Turkey, the European Union, the United Nation, and the United States.

Such a coalition could lead the way to achieving the following goals: First, this international coalition must call on Assad to step down, while organizing the provision of humanitarian aid to besieged areas. As was done in Kosovo, safe zones liberated by the Free Syrian Army should be designated with proper enforcement. An additional option is to refer Assad to the International Criminal Court.

Lastly, this coalition should recognize the Syrian National Council (SNC) as the legitimate representative of the Syrian people. With a leadership that includes members of every ethnic and religious group in Syria, the SNC has emphasized transitional justice in a post-Assad Syria, ensuring that Alawites need not fear retribution.

The Syrian people, in an effort to claim their human rights and dignity, have become victims of international politics. Russia is counting on strategically holding onto an ally in the region, and waits for Assad to end the violence.

This is simply unrealistic, and the longer the international community fails to intervene, the more irreparable the damage will be to the entire region.

This revolution is real, and it is not going away. It is in the strategic interests of the U.S. and the international community to support in an inclusive manner the plan for a positive way forward that the SNC has mapped out for Syria.

Radwan Ziadeh is spokesperson of the Syrian National Council and the Executive Director of the Syrian Center for Political and Strategic Studies.

Home
Print
Newsletter
More on this topic
After the Veto of the UN Resolution: Syria on the Brink of Civil WarInterview with Haitham al-Maleh: ''We Want the Syrian Regime to Be Further Isolated''
Related Topics
Arab Spring, Arabellion, Assad regime, Democracy and civil society, Human rights, Syrian Civil War
All Topics

The European Court of Justice has given its backing to companies that don't allow female Muslim staff members to wear headscarves – as long as they don't permit the wearing of ... END_OF_DOCUMENT_TOKEN_TO_BE_REPLACED

The disappearance of Razan Zeitouneh and her colleagues has been one of the greatest mysteries of the Syrian war – until today. DW's investigative unit hunted clues across six ... END_OF_DOCUMENT_TOKEN_TO_BE_REPLACED

Muslims in Europe regularly experience threats, witness attacks and are the target of hate across national borders. Now the Council of Europe, the continent's leading human rights ... END_OF_DOCUMENT_TOKEN_TO_BE_REPLACED

The West is pulling out of Afghanistan after 20 years, but the conflict remains – and the Taliban are stronger than they have been for a long time. And now? The renowned Taliban ... END_OF_DOCUMENT_TOKEN_TO_BE_REPLACED

United States and NATO troops are leaving Afghanistan after 20 years, despite the fact that the Taliban is still advancing. The German Bundeswehr is already out. Sandra Petersmann ... END_OF_DOCUMENT_TOKEN_TO_BE_REPLACED
Author:
Radwan Ziadeh
Date:
Mail:
Send via mail

END_OF_DOCUMENT_TOKEN_TO_BE_REPLACED
Social media
and networks
Subscribe to our
newsletter