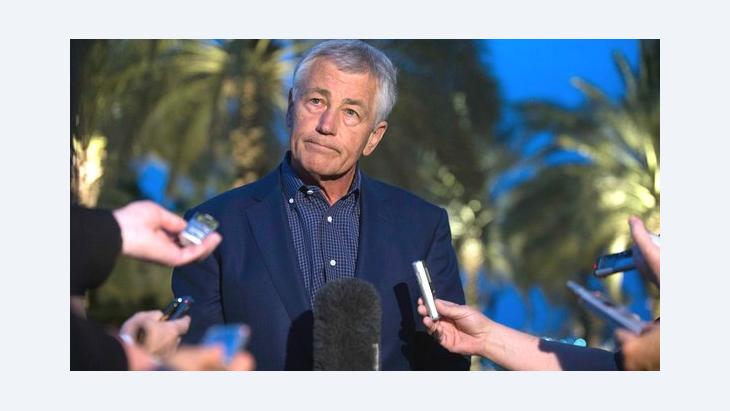 In view of the appalling numbers of people being killed and injured in the Syrian civil war and recent reports that poisoned gas has been used there, pressure is growing on the West to finally take some decisive action. Washington and London, however, continue to exercise restraint. By Karim El-Gawhary

There is certainly nothing definite about it, a fact illustrated by a rather bizarre sentence recently formulated by the US Secretary of Defence, Chuck Hagel, on the subject of the use of poisoned gas in Syria: "Our intelligence community does assess, with varying degrees of confidence, that the Syrian regime has used chemical weapons on a small scale in Syria, specifically, the chemical agent sarin."

But what exactly is "a small scale" and what does Hagel mean by "varying degrees of confidence"? In this context, it is important to know that the phrase "varying degrees of confidence" is used in the US whenever the members of the intelligence community do not agree on a certain point. That in itself does not increase the feeling of certainty. One cannot help but think that before addressing the public, America's Secretary of Defence consulted his lawyer about the least binding formulation he could use.

The "red line" is fading from view 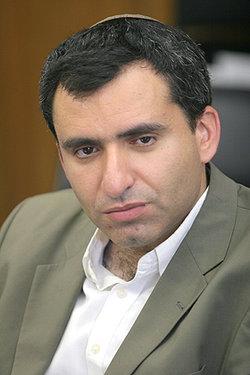 A growing lack of understanding for Barack Obama's Syria policy: Israel's Deputy Foreign Minister Zeev Elkin recently said that Washington should start thinking about military intervention in order to get a grip on Syria's chemical weapons. He went on to say that it was time for US President Obama to show whether he stood by his statements about the "red line"

​​Anyone who turns to the United Kingdom for a little more clarity is sure to be disappointed. The Foreign Office in London issued a statement saying that it has "limited but convincing" evidence of the use of chemical weapons in Syria.

The problem here is that the words "limited" and "convincing" rather tend to contradict each other. Later on, British Prime Minister David Cameron qualified this statement by saying that there was "limited and growing" evidence, which begs the question as to the extent to which the "limited" evidence had grown.

Unfortunately, this allegation is not an example of legal hair-splitting or intellectual nit-picking; the use of poisoned gas constitutes a war crime. This is why it is all the more important to present serious evidence and to have this evidence examined independently within the framework of the United Nations. Naturally, everyone's thoughts immediately turn to Saddam Hussein's Iraqi weapons of mass destruction, which triggered a war exactly ten years ago, but were never actually found in the end.

Despite the fact that the regime in Damascus has obviously had no scruples about bombing its own civilian population for months now, there are two reasons why scepticism is warranted in this case: chemical weapons are generally used either as a last act of desperation or in those cases where the regime is certain that it can get away with it.

The first is not the case in Syria. The Assad regime certainly doesn't have its back up against the wall; on the contrary, it has notched up some military successes against rebel forces in recent weeks. As far as the second point is concerned, Damascus cannot assume that it would get off scot-free, especially as US President Barack Obama has publically declared the deployment of chemical weapons to be a "red line".

No new arguments needed for an intervention

Or could it? This question brings us neatly to the next problem. Let's just assume that more evidence becomes available: after two-and-a-half years of inactivity in Syria, would the US and Europe actually know what to do? The fact is that no new arguments for international intervention would be needed. 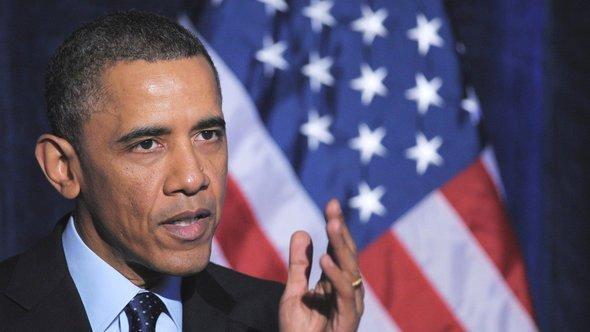 Watching and waiting: US President Barack Obama has called for a careful investigation of the allegation that Syrian government troops have been deploying chemical weapons. In a letter to Congress, the US administration said that it could say with "varying degrees of confidence that the Syrian regime has used chemical weapons on a small scale in Syria"

​​There is already hard evidence that the Syrian regime is using cluster bombs and so-called "barrel bombs" (barrels full of explosives that are dropped from low-flying helicopters over civilian residential areas). At least one hundred people are killed every day in rebel-controlled areas, most of them falling victim to air or artillery attacks. In other words, chemical weapons are not needed to underpin the allegation that the Syrian regime is committing war crimes.

So what is the consequence of the poisoned gas allegations? The whole thing could revive the debate about the imposition of no-fly zones, which has been dormant for over a year now. Alternatively, one could indicate openness to the rebels' demands that they at last be equipped with anti-aircraft weaponry.

The US and Europe consider both options problematic. A no-fly zone could very quickly prove to be the first step towards comprehensive military intervention. After all, it is not enough to just proclaim a no-fly zone; it has to be militarily imposed as well. At present, however, no one seems willing to do so.

The same can be said of supplying anti-aircraft weapons. The fear in this case is that they could end up in the wrong hands, and if that were to happen, they might one day be used to shoot down US jets instead of Syrian planes.

Karim El-Gawhary is a graduate of Political Science and Islamic Studies. He works in Cairo as a correspondent for a number of German-language newspapers including the taz and the Badische Zeitung. Since 2004, he has been the head of the Near East Office of the Austrian national broadcaster ORF.

Home
Print
Newsletter
More on this topic
Essay by the Syrian Writer Fawwaz Haddad: Children of a Divided NationEuropean Policy on Syria: The Time for Caution is PastInterview with Malek Jandali: ''We are witnessing the fall of humanity''
Related Topics
Arab Spring, Arabellion, Human rights, Syrian Civil War, U.S. policy in the Middle East
All Topics

Despite what heads of state may claim, the Russian attack on Ukraine is not a wake-up call for a self-confident Europe that defends its values. The war is accelerating the decline ... END_OF_DOCUMENT_TOKEN_TO_BE_REPLACED

At the EU's outer borders, the right of migrants to a fair asylum procedure continues to be systematically disregarded. Take Greece, for example: in the worst case scenario, those ... END_OF_DOCUMENT_TOKEN_TO_BE_REPLACED

Madrid's about-face on the Western Sahara conflict has enraged Algeria. Trade relations have been frozen unilaterally and a cut in gas supplies to Europe could be in the pipeline ... END_OF_DOCUMENT_TOKEN_TO_BE_REPLACED

Mourad al-Marouai was just nine when a landmine killed him on a beach in war-torn Yemen, a tragedy that will haunt his family forever. After a swim, the little boy "suddenly ... END_OF_DOCUMENT_TOKEN_TO_BE_REPLACED

A ceasefire has been in effect in Libya for the past year and a half. Yet after Russia's attack on Ukraine, another proxy war looms in Africa's most oil-rich country. Mirco ... END_OF_DOCUMENT_TOKEN_TO_BE_REPLACED

The Ukraine war has seen energy prices spike with oil producers in the Middle East making more money than ever. But will it put the brakes on long-planned reforms to diversify oil ... END_OF_DOCUMENT_TOKEN_TO_BE_REPLACED
Author:
Karim El-Gawhary
Date:
Mail:
Send via mail

END_OF_DOCUMENT_TOKEN_TO_BE_REPLACED
Social media
and networks
Subscribe to our
newsletter