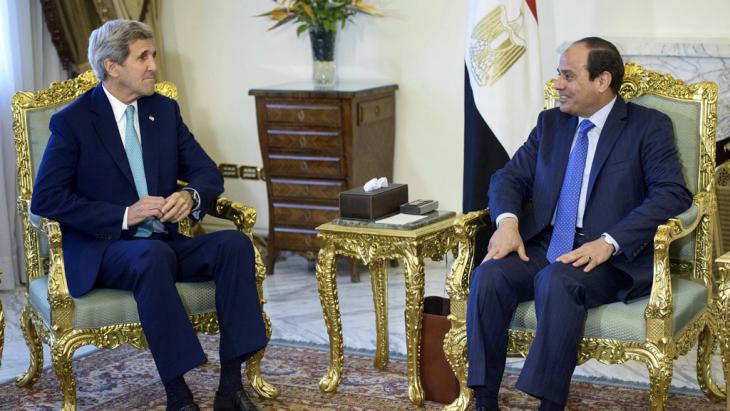 The West and the Islamic world

Unable to contain the violence, suffering, and chaos engulfing the Middle East and North Africa, Western leaders are falling back into the Cold War trap. All they want is for someone – and now virtually anyone – to enforce order. By Ana Palacio

US President Franklin D. Roosevelt, when asked about American support for the notorious Nicaraguan despot Anastasio Somoza, purportedly replied, ″He may be a son of a bitch, but he′s our son of a bitch.″ Whether or not the quip is apocryphal, it sums up a longstanding Western approach to much of the world – and one that underpinned US foreign policy throughout the Cold War.

But lately an even more troubling sentiment seems to have emerged, with Western leaders willing to settle not for ″our son of a bitch,″ but for just about any son of a bitch who can impose stability, whatever the cost. It is an alluring but dangerous mindset.

Experience should have pushed Western leaders in the opposite direction. After all, as time passed, the ostensibly pragmatic clientelism of the Cold War proved far from ideal. Indeed, in many cases – the Shah of Iran, Cambodia′s Lon Nol, Chile′s Augusto Pinochet, and the Democratic Republic of the Congo′s Mobutu Sese Seko, to name a few – it led to long-term insecurity and disorder.

But these are desperate times. Unable to contain the violence, suffering, and chaos engulfing the Middle East and North Africa – the consequences of which are increasingly being felt in Europe – Western leaders are falling back into the Cold War trap. All they want is for someone – and now virtually anyone – to enforce order.

This desperation is perhaps most apparent in Syria. After years of insisting that Syrian President Bashar al-Assad was the problem, a growing number of Western policymakers and strategists are now suggesting that he may actually be part of the solution – or at least the transition. 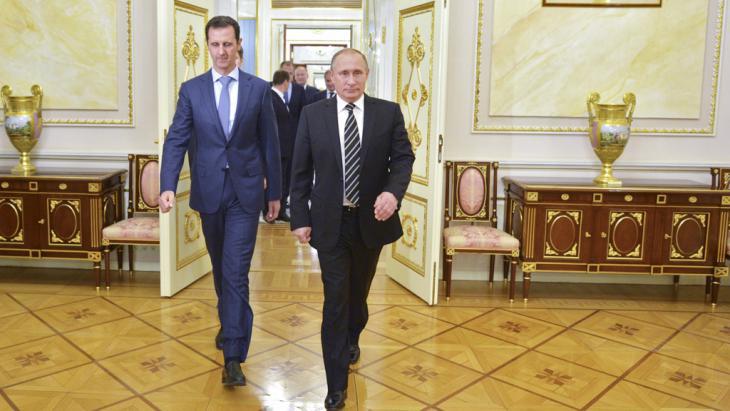 Members of the same dictatorial club: ″rather than bringing about reforms,″ Putin declared in a recent address to the UN General Assembly, ″aggressive foreign interference has resulted in…violence, poverty, and social disaster.″ A strong Assad-led government, the logic goes, would have the opposite effect – a point that Russia is now trying to prove on the ground in Syria

Last month, German Chancellor Angela Merkel noted the necessity of including Assad in talks about Syria′s future. Likewise, both US Secretary of State John Kerry and British Prime Minister David Cameron now concede a role for Assad in a hypothetical transition. Spanish Prime Minister Mariano Rajoy went so far as to say that the world had to ″count on″ Assad in the fight against the Islamic State.

Whether driven by realism or resignation, this shift reflects a distinct desire for stability – a desire that is reinforced, especially in Europe, by the presence of another governance black hole in Libya. The same desire has already driven the West to support Abdel Fattah al-Sisi′s regime in Egypt – despite its dubious origins and continuing repression – with only the slightest of pressure for reform.

When confronted with anarchy, this eagerness to secure stability by whatever means necessary is understandable. But it is a slippery slope. And, in fact, it is based on a false dichotomy between autocracy and instability.

Of course, autocratic figures like Russian President Vladimir Putin have a strong interest in promoting this dichotomy. As the Bulgarian political analyst Ivan Krastev noted recently, Putin – a long-time ally of Assad – is doing his best to promote the idea that Western efforts to promote good governance lead only to volatility.

″Rather than bringing about reforms,″ Putin declared in a recent address to the UN General Assembly, ″aggressive foreign interference has resulted in…violence, poverty, and social disaster.″ A strong Assad-led government, the logic goes, would have the opposite effect – a point that Russia is now trying to prove on the ground in Syria.

However compelling this idea might be, and however weary the West feels, the reality, demonstrated starkly during the Cold War and its bloody aftermath, is that tyranny is never genuinely stable – certainly not in the long run. The desire for human dignity and respect – the cornerstones of good governance – cannot be quelled, especially at a time when people have unprecedented access to information through the Internet and mobile technologies. 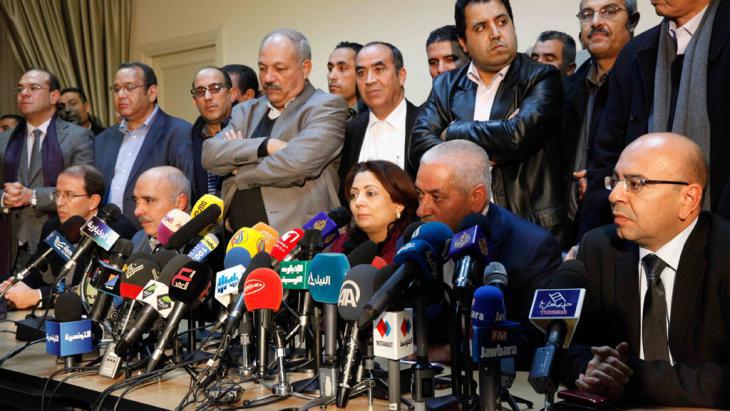 This year's Nobel Peace Prize was awarded to the Tunisian National Dialogue Quartet: " it has shown just how effective a strong civil society can be in supporting stability"

So good governance is the key to long-term stability. But, like stability, good governance cannot be imposed from the outside; rather, it must develop organically, supported by sturdy roots within a society.

This does not mean that there is nothing Western governments can do. On the contrary, by helping to cultivate a strong civil society at the local and national levels, external forces can play an important role in creating a strong foundation for good governance in crisis-stricken countries.

The Tunisian National Dialogue Quartet – the group of civil-society organisations that was awarded this year′s Nobel Peace Prize for its ″decisive contribution″ to democracy after the country′s 2011 revolution – has shown just how effective a strong civil society can be in supporting stability.

To make a real difference in stabilising today′s most tumultuous regions, the international community should hold Tunisia up as a model (and remain committed to ensuring that it continues on the path toward stable democracy), rather than falling prey to Putin′s cautionary fables about Syria and Libya.

Unfortunately, Western leaders have repeatedly shown that they lack the patience and dedication needed to engage consistently and humbly with communities in crisis-stricken countries or to provide the reliable, incremental, and prolonged governance assistance needed to prevent state collapse.

With their short attention spans and heightened sense of their own importance, they prefer the option of simply installing a despot to deal with it. They need to get over themselves – for everyone′s sake.

Home
Print
Newsletter
More on this topic
Political rule before and after the ″Arabellion″: Internal colonialism and counter-revolutionInterview with Rami G. Khouri: Fragmentation of the Arab world Volker Perthes: "The end of the Middle East, as we know it": The end of Sykes-Picot?
Related Topics
'Islamic State' | IS, Abdul Fattah al-Sisi, Arabellion, Assad regime, Democracy and civil society, Egypt's army, Islam and the West, Policy on refugees and migration, Refugees, Syrian Civil War, Vladimir Putin
All Topics

As the photo of Fairouz talking to French President Emmanuel Macron spread around the world, many asked if Arabs today had any contemporary stars of Fairouz's standing. In this ... END_OF_DOCUMENT_TOKEN_TO_BE_REPLACED

Saudi Arabia and its allies have agreed to set aside their differences with Qatar at a summit meeting of the Gulf Cooperation Council. The restoration of diplomatic relations ... END_OF_DOCUMENT_TOKEN_TO_BE_REPLACED

Many in the West equate Middle Eastern music with the folklore of "A Thousand and One Nights". Tayfun Guttstadt demonstrates just how erroneous this is END_OF_DOCUMENT_TOKEN_TO_BE_REPLACED

Ten years after the start of the Arabellion in North Africa and the Middle East, many view the movement as a failure. But rather than being over, it has now entered a more mature ... END_OF_DOCUMENT_TOKEN_TO_BE_REPLACED

END_OF_DOCUMENT_TOKEN_TO_BE_REPLACED
Social media
and networks
Subscribe to our
newsletter