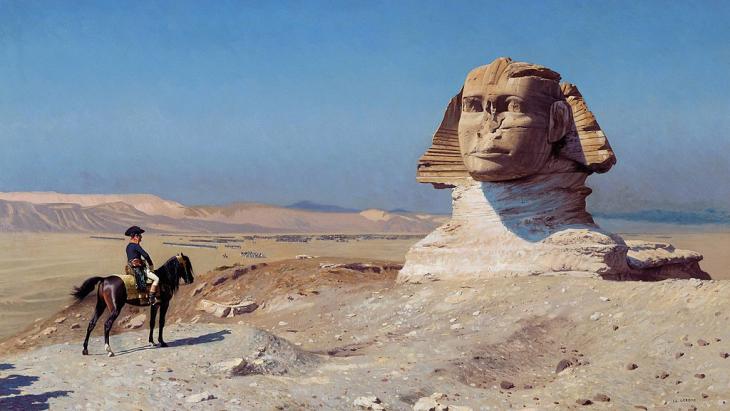 Napoleon Bonaparte’s 1798 invasion of Egypt represented the first modern attempt to incorporate an Islamic society into the European fold. Although the expedition was a military fiasco, it left a lasting legacy in the region. By Alexander Mikaberidze

"In the beginning was Napoleon". So commences the late Thomas Nipperdey’s acclaimed history of nineteenth-century Germany, Germany from Napoleon to Bismarck. But although Nipperdey was referring to Napoleon Bonaparte’s central role in creating modern Europe, in many respects his statement also applies to today’s Middle East.

America finds itself in the grips of two epidemics, each of which has exposed deep inequalities across races and levels of educational attainment. Between rising "deaths of despair" among working-class whites and higher coronavirus mortality rates among African-Americans, the stunning secular decline in U.S. life expectancy will continue.

Napoleon’s 1798 invasion of Egypt marked the first instance of liberal imperialism and highlighted the speed with which the French Revolution had transcended France’s borders – and Europe’s. Although the expedition was a military fiasco, it left a lasting legacy in the region.

For starters, the invasion represented the first modern attempt to incorporate an Islamic society into the European fold. It also constituted the formative moment for the discourse of Orientalism, when all of its ideological components converged and a full arsenal of instruments of Western domination was employed to protect it.

The occupation itself did little to modernise Egyptian society, because the revolutionary principles that the French tried to introduce were too radical and foreign, and met determined local resistance. But Napoleon created a political vacuum in Egypt that was soon filled by Kavalali Mehmet Ali Pasha, who, within a decade of the French departure, began laying the foundation for the reformed and modernised Egypt that later would play such an important role in the Middle East. 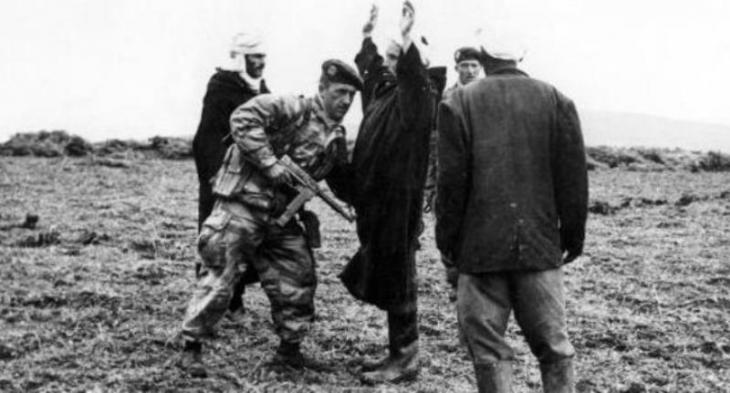 Another attempt to incorporate an Islamic society into the European fold: in 1830, French troops, some of them veterans of the Egyptian campaign, invaded Algiers on the basis of contingency plans developed under Napoleon two decades earlier, and laid the foundation for a period of French colonial rule that would last until 1962

You may also like: Western involvement in the Middle East – A rotten legacy

Napoleon’s Egyptian campaign also upended traditional European policies toward the region. Instead of striking its intended blow at Britain’s imperial power, the French invasion drove the Ottoman Empire, France’s traditional ally, into an alliance with its former adversaries, Russia and Britain, and transformed the nature of Franco-British rivalry in the East.

Up to that point, France traditionally had launched forays into India from island bases in the Indian Ocean, relying on naval power that the British could counter with their own fleet. But Napoleon’s attempt to conquer Egypt by land profoundly altered this equation by forcing Britain also to consider the possibility that other powers might approach India through territories adjacent to the Indian subcontinent.

This imperative drew Britain into a lasting endeavour to secure additional dominions to protect its Indian possessions against an overland attack. "We have won an empire by armed might," observed British East India Company officials in 1798, "and it must continue to rest on armed might, otherwise it will fall by the same means to a superior power. " This reliance on force underpinned the British Raj until 1947 and sustained British interventions in Egypt, Yemen, Oman, Iran, and Afghanistan.

Home
Print
Newsletter
More on this topic
Essay by Adania Shibli: Recalling Edward Said's thought today100 years of Sykes-Picot: "A tapestry of plans and promises"The longest duel: Iran and the USA square off
Related Topics
Colonialism, History of Islam, History of the Near and Middle East, Islam and democracy, Islam and the West, Orientalism
All Topics

Chinese President Xi Jinping's visit to Saudi Arabia in December 2022 may have rattled Washington, but it simply highlighted the Arabs’ desire to diversify their foreign relations ... END_OF_DOCUMENT_TOKEN_TO_BE_REPLACED

Nouara may be 65, but she is ready to join thousands of others who burn their ID and pay traffickers for the chance of a new life in Europe. Zineb Bettayeb reports END_OF_DOCUMENT_TOKEN_TO_BE_REPLACED

In Doha, Arabs from Morocco, Tunisia, Egypt and Algeria are gathering to celebrate the first ever FIFA World Cup to be held on Arab soil. The criticism from Europe? Over the top, ... END_OF_DOCUMENT_TOKEN_TO_BE_REPLACED

"Rebel Game: The Power of Football in the Middle East and the Qatar World Cup", an anthology published by Middle East researchers Jan Busse and Rene Wildangel, takes the upcoming ... END_OF_DOCUMENT_TOKEN_TO_BE_REPLACED

After a two-year hiatus, the Arab League re-convened at the beginning of November in Algiers against a backdrop of uncertainty and discord. By Pierre Boussel END_OF_DOCUMENT_TOKEN_TO_BE_REPLACED
Author:
Alexander Mikaberidze
Date:
Mail:
Send via mail

END_OF_DOCUMENT_TOKEN_TO_BE_REPLACED
Social media
and networks
Subscribe to our
newsletter