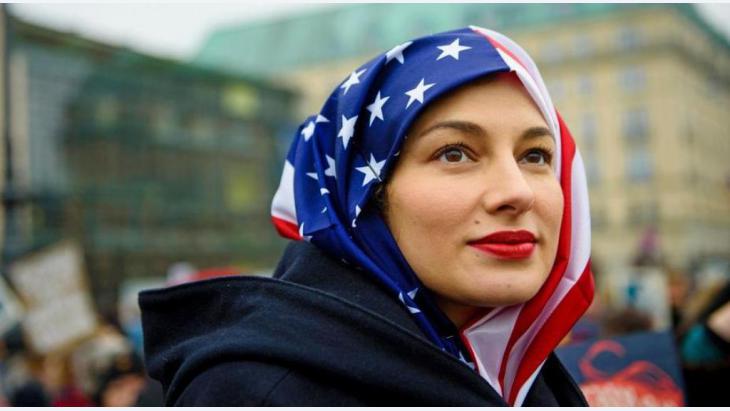 The West and the Muslim world

Bin the black and white model

East-West dualism fuelled by the rise of right-wing populists in Europe and the election of US President Trump is hampering the progress of the Orient and that of Muslim communities in the West, warns analyst Shafeeq Ghabra. High time for some ideological disarmament, says the political scientist

In recent years, the tensions between "Orient" and "Occident" have reached new heights and in some cases resulted in violent confrontation.

The two cultural spheres are unable to reach agreement over many issues. At the same time these conflicts mirror the power inequality between the two cultural spheres. In addition, there are further contentious issues such as the Middle East conflict, the military interventions of the West, dictatorial regimes and the general state of crisis afflicting the Arab and Islamic world.  The discord has many facets.

What is more, all these factors open the gates to further disagreements that can only be played out to the detriment of all those involved. A minority, one that correctly recognises this situation, exists both in the West and the Arab world. But most citizens on both sides are acting out a Kulturkampf that feeds on mutual doubts and fears.

In the West, in particular in Europe and the US, racist and Islamophobic movements are gaining in strength. Terror attacks on civilian targets in the West provide them with fertile ground. An important feature of this simplistic world view is a standardised perception of Muslims:  these actors behave as though all Muslims support the terror against civilians in France, Belgium, Germany and other nations. But the xenophobic movements in Europe and the US lack an understanding of the causes of the violence in the Arab world and its spread to the West.

Violent jihadism is essentially indivisible from other phenomena: from the division of the world into manufacturers in the West and consumers in the East, from the western arms shipments to Middle Eastern states, from the largely indifferent reaction to human rights violations in these countries and from military intervention in Iraq and other Middle Eastern nations. The catastrophic consequences of these policies serve to intensify the spiral of violence.

There is much dissonance between western and mainly Islamic states. One example: Hamas may be an armed organisation with an Islamist ideology, it is however also a product of the illegal occupation. But western policies, predominantly in Europe and the US, are nevertheless focused on the violent means used by Hamas, while turning a blind eye to the Israeli occupation, besiegement and use of force, thus ignoring the history of the Arab-Israeli conflict that has put the organisation in this position. And although the Palestinians officially enjoy autonomy in the West Bank, the West has not done enough to prevent Israel from undermining the two-state solution through the construction of settlements and a policy of promoting Judaisation. 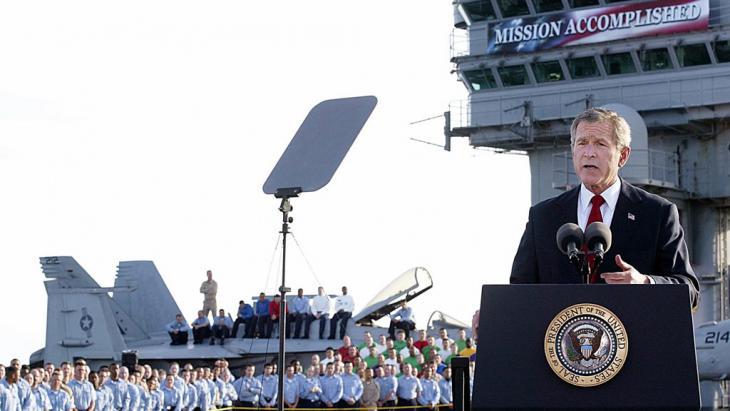 Mission accomplished? As George W. Bush sought to make his mark in the Middle East, he manoeuvred America into a catch-22 situation in Afghanistan, Iraq and Yemen. The consequences were as deplorable as the initial impulse. Hundreds of thousands of Iraqis were killed, the country was devastated and in the years that followed, the coalition′s provisional authority was plagued by mismanagement

The same scenario is being repeated in Syria at the moment: the catastrophe is worsening by the day, but the West is not doing enough to stop the fighting. Yet the alternative is no better: as George W. Bush sought to make his mark in the Middle East, he manoeuvered America into a catch-22 situation in Afghanistan, Iraq and Yemen. The consequences were as deplorable as the initial impulse. Hundreds of thousands of Iraqis were killed, the country was devastated and in the years that followed, the coalition′s provisional authority was plagued by mismanagement.

To cast Muslims as the only violent actors in all of this is a generalisation that does not stand up to closer examination. At the same time, Arabs and Muslims are also falling victim to this violence – to the violence that prevails in their countries, towns and villages, the violence perpetrated by the regimes that govern – to torture, human rights infringements and terrorism.

Not an Arab monolith

The Arab world is also home to peaceful movements, such as those that came to the fore at the start of the Arab Spring, or in Lebanon and Iraq in 2015. There are also liberals, secularists, Islamists – moderate or radical – among Arab and Muslims too, as well as conflicts between social classes or even smaller groups. Our region is very diverse, it comprises a variety of political systems and innumerable cultures and religions. It is also currently in a highly sensitive phase in its historic development.

On the other hand, the commonly held view in Arab nations that the West is purely materialistic and soulless, as well as humanely and morally degenerate is not demonstrable. Degeneration and materialism cannot create an advanced civilisation. The West has clearly established the foundations for efficiency, scientifically substantiated planning, the formation of institutions and the protection of political rights and freedoms. 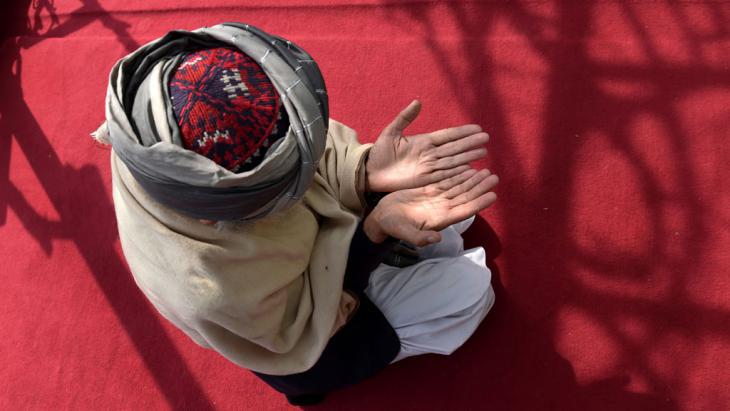 A process of mutual learning: "we need to remember that the West also shares in the cultural heritage of the Orient: many Islamic writers, such as the mystic Jalal al-Din al-Rumi, are bestselling authors. In the Occident too there are people who strive for truth and intercultural understanding," writes Shafeeq Ghabra

The violent phases of western history, in particular in the 18th and 19th centuries, strongly resemble the current chaos in the Arab world. The Occident learned several important lessons at the time: since then, the peaceful handover of power, political moderation, the right to assemble, to independent organisation, the right to strike, freedom of expression and equality have been among those natural rights aimed at safeguarding against central state authority and the abuse of power. These lessons became even more deeply embedded in the wake of the Hitler and Mussolini eras.

This East-West dualism is hampering the progress of the Orient. Diverse population groups should not be simply lumped together. We must not forget that the western cultural heritage is also partly ours and that knowledge and progress know no boundaries between Occident and Orient or between China and India.  Even the harshest critics of the western world write in western languages – Foucault, Chomsky, Mbembe and dozens of others.

The West also shares in the cultural heritage of the Orient: many Islamic writers, such as the mystic Jalal al-Din al-Rumi, are bestselling authors. In the Occident too there are people who strive for truth and intercultural understanding. For this reason, the generalising spread of the conflict to entire population groups in western nations drives these very groups into radical positions, which often find their expression in racist attitudes towards Arabs and Muslims.

How did Nelson Mandela succeed in transforming his personal, humane fundamental approach into a global culture and become a symbol of human rights and the understanding between blacks and whites? South Africa had to suffer through a brutal, violent era beforehand.

Clearly, the path must needs be paved with difficulty and destruction, before we find a third solution. One that takes a more harmonious course and places human beings and dignity at its core.

Shafeeq Ghabra is a professor of political science at the University of Kuwait. The well-known commentator is a regular contributor to leading Arab newspapers.

German Middle East analyst Guido Steinberg and television journalist Ulrich Tilgner have both published new books on the conflicts in the Middle East. Their analyses and their ... END_OF_DOCUMENT_TOKEN_TO_BE_REPLACED

On 27 March, Iran and China signed a 25-year accord intended to foster "strategic co-operation". Despite ongoing uncertainty over the deal's actual scope, content and chances of ... END_OF_DOCUMENT_TOKEN_TO_BE_REPLACED

In Grenoble, France, two professors have been pilloried in a dispute over the use – or otherwise – of the term Islamophobia. Is freedom of speech in jeopardy? By Stefan Dege and ... END_OF_DOCUMENT_TOKEN_TO_BE_REPLACED

Liberal Islam: everything revolves around the Koran. In the search for a liberal interpretation, peculiar constructs occasionally emerge. By Alexander Flores END_OF_DOCUMENT_TOKEN_TO_BE_REPLACED
Author:
Shafeeq Ghabra
Date:
Mail:
Send via mail

END_OF_DOCUMENT_TOKEN_TO_BE_REPLACED
Social media
and networks
Subscribe to our
newsletter