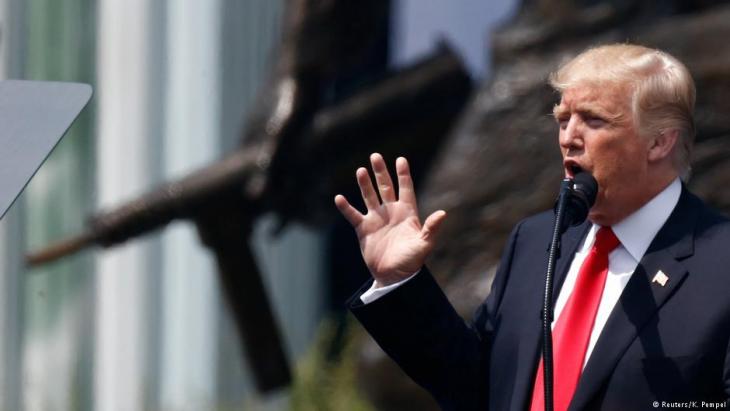 The West versus the Islamic Republic?
Iran's 40 years of strife

The 40th anniversary of the Iranian Revolution might have offered the West an opportunity to reflect on the failure of four decades of disengagement to bring the Islamic Republic any closer to collapse – or the region any closer to peace. Instead, the Trump administration has doubled down on hostility, with nothing to show for it. By Javier Solana

In 1971, world leaders as varied as Yugoslav President Josip Broz Tito, Prince Rainier and Princess Grace of Monaco, U.S. Vice President Spiro Agnew and Soviet statesman Nikolai Podgorny gathered in the Iranian city of Persepolis, the ancient capital of the First Persian Empire. They were there to attend a sumptuous party, hosted by Shah Reza Pahlavi, to mark 2,500 years since the founding of the Imperial State of Iran. But less than eight years later, Iran had a new leader, Ayatollah Ruhollah Khomeini, who referred to this gathering as "the devilʹs festival".

Before the 1979 Islamic Revolution, Khomeini had been living in exile (in Turkey, Iraq, and finally in Paris), owing to his denunciation of Iranʹs westernisation and dependence on the United States under Shah Pahlavi. In 1953, the U.S. and the United Kingdom had propped up Pahlavi by ousting the country's democratically elected prime minister, Mohammad Mossadegh, who had nationalised Iranʹs oil industry and had sought to reduce the Shahʹs powers.

That fateful episode – imbued with the logic of the Cold War – marked the first U.S. operation to depose a foreign leader during peacetime. But it certainly wasnʹt the last. Ever since, U.S. foreign policy has been characterised by a steady procession of "regime changes", which have poisoned Washingtonʹs relations with key regions of the world – perhaps most notably with the Middle East.

In the case of Iran, the 1953 coup eroded the Shahʹs domestic legitimacy and, along with his repressive temperament and insensitivity to demands for greater social justice, planted the seeds of the 1979 Revolution. Throughout the ensuing 40 years, Iran and the West have been estranged, to say the least.

The philosopher Hannah Arendt once quipped that "the most radical revolutionary will become a conservative on the day after the revolution." That was certainly true of Khomeini. After taking power by uniting forces adhering to vastly different ideologies, Khomeiniʹs flexibility suddenly evaporated.

He distanced himself completely from leftist movements, accused his opponents of subversion and repressed liberal voices with abandon, triggering four decades of tension between the Islamic Republicʹs theocratic and democratic elements.

In the immediate aftermath of the revolution, U.S.-Iranian diplomatic relations imploded. After laying siege to the U.S. embassy in Tehran, a group of Iranian students, with Khomeiniʹs connivance, held 52 Americans hostage for 444 days. They demanded that U.S. President Jimmy Carterʹs administration extradite the Shah, who was in New York for cancer treatment.

In the end, the hostages were not released until minutes after Ronald Reagan was sworn in as successor to Carter, who had been severely weakened politically by the crisis. By then, Pahlavi had died in Egypt, and Khomeini had consolidated the power of hardline theocrats over the revolutionʹs more secular factions.

Recent efforts to rehabilitate Assad are setting a damaging precedent for accountability, just as the international community is expressing the need to hold Russia to account for ... END_OF_DOCUMENT_TOKEN_TO_BE_REPLACED

Nouara may be 65, but she is ready to join thousands of others who burn their ID and pay traffickers for the chance of a new life in Europe. Zineb Bettayeb reports END_OF_DOCUMENT_TOKEN_TO_BE_REPLACED

Education for girls and women is still possible in Afghanistan, says Reinhard Eroes of the Kinderhilfe Afghanistan initiative. In interview with Elisa Rheinheimer, he talks about ... END_OF_DOCUMENT_TOKEN_TO_BE_REPLACED

Locals in the Middle East have said European critics are showing bias and hypocrisy when they condemn Qatar. Observers agree that Qatar has had to deal with more criticism than ... END_OF_DOCUMENT_TOKEN_TO_BE_REPLACED

In Doha, Arabs from Morocco, Tunisia, Egypt and Algeria are gathering to celebrate the first ever FIFA World Cup to be held on Arab soil. The criticism from Europe? Over the top, ... END_OF_DOCUMENT_TOKEN_TO_BE_REPLACED

Comments for this article: Iran's 40 years of strife

Should have kept the Shah

As 40 years have now passed it has become clear what failure this revolution was. Iran was and still could have been far better under Shah. My only question is where are all those people claiming the Shah was abusing their rights today? Did the Shah ever kill a Christian, a Jewish person, a Assyrian Christian? These thugs today have raped, killed and dragged Iran into poverty, not to mention a war in which Iran lost.

END_OF_DOCUMENT_TOKEN_TO_BE_REPLACED
Social media
and networks
Subscribe to our
newsletter