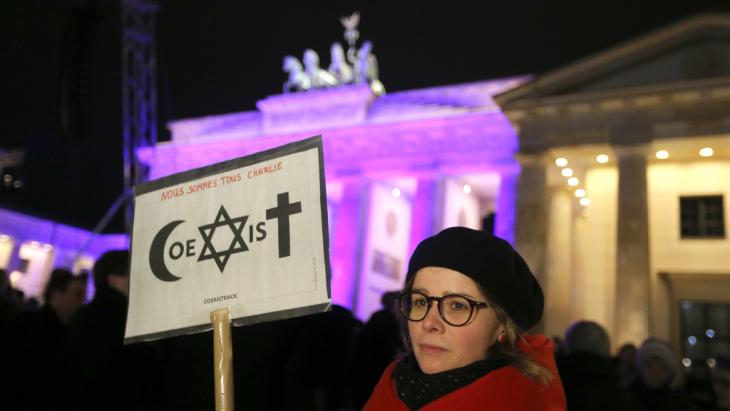 The West′s Islam debate
For all our freedoms!

Society is constantly changing and each of its members has the right to help shape it. Only once everyone can be anything they want to be – when a woman wearing a headscarf can become a government minister and someone named Ahmad a constitutional judge – will we have evolved from being screwed-up countries of immigration to successfully integrated societies. By Kristin Helberg

Defending the idea of freedom is hard these days. Because many people think it's only about their own freedom to think and do as they please. They don't want to acknowledge how this automatically curtails others' freedom to do things quite differently. And yet this is exactly where tolerance begins.

Tolerance hurts, because it means we have to suffer opinions and behaviours that go against our grain. For example when someone tattoos or veils their face, when men kiss men and when women would prefer not to shake the hand of a man they don't know.

Which brings us to Islam, apparently the greatest challenge to our tolerance these days. Islam is regarded as a source of terror, misogyny and violence, causing many a purported saviour of the "Judeo-Christian West" to feel called upon to take up the struggle against "Islamisation". What a pity that such a person then undermines the very foundations of our liberal order, which he is supposedly trying to rescue. Even though he should really know better.

The public discourse follows a fixed blueprint. Just 130 years ago, it was the Jews who were being denied integration in Germany and who were accused of forming parallel societies. The discussion centred at the time on the incompatibility of Jewish law with the values of the German majority society, just as we frequently read about today regarding "the Sharia". And as a matter of fact, the "Christian West" was only redubbed the "Judeo-Christian West" after the Holocaust. The latter expression is designed to assuage the Germans' guilty conscience, to revise history and, as a polemical catchword, to exclude everything Islamic.

It is thus high time that two truths are established: firstly, Islam is not an antithesis to the West and, secondly, it is not always at fault for everything that happens everywhere. It is based on the same historical roots and is therefore part of our European identity. From the 9th to the 13th century, when Central Europe was bogged down in church-dictated ignorance, Islamic scholars were at the forefront in the development of the sciences, safeguarding the intellectual legacy of the ancient Greeks and translating and advancing our stock of knowledge. Without Ibn Sina, Al-Biruni, Al-Kindi, Ibn Rushd and others, Europe would never have experienced a renaissance in the sciences and humanities. Historians therefore speak of Islam as the "suppressed heritage of the Europeans", alongside the legacies of the ancient Greeks, the Jews and the Christians. 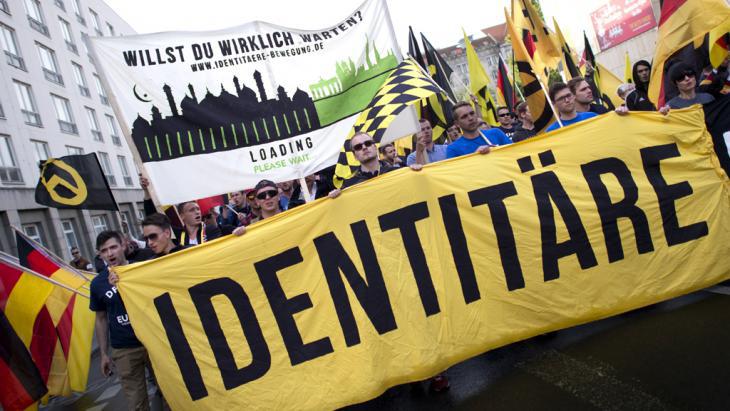 The rise of the radical right and neofascism: "The attempt by right-wing nationalist forces to glorify Germany as a homogeneous nation of people of like origin and to prescribe a collective German identity leads directly back to the past," warns Helberg in her essay

Moreover, many a would-be rescuer of the Western world seems to forget where "our" Christianity comes from. Jesus was not born in the vicinity of Rome, but in Bethlehem, ten kilometres from Jerusalem. And Paul, who brought the Christian doctrine to Europe starting in 46 AD, came from what is currently the Turkish-Syrian border region, was educated as a Torah scholar in Jerusalem and was converted in Damascus from Saul, persecutor of Christians, to the Apostle Paul. Europe thus owes "its" Christianity to a migrant from the Middle East who followed a path very similar to that of today's Syrian refugees.

Secondly, we tend to overestimate Islam by making it alone responsible for the behaviour of Muslims. IS acolytes blow themselves up, drunken North Africans grope women, Arab clans terrorise parts of Berlin – and Islam is thereupon deemed violent, misogynist and not capable of integration.

But let's turn the tables for a moment. In Europe, drunken husbands beat their wives, new-borns are found in dumpsters, fathers sexually abuse their own children and priests violate boarders at Catholic schools; women are not allowed to hold ecclesiastic office but are gladly seen posing half-naked to sell fast cars – Christianity is immoral, brutal, misogynist and leads to paedophilia. Anyone who finds these examples exaggerated, impertinent and unfair will perhaps begin to understand how Muslims have perceived the public discourse on Islam for years: as exaggerated, impertinent and unfair.

Unfortunately, when we look at the others, we no longer see what is most important: their normalcy. The completely normal life led by millions of people everywhere in the world who just want to be healthy and happy, to live in freedom and without fear, to have family, friends and a secure existence. Muslims, too, do things because they are poor or rich, educated or uneducated, powerful or oppressed, because they live in the country or in the city, because their parents are academics, workers or farmers. And by no means just because they are Muslims. The same goes for other countries and societies. 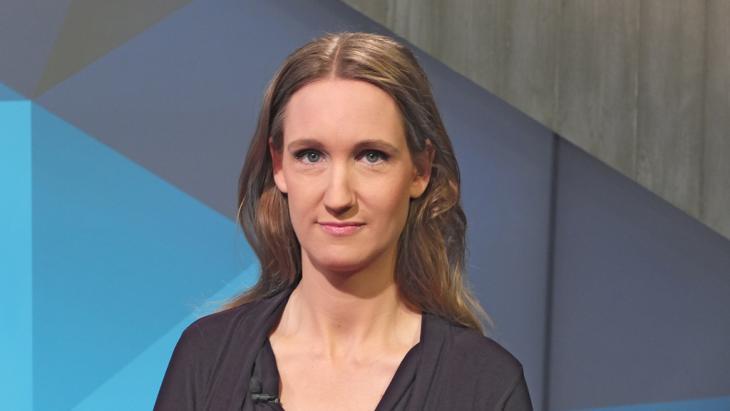 Political scientist and journalist Kristin Helberg was the only officially accredited western correspondent reporting on the Arab and Islamic world from Syria between 2001 and 2008. Her book "Verzerrte Sichtweisen – Syrer bei uns" (English: Skewed perspectives – Syrians among us) is published by Herder

If we want to understand why dictators and authoritarian regimes prevail in parts of the Islamic world, why women do not enjoy equal rights, why wars and conflicts break out, why corruption and the amassing of personal wealth hinder economic progress and prosperity, why many well-educated young people are out of work and so few books are published, we should look at socio-economic developments, arbitrarily drawn colonial borders, politics conducted according to Western interests, social contexts and patterns of cultural behaviour – and not only at religion.

When dealing with Islam, we must learn to differentiate, so that we can reflect on what has made Europe great over the last 60 years: our liberal constitutions, which grant all people equal rights – no matter where they come from or what faith they profess. No one should be given preferential treatment or discriminated against based on his or her origin or religion. Anyone who thinks Christians or refugees from "our cultural circle" should be given a privileged immigration status already violates the tenets of our constitution, just like those who want to impose a general prohibition on mosques or headscarves.

The attempt by right-wing nationalist forces to glorify Germany, for instance, as a homogeneous nation of people of like origin and to prescribe a collective German identity leads directly back to the past. Society is constantly changing and each of its members has the right to help shape it. Only once everyone can be anything they want to be – when a woman wearing a headscarf can become a government minister and someone named Ahmad a constitutional judge – will we have evolved from being screwed-up countries of immigration to successfully integrated societies.

Home
Print
Newsletter
More on this topic
Rafik Schami on integration: ″To the haters, they′re all faceless Muslims″ Nine Muslims on right-wing populism: Should I stay or should I go?Islam and homophobia: The hatred on our doorstep
Related Topics
Criticism of Islam, Freedom of religion, Integration in Germany, Islam in Germany, Islamophobia, Muslims in the West, Right-wing populism
All Topics

Award-winning poet Dincer Gucyeter’s debut novel is a tour de force through the German reality he experienced as an artist and son of Turkish immigrants, written with an unsparing ... END_OF_DOCUMENT_TOKEN_TO_BE_REPLACED

Sudanese protesters have been calling for the removal of German diplomat Volker Perthes from the UN mission to the country. Despite the fractious nature of post-dictatorship ... END_OF_DOCUMENT_TOKEN_TO_BE_REPLACED

We are in favour of human rights. But One Love armbands are self-righteous and ignore some fundamental issues. Stefan Buchen examines the debate surrounding the World Cup in Qatar END_OF_DOCUMENT_TOKEN_TO_BE_REPLACED

Education for girls and women is still possible in Afghanistan, says Reinhard Eroes of the Kinderhilfe Afghanistan initiative. In interview with Elisa Rheinheimer, he talks about ... END_OF_DOCUMENT_TOKEN_TO_BE_REPLACED

In Doha, Arabs from Morocco, Tunisia, Egypt and Algeria are gathering to celebrate the first ever FIFA World Cup to be held on Arab soil. The criticism from Europe? Over the top, ... END_OF_DOCUMENT_TOKEN_TO_BE_REPLACED

Canan Topcu came from Turkey to Germany as a child. In her essay, she describes how bothered she was by the racism she encountered in her country of origin when she travelled ... END_OF_DOCUMENT_TOKEN_TO_BE_REPLACED
Author:
Kristin Helberg
Date:
Mail:
Send via mail

END_OF_DOCUMENT_TOKEN_TO_BE_REPLACED
Social media
and networks
Subscribe to our
newsletter