Skip to main content
Theatre in the West Bank

Most of them have never been outside their refugee camp on the West Bank. But now the Palestinian theatre students of the "Freedom Theatre" are discovering Germany and Austria. Kristin Hendinger went to see their most recent play, "Fragments of Palestine"

​​"Freedom Theatre" is a unique theatre project. It was founded on the West Bank by the theatre director Juliano Mer-Khamis, the son of Arna Mer, a Jewish woman who received an Alternative Noble Prize for her work in setting up a children's theatre in the Palestinian town of Jenin.

Her son is carrying on his mother's work, and is currently touring with his students through 25 towns in Germany and Austria with a piece called "Fragments of Palestine."

Reflections of life in Jenin

A wedding. Men are dancing unrestrainedly. Women join them in the celebrations. Suddenly the sound of soldiers' boots is heard. And the Israeli occupation forces trample the wedding guests to death. That's the first episode in "Fragments of Palestine."

Fourteen students from the "Freedom Theatre" acting school in Jenin have developed this short sequence together their teacher and the head of their theatre, Juliano Mer-Khamis. He explains that the play reflects their daily lives.

It tears at one's heart to let oneself enter this alien world. There's no stage set, because there's no need for one. The young actors' performances are vivid and dynamic, their movements full of a power which makes one's flesh crawl. The music calls up pictures which one knows from television – of oppression, hate, violence, but also of the hope of peace. Mer-Khamis allows the acting to work without words. It's the bodies which do the speaking in time to the music.

"The children should communicate feelings," Mer-Khamis says. "In our real lives, we kill our feelings, so that, for example, men aren't allowed to cry." But it's scarcely possible to survive life under these conditions without feelings. "We have to live with the occupation, with many dead, and with poverty," he adds. "So it's the emotions which drive the theatre performance."

And it's easier to communicate with the body than in a foreign language. That, says Mer-Khamis, allows the audience to find their own way to view the work.

"To be an actor in Palestine is seen as a disgrace" 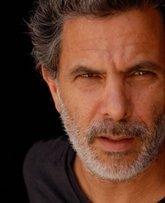 Juliano Mer-Khamis: "For a woman in Palestine, acting is seen as close to prostitution"

​​Juliano Mer-Khamis is the son of a Jewish woman and a Palestinian man. His mother Arna went to Jenin – a Palestinian town with a refugee camp in which 12,000 people live, surrounded by a wall which is controlled by Israeli troops – where she created a little oasis: a children's theatre.

Her son is carrying on her work with his "Freedom Theatre," which is now both a centre for activities for children and young people, as well as a theatre school. Juliano Mer-Khamis's students all come from the refugee camp.

"It's hard to win over the students," he says. "To be an actor in Palestine is a disgrace, and, for a woman, it's seen as close to prostitution." With their commitment, his students take over a pioneering role in society, he adds. They are fighting for a free culture. "They make a dream come true, and thereby have a great deal of responsibility, more than other students elsewhere in the world."

Juliano Mer-Khamis has often been attacked for his activities. He's received death threats and has been accused of being a terrorist. But he refuses to let himself be frightened. "I believe that one day there will be many children who, like me, have parents of both nationalities or religions," he explains.

"That for sure is a nightmare for many Israelis and Palestinians, as is the prospect of living together in one state. But if that's not possible for us in the future, then we will kill each other instead."