Thilo Sarrazin's theories have highlighted the fact that racism in Germany is not exclusive to the extreme right but can also be found in mainstream society. Human rights expert Hendrik Cremer is convinced that politicians must address the problem

​​Deutschland schafft sich ab. Wie wir unser Land aufs Spiel setzen, which roughly translates as "Germany is digging its own grave: How we are gambling our country", is the title of Thilo Sarrazin's book, which was published this week. As a member of the board at Germany's central bank, the Bundesbank, Sarrazin holds a very prominent public position. Initial published extracts from his book show that Thilo Sarrazin is picking up where he left off in the past.

For some time now, he has set himself the task of using his public statements to divide German society along "them-and-us" lines. He subdivides the "them" group into other groups such as "Turks", "Arabs" and, on occasion, "Muslim migrants". To the members of these groups he then ascribes negative characteristics in a generalising, derogatory manner.

Nevertheless, Sarrazin rejects the charge that he is caught in racist thought patterns. Yet the style he employs is not untypical of the methods used to disseminate such attitudes. He laments the walls of political correctness while at the same time launching racist verbal attacks.

The issue of racism is rarely addressed

In Germany, the term "racism" is often associated with the crimes against humanity committed by the National Socialists. Moreover, it is often only employed in conjunction with the politically organised extreme right.

​​The use of a term such as "xenophobia" in court, for example, leads public prosecutors or judges to speak of "xenophobic" motives for a violent act when making assessments during criminal proceedings. In this way, language exposes the victim of physical violence to yet more marginalization. This example shows that in Germany, a country of immigration, not enough thought is given to racism and its current manifestations.

In Germany, the prevailing narrow understanding of the term "racism", which is not sufficiently discussed and debated, has other practical consequences. Not enough attention is being paid to incidents of racism in everyday life that do not cross the threshold into violence and structural discrimination in the field of education or on the labour market.

Of course, the stereotypes, marginalization and discrimination that exist in democratic societies cannot be equated with the systematic and monstrous crimes committed during the National Socialist era. However, restricting the definition of racism to right-wing extremism completely ignores the state of academic research and the debate about racism at European and international level, where the definition of racism has been wider for quite some time now.

UN calls for a broader approach

​​The fact that the definition of racism in Germany is too narrow has been criticised in recent years by several international bodies that are fighting racism. The UN Committee on the Elimination of Racial Discrimination, which monitors the implementation of the UN Convention on the Elimination of all Forms of Racial Discrimination, recommended in 2008 that Germany should broaden its definition of racism and its approach to fighting racism.

In 2009, the Council of Europe's Commission against Racism said much the same thing. More recently, the UN Special Rapporteur on Racism arrived at a similar conclusion in his report on Germany, which he presented to the UN Human Rights Council in June of this year.

At least initial steps have been taken in this regard. For example, in its action plan against racism dated October 2008, the German government acknowledged that racist attitudes and stereotypes also exist outside the extreme right wing and that the fight against racism cannot be restricted to the fight against right-wing extremism, but must be widened to society as a whole.

Marginalization of anyone who is "different" 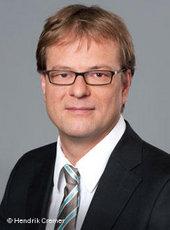 ​​To be racist, one does not necessarily have to subscribe to a specific body of thought based on theories relating to origin or heredity. Although race theories are propagated on the basis of such biological criteria, patterns of racist argument – not only in Germany, but elsewhere too – are increasingly being applied on the basis of different "cultures", "nations", "ethnicities" or "religions". One characteristic feature of racism is the identification of supposedly homogenous groups and the attribution of certain properties to every member of that group.

This does not necessarily go hand in hand with an explicit application of a hierarchical system or degradation. The creation of groups according to the "them-and-us" principle with the sole aim of marginalizing "them" ("they are different, we don't want them here") can also lead to serious marginalization.

The importance of a broad debate

As a signatory to the UN Convention on the Elimination of all Forms of Racial Discrimination, Germany has entered into obligations that comprehensively restrict state violence. The convention also contains obligations to fight racism in the political sphere and in public life.

The reasoning behind this is that it is not enough to commit once to upholding human rights; human rights must be lived, practiced and defended. The scale of discrimination and racism in a society ultimately depends on the convictions and attitudes of the people who live in it. In this regard, politics, the state and its institutions have an important role to play in terms of setting standards.

It also means that politicians or other representatives of the state must address racism in the public sphere and stand up against it. Anything else would counteract the integration policy, which is now considered right and necessary in Germany. For this reason, we should welcome the fact that the chancellor has rejected Sarrazin's remarks as simple and stupid blanket judgements that are incredibly hurtful and insulting.

What's more, any reaction must not be restricted to a straightforward rejection of Sarrazin's theory. It should be taken as the starting point for a broad debate about the definition of racism in Germany.

Hendrik Cremer works at the German Institute for Human Rights in Berlin.

END_OF_DOCUMENT_TOKEN_TO_BE_REPLACED
Social media
and networks
Subscribe to our
newsletter