Just at a time when the integration of immigrants is showing signs of success, an inflamed debate on the issue has broken out. This is proving to be a cause of irritation for those in Germany's middle-class intellectual society, who hardly ever come into contact with immigrants, claims Daniel Bax in his commentary 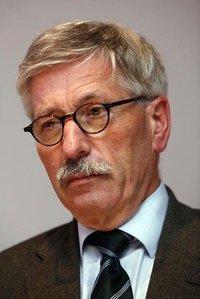 Against the trend: Thilo Sarrazin has discovered an unwillingness by Muslims to integrate at a time when "the first signs of success can be seen in the integration of immigrants," writes Daniel Bax

​​ When the imam Yakup Tasci made disparaging remarks against Germans in a sermon given at the Mevlana Mosque in Berlin-Kreuzberg in November 2004, the consequences were not long in coming. This was because a ZDF television camera team happened to be present and later broadcast excerpts from his sermon. Among other things, Tasci complained about how "Germans were of little use" and claimed that their sweat "had a foul odour", because they hardly ever washed. After his hate tirade became public, his association, the Islamic Federation, immediately suspended him from all his offices.

However, at this point the parallels to the Sarrazin case come to an end. The Berlin immigration authorities regarded this sermon and another hate tirade as grounds to expel the then 59-year-old imam from the country. In 2005, after 34 years of living in Germany, he was forced to pack his bags.

No newspaper referred to this as an "exorcism", like the "Welt" newspaper now does with respect to Thilo Sarrazin, or started a "campaign for free speech", as is currently seen in the "Bild" newspaper. Even Berlin's Senator of the Interior Ehrhart Körting did not speak of a "witch hunt" at the time. On the contrary, Körting clearly expressed his satisfaction with the expulsion of the imam.

One can only draw the conclusion that, in Germany, it makes a huge difference as to who is being run down by whom. While a clear line has been drawn against Islamist loudmouths, the German public has shown remarkable indifference to the type of parlour racism long espoused by Thilo Sarrazin. The German Central Bank board member even had the opportunity to take his crude theses, which he already presented in an interview last year, and expand them into a book, before the public finally lost patience with him.

German politicians finally reacted decisively and thereby sent out a clear signal, marking a turning point. Chancellor Merkel, the leader of the opposition, Sigmar Gabriel, and the rest of the political class are nonetheless confronted with the fact that Sarrazin's views enjoy a great deal of support among the anxious middle class. This anxiety is, in part, understandable. German society finds itself undergoing a profound transformation, which has altered the appearance of whole city districts. Nowadays, one even sees women wearing headscarves at the orchestra. 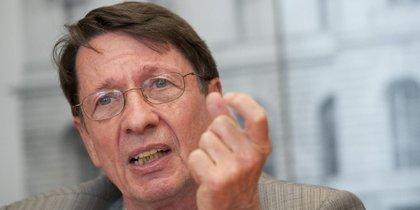 "In Germany, it has long made a huge difference as to who is being run down by whom," says Daniel Bax. The clear position taken by many prominent politicians like Berlin's Senator of the Interior, Ehrhart Körting (pictured), against Sarrazin's views therefore marks a "turning point" in culture of public debate here

​​ Among the educated middle-class in Germany, which hardly maintains any contact with immigrants with the exception, at best, of their Polish cleaning ladies, this situation is a cause of irritation. With his evocative invocations of the old West Germany, Sarrazin makes use of a nostalgic yearning for a past that never really existed.

It is nevertheless conspicuous that the debate on the integration of immigrants has escalated just at the moment when integration is finally showing some success. The number of arranged marriages in the 1980s was far greater than it is today. Violence committed by immigrant youths existed then as now. Successful biographies among immigrants, however, used to be a rare occurrence. Instead, Günter Wallraff wrote back then about the plight of Turkish former guest workers in his bestseller "Ganz unten" (Lowest of the Low). Yet, the further immigrants move up the social ladder, the more the German middle-class attempts to distance itself from them.

An appetite for pessimism

Germany, in contrast to France and the USA, has until now been spared any "racial unrest", and true "ghettos" are also absent from the German landscape. Even Berlin-Neukölln can in no way be compared to the French banlieues or poverty-stricken urban areas in the USA. Then what is prompting this appetite for pessimism in Germany?

"A pluralistic society requires more than just binding guidelines as to how immigrants and the established population should behave. It also needs to know which points of view are acceptable – and which are not," says Bax

​​ Sarrazin is indeed correct in his observation that almost all Western European countries have experienced problems with immigrants from Muslim countries. A quick glance at other countries with a high level of immigration, such as the USA and Canada, shows, however, that these problems have very little to do with Islam. A lack of education and high unemployment, family violence, and youth criminality are all traditional problems of the lower class.

Parallel debates in the USA

The political debates differ correspondingly. There have been attempts in the USA to base the inability of a minority to climb the social ladder as the result of a supposed lack of intelligence. "The Bell Curve" is the title of a controversial book published in 1994 by two American academics, which enflamed debate in the USA on racism and social segregation.

Harvard researchers Charles Murray and Richard Herrnstein concluded, on the basis of studies showing black Americans possessed an average IQ level lower than white Americans, that single mothers should not receive any social assistance, as this would encourage women with low intelligence to have more children. It is not difficult to recognize here the blueprints for Sarrazin's theses on Muslims.

​​ Another book that exhibits parallels to Sarrazin's bestseller is Samuel Huntington's rabidly anti-multicultural manifesto "Who Are We?" published in 2004, in which the neoconservative Harvard political scientist expressed his fears that his country was being swamped by foreigners. In his case, however, it is the Latino immigrant that lacks the desire to integrate and who poses a danger to the Protestant, Anglo-Saxon majority culture in his country.

It is glaringly obvious that the lower class in Germany has become multi-ethnic. Little is done towards solving their problems by simply ascribing them to ethnicity or religion. And it doesn't really matter whether Henryk Broder feels somewhat flattered when Thilo Sarrazin attributes to him a higher intelligence than Necla Kelek on the basis of his genes.

A pluralistic society requires more than just binding guidelines as to how immigrants and the established population should behave. It also needs to know which points of view are acceptable – and which are not. The Sarrazin affair has provided us with greater clarity. What is so surprising now is all the self-pity being expressed by those who are otherwise so quick to lament "too much tolerance towards intolerance".

Daniel Bax is editor of the opinion and debate section of the "taz" newspaper. He frequently focuses on debates in Germany concerning Islam and integration as well as the new right-wing populism in Europe.

Thilo Sarrazin and His Comments on Muslims' Intelligence
"Racism Is Not Only Found on the Right"
Thilo Sarrazin's theories have highlighted the fact that racism in Germany is not exclusive to the extreme right but can also be found in mainstream society. Human rights expert Hendrik Cremer is convinced that politicians must address the problem

Germany's Current Debate on Islam
The New Cold War
Germany's debates on Islam are becoming ever more caustic and confusing. Islamic Studies expert Stefan Weidner explains the background to the debates, to help neutral observers to find their way around

END_OF_DOCUMENT_TOKEN_TO_BE_REPLACED
Social media
and networks
Subscribe to our
newsletter