If pushed to sacrifice showering, cooking, drinking or raising his chickens, Tunisian farmer Saeed Barhoumi said he would first forgo showering. It is a decision that he and his family frequently face.

The closest source of clean water is a collective tap that is a 4-km walk away from their isolated home on an arid plain in the northern region of Kairouan.

No pipes or roads run to their house and they are not serviced by the volunteer-run collectives, known as Agricultural Development Groups (GDA), who are tasked with bringing water from wells to more than half the region's inhabitants.

"We used to grow much more wheat, we used to plant tomatoes, but we don't have (enough) water," said Barhoumi, overlooking the dusty hills stretching out in front of his doorstep.

Tunisia: The troglodyte dwellings of Matmata

The Berber village Matmata in southern Tunisia is famous for its quaint underground houses and cave dwellings, which are pleasantly cool in summer and comfortably warm in winter. 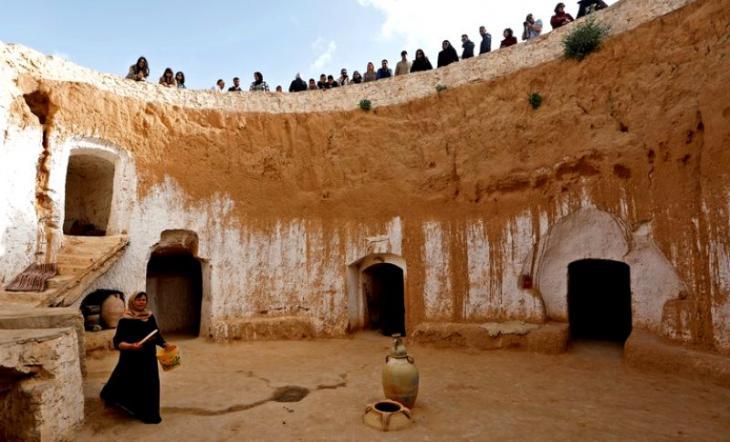 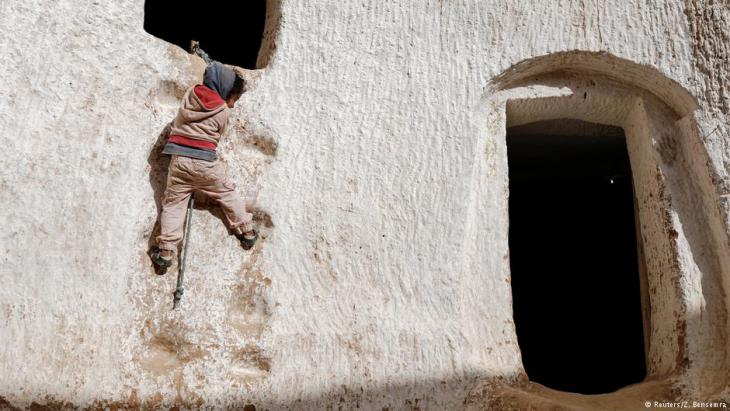 Ahlem, four, climbs up a wall to reach her rabbit's hideaway at her troglodyte house on the outskirts of Matmata 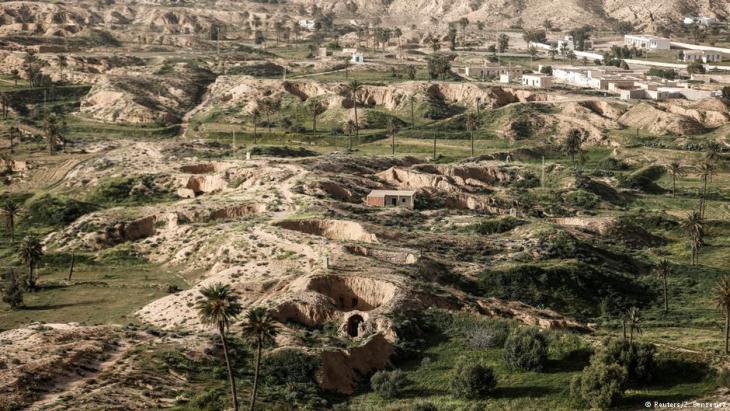 A general view of troglodyte houses in Matmata, a Berber village in southern Tunisia 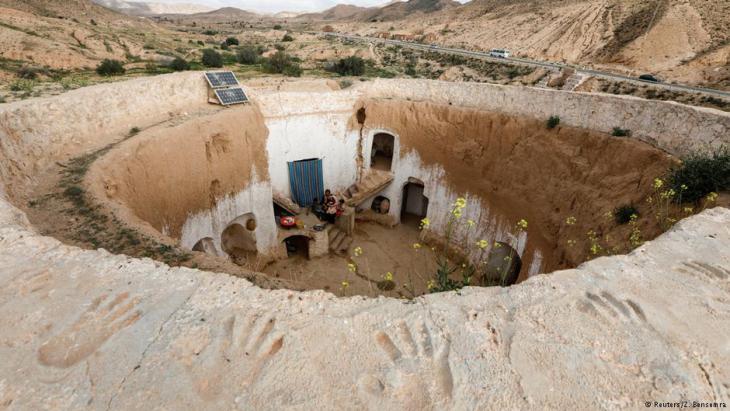 Saliha Mohamedi, 36, sits with her children at their troglodyte house on the outskirts of Matmata, Tunisia. "I don't want to leave my house, it would be as if I was throwing my life and my traditions away," she says 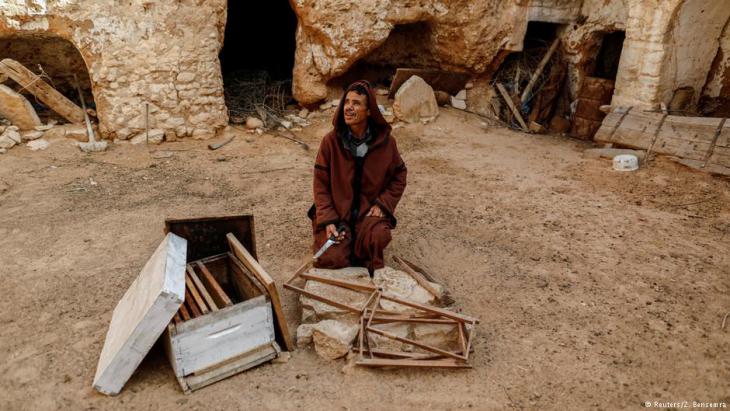 Mustapha, a 54-year-old farmer, sits in the corridor of his family's troglodyte house which has been converted to a warehouse 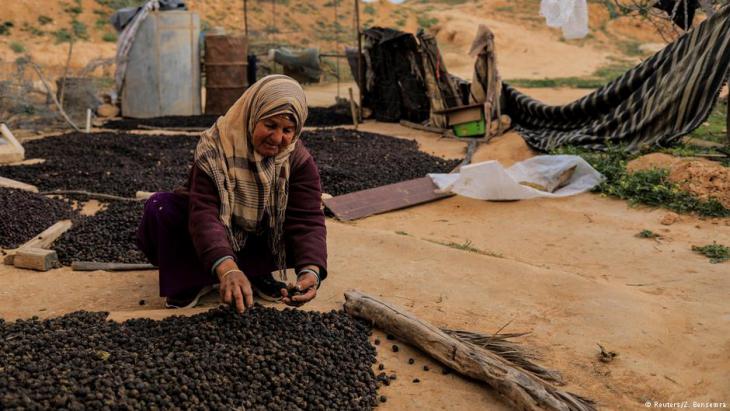 Aicha, 64, lays olives out to dry on the outskirts of the Tunisian village of Matmata 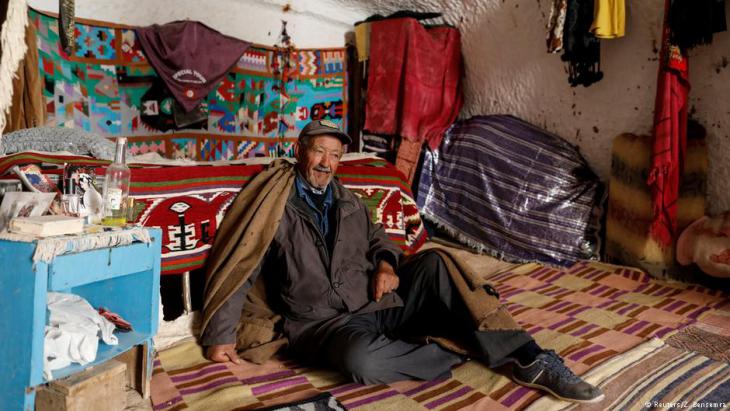 Tayeb, 76, sits inside his troglodyte home in Matmata, Tunisia. "Our home was open for tourists to visit, but now with the lack of tourists we don't earn anything. I don't want to leave my house, it's where I grew up," says Tayeb 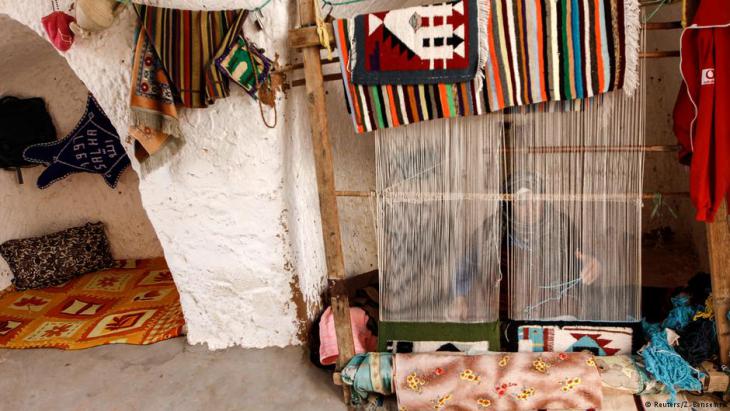 Mounjia, 60, weaves a carpet at her troglodyte home in Matmata. "I don't want to leave my troglodyte house for a modern one, we could buy everything but not the peace of mind," says Mounjia 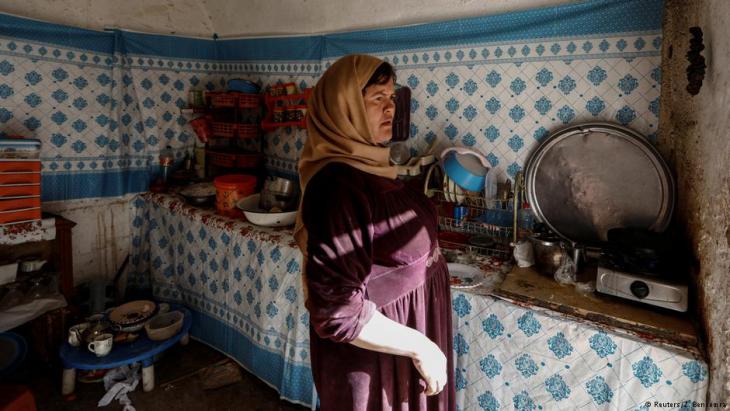 Saliha Mohamedi, 36, looks out from the kitchen of her troglodyte house on the outskirts of Matmata, Tunisia 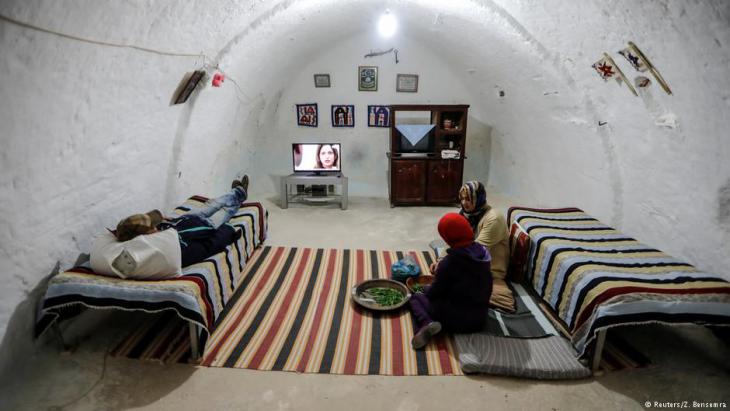 Samar, 18, and Latifa Ben Yahia, 38, (C) shell peas as their brother watches television at their troglodyte house on the outskirts of Matmata 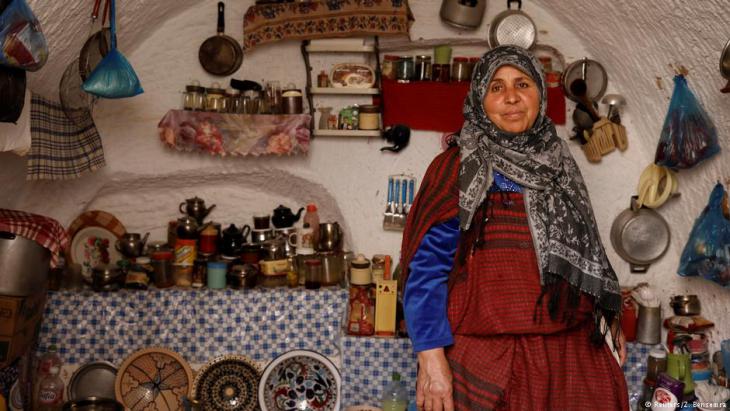 Mounjia, 60, poses for photographs in the kitchen of her troglodyte house in Matmata 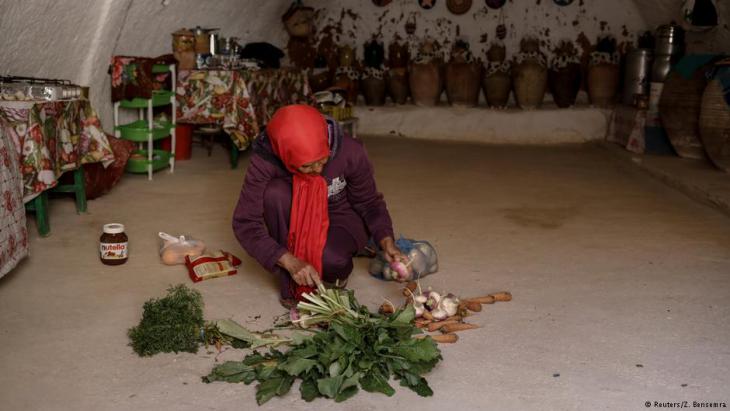 Latifa Ben Yahia, 38, prepares vegetables to cook in the kitchen of her troglodyte house in Matmata, Tunisia 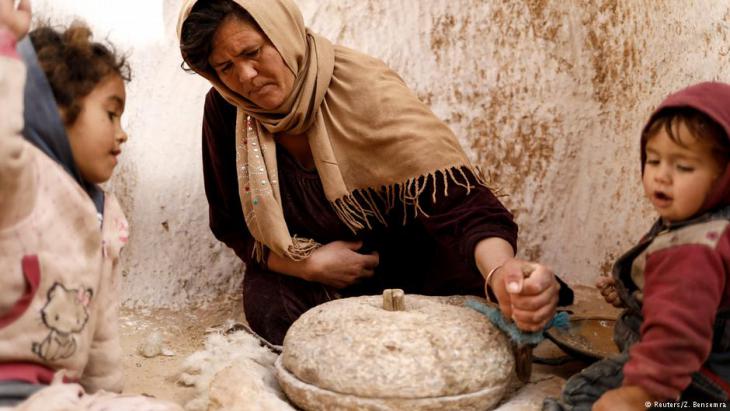 Saliha Mohamedi, 36, grinds wheat at her troglodyte house on the outskirts of Matmata, Tunisia

In 2018 more than 94% of Tunisians had access to water, either through the national supplier or the GDA, according to official figures. But Alaa Marzougui, co-ordinator at the non-governmental organisation Nomad08 for socio-economic and cultural rights, estimates the real number is significantly lower.

Due to random cuts to water supplies, debt and management issues with the GDAs and the poor quality of water that runs from the taps, Marzougui said about three-quarters of the population have problems accessing clean water.

Data from the ministry of agriculture shows the total amount of water available in the country can provide 420 cubic metres per person per year, making it a "very water scarce country" by U.N. water standards.

The country's irregular rainfall patterns are accentuated by climate change, with periods of droughts and record high temperatures oscillating between torrential rain and floods, according to the agriculture ministry. The latest government figures also reveal that poor infrastructure means in some regions about half of water is lost before it even reaches the tap.

"We monopolise more than 90% of our water - what we have we are already using," said Imen Louati, research officer at the non-governmental Tunisian Economic Observatory (OTE).

In Kairouan, water drains a quarter of the Barhoumi family's monthly budget. Eleven plastic cylinders of varying heights sit in their courtyard, storing water for use by 11 people, as well as a small wheat crop and some chickens.

It is mostly women who carry the burden of fetching water, said Minyara Mejbri, regional coordinator of the Tunisian Forum for Economic and Social Rights in Kairouan.

"They might spend the whole day working in the field, then prepare dinner, then take the container to the communal tap, where they often have to queue for one hour," she said.

In 2015, Barhoumi's nine-year-old daughter Ahlem killed herself, a tragedy that the family puts down to the remoteness of their home and the lack of resources, including water.

"She dreamt of another life, to live near her school," said her grandmother, Massouda, who had walked with Ahlem to collect 20 litres of rainwater that day. "Here, she has no shower, no friends, all her dreams are elsewhere."

During the Eid ul-Adha holiday in August, as families gathered in the scorching heat to feast and celebrate, many regions experienced cuts to their water supply for three days, sparking protests and road blockages.

"It is annoying, but we're used to it now," said Lamia Smaine Dhib, a housewife on a farm in Kelibia, one of the towns affected.

"We need a lot of water during Eid - for cooking, showering, for washing the intestines of the sheep," she said, referring to the traditional method for preparing meat during the holiday.

"The infrastructure is bad, we lose water in the distribution network. The summer months are peak tourist season, so there is a lot of water consumption," said Louati of the OTE. "And because of climate change, the availability of water varies more than before."

In search of solutions

"We are facing a fait accompli - we need to make do with what we have and it is only going to become less (water)," said Rafik Aini, co-ordinator of the committee and senior negotiator in climate change at the agriculture ministry.

Tunisia's new Water Code, which was approved by ministers in September and is waiting to be debated by parliament, includes climate change as a factor to be considered in water policy decisions, unlike the original 1975 code.

In addition to repairing the water network, Aini told journalists that the government's 2050 strategy for water will involve desalination projects powered by renewable energy. But desalination, which removes salt from both sea-water and groundwater, "does not solve the problem", said Tunisian water expert Raoudha Gafrej.

"It costs a lot of money and there is still (more) water lost through the network (than desalination stations are projected to produce)."

There is also an environmental cost. In January, a study by the U.N. University Institute for Water, Environment and Health (UNU-INWEH) warned that the global levels of surplus salty brine produced by this method were 50% higher than previous estimates.

Desalination would also have "profound impacts" on the sea ecosystem, where this waste is mostly dumped, the report found.

In tackling Tunisia's water crisis, the "politics of agriculture needs to change," said Gafrej. "With precious and rare water, we do not have the right to produce certain cultures like watermelons."

Currently, about 80% of Tunisia's natural water resources are used for agriculture, according to last year's government figures. Thirsty crops like oranges, watermelons and tomatoes are grown for export abroad, mostly to Europe.

In intensive farming regions, like Kairouan, groundwater is being extracted at a faster rate than the underground supply is renewed, as well as from non-renewable groundwater sources.

A government report noted that these resources are exploited up to 400% in certain regions.

Aini agreed that decisions about what crops should be grown are important but "this is for the new government (elected on 6 October) to decide."

For Marzougui from Nomad08, it is one of several decisions about how Tunisia uses water that are becoming more urgent by the day.

"We export almost everything and with very little added value," he said. "Even if we have the water (for now), we need to think about the future generation and sustainability."    (Thomson Reuters Foundation)