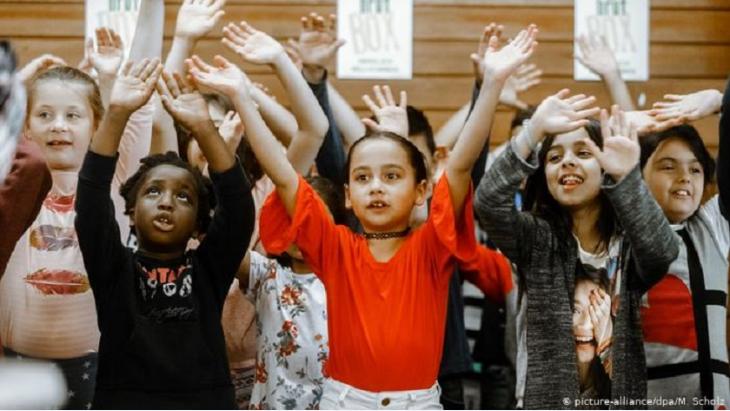 German unity is usually viewed from a purely white perspective – white East Germans reunited with white West Germans. As a result, millions of people from immigrant families feel excluded from the Day of National Unity celebrations on October 3. Ferda Ataman asks: how do we create a more inclusive unity?

Because of our history, we do not have a particularly strong tradition of civil-religious holidays and national celebrations in Germany. Most holidays are Christian-religious or international, like New Year's Day or Labour Day. October 3 is an exception: on this one day, the Day of German Unity, we in Germany have been celebrating ourselves for 30 years. But who is this "we"? Who are we talking about on this day of remembrance and whose unity are we talking about?

According to the Duden dictionary, the term "unity" stands for a "self-contained wholeness / solidarity". That fits quite well, because for many people from immigrant families, German unity feels like a closed society from which they are excluded. The "establishment of the unity of Germany", which was contractually regulated between the GDR and the Federal Republic, was understood by many people as a unity of the German people. And this "people" did not mean a democratic sovereign, but an ethnic club.

You may also like: Increasingly diverse and colourful – Germany, land of immigration

In other words, German unity is usually viewed from a purely white perspective – white East Germans reunited with white West Germans. But the fact that there were also millions of people from immigrant families on both sides is usually neglected. It also goes unmentioned that for many people, reunification had racial connotations.

After the tears of joy, the turning point proved to be a time of devaluation for foreigners and People of Colour. Many were made to feel daily that they were no longer wanted. Until 1990, migrants in both parts of the country played a decisive role in developing the economic strength needed to shoulder the burden of reunification. Nevertheless, they were clearly the losers in a united Germany.

When looking back at reunification, little attention is paid to the fact that the years that followed were accompanied by racist riots. In East Germany, for example, there were the pogroms of Hoyerswerda (1991) and Rostock-Lichtenhagen (1992) or the deadly "Hetzjagd von Guben" (1999). In western Germany, the arson attacks in Mölln (1992) and Solingen (1993), among others, took place. The mood shifted dramatically back towards the racial and nationalistic. Unity remains incomplete if such experiences go unremembered.

We need a culture of remembrance that recognises and appreciates the diversity of the population. This means that post-migrant perspectives must also be made visible in textbooks, museums, monuments and state records. Germany must finally show itself to be more inclusive than before. 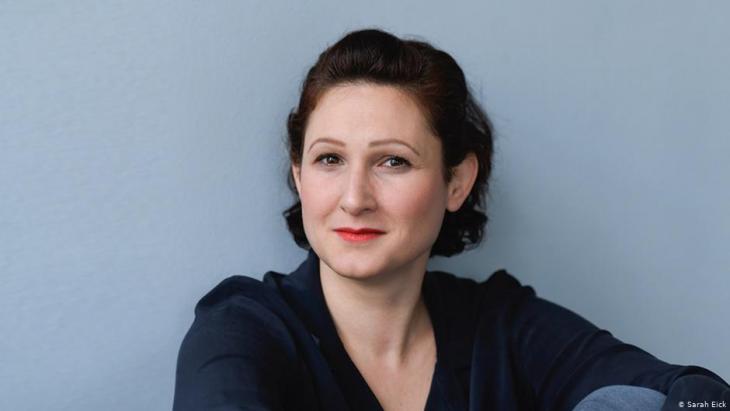 Pleading for a new narrative of unity: "Our society is marked by division, reunification and continuous migration. What unites us all is the German language, the laws and our constitution. Together we are Germany"

"Unity in diversity", a guiding principle adopted by Canada as a country of immigration, but also by the European Union, provides the perfect answer. We need unity without uniformity, commonality in diversity.

In short: we need an October 3 that does without nationalism and tribal fripperies. It is high time National Unity Day became a democratic diversity day celebrating the diverse society that Germany is today.

For "we" have long since become a pluralistic republic. Since the citizenship reform of 2000, even Ibrahim and Trang are born German. What we are missing after 30 years is a new narrative of unity that involves and includes everyone. For example: "Our society is marked by division, reunification and continuous migration. What unites us all is the German language, the laws and our constitution. Together we are Germany".

Ferda Ataman is a journalist and author. She is co-founder of the »neuen deutschen organisationen«, a nationwide association of post-migrant initiatives against racism and for diversity. 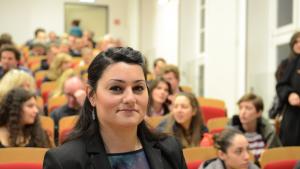 Lamya Kaddor is a frontwoman for liberal Islam in Germany. The Islamic studies teacher has received numerous awards for her dedication. But she also faces hostility from many ... END_OF_DOCUMENT_TOKEN_TO_BE_REPLACED

Investigations by German federal prosecutors into the evidence of chemical warfare in Syria are ongoing. Deutsche Welle and Der Spiegel gained exclusive access to witnesses and ... END_OF_DOCUMENT_TOKEN_TO_BE_REPLACED

Koshary is probably the most popular street food in Cairo. The Egyptian national dish, which consists of chickpeas, noodles, lentils, rice and tomato sauce, also lends its name to ... END_OF_DOCUMENT_TOKEN_TO_BE_REPLACED

Omid Nouripour fled Iran for Germany with his family at the age of 13. Today, he is foreign policy spokesman for Germany’s Green Party. He argues that societal differences should ... END_OF_DOCUMENT_TOKEN_TO_BE_REPLACED

END_OF_DOCUMENT_TOKEN_TO_BE_REPLACED
Social media
and networks
Subscribe to our
newsletter