"There is no right to hate"

In his critically acclaimed novel September. Fata Morgana, Thomas Lehr lends a voice to two families – one in the US and one in Iraq – on 9/11 and its consequences. To do so, he embarked on an intensive study of Islam and the Middle East. Katy Derbyshire read the book

In his critically acclaimed novel September. Fata Morgana, Thomas Lehr lends a voice to two families – one in the US and one in Iraq – on 9/11 and its consequences. To do so, he embarked on an intensive study of Islam and the Middle East. Katy Derbyshire read the book

"Thomas Lehr is known for his complicated and linguistically sophisticated novels, which often link science and philosophy," writes Katy Derbyshire

​​September is a highly sophisticated work of literature. Thomas Lehr abandons almost all punctuation and lets his characters tell their stories in a long flow, digressing, reliving positive and traumatic moments, weaving in their own poems and literary quotes.

Yet the strong rhythm of his narration perfectly matches his four narrators' desperate state of mind. The characters enter into a literary dialogue, even though they never actually meet. Or do they?

It is these lovingly drawn characters that carry the entire book. The first of them is Martin, a German-American academic who loses his daughter Sabrina and his divorced wife in the plane attack on the Twin Towers in New York.

Sabrina herself is another of the narrators, alongside her contemporary Muna in Iraq and Muna's father, Tariq, a doctor with strong western influences. The metaphorical bracket that holds together both the two men and the novel itself is this: Tariq also loses his wife and daughter in a terrorist attack, this time on a Baghdad market square in 2004. 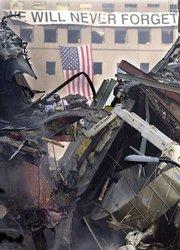 Thomas Lehr was so appalled by the 9/11 attacks that he set about finding out as much as he could not only about the Middle East, but also about the Iraq War

​​Thomas Lehr might not be the first writer who springs to mind when it comes to intercultural dialogue. Born in the historical town of Speyer in 1957, he studied biochemistry and started his career as a programmer. He has been writing full-time since 1999 and is known for his complicated and linguistically sophisticated novels, which often link science and philosophy.

After 9/11, however, as Lehr told an interviewer from Deutschlandradio, he dealt with his shock by collecting material on the subject, which later extended to the Iraq war.

The Islamic scholars Stefan Weidner and Angelika Neuwirth gave him advice and reading material and he visited Syria and Jordan (Baghdad, Thomas Lehr explained elsewhere, was too dangerous). The most important source of inspiration, he told me, was regular meetings with Iraqis in exile in Berlin, which led to a close friendship with the great Iraqi writer Fadhil al-Azzawi.

Evading the traps of Orientalism

With this material in hand, Lehr devoted three years to writing a sensitive and moving dual portrait of two families in the USA and Iraq, between September 2001 and September 2004, which enabled him to write a novel that evades all the traps of Orientalism in an exemplary manner. 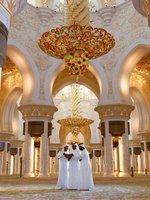 "Lehr consciously plays with western images of an exotic Orient. He lays out his clichés as bait for the reader, only to drag us kicking and screaming into the violent reality of Baghdad," writes Derbyshire

​​ The two daughters have a mysterious connection: as a girl, Sabrina conjured up an imaginary sister, an Arabian princess, whom the real-life Muna initially embodies.

Each character tells his or her own story in alternating chapters, with Muna opening the novel with a sparkling 1001 Nights-inspired fantasy. She fabulates about lying under her grandmother's bed while her older sister is seduced by a major on her wedding night. Yet Muna is brought down to earth as the novel progresses – this very affair lands her sister in Saddam Hussein's torture chambers.

Lehr consciously plays with western images of an exotic Orient. He lays out his clichés as bait for the reader, only to drag us kicking and screaming into the violent reality of Baghdad – before, during and after the war.

Towards the end of the book, this violence takes on a terrible form once again, with Muna ending up between the fronts of Shi'a–Sunni conflict.

Violence soon finds its way into Martin and Sabrina's lives too. Almost like an omen, the student Sabrina meets a young man when an explosion goes off in her neighbourhood. On the way to spend a few weeks with him in California, she visits her mother at her office in the World Trade Center on the early morning of September 11.

Like his American counterpart in the novel, the Iraqi doctor Tariq loses his wife and daughter in a terrorist attack

​​Her father Martin is plunged into a crisis by the attack, thinking a great deal about how it could have happened. In conversation and his own desperate thoughts, he imagines the hate-driven "boys" who murdered his daughter and thousands of others.

He looks for solutions, sheds light on the turbulent history of American-Iraqi relations, researches Islamism, but finds no certain answers – other than that he has "no right to hate".

Tariq in turn has a clearer but more cynical view of life than his daughter Muna. To begin with, he treats his patients as best he can under the conditions of the embargo and later counts up the victims of Saddam Hussein and the American bombings.

Tariq shows us a society "berberised" by the war and its consequences – families huddled together, looting and kidnapping – although he had hoped the American occupation would bring improvements.

​​It is by adopting these four very different perspectives that Thomas Lehr lends his book its dialogue qualities.

"Only through expanding our own narrow mental confines and cultural perspectives do we have a chance for dialogue," he said in an interview. "The moral of the book is taking the other view. I want to give the reader the feeling of what it might be like to be on the other side."

Thomas Lehr also drew inspiration from both cultures. From American poets such as Walt Whitman and Emily Dickinson via Goethe's West-Eastern Divan to Hafez and Omar Khayyam, all the way back to the Babylonian Gilgamesh Epos, the text is dotted with fragments of poetry, raisins in a literary pilav.

September is a novel of great respect towards both American and Iraqi culture.

It closes with a series of dreamlike scenes in which the characters meet by chance – perhaps in real life, perhaps in a kind of fata morgana. And with the sobering words of an inscription in a former meeting place of cultures, Granada's Alhambra: "There is no victor but God."

Enemies of Islam in Europe and America
Hate International
It has taken a while for the virulent Geert Wilders style of hatred for Islam to get a foothold in the USA. But now the opponents of Islam are working together on both sides of the Atlantic. Thomas Kirchner has been taking a closer look

Revelations about the War in Iraq
Bloody Wartime Brutality
The Internet platform Wikileaks has published close to 400,000 files documenting torture, abuse, and the arbitrary use of force during the war in Iraq. The leaks not only document misconduct by the US army, but also the murky intrigues of Shiite death squads and American security companies. Birgit Svensson reports from Baghdad

Literary Awakening in Saudi Arabia
A Distant Echo of 9/11
Close connections between the political system and the rigid religious authority of the Wahhabis have blocked Saudi Arabia's cultural and social development for a long time. But now, the fact that most of those responsible for the terrorist attacks of 11 September 2001 came from this country has had the effect of rousing its literary landscape. By Fakhri Saleh

Dispute about Muslim Community Centre near Ground Zero
Choosing Freedom not Fear
The planned construction of a Muslim community centre near Ground Zero has really raised hackles in the USA. The protests against the project restrict the freedom of the Muslim community and hamper opportunities for dialogue. Future Rabbi Joshua M. Z. Stanton pleads the case for religious freedom

END_OF_DOCUMENT_TOKEN_TO_BE_REPLACED
Social media
and networks
Subscribe to our
newsletter