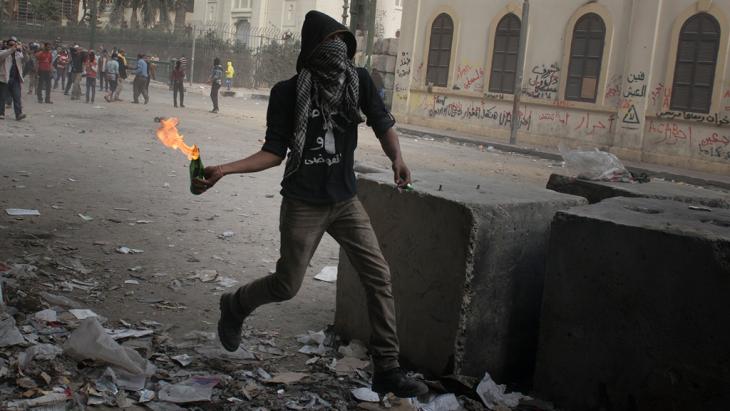 The revolutions that swept across the Arab world in 2011 could have failed for any number of reasons. However, the fact that their consequences now threaten to drag entire nations into chaos and rehabilitate tyrannous rulers three years after they were unceremoniously ousted is almost worse than if there had been no uprisings in the first place. By Günther Orth

"If the people one day will to live, then destiny will stand by them." With this line of poetry by Aboul-Qacem Echebbi, Tunisians drove out the tyrant Ben Ali three years ago. The Egyptians made do with the more prosaic slogan "The people want the fall of the regime" when they overthrew their aging autocrat just a short time later.

For their part, the Libyans had to rely on help from NATO to oust Gaddafi from power, while in Yemen, President Saleh stubbornly remained in power for almost a year before giving up his post. Even in Bahrain, people believed that demonstrations would lead to a peaceful transformation. At the very least, however, the protests of 2011 forced through reforms in Morocco, Jordan and even in Oman.

Who could have held it against the people of Syria for their attempt to achieve similar change even though they did not initially demand the departure of the Assad dynasty, which has ruled the country for 40 years?

Islamists everywhere, on the other hand, were surprised that people with a very different political agenda to theirs suddenly made up the opposition. Their silence was so conspicuous and they appeared so embarrassed by developments that it seemed as if the phantom of political Islam might just vanish like mist in the sunrise. 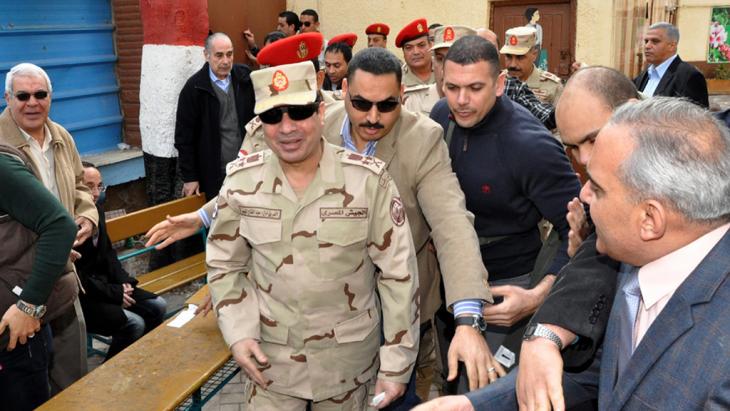 The rehabilitation of the old guard: since the military ousted President Morsi last summer, Egypt's army chief Abdul Fattah al-Sisi, who is simultaneously the vice head of government and minister of defence, is Egypt's strong man, ruling the country in the authoritarian style of Hosni Mubarak, who was chased from office in 2011

The delayed victory of the autocrats

Today, Syrians are suffering and dying in a war of the Assad regime's making, a war that is more gruesome and all-encompassing than most other wars in recent memory. Yemenis are drowning in a sea of terror and grinding poverty. In Libya, militia are terrorising the state and the people, while in Egypt, the country is threatened with political and economic collapse following the full-scale restoration of the old status quo. The only place where there is still hope that the popular uprising of 2011 might yet result in a stable democracy is the motherland of the Arab revolutions, Tunisia.

As awful as the chaos and the failure of these states are, they are far from being the worst aspect of this story. The worst of it is that tyranny has gone unpunished. The common refrain of the despots – "Either us or chaos" and "Without us, the Islamists will come to power" – have shown themselves to be true. The overthrown presidents, insofar as they still are alive, can now laugh. One can almost hear them say, "See? Nothing works without us!"

This mantra is even being repeated by those who, against all odds, have managed to hold on to power, Bashar al-Assad in particular. And the whole world nods in agreement with him, for when he is gone, the Islamists will gain control. So it doesn't matter that he has killed over 100,000 of his own people, tortured hundreds of thousands, forced millions to flee their homes, and has destroyed whole Syrian cities with his tanks and bombs. Even al-Qaida has not managed to achieve such a degree of carnage and mayhem, but when a secular president carries out such atrocities, apparently everything is all right. 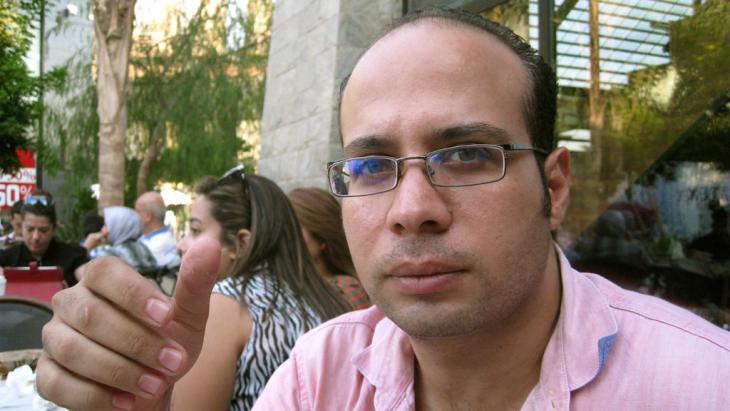 The revolution eats its children: Ahmed Maher, founding member of the Egyptian youth movement known as 6 April, was sentenced to three years in prison in December along with activists Ahmed Duma and Mohammed Adel. The three men are considered icons of the secular uprising that led to the overthrow of President Mubarak three years ago

No second or third revolution in sight

In the light of such a hell on earth, authoritarian dynasties in the Gulf region and repressive regimes in the Maghreb need no longer fear any protests in the foreseeable future. And today, when a popular military government can condemn the vanguard of the Egyptian revolution to years of imprisonment, there is no chance of a second or a third revolution.

In the end, Gaddafi was lynched by Libyan rebels. Of all things, this illegal execution is the only example of a case where punishment was meted out for decades of tyranny. For a short time, the blurred images of this event gave other tyrants cause to shudder. Today, however, no Arab regime need fear an uprising, and, after the disaster in Iraq, need worry about a US invasion.

The Arab revolutions could have failed on account of many factors, not least because they had little in the way of a programme besides a vague notion of freedom and justice. But the fact that these revolutions have resulted in whole countries being dragged into the abyss and that tyranny has been subsequently rehabilitated is a far more bitter outcome than if no uprising had taken place at all.

In this case, it seems, the destiny evoked in Echebbi's poem could not be convinced to stand by the people who rose up in revolt.

Home
Print
Newsletter
More on this topic
The Arab Spring in Historical Perspective: Revolutions Take TimeInterview with the Tunisian Philosopher Mohamed Turki: ''The Arab Spring Could Turn out to Be a Twilight of the Gods''Nine Months After the Upheaval in the Arab World: Is the Revolution Devouring Its Children?
Related Topics
Abdul Fattah al-Sisi, Arab Spring, Arabellion, Assad regime, Egypt Revolution 2011, Islam and democracy, Libya after Gaddafi, Tunisian Revolution
All Topics

Social media make many things possible – including the unwanted circulation of intimate private photos. This has given rise to new forms of crime and sexual blackmail. An ... END_OF_DOCUMENT_TOKEN_TO_BE_REPLACED

The change in U.S. president is also having an impact on the conflict between Turkey and Greece. Since the USA has started to play the Greek card, the strategic situation in the ... END_OF_DOCUMENT_TOKEN_TO_BE_REPLACED

Arab women played a leading role in the protest movement of 2011. Since then, ongoing social transformation has had a considerable impact on their lives. What is their assessment ... END_OF_DOCUMENT_TOKEN_TO_BE_REPLACED

They’ve already got the Louvre; they’ll soon have a Guggenheim Museum as well – and now the Emirates have added literature to their quest for cultural supremacy in the Arab world ... END_OF_DOCUMENT_TOKEN_TO_BE_REPLACED

Years in the making, Sisi's elite New Administrative Capital will isolate most Egyptians from their centres of government in an effort to fortify the regime against any social ... END_OF_DOCUMENT_TOKEN_TO_BE_REPLACED

Professor Timothy Brennan's "Places of Mind: A Life of Edward Said" is a detailed biography of one of the most important intellectuals of the twentieth century, taking us on a ... END_OF_DOCUMENT_TOKEN_TO_BE_REPLACED
Author:
Günther Orth
Date:
Mail:
Send via mail

END_OF_DOCUMENT_TOKEN_TO_BE_REPLACED
Social media
and networks
Subscribe to our
newsletter