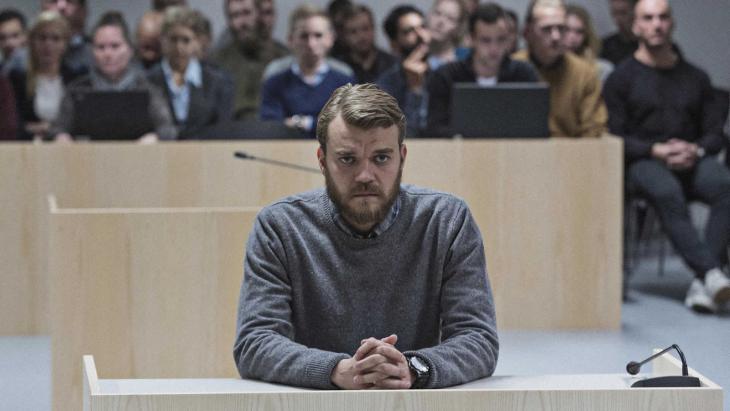 Released in 2015, Tobias Lindholmʹs "A War" was nominated for an Oscar in the category Best Foreign Language Film. Part frontline thriller, part courtroom drama, the film examines the simple question: what do you do, when there is no right answer? By Hans Dembowski

"A War" tells the story of a Danish officer. Though it does not teach you much about Afghanistanʹs problems, it provides an accurate assessment of the ethical dilemmas that European troops have faced – and are still facing – in that far-away country.

The officer commands a rural outpost. His troops regularly patrol the area and sometimes get involved in skirmishes with the Taliban. Morale in the compound declines after one of the soldiers is killed. Some soldiers say they feel like targets. They do not have the impression that they are making any meaningful difference.

The officer tells them their duty is to protect civilians so that the latter can rebuild their country. To show his solidarity, he decides to personally lead the patrols. During the next skirmish, another soldier is severely wounded. A helicopter is needed to save him. To ensure airborne support, the officer tells headquarters that enemies are shelling his troops and a helicopter is needed to bomb the building the attackers are in. The helicopter arrives, destroys the bombed building and rescues the injured soldier.

Soon after, the investigations begin. Neither insurgents nor weapons were found in the ruins of the building, but a number of civilians were killed. The officer is accused of a war crime and sent back to Denmark to be put on trial.

Happy to be reunited with his family, he now has to worry about a prison sentence that might separate him yet again from his wife and children. 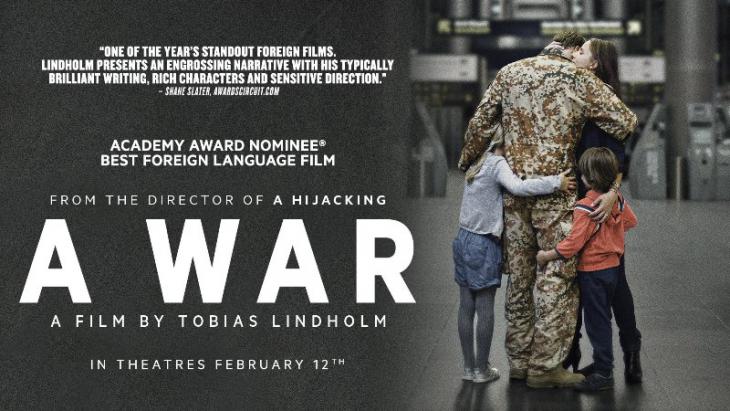 Whom do you save? Lindholm’s "A War", in which – apart from the main characters – all the soldiers were played by actual Danish troops who had served in Afghanistan, addresses the timeless moral impasse

His lawyer tells him he must say that his request to have the building bombed was based on reliable information. If he does so, he is likely to be acquitted. Otherwise, he will certainly go to jail. The lawyer admits that he is neither interested in ethics nor the truth; his job is simply to get an acquittal.

In a private conversation, the officer tells his wife that he cannot lie. His wife responds that she and the children need him. Before the court, the officer claims to have had reliable information, but that he can not recall the source. His statement barely seems credible. One of the soldiers was wearing a helmet cam during the skirmish. There is footage showing the officer shouting that he wants the helicopter, but does not care who is in the building. In the end, one of the soldiers appears as a witness and claims that he saw gunfire coming from the building during the skirmish. He says he informed the officer. The statement is awkward, to put it mildly, but the officer is acquitted.

The film makes it quite clear that the commanding officer faced a dilemma during the skirmish. By ordering the building to be bombed he broke the rules according to which he had to protect civilian people. On the other hand, his duty was to save his soldierʹs life, and the attack on the building served that purpose. Had he not given the order, the injured man would have died. Against this backdrop, there were no better options.

The screenplay makes no judgement. It shows a judge and jury happy to accept the dubious witness statement as valid because they do not want to punish the officer. It is made quite obvious that they empathise with him.

The implication is impunity after a war crime. The movie shows the officerʹs strong feelings of guilt, but does not offer a solution. In the ancient Greek sense, the ethical dilemma is tragic, because however the hero acts, he is doomed.

In Denmark, the rule of law is taken seriously, while in Afghanistan various armed groups, including NATO troops, take the law into their own hands. People who live in Denmark cannot understand what is going on in Afghanistan: even the troops deployed to the country remain largely clueless. They donʹt speak the local language, they are homesick and they do not think their mission is achieving anything. Against this background, the Danish court breaks with Danish law and acquits the involuntarily guilty officer.

Home
Print
Newsletter
More on this topic
Fighting the Taliban in Afghanistan: Where the warlords still hold swayDeportations to Afghanistan: No safe country of originU.S. operations in Afghanistan: War without end
Related Topics
Ashraf Ghani, Cinema, Justice, NATO, Rule of law, Taliban, U.S. policy in the Middle East
All Topics

Just as the Islamic Revolution fundamentally changed Iran 43 years ago and had an impact far beyond the country's borders, the current wave of protests sweeping the country is set ... END_OF_DOCUMENT_TOKEN_TO_BE_REPLACED

One year ago the Taliban returned to power, seizing Kabul; the U.S. and its allies made a panicked exit from the country. Of all the books written on the subject, four stand out ... END_OF_DOCUMENT_TOKEN_TO_BE_REPLACED

Jonas Poher Rasmussen's Oscar-nominated animated documentary “Flee” focuses on the life of a refugee from Afghanistan. Based on a true story, it centres around the question: when ... END_OF_DOCUMENT_TOKEN_TO_BE_REPLACED

The Biden administration could have used Pakistan’s economic crisis to compel the country to sever its longstanding ties to terrorist groups. Instead, the U.S. protects and ... END_OF_DOCUMENT_TOKEN_TO_BE_REPLACED

No country in the Islamic world is influenced as strongly by the traditions of Sufi culture as Pakistan. Yet the Sufis there have been under attack from Islamic hardliners for ... END_OF_DOCUMENT_TOKEN_TO_BE_REPLACED

END_OF_DOCUMENT_TOKEN_TO_BE_REPLACED
Social media
and networks
Subscribe to our
newsletter